Projects that have specifically been abandoned or considered "dead" get moved here, so people will quit bumping them. If your project has wound up here and it should not be, contact a moderator to have it moved back to the land of the living.
30 posts

This is my first map, don't expect much. I just got bored and made something.

I suggest turning off the music, because it's supposed to be scary o_O!

It's a lot less mazy, no half assed dynamic lighting, in fact, there is no "dynamic" lighting, just run straight, duck, stand up and shoot. Same Idea, kind of like an arcade shooter from the nineties. I'll do something else sooner or later. Choose Ultra Violence or Nightmare (Nightmare is damn near impossible since they'll be monsters up your rear end the whole time) and you'll have to fight a Cyberdemon instead of an Arch-vile at the end.
Last edited by Lolazer on Mon Jul 05, 2010 5:12 pm, edited 2 times in total.
Top

Ok, I'm going to test it out. Feedback when finished :O
Top

Ok, It actually wasn't that bad for a first map. The "dynamic" lighting isn't very dynamic at all. Sorry. You know pressing [ or ] lowers the grid size in doombuilder, so you can make more shapes than squares? It's pretty damn useful. Also, in the first room, you can get shot at through the walls. This is most likely because you changed the line to not block projectiles/sight. you may want to fic it. I did however like the part with the mancubus. The notches in the walls were pretty damn useful in dodging his attacks. Anyways, I would give it a 6.5/10 for the thought. It CAN be improved, but you just need to put more time in it. Also, it's too short :< My favorite part of it was plowing through the rows of enemies with just a shotgun.
Top

Sephiron wrote:My favorite part of it was plowing through the rows of enemies with just a shotgun.

I always liked those old arcade shooters like Area 51 with the waves and waves of enemies. I thought it would be cool to do something like that in Doom (even if I couldn't do it very well).


Sephiron wrote:I did however like the part with the mancubus. The notches in the walls were pretty damn useful in dodging his attacks.

I liked the segments where you were going in and out of cover in arcade shooters as well, they made you feel like you were in a real gunfight, and also made the game possible. That's why I had all the notches

for your first map, it was actually pretty good. I liked the mancubus at the end, but sadly, he had to die.

Edit: Wait a minute, that would make a pretty good insignia or watermark, a Wolf SS.
Top

Edit: Wait a minute, that would make a pretty good insignia or watermark, a Wolf SS.

No, it wouldn't. It'd be dumb. Even a few Oblige 0.** random levels on occasion sprinkled these guys around on standard maps.
Top

Yah, it would be like a watermark that said n00b.
Top 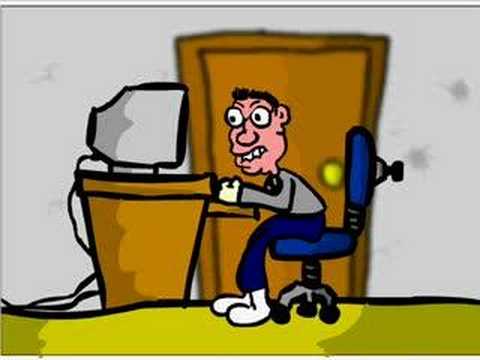 As simple as it was, your second map was pretty damn fun.I miss the old shooting gallery style games like carnevil and area 51. I thought It was actually a pretty cool idea to have the player dodge the projectiles in such a small area. I pretty much just crouched in that small hole shooting at everything (especially the chaingunner, he was probably the hardest to kill because he never stops shooting >:|) And then once you finally kill the archvile from a distance, you would think the level is over because of the skulls being right there, but once you get right up to It you have to fight 2 or 3 pain elementals (Which didn't do anything, actually, because the wall was too hight) and then you could leave.
Top

Good level, but the pains were a bit useless because of what sephiron said, height.
Top

Finally a map that makes intelligent use of crouching and jumping! (though a warning would be nice - I spent about fifteen seconds on the second map looking for a secret way out and I'm sure more oldskool players would have an even stronger assumption that jumping isn't necessary to finish the level.)

I really like this style - utterly minimal, fast-paced without the "oh frak you're being attacked by 20 sarges before you're conscious that the level has loaded" effect, aware but not self-conscious of the limitations of the engine.

Also both maps work pretty well with Hideous Destructor so don't mind if I add them to the list.

I voted to try something different. A level with custom monsters from this site would look cool.
http://www.realm667.com/
Top