Looking for suggestions/requests/wishes for the next release (1.9), just post any ideas as a reply to this thread.

Already in development is the ability to open a bank account and accumulate interest on your savings.
Top

Yes, it was a bit too advantageous
Top

That's interesting, since Create Mana hasn't been changed since your playthrough on SE 1.5.1.
Top

This year's trailer is out now:

Scattered Evil 2.0 is now available on SourceForge and ModDB.

se20shot08.jpg
Monster Models
se20shot05.jpg
NPC Models
se20shot01.jpg
City Updates Gameplay Changes Miscellaneous Changes
You do not have the required permissions to view the files attached to this post.
Top

Seeing is believing! The short video below shows off the new animated 3D models in action.

This year's trailer is also a birthday celebration for Hexen, Vavoom and Korax' Heritage.

Scattered Evil 2.2 is now available on SourceForge and ModDB.

se22shot02.jpg
Journal Redesign
The Journal has been rebuilt from the ground up - not just visually, but also in functionality.

Sleeve
The left quarter of the Journal view stays the same on all pages, showing general information. Chapters
All chapters are now single pages with dynamic overlays that change the displayed content when moving the focus to another list item.
se22shot01.jpg
New feature: Crafting Treasure improvements RPG Complexity differentiation Revamped key management Miscellanous fixes and improvements
se22shot04.jpg
You do not have the required permissions to view the files attached to this post.
Top

I don't know what I'm doing wrong here but my saves are getting corrupted somehow as soon as I exit. When I start up again and load a save, the RPG mode gets set to "off" and half the time the game crashes when I hit the inventory key: 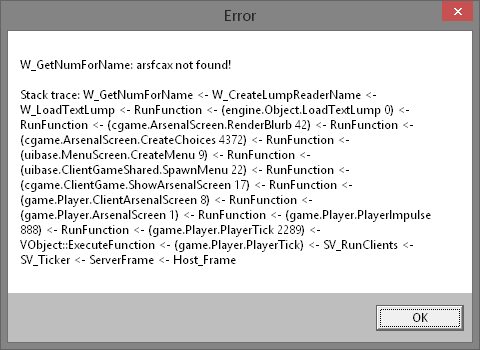 I've tried with fresh downloads from both sites, running on default settings with the hexen wad from GOG.
Top

https://www.koraxheritage.com/se22hotfix1.zip should fix this specific error crashing the game.

There is still the underlying cause of save game and config file mismatch (this is a generic engine issue that I've been working around piece by piece). The quickest fix for that is to start a new game with the same RPG complexity setting and the same class as your save game, then exit the game. After that, you can start the game again and load your save game.
Top

Which soundtrack is this and where does it comes from???
Top

Scattered Evil 2.3 is now available on SourceForge and ModDB.

You do not have the required permissions to view the files attached to this post.
Top
149 posts