Spoiler: Bloated preamble
This mod is unfinished, and I can't promise it will be finished, but it's mostly feature complete and decently polished where it counts, even if there's some missing assets and details that'll likely become apparent. I haven't worked on it in earnest for a while due to my motivation being sapped by some personal matters as well as regular ol' depression. A part of me wants to finish K: A, but a larger part feels it's pointless. Releasing it in this state pains me, but a fair few people have played it and said something along the lines of "this is incomplete?", and I'd feel slightly better releasing something unfinished publicly than having teased it before proceeding to totally abandon it, as I've unfortunately done a few times before. I hope you're able to find some enjoyment in it.

What is this?
A gameplay mod for GZDoom replacing weapons and (most) items. The lineup is relatively standard in functionality and mostly focuses on (hopefully) being satisfying to use and well-balanced. Quick-throw grenades are available as well as toggle behavior for the Radsuit and Lightamp powerups, and exactly four weapons have altfires. Be sure to check the controls!
No changes are made to monsters, so feel free to supply your own.

Why is this post so bare?
I'm making this thread and releasing an unfinished mod as a spur-of-the-moment decision likely influenced by exhaustion, I don't want to give myself enough time to change my mind on doing so, plus there's really not much to say about this mod.

Why's it called that?
Kan is the name of the protagonist. He's an old barely-fleshed-out character of mine that I rebooted for this mod. That's really all there is to it, I'm bad with titles. 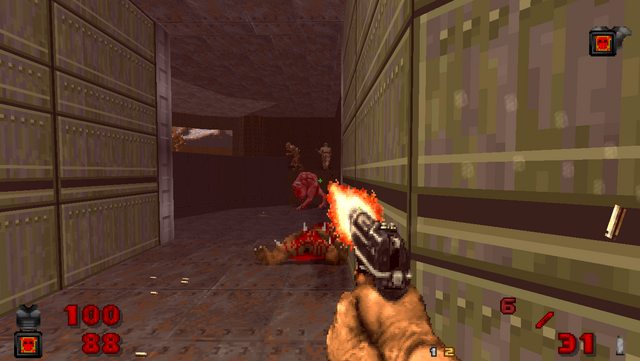 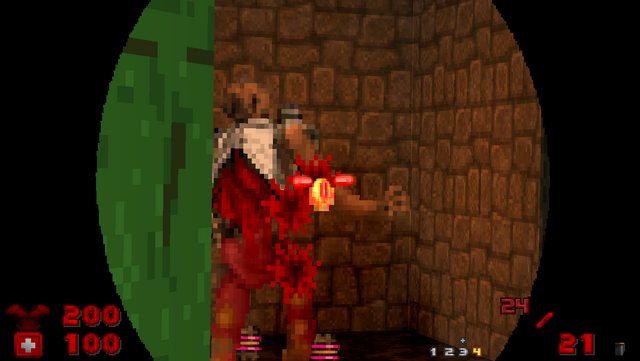 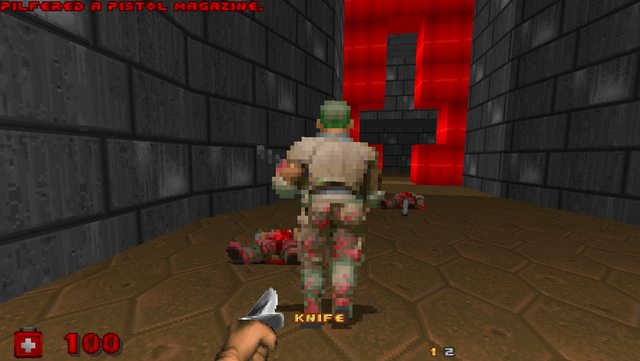 Get this mess here!


Note about credits!
There's a good chance I've forgotten to credit somebody in one or more sections of the credits. If you recognize something that isn't credited, please tell me and I'll fix that ASAP. The credits shown below can also be found in the mod's files in .txt form.

-Various medical item sprites (including berserk base) created by Cybermeme

//Other
-Kan voicelines taken from The Elder Scrolls V: Skyrim by Bethesda

Enjoying it so far. Some mechanics are certainly interesting. Weapons are powerful but you can't go trigger happy with your limited ammo pool, and sword is actually pretty useful (when I don't slash explosive barrels by accident).
Also noticed a little visual bug with the shotgun: when you select/deselect/reload it, a red dot slides around at the top of the screen. 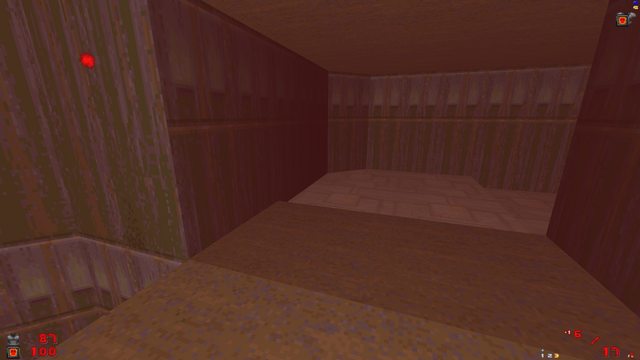 I've been longing for this! Samarai1000 is a stamp of quality. Can't wait to get home!
Top

Holy Mother of God, the weapons feels awesome to fire and it even has a sword!
I love this new Era of modern doom weapons
Top

Man you learned a lot from Hell caliber, i also have to say that when i got the plasma replacement it crashed gzdoom, but sadly it didn't print out any errors or anything, it just crashed.
Top

very cash money weapon mod, everything feels extremely C R I S P and fun to use! My only real suggestion is to maybe buff the shotgun's damage a bit, seeing as it's the only shotgun.
Top

Played this mod few days ago and my and my... This is brilliant! The weapon feedback, sound design, reloading animations and pace of the gameplay are all flawless. It's about time playing high-quality addictive gameplay mod for real. Maybe max ammo capacity might be significantly decreased, this adds tactical experiences where you have to be witty with the ammo consumption. And the sword does some big help with reflective blocking, too.

Spoiler: And here are my feedback!
- Armor bonus items are rather tiny so i have quite the hard times looking for 'em.

- The spend magazine sprites float once they land on the floor, if you look close enough.

- The Grenades are versatile and even can be used while wielding any weapon. That's good and all but because of them being always timed, the attacking speed can be rather slow. I thought using nades on the hordes of Revenants was a good idea to dispatch all but man they mostly missed the target. Would be convenient if there's a new weapon or method to detonate them upon immediate impact.

- Player would play random failuse grunt voice clips whenever i touch the wall. And sometimes they play missing clip that is silent. It's confusing to me because i mistake some doors or walls can be activated somehow, while they're really not.

- Explosive Barrels to skid around unlike in vanilla doom once they get hit, for some reason.

- When the Berserk Serum effect is about to go off, the message would say, "Feelings of Invulnerability... Fading...". It protects you greatly but not as in no-damage level of protection. You receive no damage from Gauss trails, though...

- Weapon pickup items would play vanilla doom one. Since the messages are all RoTT-related, perhaps might be cool to hear the one from the said game! Just wondering.

Feedback aside, this is still great. Lastly i love the minor details like you can add more ammo to bullet based weapons like IRL, and when i start moving the cloth rustling sound plays.

And lastly, the best mod with Machine Pistol award goes to this mod. Overall design and the sound effect make this gun beautiful. Nice job!
Top

Captain J wrote: ↑Mon Dec 05, 2022 2:39 pm
- The Grenades are versatile and even can be used while wielding any weapon. That's good and all but because of them being always timed, the attacking speed can be rather slow. I thought using nades on the hordes of Revenants was a good idea to dispatch all but man they mostly missed the target. Would be convenient if there's a new weapon or method to detonate them upon immediate impact.


The grenades have an on-impact explosion alt-fire
Top

For some reason i literally forgot to check that out. My bad and nvm. Weaponry is nicely balanced!
Top

Great little mod! I think my only bigger things I'd like to see added would be some sort of super shotgun equivalent (the SMG is good, but feels weird as the secondary 3rd slot weapon) and a rocket or grenade launcher for slot 5. Maybe a bit more "oomph" for the firing sounds of some of the weapons like the shotgun and assault rifle as well.
Top
14 posts • Page 1 of 1