Forum rules
Before asking on how to use a ZDoom feature, read the ZDoom wiki first. If you still don't understand how to use a feature, then ask here.
3 posts • Page 1 of 1

So I'm making a revamped version of Batman Doom, and I made a 3D model object, a crate with gold bars in it.

For reason I genuinely cannot comprehend, the model displays correctly if I spawn the actor through the console, but the model is not display at all in the editor, or when place in the editor.
A different model, a bench, works just fine when placed in the editor. 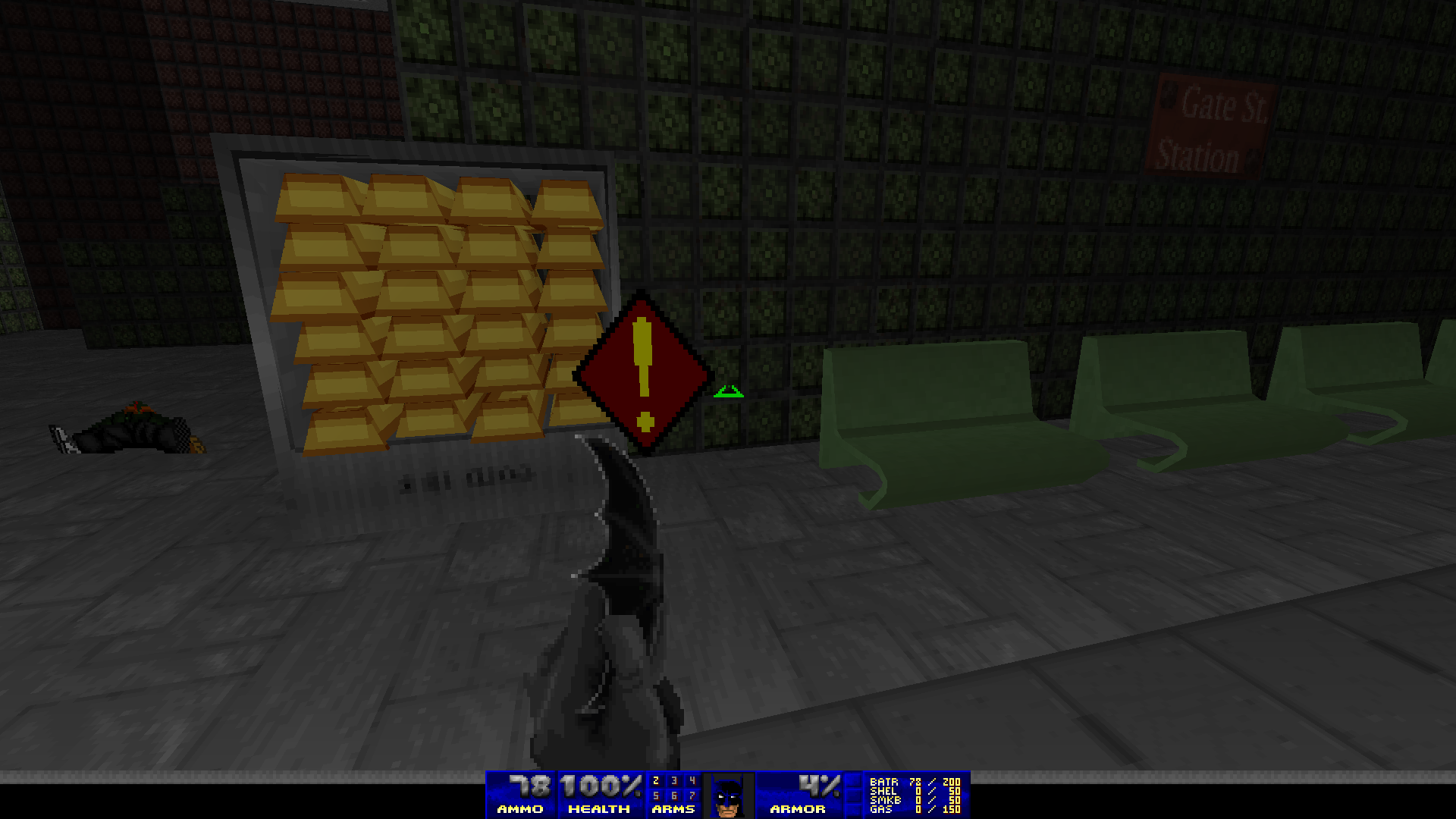 I am completely at a loss.
Here's the modeldef:

I've tried changing the model index name (it used to be GOLB and GOLX), DoomEd number (it used to be 780) and SpawnId (it used to be 125 like in the benches). Also some of the X Y Z offsets used to be negative, but that also wasn't it.
It feels like I'm probably doing some insanely silly mistake, but I have no clue what could it be. I also tried changing all SCALE values to a decimal point numbers, but this also changed nothing.

Only thing I noticed is that when I hover on the placed Goldbars in the editor, the editor shows me that associated sprite is "MOD3A" instead of "MOD3A0". But I have no clue why would that be.
Top

Re: Model won't place in editor

The only difference is that the goldBars box uses sprite called MOD3, while the other models use MOD2. Looks like you have no sprite called MOD3 in your archive. Try changing it to MOD2 and see if that helps.
Top

Re: Model won't place in editor

Thanks, I realized I was being an idiot and ran into a problem that is *literally documented* on the wiki, that a 3D model will not display properly if the first spawn frame is assigned to a nonexistent sprite, so you gotta either make sure that very first frame is TNT1 or simply make a sprite.
It's just somehow my ADHD brain somehow zoomed past this description while reading.
Top
3 posts • Page 1 of 1