I'm happy to announce that Infested now has an Episode 2! Download link is here: https://drive.google.com/file/d/1iqptiZ ... share_link
I'm happy with the episode in this state, but if any further bugs/problems turn up, I'll patch them later.

Infested is a GZDoom-compatible UDMF mapset that currently (October 2022) has 7 maps split into 2 mini-episodes.

Design goals: If I had to pick 4 influences on this work, in no particular order they would be:
The first episode was released in 2021 and won a Cacoward, and now the sequel is here!

Difficulty wise, UV is intended to be somewhere between Eviternity and Sunlust - difficult at times but manageable, especially with saves.
HMP has fewer monsters and should hopefully feel about the same as popular megawads like Eviternity, Valiant, etc.
Lower difficulties don't further reduce the monster count, but they make things easier in other ways - more pickups, fewer traps, etc.

I would like to thank the denizens of the Hellforge discord for their help and support. Great place to be for aspiring GZDoom mappers.

I've enjoyed a ton of Doom WADs both new and old over the past few years, and a few of them have rubbed off on the development of this one. In any event, this project is my way of giving back to the community, so I hope someone enjoys it and keeps spreading the joy of DOOM. 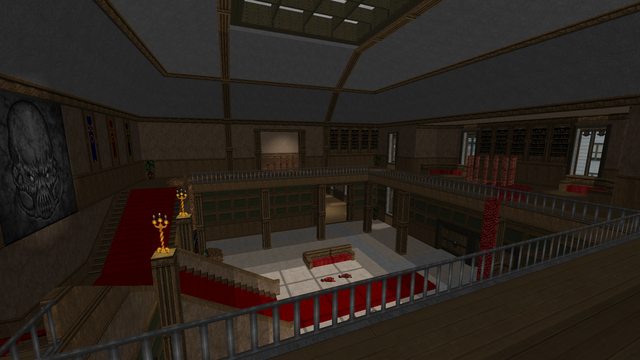 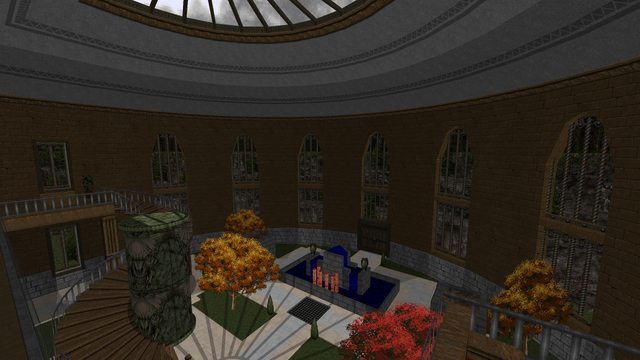 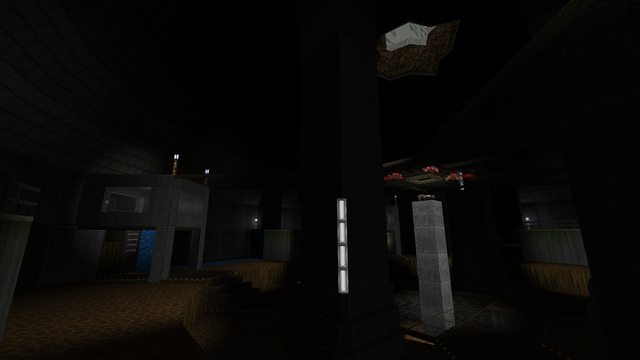 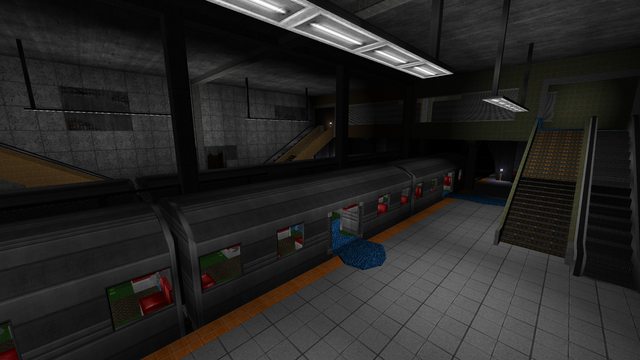 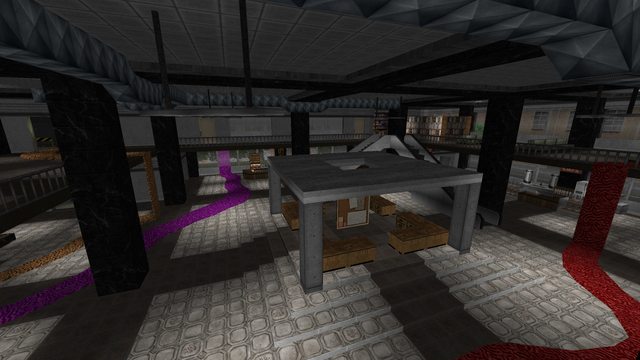 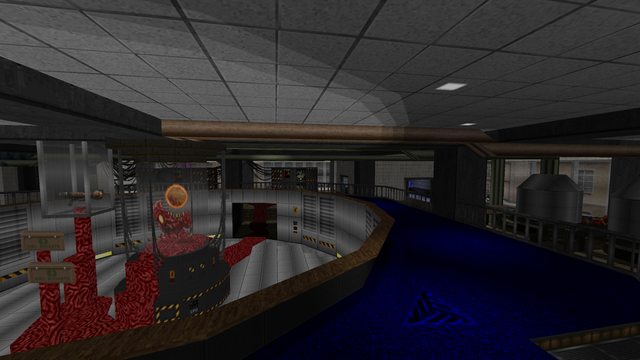 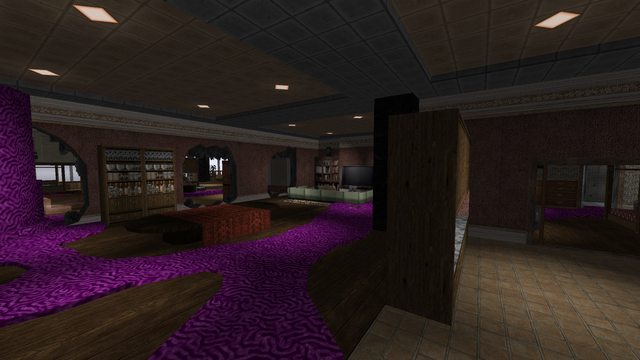 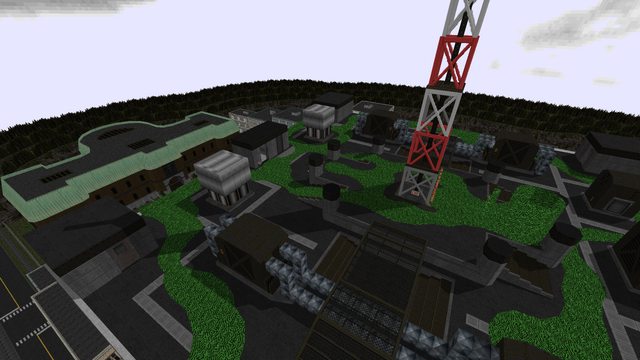 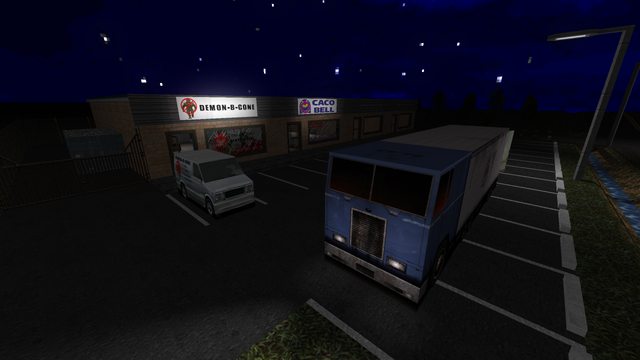 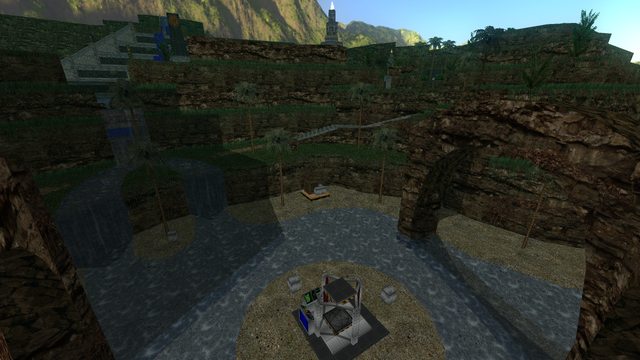 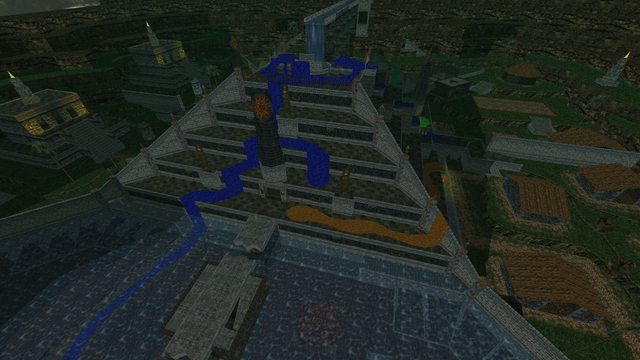 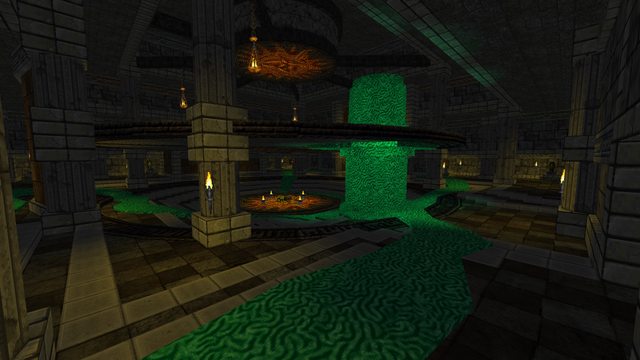 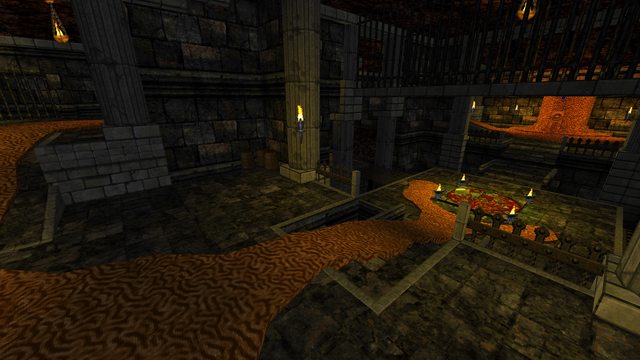 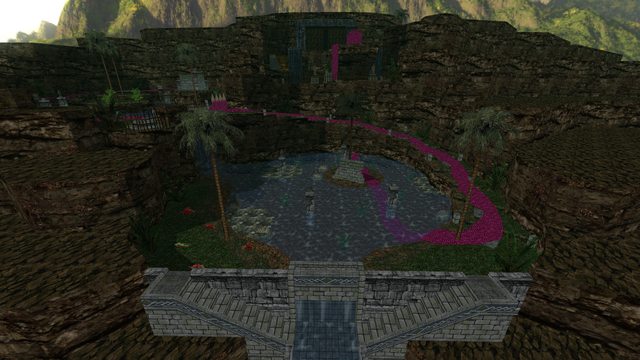 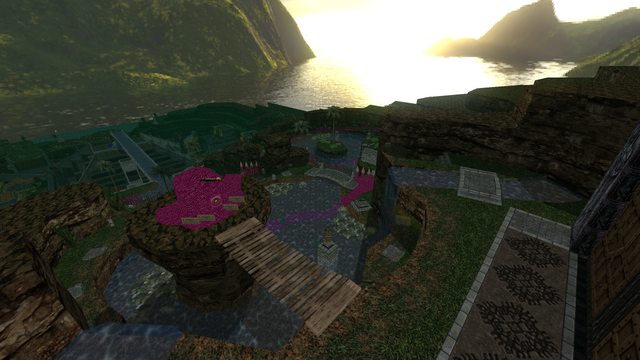 MAP07 - Alone in the Darkness 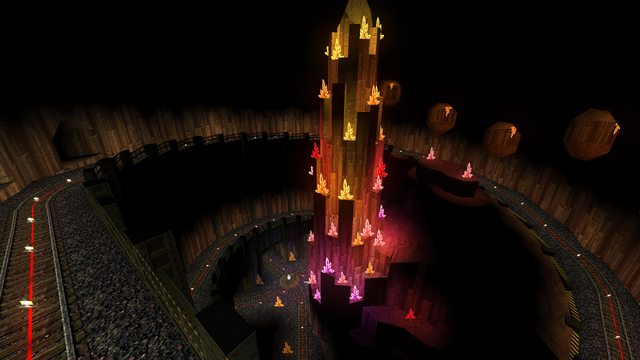 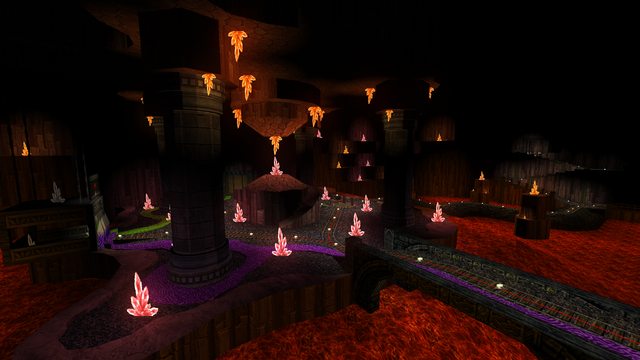 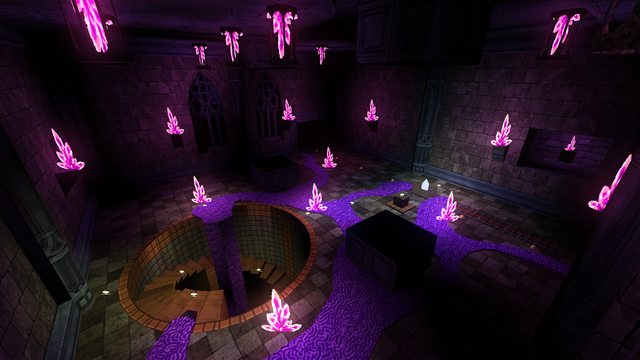 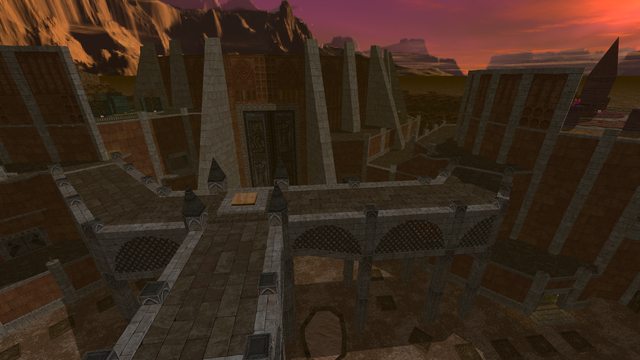 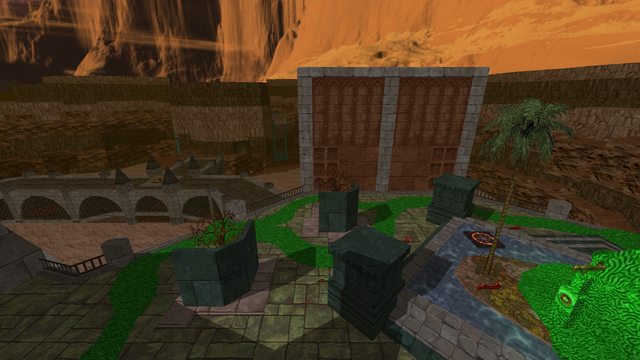 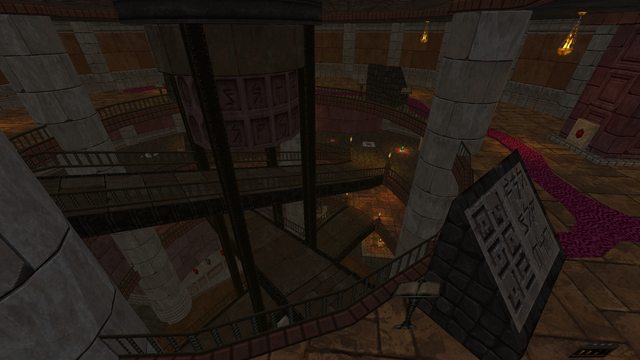 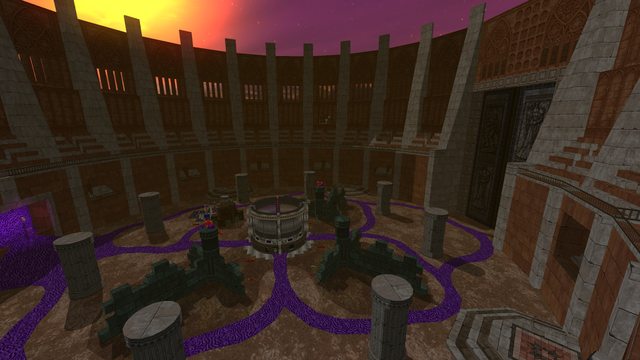 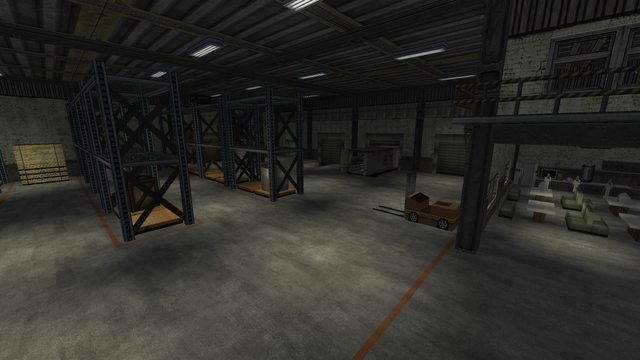 I'm not seeing any responses on this topic for some reason. Regardless, this looks awesome!
Top

I enjoyed it, good work!
Top

is this mapset compatible with mods?
Top

I have used both Meatgrinder and Ultra Crispy with it.
Top

Holy mackerel, these screenies really wanting me more of this.
Top

i tried playing with hideous destructor mod, and it crashed on me, the reason being:

I haven't tested this with many mods, but I can tell you that it works with Supercharge, and does not work with Corruption Cards.

CC loads just fine and you can even pick your cards, but it seems to break the monster spawns for gore nests and various map areas. The monsters in the holding closets should start as Dormant, but for some reason CC starts them as active, which lets them move around in their closets and the result is that the TeleportGroup function doesn't move them to where they need to go.
Top

Any plans on a sort of mod compatible version? Sort of a vaccinated edition if you would.
Top

bigthunk wrote: ↑Mon Nov 14, 2022 5:08 pm Any plans on a sort of mod compatible version? Sort of a vaccinated edition if you would.

Mod compatibility isn't really in my wheelhouse and its not one of the goals of this mapset, but if there are some quick fixes that can be made that would fix compatibility with some mods I'm open to making them.

In any event, Infested should be compatible with lighter mods that do things like cosmetics, weapon and monster replacements. Most of the vanilla monsters are unchanged, and the new monster variants don't replace the original classes. Weapons are a bit trickier - some of the original weapons are tweaked or replaced, but the new weapons are their own classes. Any mod that does a DoomPlayer replacement (and I just realized that Supercharge does this) will likely cause issues with Infested, like not being able to change to certain weapons with the weaponslot keys.

I probably will look into Corruption Cards compatibility though, that mod is really robust and apparently has the ability to read custom lumps that help with compatibility.
Top

Download link has been updated with v2.02, which adds a CCARDS lump for compatibility with Corruption Cards.
The card picking mechanics now work without breaking monster teleporters, but as usual with CC, there is no guarantee that specific cards (or combinations) won't break or severely unbalance a map

I've also added some weaponslot number redundancy which could possibly help a bit with mod compatibility, but any mod that replaces vanilla ammo types (like Supercharge) will almost certainly cause issues and I don't see any easy way to work around that.
Top
12 posts • Page 1 of 1