Please make a new topic for every bug. Don't combine multiple bugs into a single topic. Thanks!
1 post • Page 1 of 1

When using the software renderer, Camtexes drawn with hudmessages will not update properly and instead show random garbage from vram. If you were previously running the game in hardware mode and something was rendered to that camtex, the camtex's contents will remain from when it was in hardware.

With the OpenGL backend, the contents of the camtex just seem to be black rather than undefined data.

Here's a screenshot of the problem with KDIZD's intermission: 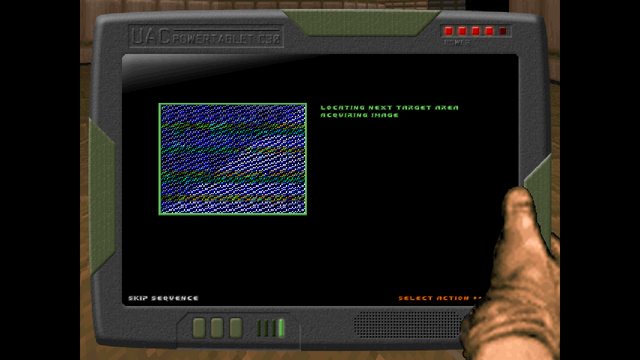