This is my first map, I made it by just messing around with Ultimate Doom Builder and made this, it may not be great but its all I can offer for now.

- It aint' much but its honest work

I mean, it's basic and has a real 1995 kind of vibe to it but, you know what, you've made a map, it works, has a bit of logical progression to it (complete with a key backtrack), does what you intended and was fun to play through for a short distraction.

The first of many I hope.
Top

- I did some work around the map and edited some stuff...
Added things in Version 1.2:
- Texture Re-Designing (So That It Looks better)
- Added More Space To Some Of The Rooms
- Better Stairs

*If You Didn't Know Before, The WAD Is Ment To be Played on UV/Hurt Me Plenty

Don't Forget Guys, I'm Open To Criticism As Long As It's Constructive!

Is that supposed to happen when clicking on your link? 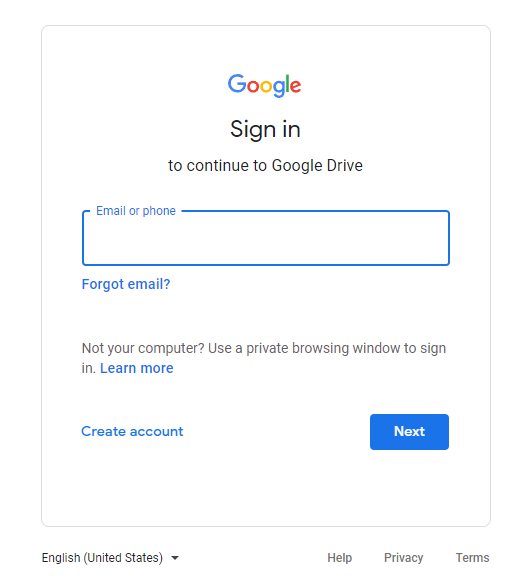 I've been able to download pwads from Googledrive before, without having to sign up.
Maybe Mediafire is a better place for downloading?
Top

Kappes Buur wrote:Is that supposed to happen when clicking on your link?

I've been able to download pwads from Googledrive before, without having to sign up.
Maybe Mediafire is a better place for downloading?

Oh, well thank you for telling me that, let me try and fix it
Top

Thanks to Kappes Buur, I found out that the link to the 1.2 update does not work.

So from this moment on, I will post my updated WADS through a MediaFire link.

Once again, thank you Kappes Buur for pointing this out 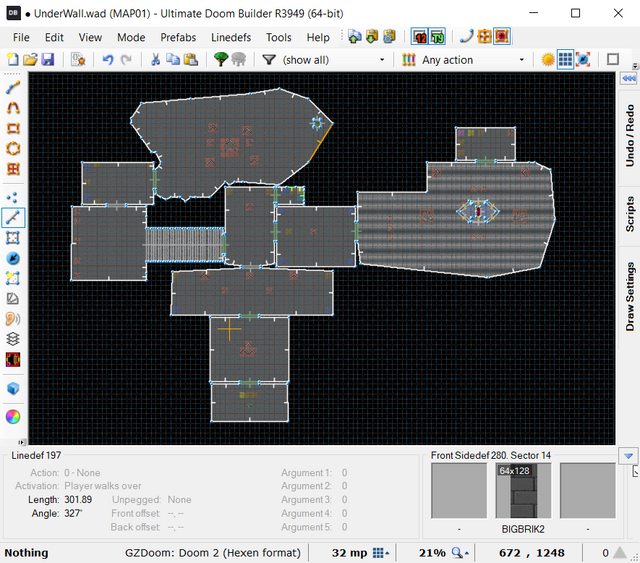 Very much what Enjay mentioned.

Maybe something like this for example, to liven it up a bit 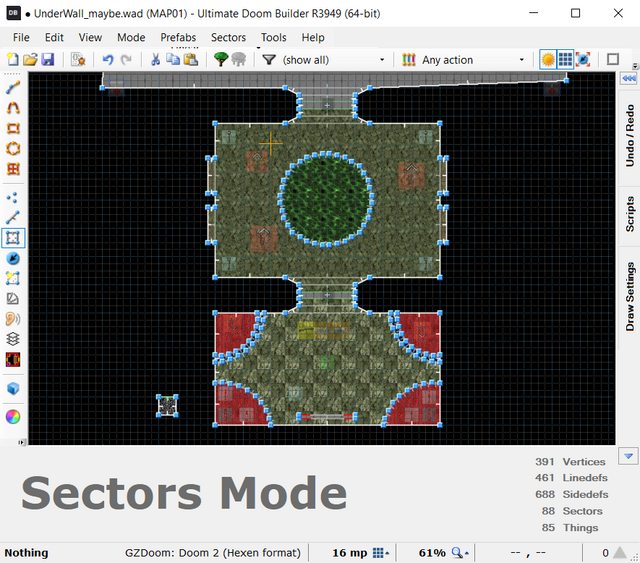 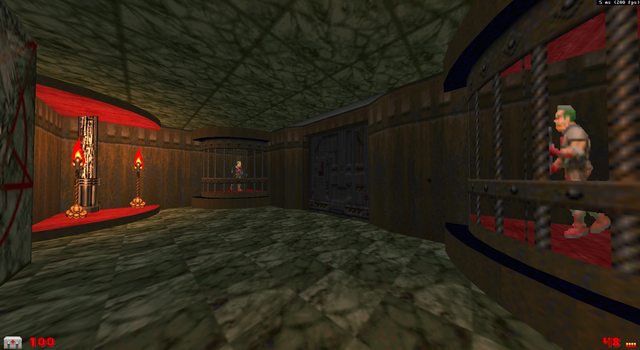 to liven it up a bit

Simple things can make a big difference.
You do not have the required permissions to view the files attached to this post.
Top

Cool, I'll add some stuff to "liven it up"

MrBlaskovitz wrote:Cool, I'll add some stuff to "liven it up"

- Sorry for the long wait time, I had some personal stuff going on, had to make up a concept, think of a good level design, add some details, and some procrastination (hey, that's what ADHD does to ya, I guess

- hope you have a great day!

-Hope You Guys Enjoy It!

A few things to consider-
Lighting: your maps are much the same light value everywhere. Variation helps and the contrast between light and dark really helps the mood of a map.
Doors: most of the ones in map01 are the same height as the room and the same width/depth as the wall. As a general rule, both of these things look bad. Setting doors into alcoves looks much better.
Features/details:The rooms are very plain. Consider adding some more points of interest to the walls and elsewhere.

Spoiler:
Just a quick and dirty 5 minute edit to your starting room:

It's now gloomier, has a recessed door (with doorstops) and looks more interesting. 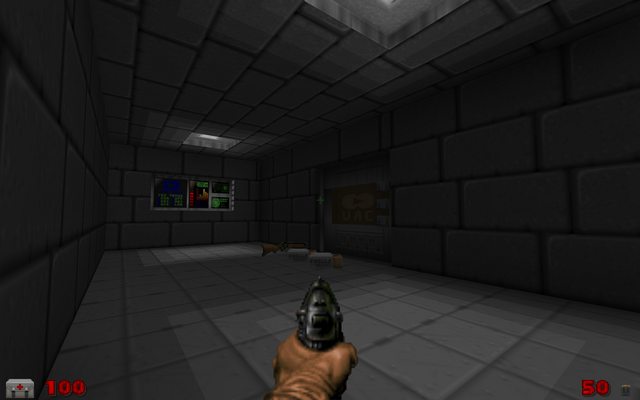 BTW, I think having large areas use SHAWN2 as a ceiling with no interruptions doesn't look great either.

Height: your maps feel very flat - i.e. they have mostly the same floor height and ceiling height throughout. You've got some variety in there, but more wouldn't hurt. Consider MAP01 of Doom2. It's a very small map that can be completed in seconds but it has several floors at different heights (including a drop off one floor, to a lower on and then a triangle shaped set of steps right from the outset.

I like how you've tried to mix things up on MAP02 but many of the above comments still apply.

I'm also a stickler for the rule that key requiring doors should be marked with suitably coloured textures (DOORBLU etc). You did it on MAP01 but not MAP02.

And a couple of specific things.

The door into the final room of MAP01 is bugged. Look back at it after you enter the room and you can see that there are textures missing (especially obvious if the door is open).

On map02 there is a mancubus beside the blue key that is stuck in the wall and therefore harmless. Is this intended?

And a couple of texturing tips from John Romero:
Wherever you have a change of texture on a wall, put some kind of border between the two (see how Romero used SUPPORT2 a lot in Episode 1) 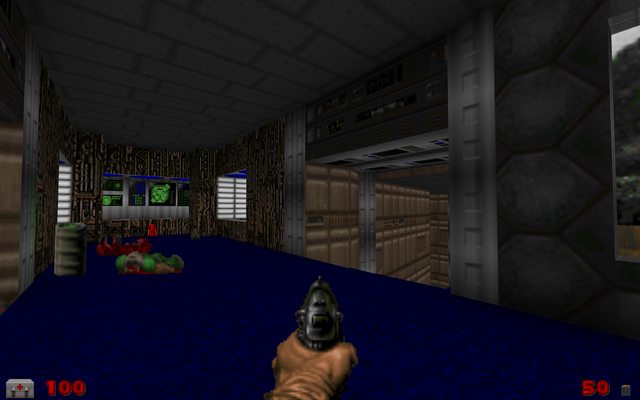 Of course, a lot of the Ep1 texturing looks a bit rough and misaligned these days, but the principle is still very sound. 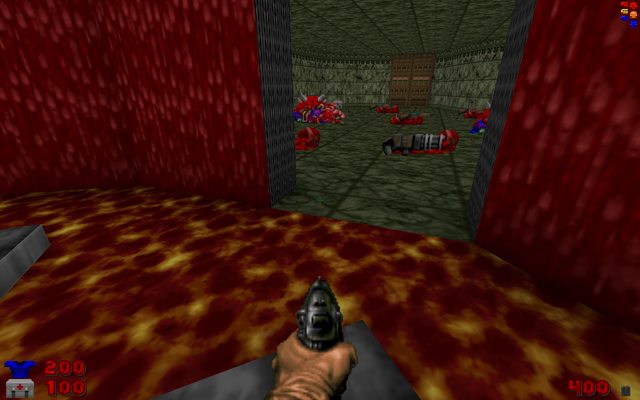 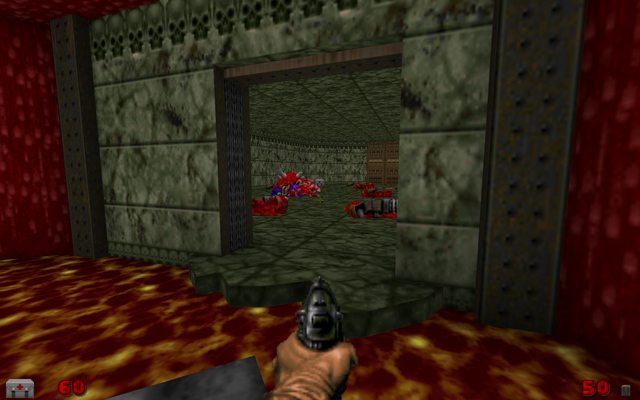 All of the above are easy things to do but they can make a big difference to how your map looks. Like I said before, you've got some functioning maps, and that's more than many people manage. So that's a good start. Just keep working on it.
Top

Quick Update On the Situation

--Since I Was Busy Because Of School And My Part Time Job + Some Other Stuff, I Sadly Wasn't Able To Work On UnderWall, I Just Simply Didn't Have Enough Time

--My Summer Break Just Started So, I Will Have A Much Bigger Amount Of Time To Work On This!

What To Expect In The Next Couple Of Months(I Promise Everything I Say Here): A Third And Fourth Level, More Attention To Detail, Metter Map/Level Design, Multiple Boss Fights(Including Mini-Bosses) And Many Other Things

--Slight Delays May Occur, But This Won't Be A Cyberpunk Type Situation (You Expect Something Big, But The Outcome Is Shit)

--Just You Guys Wait, This Is Gonna Be Awesome