The time has come...

Following the legacy of my previous remake (E1M3 - Toxin Refinery Remake) back in 2019, I decided to make another one following the same rules: I am not allowed to place anything in the map (monsters or items) that was not present in the original. And the result was this, an atmospheric remake that tries to capture the suspense (pun intended) and darkness of the original Phobos Lab from 1993 but making use of advanced UDMF features such as 3D floors, dynamic lights, portals and much more!

Every corridor and room has been scaled up and given a modernized look bringing a sense of a believable place without sacrificing the gameplay. In addition to that, the map is accompanied by a fantastic track created by our talented musician Jimmy, so make sure to turn the volume up to get the best experience possible!

Shout-out to the testing team ( Bridgeburner56, Major Arlene, Remmirath, CyanoBlugron, Jimmy, Nevanos, Numnzel, Gardevoir, and Dragonfly ), this map wouldn´t be the same without your feedback! 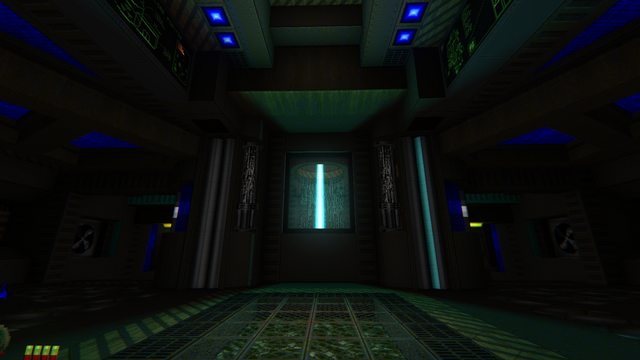 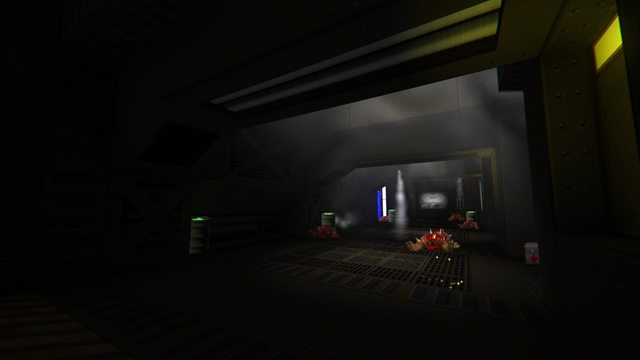 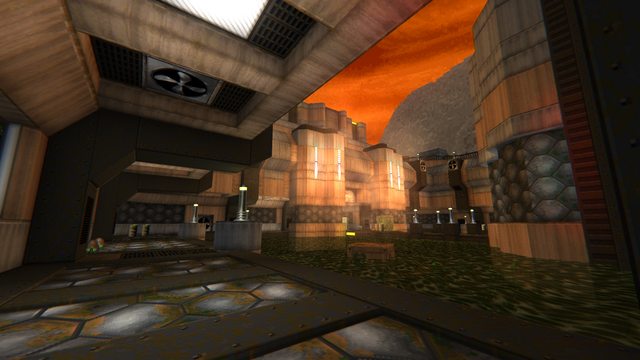 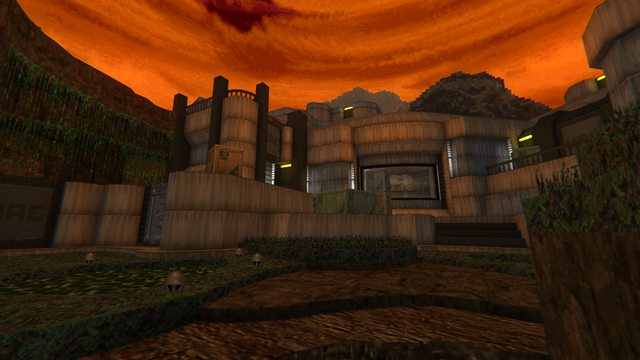 What IWAD should I use to play the map?
This map will replace E1M5 so The Ultimate Doom IWAD is the way to go. The map is also configured to select it automatically for you.

Will this be mod compatible?
This is just a map with some minor sfx, new textures and music so it should be compatible with all mods as long as they don´t break the scripts.

Have you planned any other remakes for the future?
There is another one coming very soon... Stay tuned!

What should I use to run the map?
GZDoom 4.5 or above with dynamic lights, shadowmaps and brightmaps enabled. Jumping and crouching are allowed.

Guardsoul wrote:In addition to that, the maps is accompanied by a fantastic track created by our talented musician Jimmy, so make sure to turn the volume up to get the best experience possible!

Guardsoul wrote:In addition to that, the map is accompanied by a fantastic track created by our talented musician Jimmy, so make sure to turn the volume up to get the best experience possible!

Wow, this is stunning - a fantastic reinterpretation of the original E1M5 (one of my favourite Doom maps ever). It remains very faithful to the layout and progression of the original but modernises it in an amazing way, with stunning visuals that manage to remain very Doom-like. I really liked your E1M3 (also a favourite original map of mine - and I can't believe that I forgot to post in that thread) but, for me, this is even better. Some of the machinery and other scenery pieces are just stunning - using the engine in ways that beggar belief. Great stuff.

I like the gameplay too. It ramps up the original difficulty a bit, but doesn't take it to stupid slaughter levels or anything. Like the rest of the map it's a nice modernisation rather than a completely unrecognisable re-doing.

And yes, the music: Suspense is my favourite original Doom track ever and Jimmy does a fine job of his interpretation of that too.

All together it's a great package. Really, really good.


Any nit-picks? A couple of minor ones:

1) I didn't like the insta-kill drop in the ducting. I thought it was unfair and didn't come with any warnings (not that I spotted anyway). I only dropped down there because I couldn't figure out where else to go (see 2) and in a Doom map, doing something like that is often a legitimate choice. So, I felt a bit cheated that I died from doing something that isn't particularly unusual to do, for good reasons, in a Doom map.

2) Further to the above, I was lost in that area because of an inconsistency. Nearly all of the grates on the map are just that: grates. Some can be seen through, some can't, but the vast majority of them cannot really be interacted with in any way. So, when I was around 75% of the way through the map, I encountered yet another grate, I just thought it was blocking the way. Based on what the rest of the map had taught me, there was little reason to assume that the grate could be interacted with. So, I doubled back and fell into the insta-kill duct.

In my opinion, grates that can be interacted with should give you a clue - e.g. they could look damaged, or have a different texture of some sort or, in this particular instance, it could be scripted to look like an enemy breaks it to chase you into the ducting or it could just be broken already when you arrive with no need for the player to reason "hmmm, this grate that looks exactly like all the others but it is probably shootable, even though pretty much everything else hasn't been".

Like I said though, those are both minor points but they did trigger a gut "aw, come on" reaction in me.
Top

Thanks for the feedback Enjay! I always love your input!

Regarding the shootable vents, I added what I thought it was an obvious secret, health bonuses trail leading to a shootable vent, trying to tell the player that see through grates can be destroyed but looks like I failed it. I will try to come up with a more obvious way to tell that to the player for the next version

Guardsoul wrote:Regarding the shootable vents, I added what I thought it was an obvious secret, health bonuses trail leading to a shootable vent, trying to tell the player that see through grates can be destroyed but looks like I failed it. I will try to come up with a more obvious way to tell that to the player for the next version

As the army says "no plan survives contact with the enemy".

I can't count the number of times I've put something in a map that I thought was obvious only to have loads of people ask me where/how to do something.

The secret that you refer to... yeah, I didn't get that one until I shot the grate that I was talking about and did the logical leap backwards (i.e. I went back and got the secret).

The thing is that so much of the map is really quite dark, and many of the little alcoves particularly so, that it took me way too long to realise that most of the grilles were actually solid walls with black between the bars rather than 2S walls with a dark area beyond.

However, it is worth pointing out that your "lesson" about shooting grilles is only learned if a player finds the secret. It's not quite as severe as "you need to find this secret to progress" (which is almost always a bad idea) but it does have some of the same energy.

But, like I said, it is a pretty minor nitpick in an excellent, and I really mean truly excellent, map.
Top

New version 1.1 has been released!
Download link is the same and changelog added to the first post.
Top

Often I was ending a UV run with 266 kills and about 6 or more enemies remaining. Probably BD causing a conflict where it adds a few extra enemies (that do not seem to exist). Just wanted to confirm if 266 is 100%?

Really enjoyed this one, haven't played ZDoom in a few months so this was a nice warmup.

Really good job, I enjoyed this one a lot. I just was a bit disappointed with the final area before the exit. I always feared that part because of the darkness and the spectres. By fully lighting that, the certain special got taken away. But other than that brilliant work.
Top

Out of all the "remake" wads, the two that you've done (e1m3 and e1m5) are my absolute FAVORITE. Wow, you put a lot of time in this and you're clearly creatively talented.

Thank you for your creation/rendition.

Now....if only your talents were used to do all the episode 1 maps