This is a map I'd made and uploaded to Doomworld back in the day, as far back as 2016, but it wasn't until this year or so I finally started to go back to working on and improving it a bit.


Crossing the sea of flames, you have arrived at the outskirts of a demonic fortress. Along the only approach to the main gate, a small number of peculiar watchtowers stand, and more such structures ward the fortress walls.

A map for Doom 2, initially designed in rather old ZDoom builds (and most recently tested in GZDoom g4.6.0), in which you fight your way into a fortified demonic structure, harried by watchtowers every step of the way. Each one fires on the player as an arch-vile would, and requires hitting an associated switch (general marble green, fitting the motif most of the fortifications use) to disable it, as they can't be killed normally. Aside from getting three keys to break into the heart of the fortress, two switches also control important parts of the defenses guarding the keep's throne room.

One final fight follows once you've completed your objective, with an added bit of catharsis once you step back out into the courtyard. Aside from all that, there's a couple extra easter eggs that don't count as secrets, that unlock a few additional challenges to the map if you trigger them. You'll know it when you see it.

One of these days I need to convert the old Decorate hackery at the heart of this to use ZScript and add a bit of proper ACS scripting too, but for now it still all functions as intended.

Doomworld link (may be out of date)

Spoiler:
A look at the first watchtower the player will encounter, at the docks where you start off: 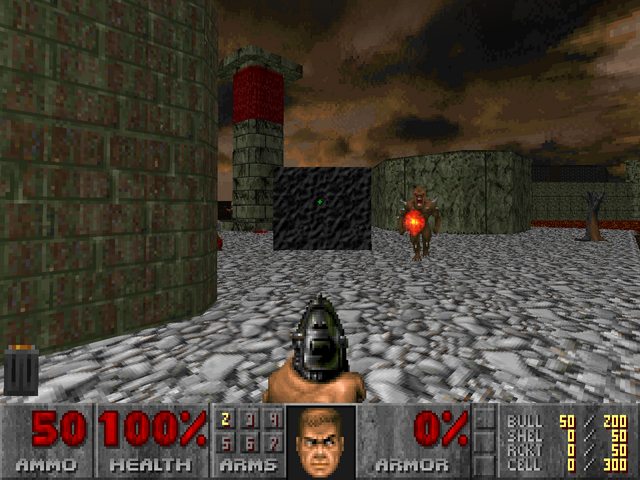 A look out across the bridge leading up to the main gate of the fortress: 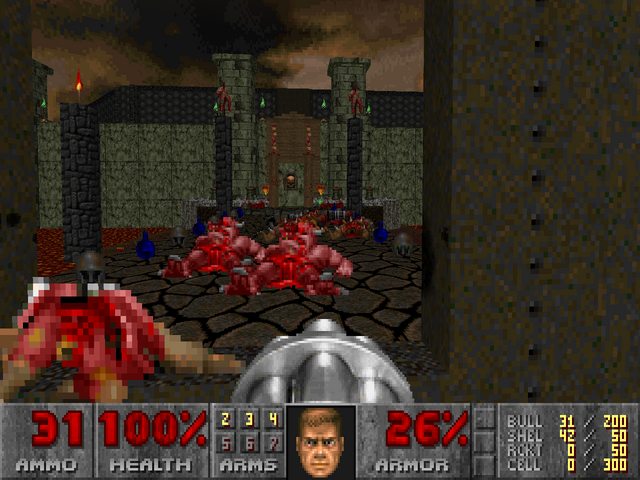 You can just barely see the entrance to the throne room, past all the reasons why you should shut the defenses down first: 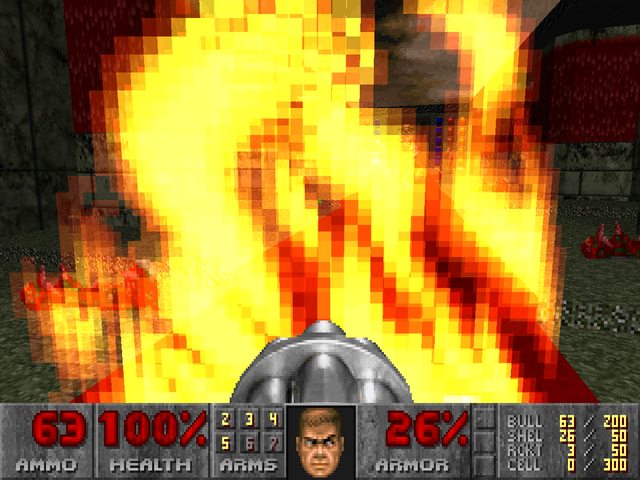 A simple view of part of the courtyard circling the perimeter of the keep and its subdivisions: 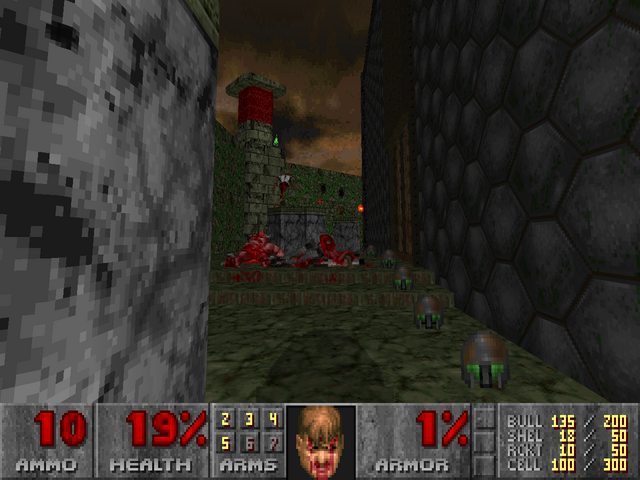 And a fairly avoidable death in one of said subdivisions, largely to display the message yielded by dying to a watchtower: 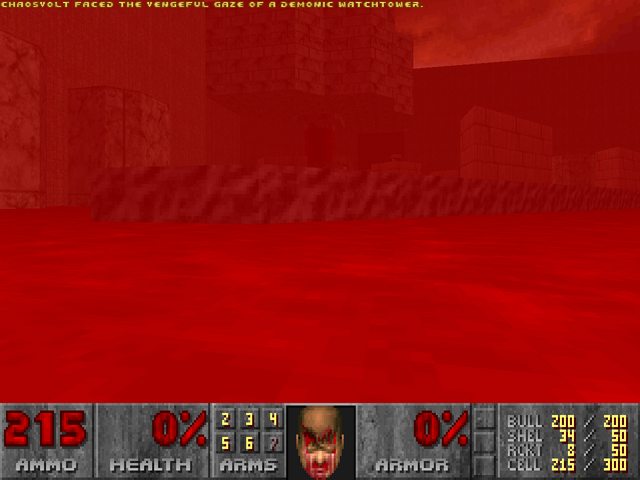 With thanks to Kallin Argentclaw, Saltmummy, and Paul Smart, all of whom have helped with feedback on this map.

Paul in particular has a couple videos showcasing this map, albeit an older version which at the time had a bug that locked you out of the armory (and trying something that nowadays might spoil the location of an easter egg, and where you'll know find something useful in deathmatch):
Part one
Part two
Top
1 post • Page 1 of 1