Coma Moonlight is an experimental gothic-style map created as part of the Refracted Reality project. Quite difficult development passed through couple of reworks, lasted about 4 months and ended in August 2020. Since then, map was expected to be released as part of RC2, however, everything came to the conclusion that Refracted Reality RC2 was never released, and the map went free floating.

The player's goal is to explore the temple complex and find 3 runes, after installing them on the pedestals to open the exit and leave level. Main part of gameplay is linear, but in some places player can choose direction. I'm sure sometimes players will find short cuts. Note that these are not bugs (although they were originally), since do not break map progression.

Idea of rock massive floating in the abyss with a temple carved into it came almost immediately and seemed perfect for RR. I wanted to create a Quake-like environment and make gameplay more verticality. Maybe it worked, but the price turned out to be significant - performance. GZDoom was clearly not designed for my ambitions and this became the main map problem. Due to the widespread use of portals, frame rate in some places tangibly drops. At the prototyping stage, everything was fine, but almost at the very end, with the advent of lighting and textures, it greatly ruined performance on old PCs. I could not fix this in the almost finished version, because this would require a complete redesign of the map. I decided to leave the architecture as it is, but kept the gameplay in problem areas to a minimum.

I am open to any feedback and will make edits to the project as I have free time.
Inform if you helped me with this map, but I forgot to mention you!
Hope this will be a good experience. Good luck there! 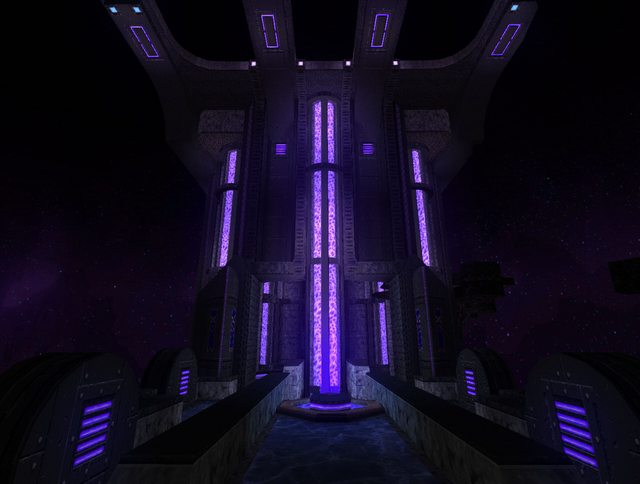 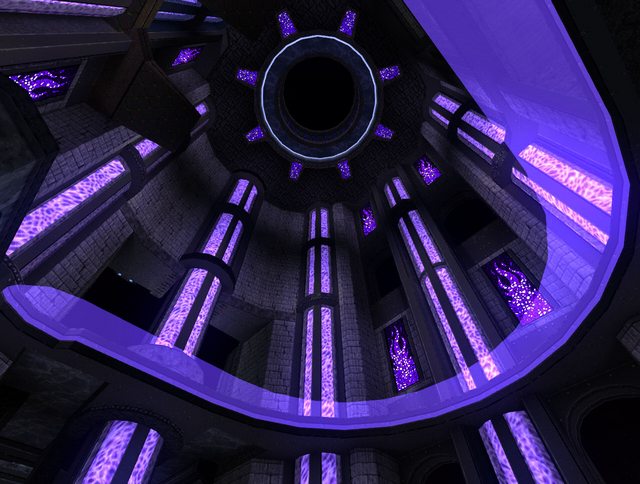 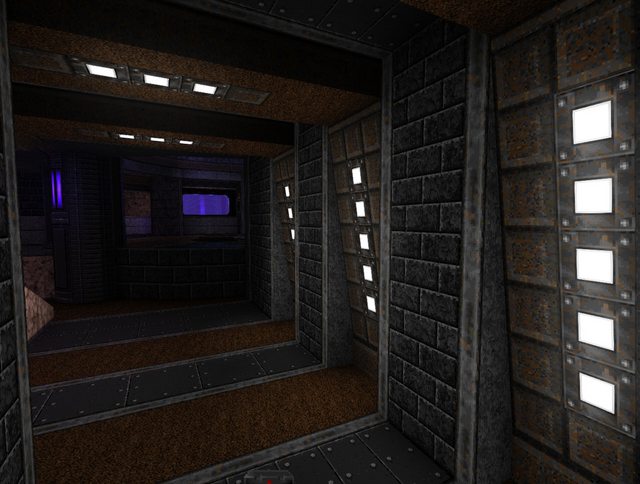 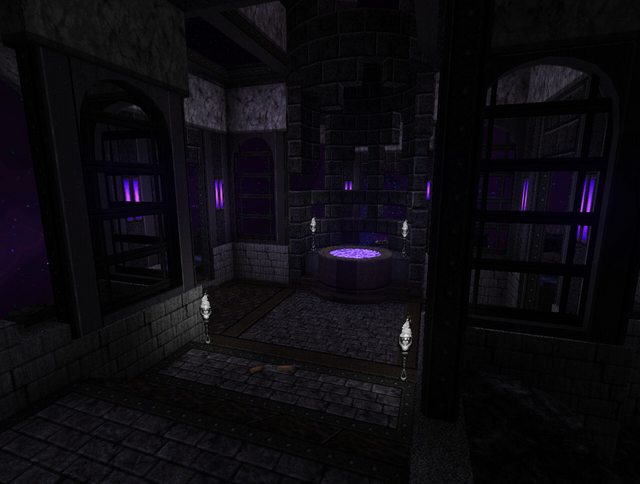 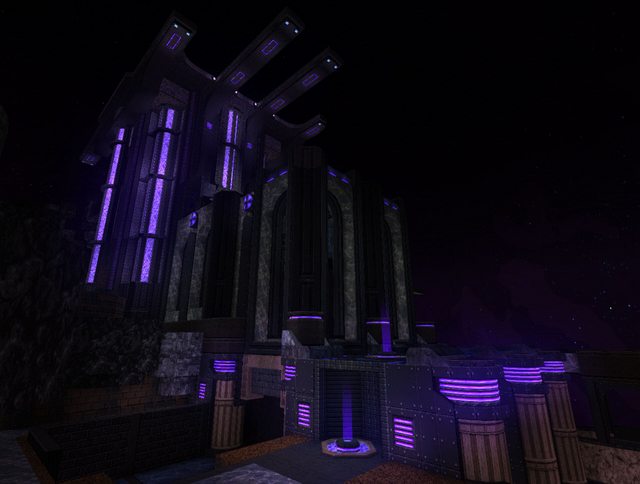 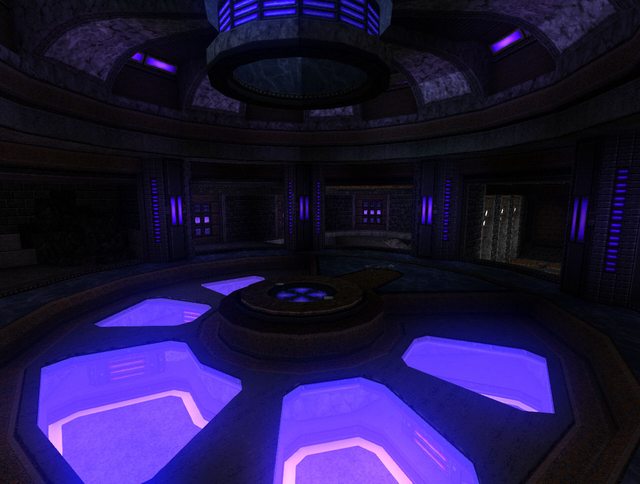 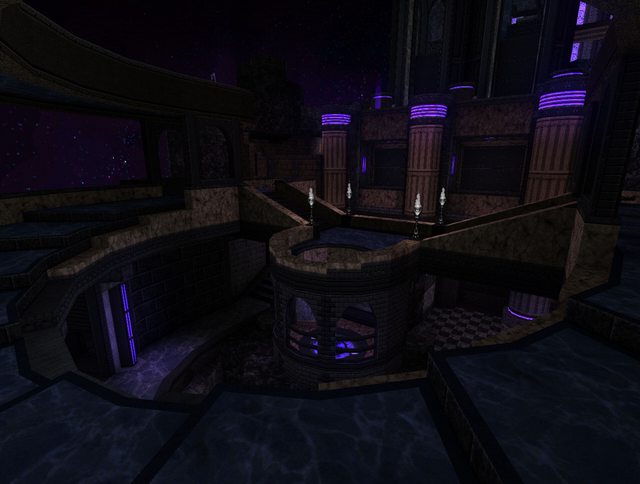 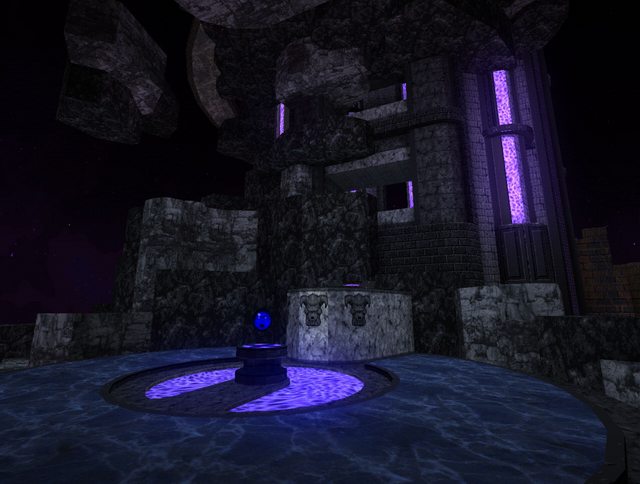 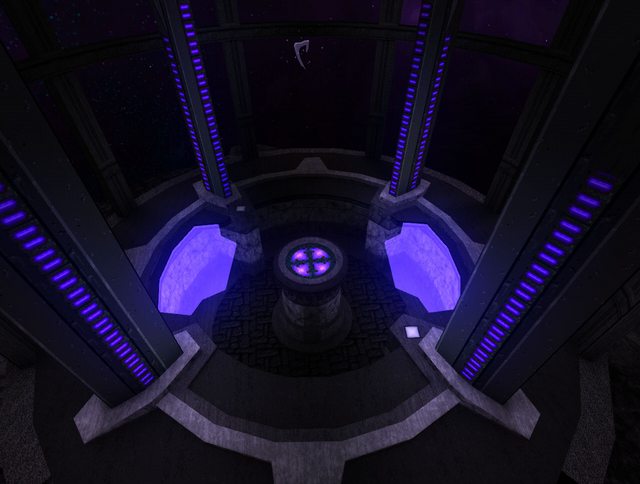 And first update is ready! Most importantly, the map now does not require additioal resources to work.
There is no need to download a huge build anymore. Everything you need is collected in one 4 mb file.
Same link to download. Also in the near days, map will appear on \idgames and ModDB.
Top

I'm surprised no one commented on this, it looks visually outstanding and the map itself is godlike! Hope to see more!
Top

The new update is ready:

- added a jumppad at the end, which allows you not to go back through the whole map if you missed last rune
- fixed broken light on torches
- overall map brightness is increased
- fixed graphical artifacts with polyobject at top and wells
- now falling into a big hole in the lower tier center is guaranteed to teleport player to surface
- fixed missing textures and misaligments
- added sound of rune pick up

The map has also recently been spotted by Jimmy on his stream.
Most of the fixes are based on his feedback:
https://www.twitch.tv/videos/1023756467
Top

Bump... The map seems to have gone unnoticed here. Perhaps because of a not very successful release time, maybe because of technical problems at the start. Anyway, the map is at its best right now if anyone wants to give it a try.
Top

Woaw it looks insane ! I'm gonna try this after work and will give you feedback for sure
Top

So, I played the map for bit, but unfortunately I did not enjoy it much.
The map is too dark for my taste. I like to see where I am going.

When I crank up the gamma for the dark areas then the areas which
were ok at first are too bright.
Top

So I have played it and man you have solid talent with level design it must have been a pain to do it ! Very very nice work and atmosphere

I just would have put more ammo and health, + brightness but besides nothing to say !
Top

Nice to see this project here. Really beautiful and atmosphere map. Must play in my opinion!
Top

Might be just me but it never felt too dark in any area? I use DOOM for the sector light mode
Either way, this map is fantastic and the music choice for it was solid as well
I loved it and would recommend to anybody, hope it gets more recognition
Top
10 posts • Page 1 of 1