A preview of the coming update

If you are new to seeing my mod, NeoCore is an enemy and weapon replacement mod with its feet deep in the sci-fi theme. Instead of (just) zombies and demons, you'll be fighting cybernetic troops with purple blood and Mutants that spew green and yellow gore, Realm 667 monsters that have been edited to paint the walls with various saturated blood colors, all the while wielding powerful- "alternatively" colored guns with absurd names a la 90s game fashion like UT99

What's Featured?
-12 New weapons
-Mostly new enemies, including elite variants that may spawn in lootable chest upon death (idea stolen from Destiny)
-Weapon reloading
-Weapon recoil that needs to be managed
-New Sprites
-Separate sounds for each pick up for satisfying looting around the map
-AltFires for nearly every weapon (slot 1 and 7 are excluded (for now))
-Lootable corpes to replace dead marines and imps to add a better sense of exploration to your favorite map packs

-Tertiary Ammo/Ammo Infusers that passively or actively give your guns an extra umpf (still requires primary ammo to function, T ammo and Primary will be consumed with each shot)
-Enemies drop health now to keep the momentum during action 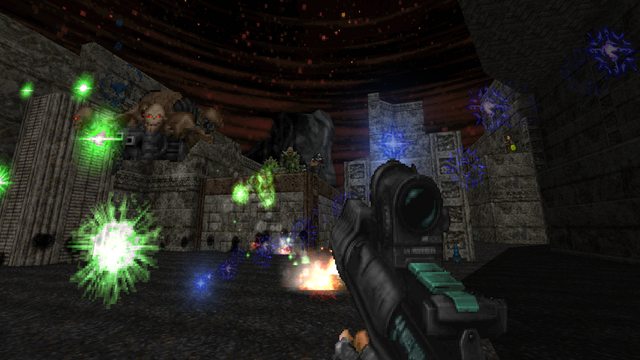 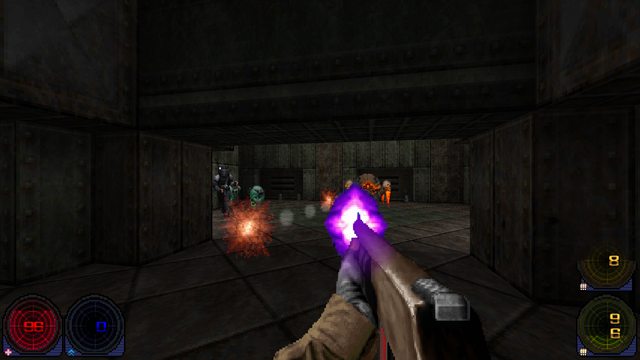 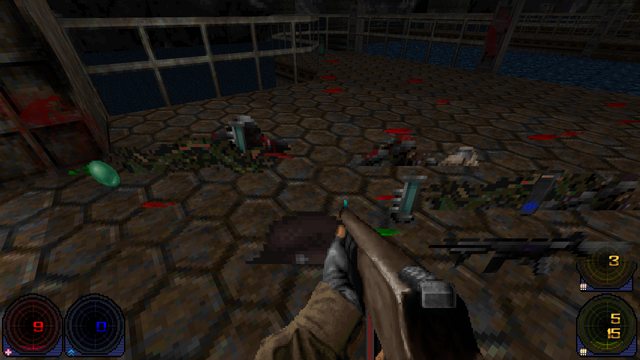 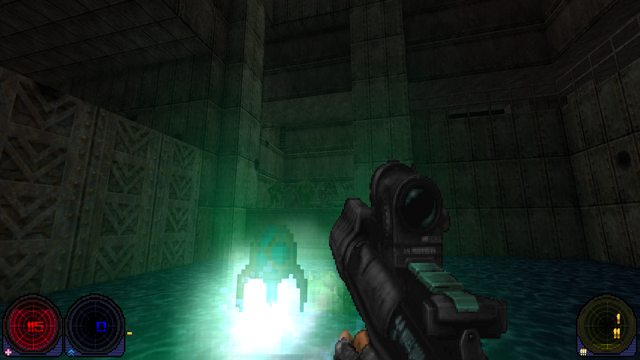 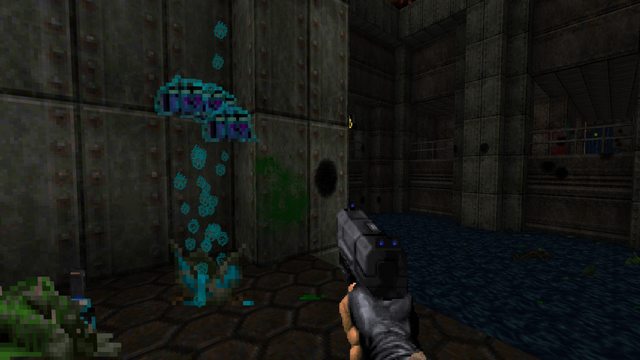 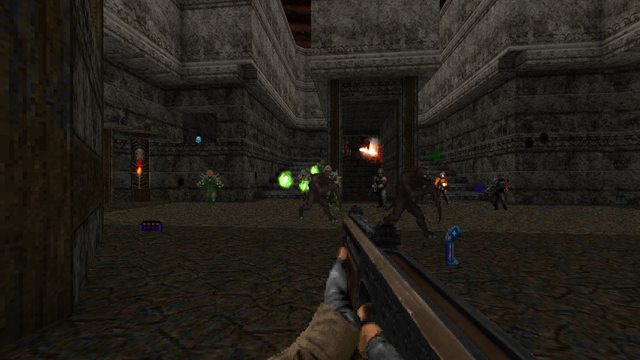 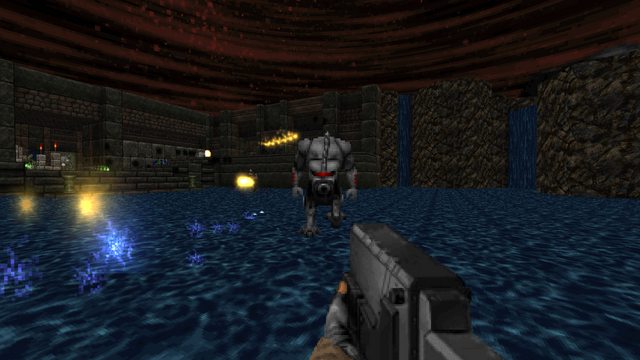 Nice, love what I'm seeing so far! Especially the looting mechanic and the extra loot you can find. Any chance of gear or upgrades or anything like that dropping from chests or elites as well?
Top

Currently, chest will drop Ammo infusers and the relating weapon, although it'd be nice to add chests that drop upgrades! I'll need to cook up some alternate skins for the chest, or some new ones in general after this release. I'm honestly just experimenting now so I can set up a foundation for my next project, so I'll happily see what I can squeeze into NeoCore

Could do a mix of tech and more demonic/organic ones, since there's a blend of both kinds of enemies. For upgrades/chest drops could do something like:

So nothing too crazy in case the player is able to find a lot of them, but enough small, incremental upgrades to feel worthwhile after 4-5 maps.
Top

Impressive work as always. Again and again, the sound effect of weapons are very powerful and satisfying! And i dig the sprites of them too.

But i think green imps are slightly weaker than usual. Has 60 health as the zombies and easily would go off with only 3 splinter shots. And CQB Bright Cannon's green particles are just too much! The trajectory is not randomized and they're extremely shiny.
Top

There's quite a bit added to this patch, list of changes below

Enemy Elites and Lootables
-Elite enemies have a chance of spawning in, they do not directly deal more damage, but have more health and more aggressive attack patterns, or a really low pain chance, each elite has dedicated chest they can spawn upon death. These chest must be "used" by the player to open, will drop ammo infusers and the relating weapon. More types of chests and elites will be added in future updates

-Many dead body props are now replaced by lootable corpes, they will blink bright so you can still see them in darker areas, and will fade out after used to clear up the clutter in dense areas (good for rooms with many corpse props where the player may miss a body or two) these also must be "used" by the player manually

As for basic changes, read below

-Scrap Cannon now has an altfire

-Bright Cannon primary no longer fires extra sparks, increased damage on base projectile making it more effective with direct hits
-Bright Cannon altfire now fires single shots and pumps between shots, has increased damage
-Chill tank ammo pool reduced from 80 to 60
-H/A Plasma Rifle has increased damage to more respectably melt through enemies as fast as it melts through ammo
-Reduced speed on Iron Shots
-Reduced Stimpak and Medkits from 30 and 15, back to 25 and 10 (like Vanilla Doom)
-Enemies may now drop health stims upon death, restoring 5 hp, but not above the player's max hp (they are not HP bonuses) harder enemies can drop more stims. This is to keep the player momentum forward during combat
-Gut Pincher now has a 45 round mag, but no longer uses 2 from the ammo pool
-Assassin and ArcBeholders are now Elites, they do not spawn in as much, but are more difficult when around
-Elite Chests are selected at random to replace the Map and the backpack
-The player can now also carry the max ammo pool for all weapons from the start (backpack no longer needed)

If you would like to know what the Ammo infusers do, or what the new altfires are. Open the spoiler below


Spoiler: Ammo Infusers
-Gut Pincher has Active T Ammo, Casing Compact Shells added as altfire. Requires 15 from the mag and 1 CC Shell to fire essentially a grenade with no radius damage. CC Shells have the damage output of 16 shots (32 bullets worth) in one projectile, dropped by Elite Infantry

-Omni Writer has Active T Ammo, Omni Smart Tracking Shells added as altfire. Requires 2 from the mag and 1 Omni Shell to fire a homing projectile with the damage output of 2.5 bullets, dropped by Assassins

-Constructor Rifle has Active T Ammo, High Velocity Shells added as altfire, 1 to 1 ratio with a higher fire rate and more damage. Near instantaneous shots and less recoil, but will push the player back as they fire, dropped by Arc Beholders

-Rooster Biter has Active T Ammo, Infested Shells added as altfire, 1 to 1 ratio with a higher fire rate and condensed vertical spread for better range. Has more recoil, and infested shells will cause an error for the mag-auto-eject, forcing the player to take the longer reload, dropped by Elite Mutants (imps)

-Bright Cannon has passive T Ammo, Bright Cell Overcharger, 1 to 1 ratio, this will cause the gun to function as it does in previous builds, spewing sparks with extra damage. projectile turns red and sparks have increased range before dropping , dropped by Prime Watchers and Mecha Fiends

Had a blast playing this with Back to Saturn X, even if there are a few color translation issues. Hope y'all enjoy this build too

This map depend on the mapset, but it feels like sometimes the chests drop a little too often if you're fighting a decent sized group (ex: 6-8 zombies). I feel like they could be a little bit more rare so they feel more like a special surprise than part of the regular loot drops. The corpse looting is cool as well, but sometimes can be a too easy way to get ammo, etc. What would you think of adding some kind of corpse based enemy so you get one every once in awhile on an infested body or something? Some sort of risk to looting the more messed up looking bodies, more risk but maybe a little more reward too.
Top

I absolutely adore the look and feel of this mod, but I really wish there were a way to tone down the difficulty somewhat, since I have trouble beating a lot of maps on HMP when I can breeze through them in UV otherwise.
Top

This is one of the enjoyable weapon/gameplay mods made for Doom.

I want to give some criticism about the HUD and similar content. Although the health and armor looks nice with having Dark Forces like design, when you use Automap/press TAB, you still see the vanilla status bar and it is off. Also it would be nice to have the exact ammunition types and numbers.

By looking at weapon and arm sprites it's obvious that the player has a different armor. But when you die or switch to Third Person View, he still has the vanilla Doomguy player model.

I know these changes aren't that easy to make but i hope you'll manage to do it eventually. Good luck.
Top

There's two types of weapons for each slot, it would be good to see enother kind of melee weapon and probably another type of disc launcher?
But overall the new weapons feels great.

Alptraum wrote:This is one of the enjoyable weapon/gameplay mods made for Doom.

I want to give some criticism about the HUD and similar content. Although the health and armor looks nice with having Dark Forces like design, when you use Automap/press TAB, you still see the vanilla status bar and it is off. Also it would be nice to have the exact ammunition types and numbers.

By looking at weapon and arm sprites it's obvious that the player has a different armor. But when you die or switch to Third Person View, he still has the vanilla Doomguy player model.

I know these changes aren't that easy to make but i hope you'll manage to do it eventually. Good luck.

I'll fix that hud up for the automap, it is odd

I think if I had more patience and skill to make character sprites, I'd put it to use on creating more unique enemies sheets before I'd do player sprites

it would be a nice touch, I always picture the player wearing a brown trench coat

NullWire wrote:There's two types of weapons for each slot, it would be good to see enother kind of melee weapon and probably another type of disc launcher?
But overall the new weapons feels great.

I have ideas for both a slot 7 b weapon and an active ammo infuser for the Disc Launcher, only issue is finding the right base sprite to work on to fit my imagination

I have on my list, Infusers for the Empress and H/A Plasma Rifle, currently I'm going with adding ice damage to the plasma rifle (a projectile that's slightly faster than the base ones, so the player can freeze and break crowds)
And a Bypassing Unit to the Empress to ignore pumping the gun for both primary and altfire, would also increase damage slightly

I haven't toyed with melee weapons in a while, so that could be fun to experiment (perhaps give purpose to "Pinky Demon" elites)

I appreciate the feedback y'all

I never really took a look into the mod before, so I wanted to try it for a bit and for the first couple of seconds when adjusting the HUD to the alternate and being that I like to play with the HUD at the size about what the original Doom had, the mod's 3 HUD segments for health, armor, and ammo appear larger than the vanilla-esk HUD. Suppose you might be tweaking with the HUD sizes in the future?

I haven't actually seen NeoCore used with the alternate hud, could use some cleaning since the icon for many ammo types are the same lol

I most likely won't be making any direct edits to the HUD, but it'd be kinda cool to experiment with a full status bar for those who prefer a more old school HUD. I'd be happy to provide graphics if I make them, but likely I'd need help with the actually scripting part since I'm not as versed in the coding as it appears

Or alternatively, you just can remove the background graphics of the HUD, leaving the numbers and call it a fullscreen hud! But it's your choice, of course.
Top
67 posts