(Reposting from DW because heck, why not.)

Introduction:
I am sure we all remember Strife: Veteran Edition, bringing an OpenGL renderer to the often overlooked title Strife.

Many years prior, a reverse engineered source release known as SvStrife was released by Samuel @Kaiser Villarreal. Based off PrBoom 2.23, it brought not only the Strife experience to modern platforms, it also provided a codebase for the Strife source code, whose original version remains unreleased as of today.

As it turns out, there was however a source port based off SvStrife. 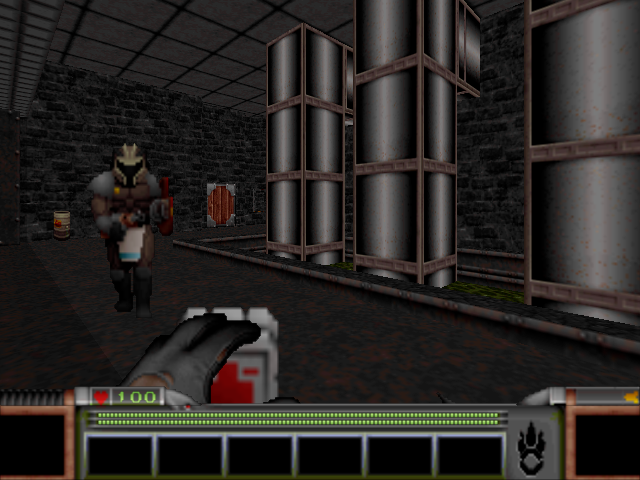 History:
When SvStrife 1.4 released in January 2006, Entryway took the source code, and applied some of his PrBoom+ code work, and released it on February 1, 2006.

Features: It is experimental for a reason however, as Entryway released this untested. Enjay ran in one error, and from own experience, it is definitely a bit rough around the edges. However, when it does run, it does look really good, and provides another way of playing Strife in OpenGL.

Its however a shame that it went by so unnoticed - You could play Strife in OpenGL on its own native port in 2006, several years before Strife VE was released.*

Note: * Ofcourse, GZDoom could run Strife at the time given support was included in ZDoom 2.0.90, dated October 21.2004 and GZDoom's first release was based on 2.0.96x, so it inherited Strife support from day one.

Legacy:
Kaiser was impressed by the port and wanted to include it in a future SvStrife release, however, this never came to be.

Outside of that post, SvStrife-plus was never mentioned. Its also not directly found or visible on the Sourceforge page for PrBoom+: It resides in a hidden folder, called OldFiles.

I'm doing a let's play and I'm thinking about switching ports
Is moving over my save data to another folder possible?
Top

Ike12 wrote:I'm doing a let's play and I'm thinking about switching ports
Is moving over my save data to another folder possible?

No. GZDoom uses an entirely different save format from any other Doom engine port.
Top

Keep in mind that such an effort never produces an original source - it merely produces a compatible source that tries to byte-for-byte reproduce the original EXE as closely as possible.
Top

If it has demo support, it would not be able to handle the dialogues. Those are just a plain menu, unsynchronized with the game logic. So if the demo playback hit a dialogue it'd be stuck.
Top