Hell-Forged is a total conversion for Doom II that replaces weapons and levels and adds new monsters to the original Doom bestiary. At the moment, the first episode is ready, and more may come in the future.
The original post.

Hell-Forged looks like Doom from an alternative timeline. It resembles the original game in multiple ways, some obvious, some subtle. In its core gameplay, it remains Doom, but also expands and builds upon. This mod takes inspiration not only from Doom: influence from Quake and Heretic is also evident. 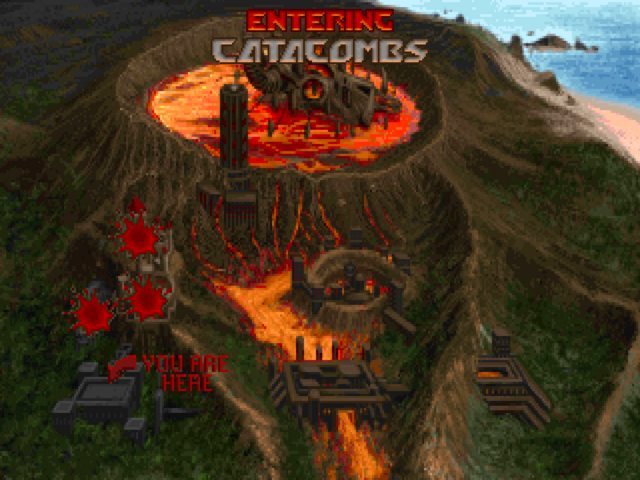 The levels are the first element of the expansion. There are only nine of them, but oh my, the size! The largest of them take from one to two hours to beat. With this in mind, the maps don't feel confusing at all. All areas are promptly pronounced and distinctive. You may have to consult the automap from time to time, but places become familiar after a while. Backtracking is seldom required due to the abundance of convenient portals but is often rewarded. Also, revisiting old places is a pleasure in its own right, given the beauty of the levels. There is a lot of sightseeing. One wouldn't call Hell-Forged maps over-detailed, and at the same time, the amount of architecture pieces is just right to hold on a second and enjoy the view. The theme is fantasy/medieval, and levels present mostly different kinds of a medieval castle. The author applied a lot of effort so they don't look the same. Original Doom textures pop up occasionally to remind you that you are still playing Doom. It's notable how well they fit the theme here. 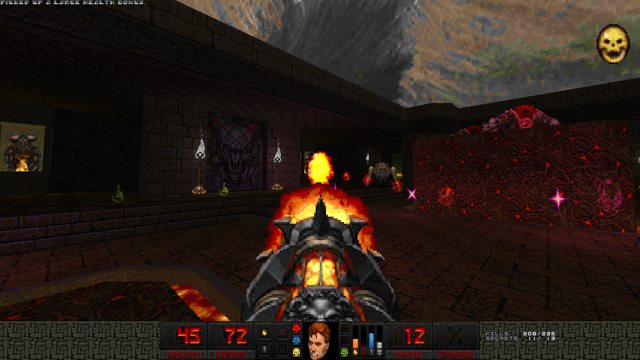 Fans of secret hunting will find a lot to occupy themselves in Hell-Forged. There are almost a hundred secrets across nine levels, one of which is a secret level. Hint: always check the back of switch panels. Also, many non-secret bonuses are hidden here and there. Hell-Forged maps, except the first one, introduce the unusual concept of special keys (green skulls) that are needed not for level progression but to unlock additional rewards for observant players. And look for the mushroom collectibles!

The second element of the expansion is monsters. See the mod page for the detailed descriptions. In general, there are new variants of imps and pinkies, and there are new bosses/minibosses. All zombie types are removed. This may mean that the demons in this universe don't possess humans, they go straight to kill. The absence of zombies leads to the absence of hitscan enemies. Even the Spider Mastermind counterpart (called Director) shoots fast-moving projectiles that can be dodged after some practice. The other design decision is that there are no drops from monsters. 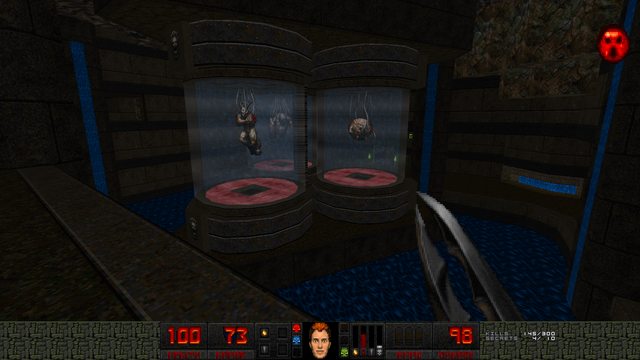 The third element of the expansion is the arsenal. You'll be fighting the hordes of hell with fire, nails, demon blood and souls. Weapons are made with hell technology, which can be seen in their design. A human would not even think about using a live beating heart as a weapon (Wheel of Pain). Feel the grim satisfaction of turning demon weapons against themselves. Burn imps and arch-viles! All weapon types have their function and purpose. Soul-fueled weapons are the most powerful, that's why the extra effort is needed to get them. Again, check the mod page for descriptions. 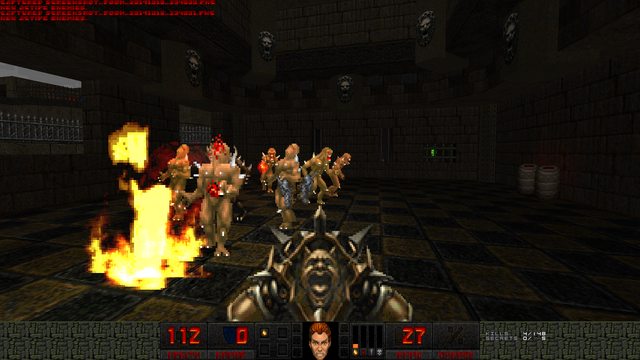 Hell-Forged contains neat details that emphasize how well weapons, monsters, and environments fit together:
- Fire ammo is called Phlogiston canisters. Makes sense, phlogiston is an essence of fire.
- Nails are nine-inch, of course.
- Blood barrels react differently to damage types. They are pierced by nails, and blood leaks out. When burned, they explode. Also, blood can be retrieved from them with Wheel of Pain.
- Basilisk weapon is used by Behemoths too.
- The new level starts where the previous level ends, providing the feel of continuity.
- Splashes are implemented for all liquids.
- Ambient sounds create the eerie mood.
- Monsters have different blood colors, and non-living monsters don’t have blood.
- Informative custom status bar HUD, and fullscreen hud as an alternative.

Some words must be said about the Hell-Forged theme. While the vanilla Doom theme is somewhat inconsistent, mixing magic and technology in the monster roster, in powerups and so forth, Hell-Forged takes elements from the original game that would fit in the fantasy world and replaces everything else. Here, you will find familiar health potions, armor helmet bonuses, and soulspheres, accompanied by health bottles, armor pieces, and an assortment of magical artifacts. All keys are skulls of different colors. If monsters rely on weapons, it's arcane hellish technology. 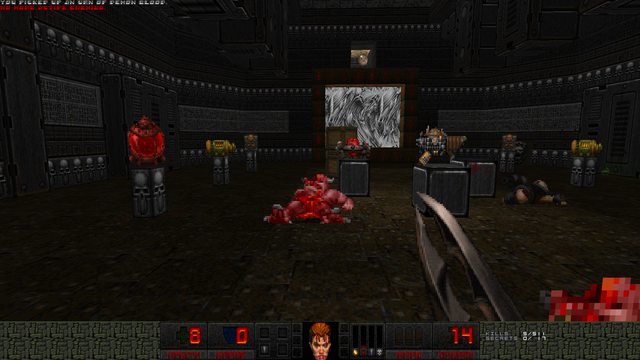 To sum it up. Hell-Forged provides both challenge and fun and definitely worth checking out if you haven't already. Available maps will take you about eight hours of gameplay, more or less depending on your urge for secret hunting. It's a good example of what a skillful modder can do with a game.
Last edited by m8f on Wed Aug 10, 2022 9:55 am, edited 2 times in total.
Top

Hey, thanks for taking the time for the review!

This game is amazing! I would pay for that. This is the best Doom game I play.

Currently I'm in testing grounds, need to make a break, but will continue today for sure!
Level, monster and weapons are very coherent.

Maps are brilliant. All puzzle make sens. Rooms doesn't have a copy paste feel. Gameplay wise they top notch balanced, you really need to find some secret to get some stuff. Finding a secret is an achievement. Health level is always low.
Weapons mode are excellent, in fact all are useful! IMO nail gun alt fire is too good (hitscan, quick RoF), projectile could spread so it would be not accurate.
Enjoy the heart weapon: melee option to load ammo, shot which generate healing projectile that for a change you want to catch! Sword that you want to charge to use for hard enemies!

there is even episode globalmap with eachlevels - detail, but it said all about the fine-tuning.
Top

Eriance... Or Amuscaria is a living legend, also the major benefactor of doom community. They contributed quite a lot of unique and retrospective resources like weapon and monster sprites. Still amusing to look at. And of course, i was very astonished after played the TC named Hell-Forged. It looked way different and drastic than the original concept they showed to us a long time ago. But it was worth it. It was a new experience.

Some boss battles and secrets were rather finicky. I'm not saying that it's bad just because of such problems. This TC is absolutely amazing, addictive, and guaranteed to blow your mind back to the middle ages!
Top

Does anyone know how I can get hold of Amuscaria?
Top

Try PMing Amuscaria, i guess. If you want to give some feedback to them, try reply at this thread.
Top

Thank you! I don't have PM privileges yet, and I don't want to drop a comment that is OT.

Hey thanks for your review, seriously you did a lot work.
Top
8 posts • Page 1 of 1