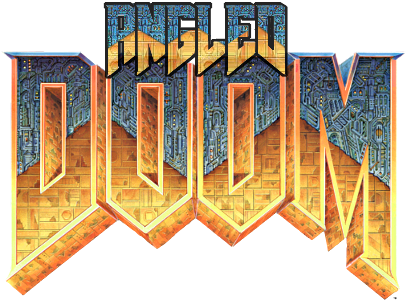 Angled Doom is what it suggests: It's Doom. But it's angled.

All weapons were made with the vanilla feel in mind. This is a drastic departure from what i usually work, instead of alt fires and multiple functions, Angled Doom aims to the simplicity that made our game so beloved. Also, there are some slight eye-candy here and there like dynamic lights and new particle effects, but nothing too fancy.

- A whole set of angled weapons, aiming to look as faithful as possible to Doom's original artwork.

- Smooth animations for all weapons, respecting the same rate of fire as in vanilla Doom.

However, if even some slight changes in aesthetics are too much for you and all you want is the pure Doom experience with angled weapons, there's no problem at all! I'm glad to announce that there is a simplified stand alone version of the mod called Angled Doom Lite is available for download! Lite version gets rid of most things that were introduced from v0.666 onward such as new blood and altered skins for enemies. Just the good old raw shooting and demons being torn apart.

While Angled Doom is supposed to be a vanilla experience in therms of gameplay, Angled Doom Plus breaks free from those limitations, being an enhanced version of the base mod. New weapons were added to the arsenal and lots of new demons have joined the enemy ranks. Blast through through the hell spawn with railguns, revolvers, grenade launchers and hit them hard with the new alt-fires. Angled Doom Plus is supposed to feel somewhat familiar to vanilla players, but at the same time, different enough to feel fresh and new. Important note: some people had trouble trying to run Angled Doom Plus, saying that it crashes on start. That's because Angled Doom Plus is an addon, therefore it cannot work as a standalone mod! You need the base mod alongside it in order for it to work, either by dragging and dropping the files into GZDoom.exe or using some launcher such as ZDL. This rule applies to all future addons to be released. 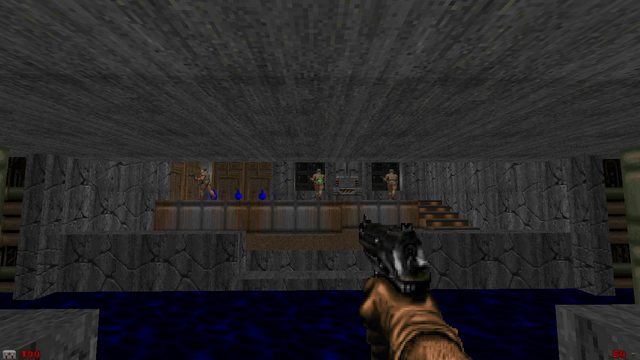 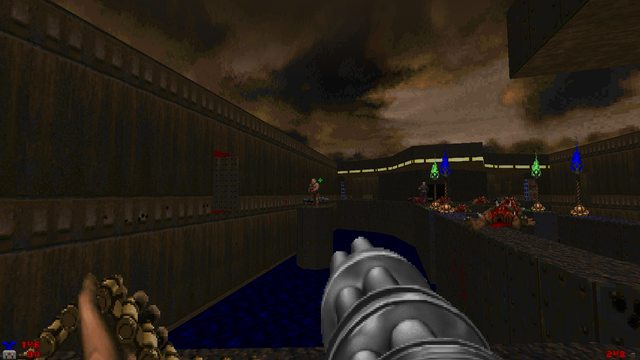 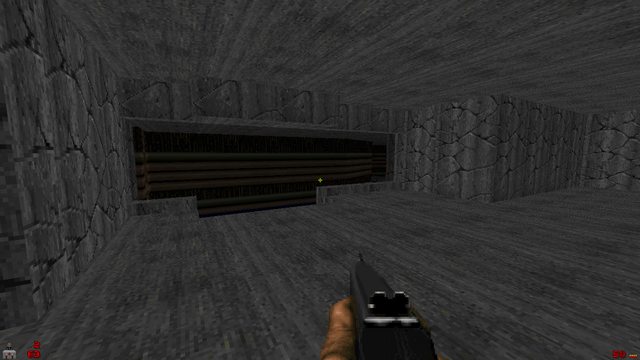 Things like lamps and corpses can now be destroyed 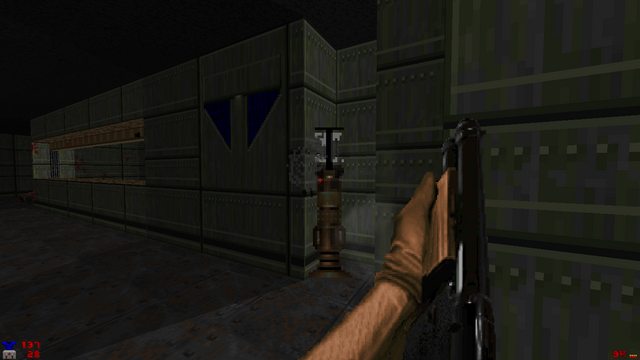 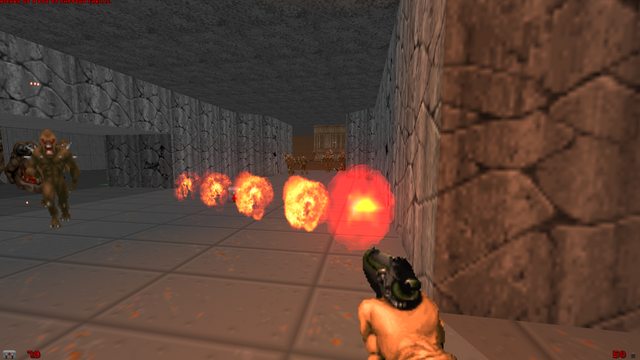 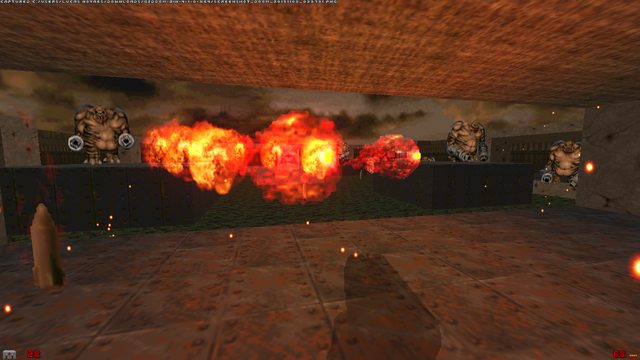 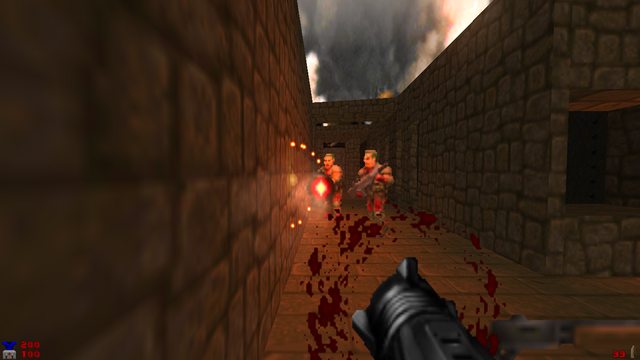 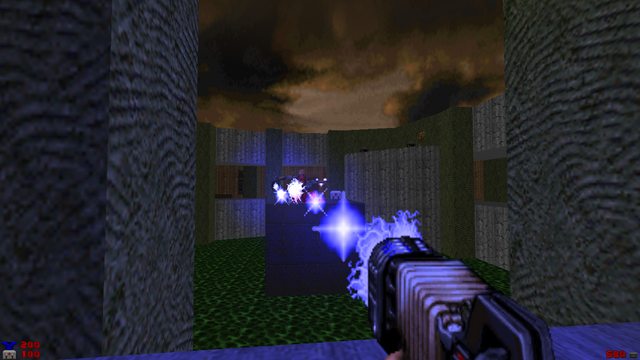 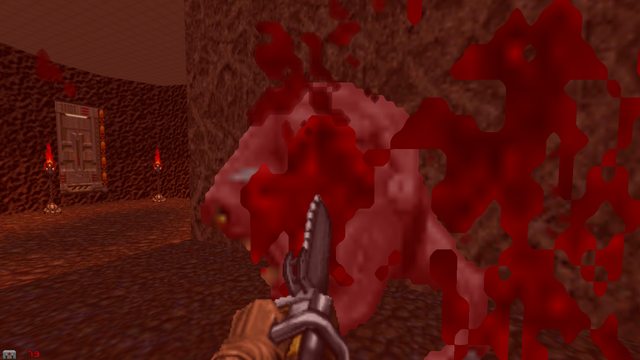 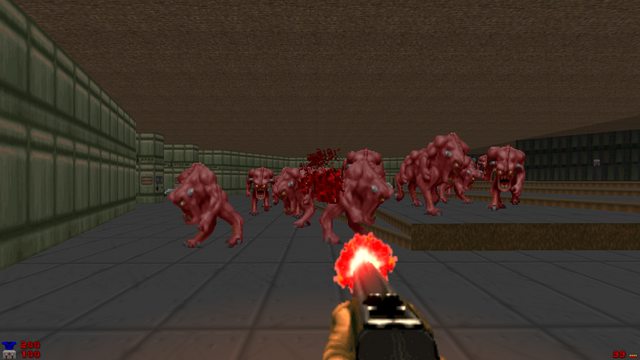 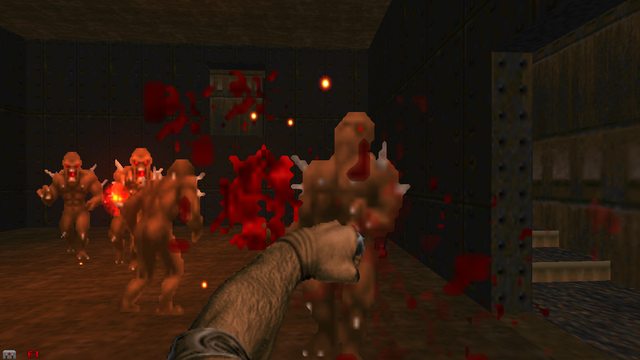 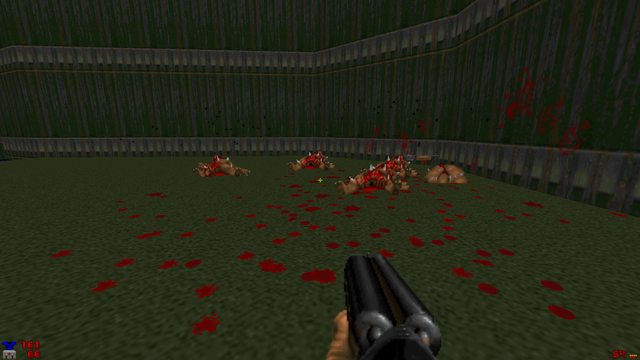 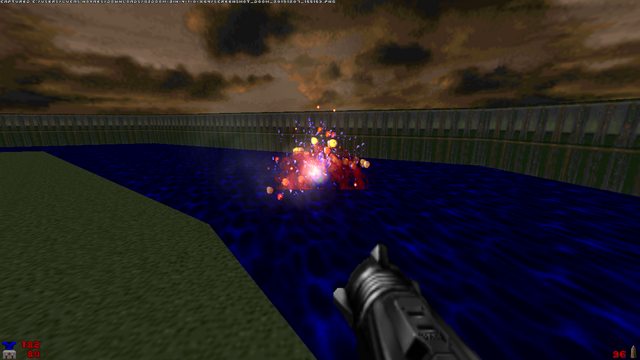 Spoiler: Addons Screenshots
You can now fight Grosse at level 32... ...And there's a new level 33 where you can also fight Hitler! 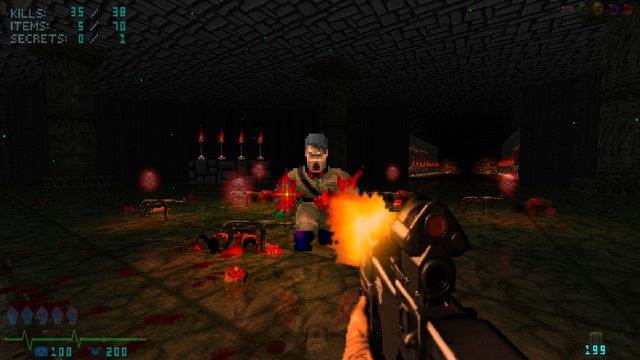 Find the secret level 33, beat the boss and claim your reward! 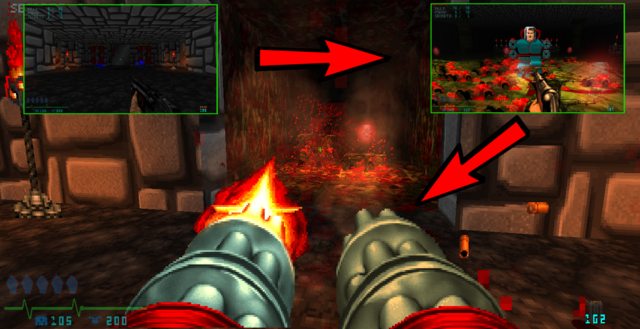 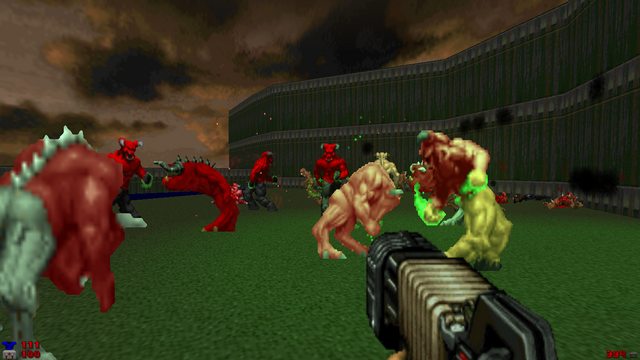 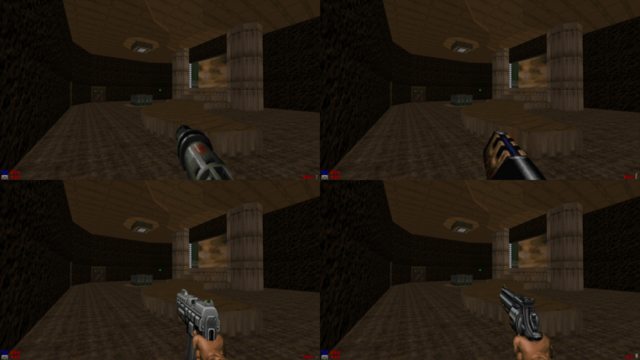 v0.5
- Removed some stray pixels from Super Shotgun.
- Revised some of the code, fixing some issues:
*Super Shotgun rate of fire was slightly increased.
*Chaingun behavior was fixed, to be more faithful to the original.
- Added new frames to the Plasma Rifle recoil animation.
- Slightly changed the punch animation.
- Changed the sound of Archvile's summon fire (UV+ only)
- Fixed a bug when demons summoned by Archvile won't automaticaly chase the player (UV+ only)


v0.4
- Changed Shotgun and Super Shotgun pump/reload sprites.
- Adjusted some weapon positions on hud.
- Adjusted Rocket Launcher size on hud.
- Edited SSG sprites (added a new hand at the foregrip)
- New flame effect added to Lost Souls
- Ultra Violence + was completely rebalanced and have it's own set of rules:
* Enemies are a little bit faster (but not as fast as the Nightmare difficulty)
* Enemies have new special attacks. They telegraph those new attacks so players can have a change to avoid them.
* Enemies have 30% more health.
* Player takes 30% more damage.
- Added new frames for the Baron of Hell special Attack (UV+)
- Added the Annihilator monster to replace regular Cyberdemon (UV+)

Looks very nice! The chaingun is kinda weird though, isn't it?

Possibly because it doesn't become narrower like the other weapons, from the perspective.
Top

Thanks for the quick reply!

I can try to do something about the Chaingun, but to be fair, it's kinda hard to find vanilla-esque angled Chaingun sprites. But don't worry, i won't forget that feedback

I literally just thought of an idea of an "angled Doom" mod where all weapons were angled... then suddenly this pops up... damn, I'm good!


Just checked this out, I love it. Manages to make the game feel fresh and new but without too many crazy quirks. Brilliant work you've done here!
Top

It appears the link is down. Or at least isn't working on my end

EDIT: Nevermind, I'm simply braindead. I like this mod! I've been wanting to make something similar myself. Great job!
Top

@Primeval
Thank you Sir, im glad you like it!

Just tested The link on my smartphone, it's working. EDIT: I'm glad to know you guys liked it. Since this is the first time in a while since I posted any Project, I was a little bit unsure. Feels good to know that i'm doing things right

I tested this, and I gotta say. IMPRESSIVE!

My only con is the chaingun, looks awkward.

Well I guess I should find a chain gun replacement ASAP!

Been wanting this for a long time. Cheers Jd!
Top

jdredalert wrote:Well I guess I should find a chain gun replacement ASAP!

You should find one easily in Doom RPG II (mobile)
Top

Hmm, looks good, but only have two barrel rotation frames (for better smoothness in animation, i believe 4 frames are the ideal). However, this could be a good starting point, and i'll see what i can do about the extra two frames.
Top

Maybe Project Uber (1.7) by Darsycho can help you.
Top

Here are some chaingun sprites I made you can use:
You do not have the required permissions to view the files attached to this post.
Top
230 posts