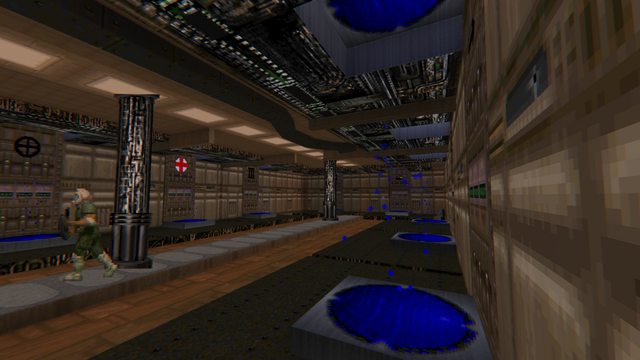 Description:
The UAC Bootcamp. The center of training for all brave UAC cadets with hopes and dreams to keep their pure green Earth clean from the impending dangers of the Hell invasion, and also acts as training grounds for the Hideous Destructor Doom mod. These set of courses and obstacles are made so that beginners of Hideous Destructor may hopefully have a better time to train, adapt, and conquer the many complex mechanics and dangerous foes that are in the mod.

This map also includes an optional voice addon pack, done by members of the HDest community. This was made to both ease the reading players would still be doing while also giving players the chance to practice what they’re learning as its being told.

The following courses are available and can be cleared independently: Note that as Hideous Destructor continues with its neverending updates, both this map and the voice addon pack might also find themselves being continuously updated with new courses or new lines. 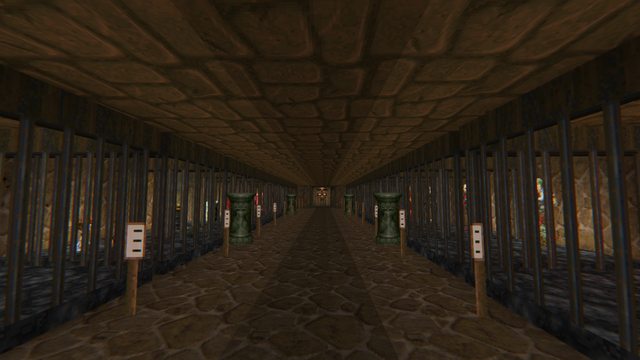 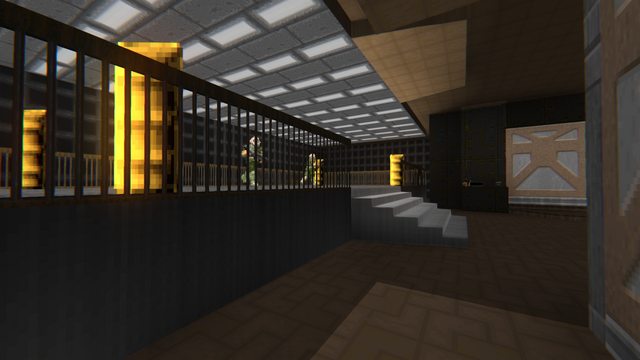 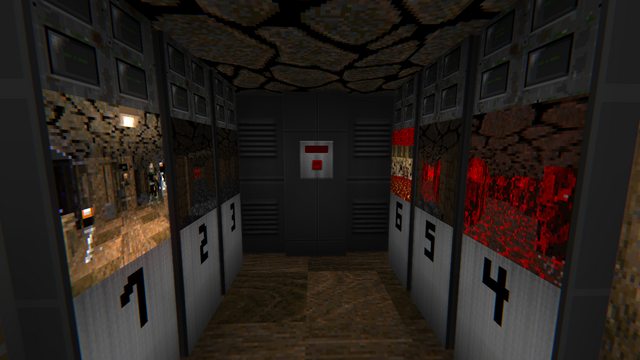 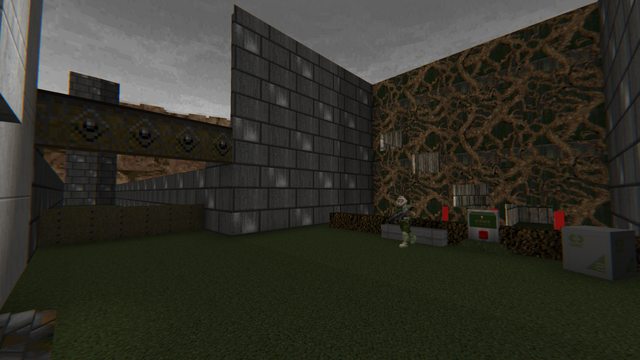 Remember to load Hideus Destructor before the Bootcamp, it relies on HD stuff!

This is really cool! I love the atmosphere of the place with the little decorations and ambient sounds, and I imagine this'll be pretty helpful for newbies.
I'm curious as to why I'm credited in the voice acting section, though! My memory is terrible, but I don't remember doing any voicework for this, and can't seem to find it if I did.
Top

Samarai1000 wrote:This is really cool! I love the atmosphere of the place with the little decorations and ambient sounds, and I imagine this'll be pretty helpful for newbies.
I'm curious as to why I'm credited in the voice acting section, though! My memory is terrible, but I don't remember doing any voicework for this, and can't seem to find it if I did.

Many thanks!
You did help out last October with the Killhouse in the Indoor Range Course a lot, so I´ll put you into the additional credits.
Top

I can't get this to work. I load the map and the mod but it just gives me Zscript errors and fails.
Top

Rex705 wrote:I can't get this to work. I load the map and the mod but it just gives me Zscript errors and fails.

Can you show me the errors?
Copypaste or a screenshot could work.
Top

Rex705 wrote:I can't get this to work. I load the map and the mod but it just gives me Zscript errors and fails.

Just running through the common troubleshoot list, here:
1. Are you sure you're loading HDest with it?
2. If so, is it the correct version, 4.1.3c?
3. Have you checked if HDest is loaded first or last? The Bootcamp stuff must be loaded last.
4. Are any of the archives corrupted? Try redownloading.
Top

Ok, thanks for the help I got it working now

Update to 4.2.4b (13.01.2020) "Jetpack"
- Added Jetpack course with obstacle course and launch tube
- Updated descriptions and voiceover in the items, medical and bestiary courses to be up to date with HD 4.2.4b
- Now fully compatible with HD 4.2.4b!
Top

I'm not 100% sure I'm not just completely misunderstanding things, but I don't think the turret in the medical section actually *wounds* the player (I assume it's meant to). It certainly deals damage, and that damage seems to hang around even if there's no HUD indication of it, but scanning myself with a medkit indicates no injury whatsoever and trying to use the medkit just tells me there's no wounds to fix.

Admittedly I can't understand HD's HUD at all, so I could be completely wrong. Somewhere in this .wad it's mentioned that your blood levels are shown, but it's always seemed like bleeding just drops your health over time (so are those tall bars health? Seems like your health regenerates on your own, sort of?)
Top

If you got armor, the shot might not go completely through. Taking off your armor and then nabbing those shots head on'll definitely cause bleeding.

There's several systems attached to HDest's health. The EKG itself serves as overall health, yes, but the tall columns in the EKG serves as a blood indicator.
https://cdn.discordapp.com/attachments/ ... 98/EKG.png
If they're low, you might find yourself healing slower, fatigue faster, pretty much reduce your combat effectiveness until you no longer can even fight from severe bloodloss.
https://cdn.discordapp.com/attachments/ ... ODLOSS.png
That's when you need to attach a Second Blood.
Top

Recent HDest update, 4.6.1a, has added and changed a number of things which unfortunately broke the Bootcamp. I've managed to update a few, allowing the map to atleast still be run with the latest stable, among other things like asset updates and new lines for new mechanics, but several things are still kinda broken right now. I wish I could fix everything myself, but it seems that the ACS scripting in the archives don't have all the sources, so I'm kinda stuck with the compiled lump. Most of the map should still work however, so newcomers should hopefully still able to get the most out of this map.

Current known problems with this release are:
- Mounted gun not shooting anything in the Supernatural and Medical Modules. Not really game breaking, thankfully, but still a noticeable problem.
- Crashing in the Traps Module after the Monsters round. Now, this is genuinely a problem.
- Monsters in general having their scripting broken. Leading to Traps Module spawns no longer running towards the player, Stamina/Encumbrance marine no longer doing laps, Indoor Range marine shooting somehow alerting both instructors and getting them to move instead of sitting still, and so on.
Top

Known problems are fixed, parts of the trap module are out of service for the moment. Its redesign is on to-do-list. Thanks to Zik for keeping up with everything!
Top 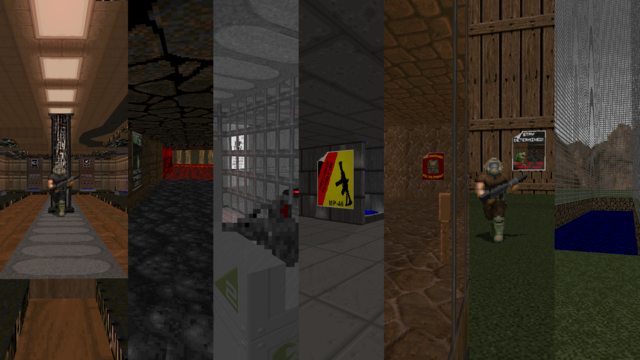 The Bootcamp has been now finally updated for HDest 4.6.1a! Took us a while, but we eventually got there!
New things include bugfixes (stationary guns can properly fire), renovations in the Traps module, revamped assets, brand new posters, updated information, and new lines to fill in those new information!
Top
13 posts • Page 1 of 1