Satanic Gameshow Deluxe is a gameplay mod for GZDoom that I've been working on over the past several weeks. This is actually my first attempt at making a gameplay mod, at least on this scale. After almost 10 years of making maps for one of my favorite games of all time, trying something different has been kinda scary and exciting in equal amounts.

One of the two core features in Satanic Gameshow Deluxe is a "feat"-based weapon upgrade system: by killing a certain number of a specific enemy, the player gets an upgrade for one of the 10 custom weapons in the mod. The other core feature is something I believe hasn't been done in a Doom gameplay mod before: finishers á la Wrack. (Do correct me if I'm wrong on this one, though.) That is, the player gains "finisher tokens" from killing numbers of enemies in quick succession, and with enough of said "finisher tokens", a devastating special attack can be used. Each weapon has 3 different finishers.

Satanic Gameshow Deluxe requires GZDoom 4.5.0 at a minimum to run. It is designed to be played with any commercial Doom IWAD. Compatibility with any other IWADs is neither guaranteed nor planned. 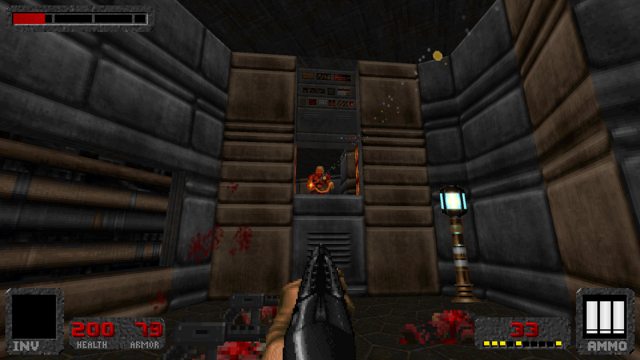 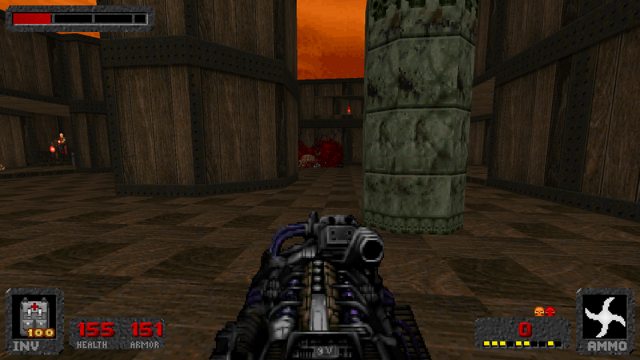 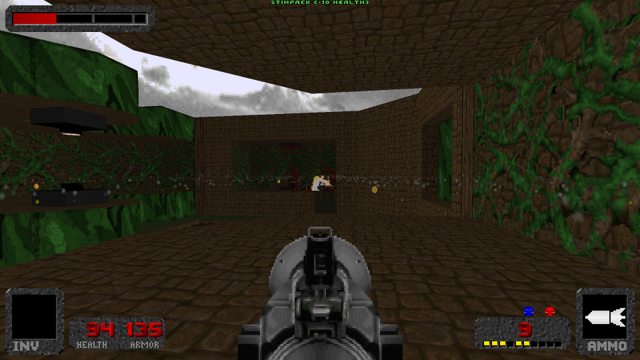 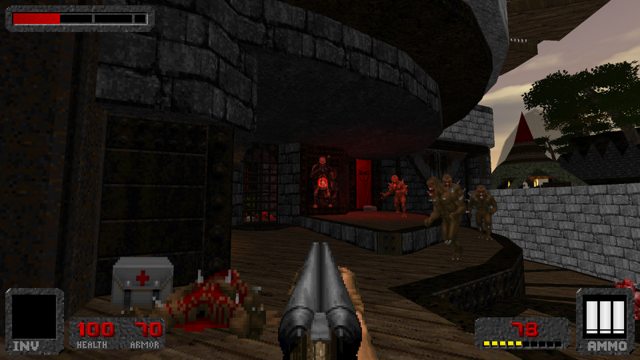 DOWNLOADS AND OTHER LINKS

Why thank you! c:
Top

Tune to twitch.tv/mfg38 at 5:00PM GMT today for a demonstration/playtesting livestream of Satanic Gameshow Deluxe!
Top

The beta stage of Satanic Gameshow Deluxe has now launched! Download links for Beta v0.9 are in the OP.
Top

Just a quick tip for the shotgun: You'll want to make one of the shotgun's pellets always fly either dead-center or with a very small amount of spread. Otherwise, there's a tendency to be aiming directly at an enemy and still miss because the pellets are spreading too far around it.
Top

dawnbreez wrote:Just a quick tip for the shotgun: You'll want to make one of the shotgun's pellets always fly either dead-center or with a very small amount of spread. Otherwise, there's a tendency to be aiming directly at an enemy and still miss because the pellets are spreading too far around it.

The shotgun has limited range anyway - you won't be able to snipe enemies from across half the map with it. If I make such a change, it'll be because I personally feel the need for it.
Top

This little typo is, aside from actually keeping those from being detected, obviously, printing ACS errors on every tic, if you have those messages turned on.

[edit]I like the idea of this mod, but never in a million years did I expect to see a shotgun that makes Doom 3's look like a sniper rifle. Sorry! I think this mod isn't for me, at all.
Top

This little typo is, aside from actually keeping those from being detected, obviously, printing ACS errors on every tic, if you have those messages turned on.

Thanks for spotting that, fixed it!
Top

Is this better for slaughter maps because I like the concept but the amount of "finisher tokens" seems a bit low. Maybe a combo counter with a visual representation of combo decay to help encourage "gotta go fast" Demonsteele had something like that.
Top

durbdoogle wrote:Is this better for slaughter maps because I like the concept but the amount of "finisher tokens" seems a bit low. Maybe a combo counter with a visual representation of combo decay to help encourage "gotta go fast" Demonsteele had something like that.

I didn't personally test it with slaughtermaps, but I'd imagine it works rather well with those. Though chances are you'll be able to acquire most of the weapon upgrades in the first level or two, but then, it's up to everyone's personal preference whether that's a bad thing or not.
Top

v1.0 of Satanic Gameshow Deluxe has now launched! Download links are at the bottom of the OP.
Top

My deepest apologies for the horrible bump, but I just figured I'd take the time to announce the v1.0 release of SGD Lite!

SGD Lite is a stripped-down version of Satanic Gameshow Deluxe. This version of the mod features only the custom weapon set with all of the upgrades and finishers, as well as the few custom powerups that were in v1.0 of the main mod. All minor features, such as the new visual effects and enemy behavior tweaks, have been removed.

You can download SGD Lite v1.0 at the following locations:
Dropbox
ModDB

Anyhow, I just felt the need to let anyone who's still interested in this mod know that work is still ongoing. A lot of new features and general bugfixes/tweaks have been made since the launch of v1.0, and there's still no end in sight! I just released the latest versions of both the main mod and SGD Lite, respectively numbered v1.4 and Lite v1.2. The download links can be found in the OP.

I plan to continue working on SGD as much as I can, and I've actually been planning a v2.0 of the mod for quite a while. The main highlight of SGD v2.0 is going to be a near-total rework of all weapon finishers to make them at least 20 times more powerful and satisfying. The reason is that in all honesty, I'm not too happy with most of the finishers in their current state. In addition, I plan to rewrite the HUD in ZScript, as well as convert as many of the ACS-based systems as possible over to ZScript.

On the topic of reworking the finishers, below is a link to a speadsheet where I've jotted down some ideas for new finishers. If you take a look at it, you'll see that it hasn't been completely filled out. Which means that here's your chance to leave your mark in SGD by thinking up a finisher or two! Or five! Or ten! I'm open to any and all suggestions you may come up with, as long as they don't sound horribly overpowered or out of balance with the other finishers.

The finishers that make it into v2.0 will of course be duly credited to their respective inventors. Thank you in advance!
Top

So I played some of this mod and I have to say that I'm as shocked with the design decisions with normal weapon use as Somagu is. The biggest issue here is that Doom maps were not designed for them to work like this. The way you made weapon range work in itself is totally fine... if the maps were designed with these weapon mechanics in mind (though personally this kind of range system irks me regardless). The problem is that a ton of Doom maps were designed with the fact that you can use Doom's vanilla weapons with their effective range just like the vanilla game and the ammo, monster placement, weapon placement, etc are balanced with this fact. This is an issue with almost all mods to varying degrees but most mods make an effort to make things playable despite their design differences. Unfortunately, playing SGD can be impossible in some circumstances because your idea of weapon roles being forced into the design is entirely incompatible with many megawads.

A major example of this is the shotgun and SSG. In vanilla Doom you can literally use the shotgun to snipe enemies at pretty long ranges due to the low spread. The SSG can be used for crowd control of zombies at decent range. Both of these functions are rendered impossible due to SGD's range limitations. Another example is the chaingun. I understand the pistol replacement is meant to work as the sniper but often times, a map will just provide you with a chaingun to tap fire with which in vanilla, works fine as a sniper but just like the shotguns it has bafflingly short range.

There's a good reason games in general don't implement range the way this game does, too. There's a difference between making a weapon ineffective to use at range and making it literally impossible to use at range and making it impossible by making your hitscans vanish beyond a certain point is frustrating and really contrived. That's why shot spread exists as a mechanic and you can just make a weapon function badly at range by increasing its spread appropriately.

Sorry to sound harsh about my criticism but I really do like the idea of this mod. It's just that at the moment it can be borderline unplayable except in very specific circumstances where the map just so happens to fit it perfectly. Even if you made maps specifically for this mod it's still too frustrating to play.

Lastly, I have a minor issue with the feat based upgrade system which is that the mod is not transparent about this mechanic in terms of what enemies to kill, how many you already have killed, and how close you are to getting an upgrade. You should probably put this in the HUD or delegate this to a bind that brings up a screen that shows this.
Top
24 posts