DeiMWolf is an old project I have been working on for quite some time (years, honestly), so I guess it is about time I posted about this here.

The difference between this mod and other mods based on Wolfenstein 3D is that it will eventually have its own set of original graphics. At present this goal has not been completed. All of the boss enemies still use Wolfenstein sprites as place keepers, and some of the lower enemies use Wolfenstein sprites for movements that do not have their own sprites yet (i.e. The standard guard has all new 3D rendered sprites, except for when he fires his gun, which has W3D sprites instead.). I am slowly replacing these sprites as I am able to. Eventually, there will only be new sprites instead of the old ones.

Due to the age of the project, and the fact it was originally started in DooM Legacy before switching over to GZDooM, there is a weird mix of features, including a mix of high and low resolution textures, the aforementioned Wolfenstein sprites, 3D objects constructed from sectors along side high resolution sprites and voxel objects, Legacy format levels, and fraggle script instead of ACS. Appearances should start to become more uniform as the project goes on however.

The web site is woefully out of date and needs a major overhaul. Do not look at the screen shots there. They no longer accurately represent the project.

The current release of DeiMWolf, version 0.9.3, is not linked on the web page itself. You can download it at http://www.doomlegends.com/deimwolf/dwv093.zip

DeiMWolf version 0.9.3 can be run as a PWAD under doom.wad, but can also function as an IWAD. You need to either specify it as an IWAD with the -iwad switch, or add it as an IWAD in ZDL. Older versions can only be run as PWADs. 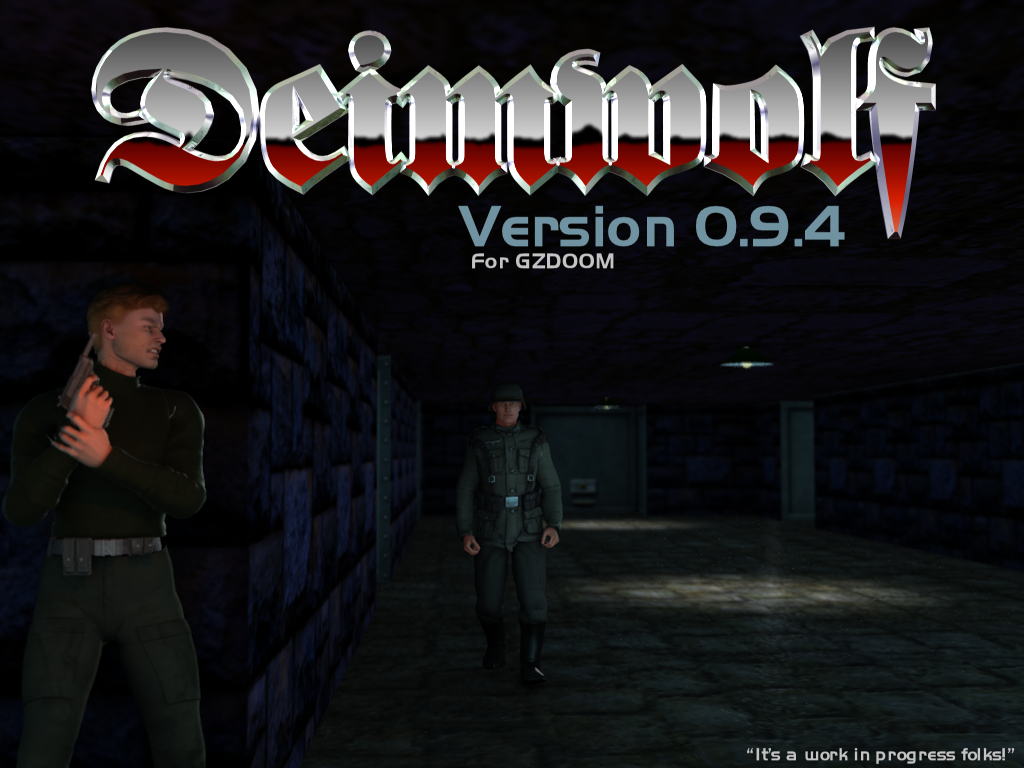 The screen shots below are from the progress report thread on the Chex Quest Fan Forums. I will add better screenies when I am able to. 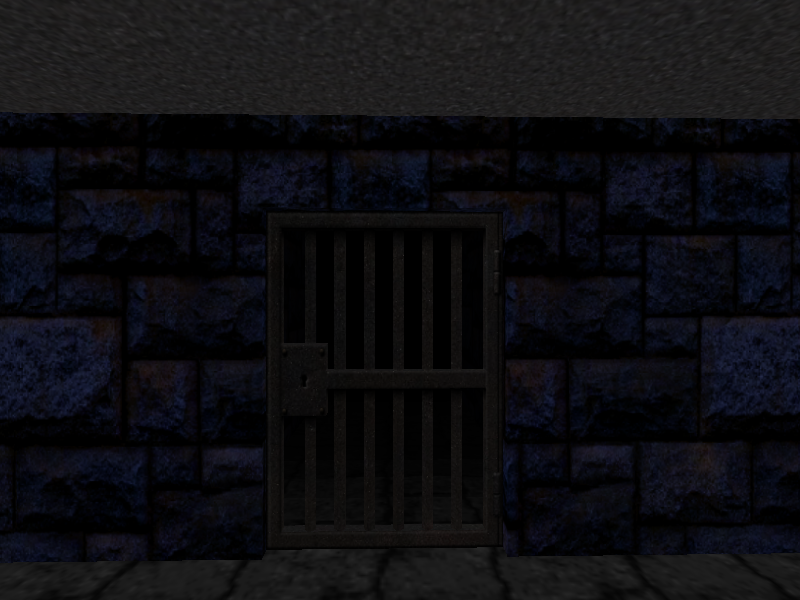 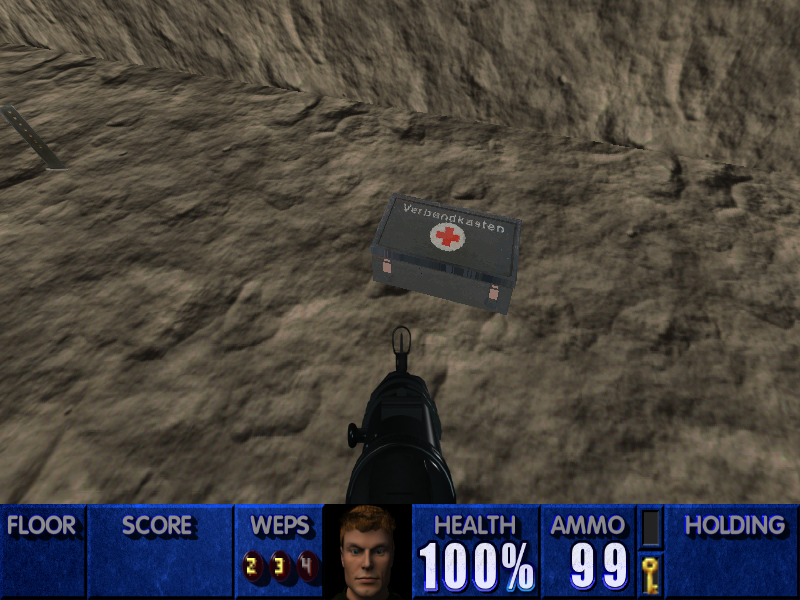 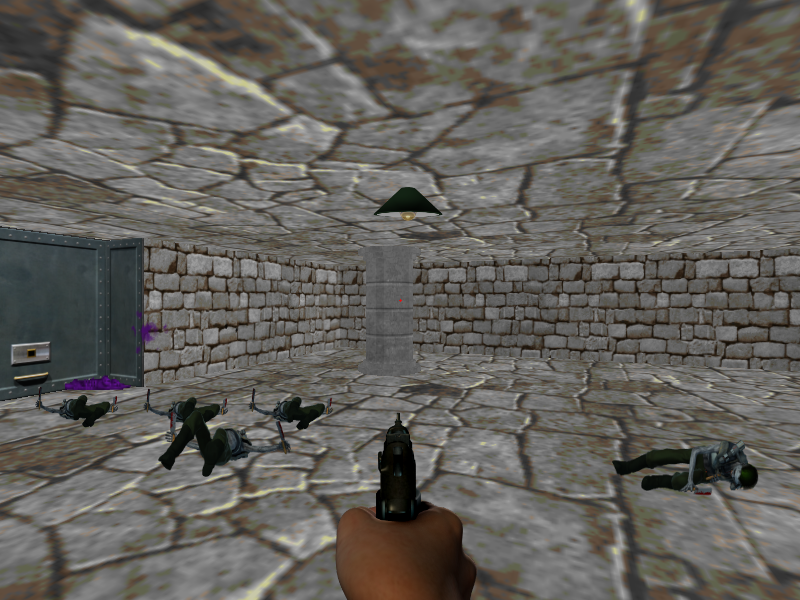 It should be noted that I only do DeiMWolf for fun. I do not work on it all the time. Therefore, updates are few and far between.

I will try to keep you informed whenever a new version is released.
Top

I once spent some free time editing a previous version of this to conform more to modern ZDoom coding standards. I could do that again. Is that something you would be interested in?
Top

News Regarding DeiMWolf. Screen Shots Too.

I'm sorry for resurrecting such a very old thread folks.

This project is still alive. I just haven't updated it in a long time. I am a very slow worker, with the ADD and all, so I tend to work on the project in short bursts, and my updates are few and far between. It's just a hobby after all.

I do hope to have a new release ready some time in the next few months. I'm sorry for the wait.

I have been working a lot on the project in the last year.

I have added many more sprites. A few of the original Wolfenstein 3D sprites still remain, but most have been replaced now. i.e. Finding a motion capture animation for the guard drawing and firing his weapon is proving difficult to find, so I have not rendered sprites for that sequence, and the guard switches to W3D sprites for that.

(Why are images disabled? It makes it very difficult to post screen shots this way.)

Up until the last release (such a very long time ago) all the levels had a bright flat lighting to them, since I was just trying to get the levels working. Over the last year I have gotten heavily into altering the the lighting to create darker areas. I have been having much fun creating sector based shadows and lighting effects.

I know this project seems like it has been in development hell longer than Duke Nukem Forever, but I definitely have been working on it.

I usually post my progress updates on the Chex Quest Fan Forums and on my Discord, but since I don't want my account nuked again, I will try to come back here to post screen shots from time to time.
Last edited by Boingo_the_Clown_II on Fri Sep 02, 2022 1:53 pm, edited 1 time in total.
Top

Re: News Regarding DeiMWolf. Screen Shots Too.

Please follow the instructions in this thread: viewtopic.php?t=55791
Top

Hey. Props to you. I thought you'd never get this far. I asked for your German Shepard animation over 10 years ago. I had it somewhat done back then but didn't release a version until last year (here on the GzDoom forums), this time completely redone ground up. I'm a graphics guy only so used AFA Doomers TC.

On that note, have you worked on the AI scripting for enemies and things like that yet? Or was that done many years ago and the struggle is your impressive and unique graphics?

It seems I am also a slow worker. So it's good to hear you are still in the community. Don't give up, I didn't.

Reading your OP answers my question, "DeiMwolf is fully playable. Mapping is complete, with the exception of minor details not related to game play."
Top

There has been much progress over the last couple of months.

I am hoping to get a decent release out before the end of the year.

My play testers seem to be enjoying it.

To say "it looks cool" is kinda underselling it.
Top

Not to discredit the work you've done so far. You've clearly put a lot of effort in and have done a great job so far.

I know it's a work in progress but one big critisism in my opinion is everything looks far too clean. All the wood especially looks like it was installed yesterday. BJ has not a speck of dirt on him for an escaped prisoner.

But I don't want to bash something that's a work in progress, and it's just my opinion, but yeah, I would just scuff things up a bit.