Courtesy of Jan ''Grubber'' Cholasta, whose works have been highly influential to the entire Doom community. Its because of his new year present that i am making this.

Please move this to the appropiate place if needed. This took a while to make.

Introduction:
GrbDoom is one hell of an entertaining source modification that brings a smile upon your face. But how did this came to be? For that, we have to back to 2004, and 2020.

History:
Back in May 2020, i made a call up here regarding a project called GrbDoom after attempting to contact the author (Who still was active there) but without a result. GrbDoom was a rather advanced modification made for fun that employed rather advanced mechanics to the weaponry and beastiary. It came with a demonstration map, pyramid.wad. Grubber released GrbDoom on June 1, 2004 publically, which was the second version of the mod. The actual release date was May 30, 2004.

After several appeals, i gave up the search. Archive.org didn't had this archived, nor did the community.

But a New Years Eve packaged dropped on my way today. Grubber left a PM on the ZDoom forums and along with it, a binary of the most recent version of GrbDoom, and its source code! On top of that, the original release based off ZDoom 1.20 was also uploaded, source only.

Features:
GrbDoom is a source modification, meaning its a modified build of ZDoom 1.23, Beta 33 as version 2. A seperate dll is provided, along with Grubber.wad which hold most of the changes. It has a menu called Grubber Options which has two submenu's:

Weapon Options:
These alter the weapons of DoomGuy where multiple combinations are possible. Things like a pistol that spreads 3 bullets, punches that can push monsters away, a chainsaw you can throw, a fully automatic shotgun with explosive shells, a rocket launcher with bouncing rockets, effectively making a grenade launcher? Possible. In addition, the Rocket Launcher also has multiple other fire modes, including a Flamethrower, Napalm Launcher to a Nuke Launcher with ditto visual effects. Or how about a plasma gun shooting rail slugs? Its all possible. You can even bunch barrels which will fly through the air in slow motion. With a berserk pack, you will punch baron of hell's all across the map. Its endlessy stupid seeing a Baron of Hell do the Lost Soul kamikaze strike without a sound. Or a Nazi screaming ''Mein Leben'' as you punch it out of the map. It looks absolutely amazing.

Monster Options:
The real fun is found here. Changes monster behavior in real time. Want a Hell Knight that shoots out a Lost Soul which can shoot a plasma ball from a Arachnotron? Lost Souls spawning Lost Souls that spawn Lost Souls? It is possible. Lost Souls with BFG's? Or Zombiemen shooting rockets (Or Lost Souls)? Or Wolfenstein guards shooting Revenant fireballs? Caco's with rocket spreads? Or a Baron of Hell doing a Lost Soul kamikaze? You can change it all dynamically (As in, you don't have to reload the map) The Archvile and Pinky however can't yet be changed.

Though the monster and weapon behaviors work on any level, a special level, pyramid.wad is provided. It features a large pyramid containing multiple spawners that spawn items and (Disappearing transparent) monsters around the battlefield. Collect all the keys, and finish the level. 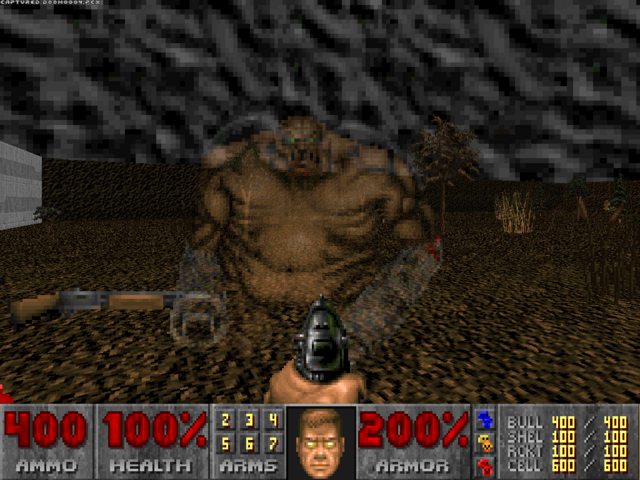 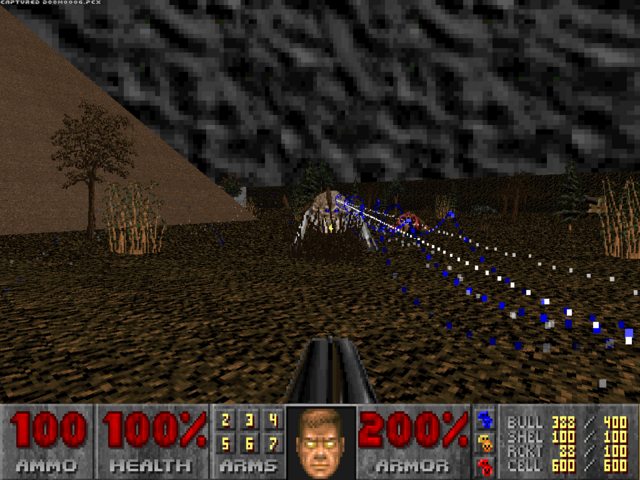 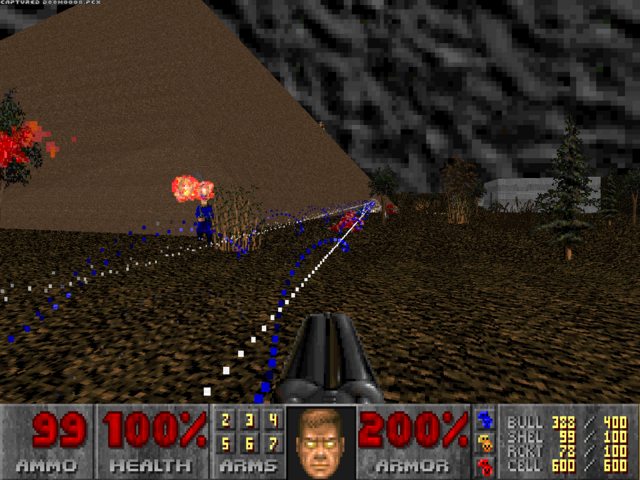 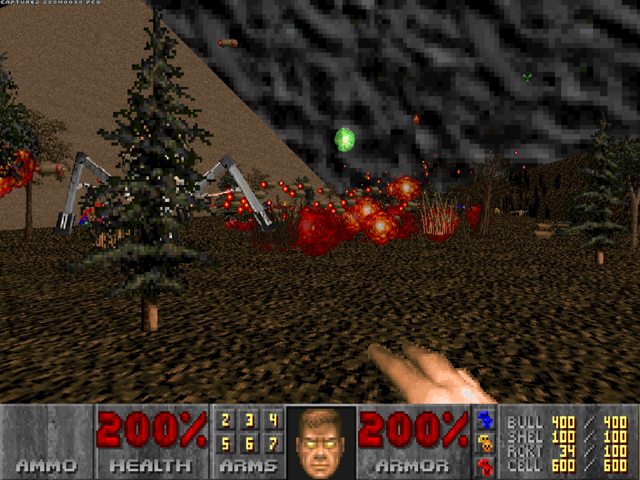