For months now, Allied Intelligence has suspected that the German navy has been attempting to construct a nuclear-powered submarine somewhere in the Arctic Circle that would rule the Atlantic and threaten the east coast of the United States. The existence of this submarine, codenamed Seeteufel (Sea Devil), has been confirmed. Reconnaissance photos have pinpointed the site where this sub is being built as a u-boat base in a fjord in northern Norway, and although several spies have been dispatched to this location, none of them has been heard from again. Your mission is to infiltrate the base, rescue these missing operatives, and destroy the new submarine before its construction is completed.


The mod now requires the source port EDGE-Classic (which is a fork of the original EDGE) more info here: https://www.doomworld.com/forum/topic/1 ... e-classic/

19 levels of intensive and plot-driven Nazi-blasting fun, plus one super secret bonus level which can now be reached without cheating. 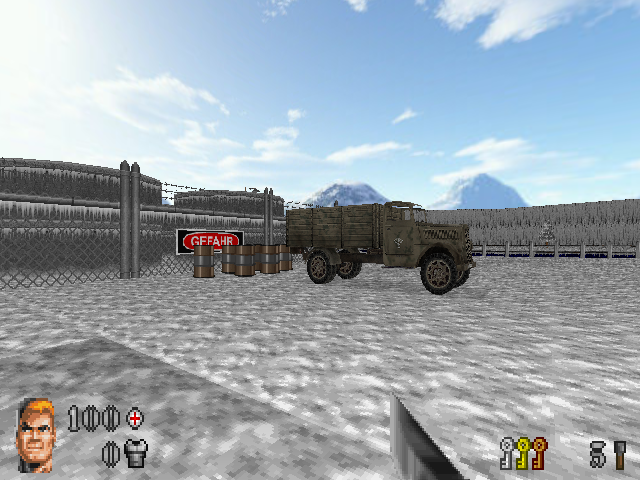 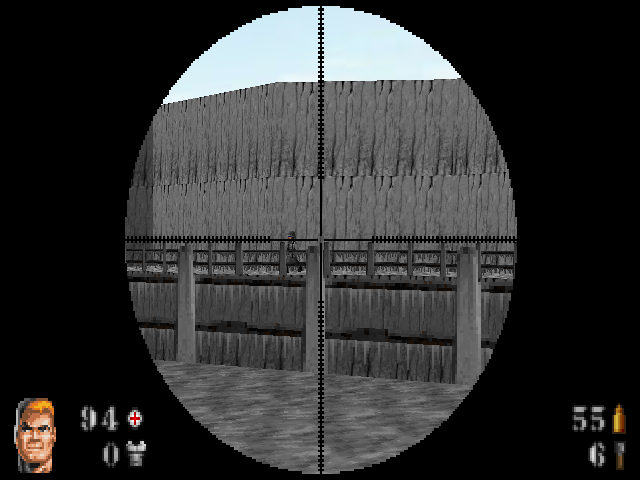 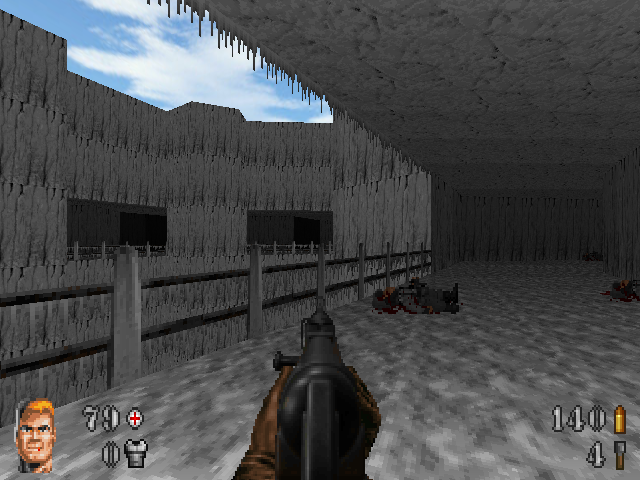 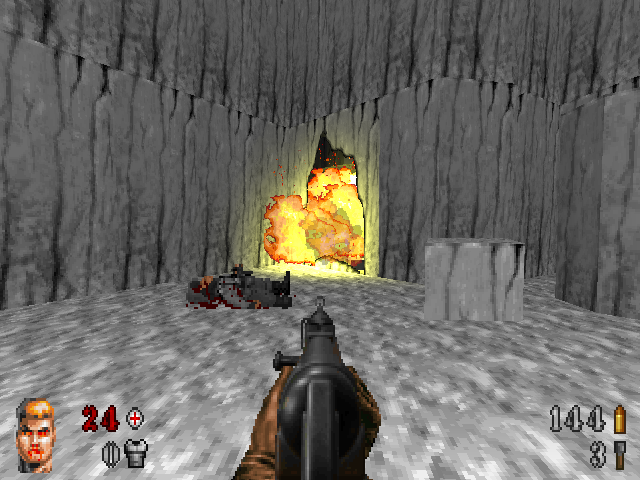 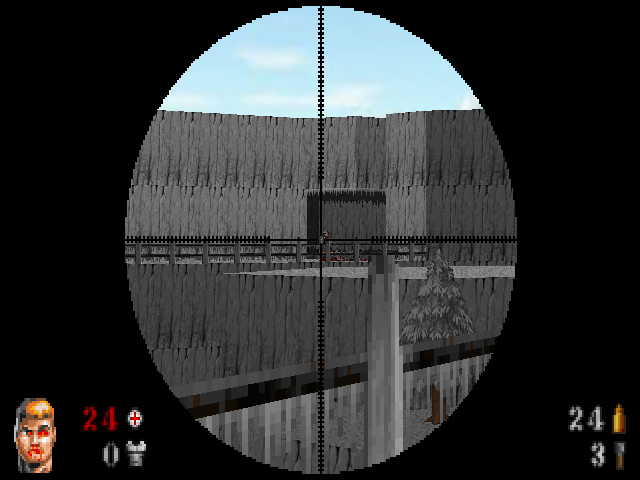 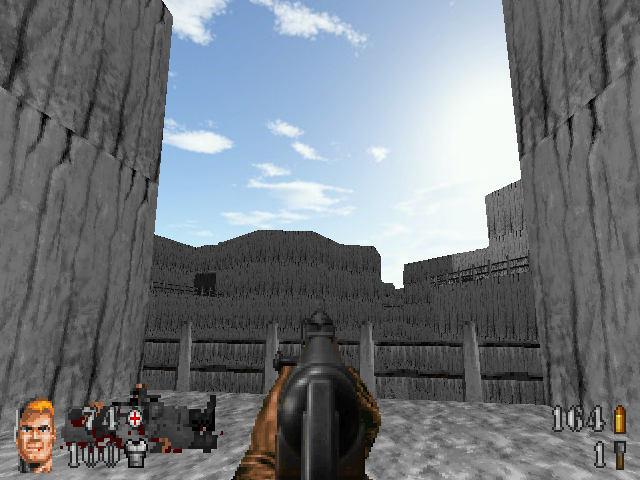 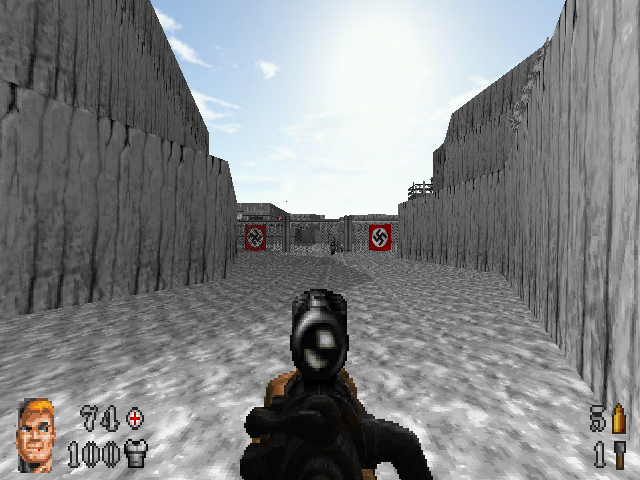 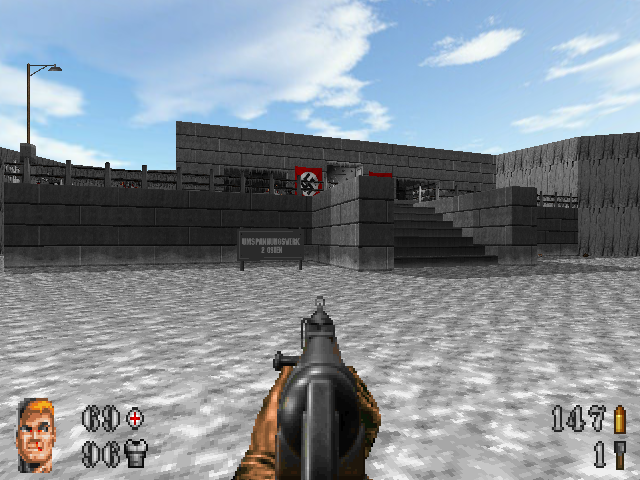 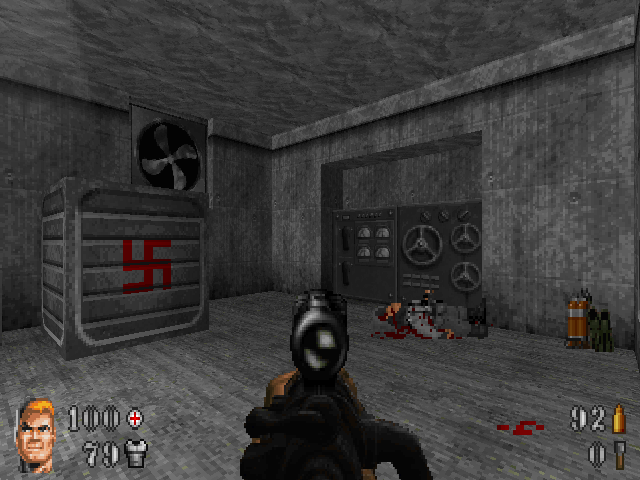 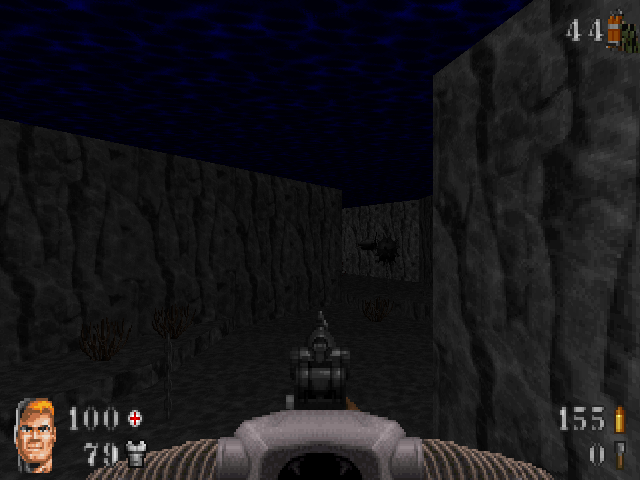 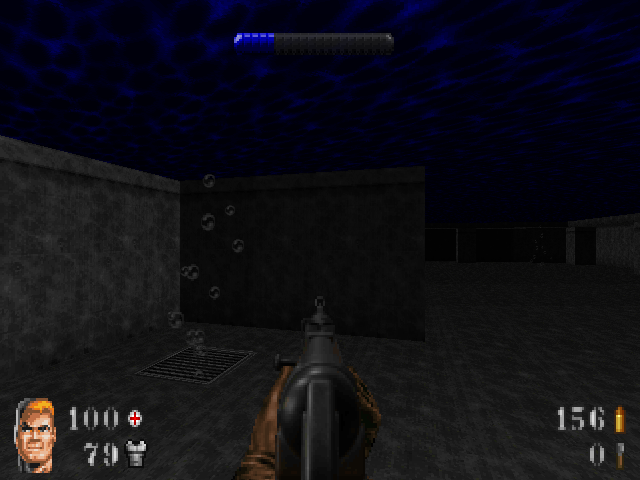 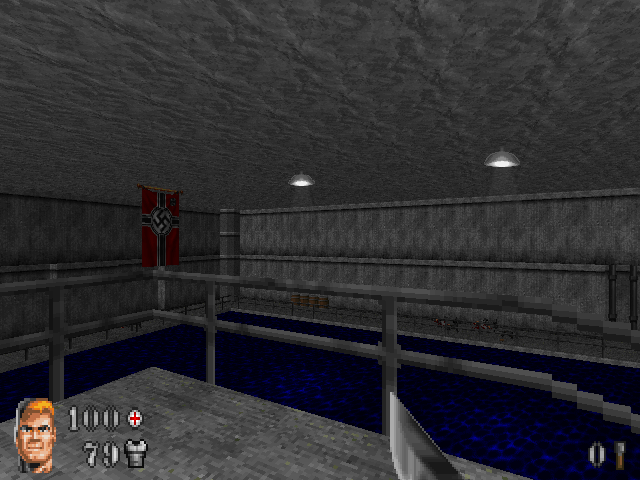 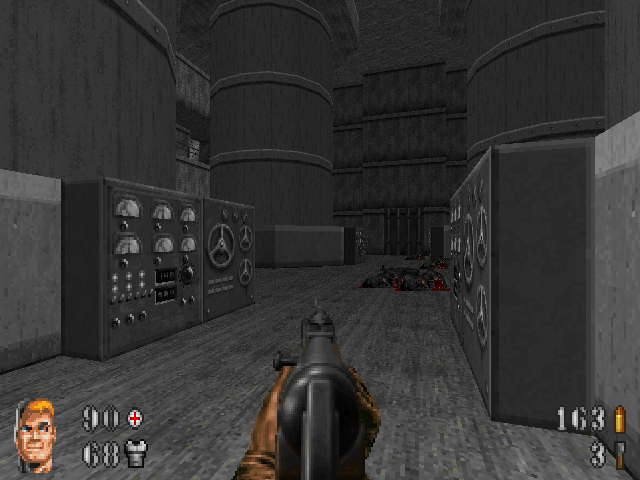 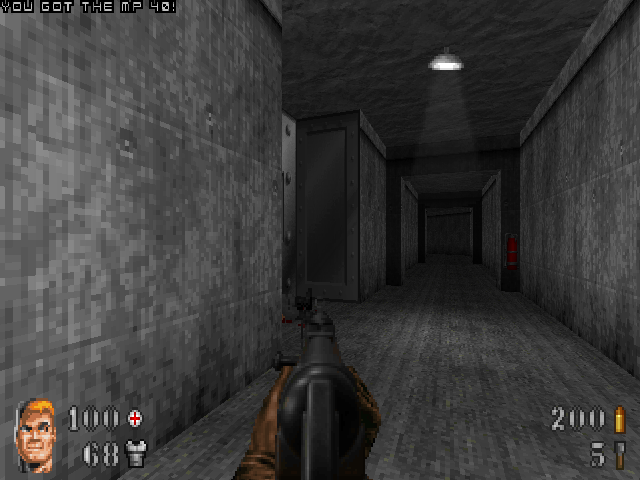 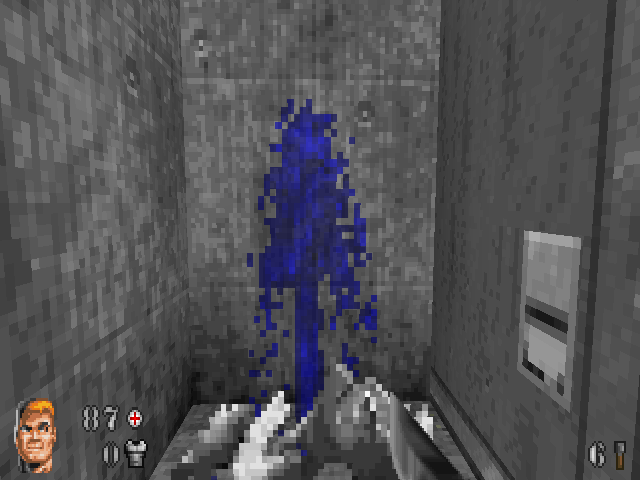 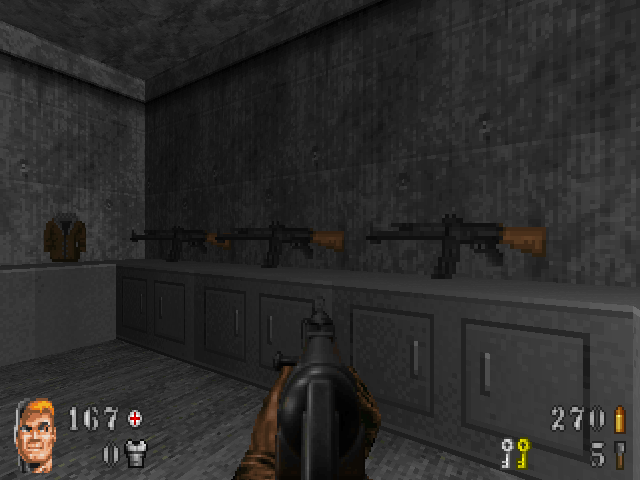 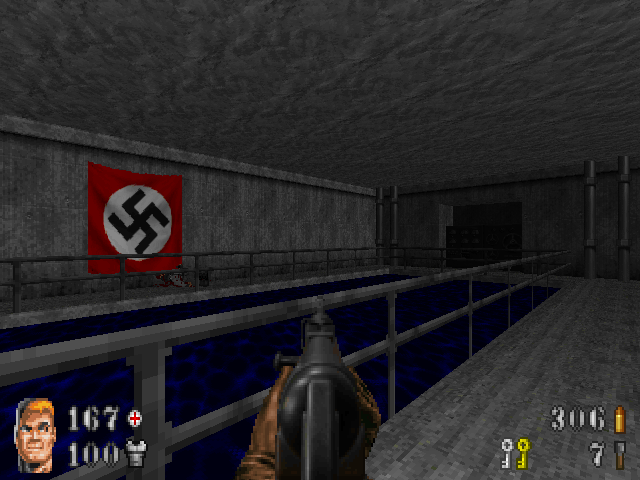 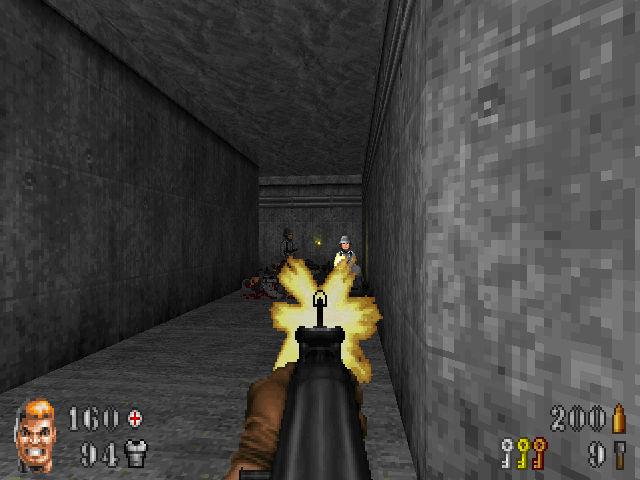 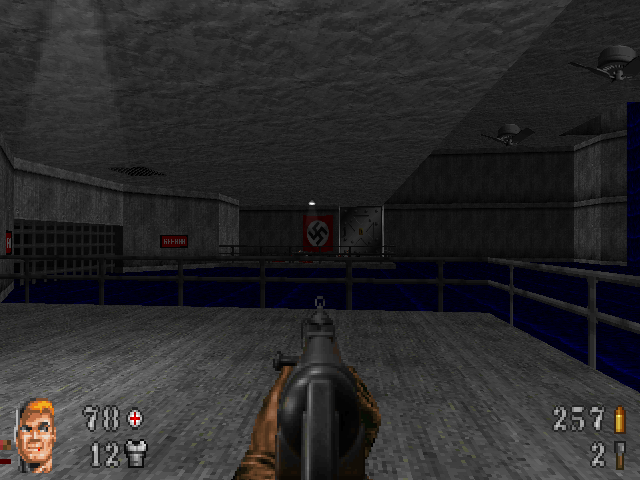 DOWNLOAD (version 4.0): Coming soon
Remember, you will need EDGE-Classic to play this.

You do not need any of the files from the original or special edition of Operation: Arctic Wolf to play this. You will, however, need EDGE-Classic (see above) and a DOOM II IWAD.

Spoiler:
I originally had no intention of modifying the levels in any shape or form, however I had to do some fixing to make a lot of them work properly. In the process I also made some minor additions but overall the changes are less than minimum and I take no credit for them. A lot of the new effects and whatnot are achieved through scripting and other means. Levels were created by Laz Rojas for the original Operation: Arctic Wolf.

And that's only the beginning. In later levels you'll be exploring dams, sub-depots, barracks etc. not to mention you'll be busting fellow agents out of captivity. It was quite a epic little package Laz was able to produce within the limitations of vanilla Doom 2.
Top

This looks absolutely incredible! Thanks for creating this, I'm looking forward to playing through this!
Top

Reminds me of my attempt to zdoomify Arctic Wolf. Got as far as the second resource wad and got bored trying to figure out what everything was.
Top

Yeah, that was the biggest headache. Figuring out what everything was supposed to be and how it was supposed to function. When I first blended the two together, the first part was fine but the second was a mess. Interestingly, Laz did leave some unused resources in there. Also, I have memory of exploring an airfield in either the original (is this one lost?) or SE version, but I can not find it anywhere in the maps. There's even resources for this.
Top

This sounds and looks promising, need to check it when I'll be back on comp...

As a side note, can you be more specific of what did you use from BoA? This wouldn't be mandatory but surely appreciated (if possible).

Resources used from Blade of Agony...

Spoiler:
Shark with tracker thing (will be removed in any case)
broken trash bin

It's not a lot, really, and I have plans of removing atleast one of the things.
Top

Don't worry, you are free to use that stuff...
I was just curious, also because I really don't have enough free time to keep things tracked and to check / play mods. Your reply is enough for me, keep up the good work!
Keep us informed if you come with new hires sprites, we need mainly for props and a couple of weapons / pickups
Top

What, more exactly, is it you need?

You can use my fire extinguisher if it's suitable. I edited a picture of an authentic WWII era one, re-sized and re-coloured for use in Doom. That's one of the things I'm trying to replace, all the modern day stuff with something closer to the real time period.

Comes in two flavours, orange and red (orange is a little more accurate)

Some screenshots of the Dam, part I... Yes, I am aware that the wall doesn't tile... like... at all. Also, for those who remeber and know how to beat this level will get a little surprise.
Top

I am really not sure if this mugshot is a good choice... it looks totally different from BJ

Well, I never recall Laz specifically referring to the player as being BJ in any of the documentations. I figured it could be any nameless spy. But who hows, I might have it changed for the full release.

EDIT: I might have it removed all together, since the mod would require more expressions and looks. What with the underwater segments and new pain types, etc.
Top

I quite like the new mugshot and the fact it looks different. Having more than just BJ winning the war for the allies is fine IMO
Top
100 posts