And I guess my point was that the official ZDoom build is woefully out of date compared to the feature set that is actually available in the current code; a feature set that is, in part, there because modders asked for the features. i.e. the current ZDoom is out of date so it doesn't make much sense (to me) to restrict a mod to an out dated set of features, especially if those features are already in an official GZDoom and will be in an official ZDoom sooner or later. Each to their own I guess.

Sometimes, you have this effect that you want to replicate with a feature that doesn't officially exist yet. I mean, sure, you could take the relative Zandronum path and hack it together with all of the current ZDoom features, but to what end? If there exists a more stable, reliable, and sensible way to do it in a newer engine block, I say, why the heck not? I'd choose that option infinitely speedier than a solution that works based on Macgyver'd paper clips and tissue rolls. tl;dr ZDoom is too slow and GZDoom exists to update officially for that very capacity. 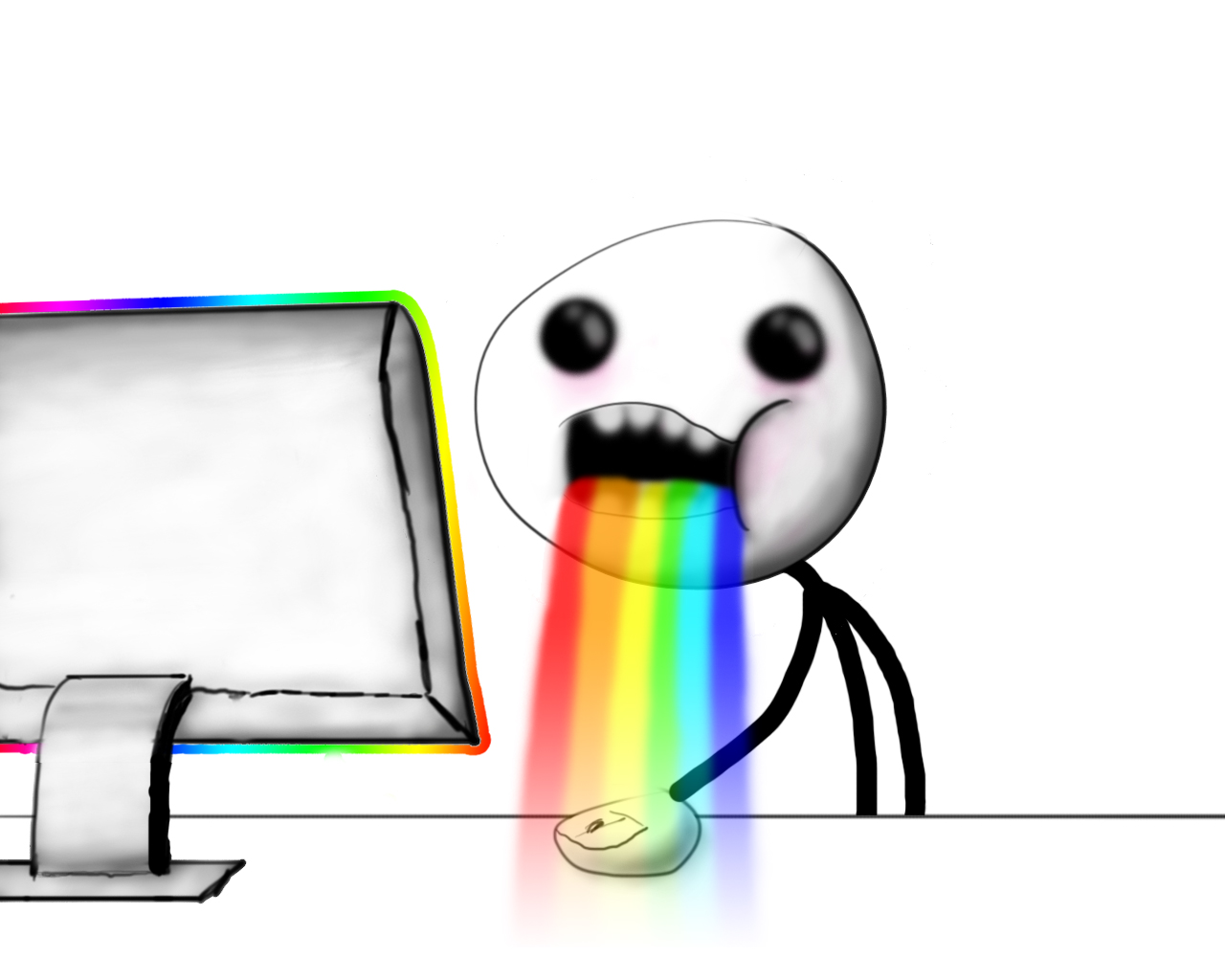 iSpook wrote:Groovy. Any news on that fuck-huge weapon DN was working on? (This thing I believe.)

Edit: Oh, and about the dash thing you have, Pillow: Can you change it from double-tap dash (which does go off rather easily) to something like Demonsteele's "Run+Direction key" dash setup?

Dunno. I didn't plan on finishing it, considering that thinking about figuring out the firing system alone for that thing proved to give me a headache, so I have had let it slip. If Dooms will feel inclined to add that, then I'll follow.

I am more familiar with the Unreal-kind setup (yeaah... I know, you can slip into pits or wrong places in general, thanks to that, but practice makes perfect!), and I don't want to include yet another button to bind (that's bane of my existence recently), so I'm afraid it will stay as it is. However - I'll decrease the reaction time a little, so there'll be more space for error there.

The year have had only started, silly. There's still plentiful of time for the folks at this forum to change your mind.

jpalomo wrote:I made a patch file to allow Trailblazer to be loaded in Strife. Just load the mod after the main file: http://www.mediafire.com/download/fcapq ... strife.pk3
It replaces all of the weapons (except for the sigil) and all ammo types, as well as the spectre bosses (so you can actually damage them). Health pickups placed in the map are the standard doom style pickups, while the purchasable health is pooled into your "Pisskey" in amounts of 10, 25, and 100.

Oh, cool! I do wonder if that's really all, though. I bet that it's not, in case I'd like everything to be named, priced, and adjusted correctly.


osjclatchford wrote:been waiting for this for a long time and find myself very disappointed it is for gzdoom only... guess I'll never be able to play it. I tried to load it anyway (you know, see how odd it does look without the 'g' ? but alas it wouldn't even load at all

no chance of a knocked down version for zdoom users? we feel rather left out

The only problem with the zdoom is that the effects weren't intended for software mode - hence the gzdoom being weapon of choice here. You can freely launch it with some beta version of zdoom, as it's been already mentioned! Still, the gunsmoke in some weapons obscures heavily your vision (and chews on the processor), and bullet puffs are square.

I think otherwise. Still, if more people feels like the guy above, I guess I could work out some cvar to rectify that issue by removing or changing the sprites that are my gripes here. If the demand will be high, I'll address that this way.

(That, or completely replace them with different particles while activating the software mode, as Xaser once suggested, offering me to freely scour through his mods for resources needed for that undertaking. Sadly, I've got overloaded with work... and extremely lazy, as I didn't feel like doing this at all. It's a mod made for gzdoom in mind in the first place, it should look pretty, and, and!... and I'm lazy. And overloaded with finals right now, so I'm looking for excuses.. ;-;)

I really like how the double weapons are handled. The fact that they act independently from each other is really cool. For example, the revolvers can reload independently, even while the other is firing and you can mash the fire/altfire buttons to get each of the double weapons firing really quickly and not dependant on what the other hand is doing. I'm not a huge fan of reloading weapons in Doom mods but the way these weapons work, and the general balance of the weapons makes any reloading problems that I would normally have absolutely minimal. Being able to get a quick punch in while the weapon continues reloading is really helpful too.

I also really like the little touches. The character is his own cigarette-tab-spitting person: he's not Doomguy, he's not Duke. The new take on the powerups is interesting and graphically throughout the mod looks very nice: the menus, the sprites, the HUD, everything.

Oh, yeah, and did I mention that I love the look of the weapons?

Well, what can I say - I've sliced'n'diced most of my spare time these weeks to make this thing reach the daylight, despite all the lackings of time and motivation. Even if the mod was a clusterfuck of weapons at first, I somehow brought it to some coherent whole, after all. It was only touches from my side these days, if I can be honest, but considering how much effort I have had put into those, and the fact that you like it... yeah, that means a real lot to me. Great thanks for all the words of encouragement! I consider it a cool pay off for all the struggle I have had to take on to make it happen. Despite all the lacks in skills, I had quite the fun figuring out how to make those fonts, HUD and other gimmicks come together in addition to the weapons, playing the star role here. I hope this will also bring DN the so-needed motivation to get back on track. It's his mod, after all - I only helped him to make it happen, and brought it to the end (a little late, but still), despite the odds.

(To sum up - Doom, if you're reading this - STOP SLACKING AND GET BACK TO WORK, SLAVE!!) Just kidding of course.

Also - news from the front! While the info that Zhs2 figured that one out is a faux (entirely my fault for being unnable to keep my attention span in check these days) - I still figured out another way to circumvent the problem with expanding the Nutter's range in some (relatively) sane way. Expect things to gib in nice, wide rows in the next version!
Top

been using this the past few days, absolutely love it. no doubt one of my favorite weapon mods ever. would really love to see some maps designed specifically for this!
Top

Par9000 wrote:When I throw machete in air, i heard like a bullet fall down. I looked at ground and saw a shell. Fired shell...
Is this a bug? Or something like that.

That's not a shell - just a random cigarette butt!

That was shell... Its a bug actually. Tryed to do same another time, but failed. Maybe conflict with smoothdoom monsters only, or smth else..?
Top

what have I done?
ok guys I've relented and downloaded gzdoom to play this mod and I must say it seems I've completely misunderstood gzdoom over the years (for a start I've only just realized that the texture filtering can be turned off, that was the thing about it i liked the least) and this makes it look simply awesome to me. gzdoom lags like a bastard on my machine (especially with the minigun) but with this mod oh boy does it deliver.

the weapons loadout is reminiscent of malice for quake (which was obviously inspired by terminator 2) but obviously a hell of a lot more sophisticated. I absolutely love the dual wielding. the machette is tons-o-fun (also reminiscent of the chakram disc of killer quake pak) and the visuals amazing. must say that its a little over powered on standard wads but that's what the difficulty setting is for right?

I tested it on the city-assault wad I had seen in the old preview video and must say that this is the style that seems to suit this mod best. we need more maps like this for this amazing mod. any suggestions guys?
Top

PillowBlaster wrote: I am more familiar with the Unreal-kind setup (yeaah... I know, you can slip into pits or wrong places in general, thanks to that, but practice makes perfect!), and I don't want to include yet another button to bind (that's bane of my existence recently), so I'm afraid it will stay as it is. However - I'll decrease the reaction time a little, so there'll be more space for error there.

While I could say you don't have to bind a new button (Well, except the Manual run button, but that's not a NEW button.

), but I Understand.
Top

This mod is a whole lot of fun.

My only gripe is that the Chrome Justice feels really obsolete compared to the double Fleshrends, which is odd seeing as I found the latter first.
Top

well, i feel like shit. why the heck i didn't noticed it was already released? bookmarked and you did a great job there, pillow.
Top now THAT'S THE CRAZY PIONEERING REAL TRAILBLAZER'S SPIRIT FOR THE FRONT. i can't wait to see it's completion.
Top

Super Flip wrote:This mod is a whole lot of fun.

My only gripe is that the Chrome Justice feels really obsolete compared to the double Fleshrends, which is odd seeing as I found the latter first.


CJ's really good for crowd killing when you got them bottled neck and you don't have the NC or the minigun.


On another note: I can't help but to wonder if the Colts are a reference to the Revolvers Weasel's "Anti-christ Guy" uses, only with 100% less demonic-ness.
Top

iSpook wrote:On another note: I can't help but to wonder if the Colts are a reference to the Revolvers Weasel's "Anti-christ Guy" uses, only with 100% less demonic-ness.

More likely a reference to the Ebony & Ivory.
Top

I can't believe no one's said anything about THE FUCKING AWESOME MIDI of Motley Crue's "kick start my heart" for the title screen.

Made me smile, even before playing! Thank you pillow blaster!
Top