Get it at ModDB!

Or Github! for in-development versions as well as releases!

Features include, but are not limited to:

-Reworked Motorcycle, Thanks to Lewisk3's vehicle code from HaloDoom! Other vehicles will be remade in future updates

-Haste now gives infinite ammo for everything but BFG slot weapons! It also removes many cooldowns from weapons that have them. Go nuts with your new semi auto ssg!

-Dual SUb Machineguns now fire twice as fast, absolutely shredding through any zombie that stands in your way

-Zombies have completely new voices, courtesy of LandyRS! Zombies will talk to themselves while idle, taunt you, and scream in agony as they die. They'll even react to infighting and player deaths!

-Headshots have been completely reworked to be less performance intensive and significantly more consistent. The railgun and the revolver now do explosive headshots as well!

-Added the Meathook! Special action 2 now deploys the Super Shotgun's Meathook, a grappling hook that pulls you into enemies. The meathook can very quickly be retracted or deployed, if you want to use the ssg's original altfire instead
-Grenades now have individual ammo pools. Grenade drops from zombies are also now much more consistent and frequent. Grenades no longer replace other ammo types
-A handful of features from nashgore, such as the extra gib sounds and crushed gibs, have been added
-Needler rounds have been improved graphically
-The Hyper-Realism difficulty has been reworked. Hyper-Realism now behaves identically to realism, but with full monster health and multiplayer monster spawns
-The Unmaker now has a special action 2: [REDACTED]. This sends you flying through the air in real 6 degrees of freedom, destroying anyone in your path until you either hit a wall or run out of souls.
-Decoration replacements can now fully be toggled off. No more dehacked incompatibility issues!
-The revolver has been added! This gun sometimes replaces the shotgun. It packs a punch, tearing through multiple monsters, but has significant dropoff. Altfire fans the hammer, and it can also be dual wielded.
-The Spider Mastermind can climb on the ceiling, just like her children! She's also been given a grenade attack. You can fire these grenades from the mastermind chaingun as well.
-The cyberdemon's vertical attack has been reworked to be 100% consistent! No more getting sniped from a stray rocket fired by a cyberdemon you killed hours ago
-The player's cyberdemon rocket launcher's vertical attack has been reworked completely- You no longer need to aim it, simply fire and it will act like an air strike for the next monster you see. If none are in sight, you can fire a bunch and they will all fall at once next time you see a demon.
-Plasma grenades from the grenade launcher now explode significantly faster
-The bfg has been given a special action- The grabber! For a few seconds at a time you can grab monsters or projectiles. Main fire shoots whatever you're holding out, while altfire places it down. Enemy projectiles get considerable damage buffs when grabbed, while grabbed monsters act as a meatshield and turn against their own kind.
-Destroying frozen monsters now has some more graphical effects
-Archvile teleport toggle has been added to the menu
-Archviles now deploy flame walls when attacking. These make them a significantly greater threat. You can either try destroying them, or running around them. Be careful, if the archvile is too close the flame wall will trap you in place!
-Grabbing lost souls and barrels with the kick is now more consistent and has better range
-Blurspheres are much rarer
-Unmaker takes less ammo overall
-Freezebots are now immune to freeze damage
-The rifle bash can now perform fatalities, and knocks monsters back like the uppercut
-Rolling has been reworked to only require one button! HOld the direction you want to roll in, or don't press anything and you'll roll forward
-Tilt++ has been integrated

Spoiler:
Decorative effects are not listed
Self explanatory keys are listed but not elaborated

Spoiler:
-Meathook is always shown while blursphere is active
-Dying can have unintended stray overlays

Extensive credits can be found in BD Platinum's "Brutal Doom Options" menu
If there's any credits missing, let me know and I'll fix that right away

Submissions and feedback are absolutely welcome, this is a community driven mod

I also have a Patreon!

Thank you for all of your support, it's an honour to continue Dox's Personalized Brutal Doom as he moves on to bigger and better things, and I believe I can live up to your expectations! ~EmeraldCoasttt
Last edited by EmeraldCoasttt on Mon Oct 31, 2022 10:02 pm, edited 10 times in total.
Top

Been keeping an eye on your work. Congrats on the release.
Top

Zscript Brutal Doom, eh? That's an interesting one. I also kinda felt like Vanilla BD did a bit too much jank in it like it was trying to be Project Brutality, props where it's due to Sgt. Mk IV though for announcing he's gonna address that for its final version, so I'm looking forward to see how it's all been handled in this fork once I find time to look into it. I'm already in love with all the new weapon sprites, animations, and new stuff like glass slugs (something I've never heard of before). Oh, and as for that flying Mancubus? Fan-fucking-tastic. All you need to do is put it to the Jetpack Joyride soundtrack and you're all set. Hope this project goes well and good luck, man!

Its kind of a laggy thing on my PC, whereas BD21 runs very smooth. I have no idea why there is the lag that there is as there doesn't seem to be much difference in the effects and stuff. The other thing is the move speed of the non-tactical classes. You're basically walking when you run and there is no sprint key to toggle anywhere in the controls options.

Other than the neat upgraded enemies, its performing subpar on everything else basically in comparison to BD21 for the graphics and Player controls.
Top

R A D
Overall, a real solid version of Brutal Doom, reminded me of when I first got into doom modding.
However as previously stated, the default movement speed of the non-tactical classes is a lil' head scratching. That, and imo the pump shotgun's reload speed feels slower than vanilla BDv21 and could maybe be sped up a bit.
Besides those two small gripes, this is pretty enjoyable, and feels very polished!
Top

This is absolutely awesome in every way. I really hate how cluttered and unoptimized project brutality is, and the lack of polish with brutal doom with buggyness and such, but this is a rebirth of epic proportions. Thank you sooooo much!
Top

I really appreciate all of the kind words and feedback, everyone!

I'm currently working on v1.1, which will address the most pressing bugs as well as adding new mugshots for the demon morphs by Craneo

enjoying it so far, took me a moment to find the always bob option lmao
i think my only gripe so far is the new pistol mags. the new ones kinda blend in and dont really match the SMG or Pistol, which im assuming is why the rifle ammo mags got changed, to better match the new rifle sprites.
personally, i think i woulda kept the slightly slanted ones, since they more so match Beretta magazines, but tweaked its coloring and shading a bit. probably would be nice to have variants for the SMG mags too, which i mean, the BD SMG mags just look weird in general tbh
Top

It good to see Brutal Doom getting tidied up and ported to a modern codebase. It really needs it. I was surprised to see so much ACS still in the PK3 though. Is that something that needs to be there or will it be getting re-done in ZScript too?

Enjay wrote:It good to see Brutal Doom getting tidied up and ported to a modern codebase. It really needs it. I was surprised to see so much ACS still in the PK3 though. Is that something that needs to be there or will it be getting re-done in ZScript too?

Brutal doom is a big and messy mod- So while I do port decorate and acs to zscript when needed (The base weapon class will be zscript soon!) I tend to leave things as-is if they aren't actively broken

I tend to use a hybrid system, making new base classes in zscript that the existing decorate actors can inherit from so I can get the features of zscript without the tons of work it'd take to port any individual file- that's how the base weapon class is handled as well
But for weapons in particular that isn't sustainable, so I need to consolidate the base weapon class and its' zscript base into one actor
If it was my choice that would have been done a long time ago, but I wanted to respect the former leader's lack of zscript confidence
That'll most likely come in 1.2- just working on fixing bugs and some minor additions for 1.1

I want to make sure that even as the base weapon class is ported to zscript and cleaned up, weapons can still be built in decorate- this is community driven after all, and I want to support modders that haven't made the jump to zscript yet
Top

Just released v1.1, fixing a number of bugs and adding new graphics for the demon morphs' mugshots. OP has been updated to reflect this.
Top

The addons that add more weapons work. However if you kick with those weapons, then you can't fire any weapons.
Top

Love it, i think i will prefer this one over normal Brutal Doom. Also, i had an accident with chainsaw: 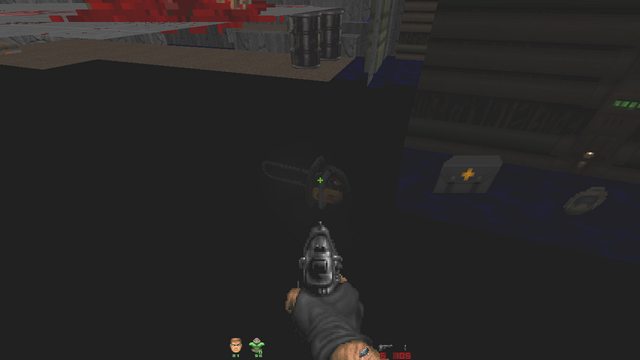