Hey! So, first of all, I know I'm that annoying dude that keeps asking for a dumb feature, but I just think it's a fun idea and I found an equally dumb way to dirty-hack it in that someone might find interesting.

So, in a previous post I said someone found a debug feature in GZDoom that sort of works like slow-mo, devs already said it is not currently a "modding feature" but more of a sort of buggy thing they implemented a while ago for testing purpouses. This is the i_timescale parameter. SgtMarkIV released a video talking about it and a simple mod that binds the console command to a key and adds a soundFX to make it feel like actual slow mo. There are several issues with i_timescale but the major thing seems to be that it messes with THE WHOLE engine, so i.e opening the console while on a lower timescale would make it open slower too, etc.

Having toyed around with it, I can say it works just well enough that it doesn't create major problems and the mini mod that binds it to a key makes it super useful for recording cool footage and such.

And so, while playing EoA (a DOOM2016 mod) I just sat thinking, man, the Gearbox weapon wheel would be just perfect for this if would toggle some sort of slow-mo like DOOM 2016 does.

I then just went ahead and learned did it with AutoHotkey haha here's a video demo I recorded:

a) Bound alt to hold-release wapon wheel toggle.
b) Bound numpad8 to slow-mo toggle.
c) Made an AH script that sends a numapd8 key press each time I press alt AND also when I release alt. This toggles slow-mo on when pressing alt to open the wheel and toggles it off when I release alt to select a weapon. (0ω0)b

Here's the AH script for anyone interested, you can also find the "slow-mo" mod in as an attachment in this post.

I think using i_timescale in its current state CAN be problematic, but maybe it could be implemented as an experimental feature within Gearbox?

Cheers!
You do not have the required permissions to view the files attached to this post.
Top

Mods cannot change i_timescale. The feature is unfinished and not intended to be used in such ways yet.
Top

wildweasel wrote:Mods cannot change i_timescale. The feature is unfinished and not intended to be used in such ways yet.

Zscript has no way to access it, and there will be a lot of unintended side effects if you use the console command in the wrong kind of way (such as with input polling). I wouldn't recommend making a mod that relies on the current implementation.
Top

Is it possible to have an option that emulates the old weapon menu? I've been using it until it stopped working for certain hideous destructor mods. I'm trying gearbox, but I really miss the old UI.
Top

I've been thinking about adding more representations, old-style text UI one of them. However, I don't want to bring back all the customizability of it, because it quickly becomes hard to maintain and error-prone. Can you please post a screenshot of your Weapon Menu UI?
Top

Is it possible to add colored borders for the selected weapon/item icon (so it looks like a highlighted icon) in LZDoom build since the wheel has no selection indicator on the icons themselves?
Top

No, LZDoom doesn't support rotated graphics for that.
Top

Yes I know that's not possible in LZDoom. I was asking for something like this 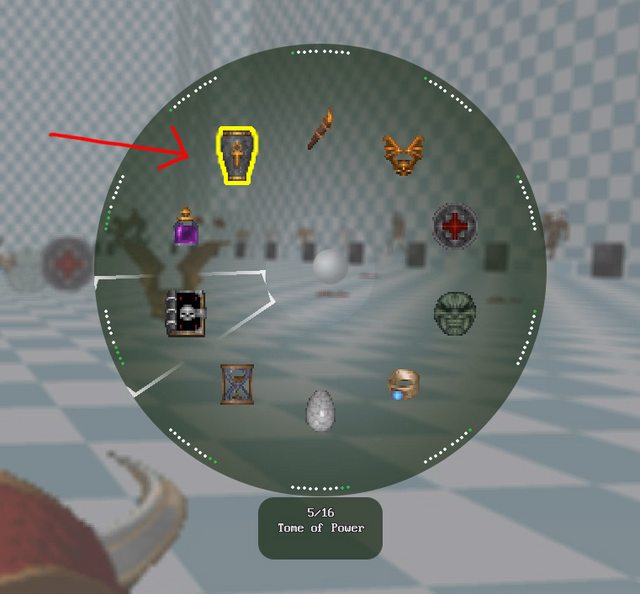 Like copying the icon itself but slightly bigger, with a color fill and placed underneath the actual icon, so it'll look like a highlighted icon when selected
Top

Thanks for the suggestion. I have to think about it, created an issue for this.
Top

That will be super helpful for VR because there I dont have so much buttons with the VR Controllers.
Top

New: Fixed: Thanks to Accensus and Someone64 for bug reports.

Is there a way to make Gearbox in Wheel mode respect my inverted mouse Y axis (when mouse is enabled in wheel mode)? It's very difficult to use wheel mode if your mouse is set to inverted. I normally use Blocks, where it isn't an issue but I just tried Wheel and couldn't see an option to address this.
Top

i really appreciate the plain text UI, but is it possible to have the functionality to increase priority for certain weapons? Along with choosing the order of how weapons are selected. I realize this is probably a pretty extensive framework but I honestly consider the previous weapon mod to be so functional I'm having a hard time coping.
Top
230 posts