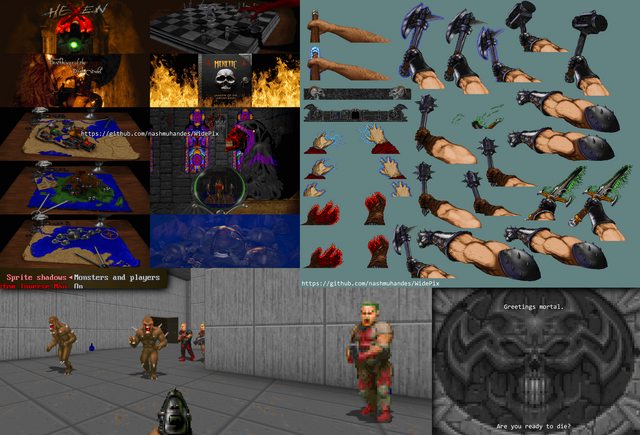 This includes the ability to add in rotated status bar elements, in particular DrawTexture/ImageRotated, so this is very nice and welcome.
Top

omg, this is just cool
Top

I don't see it mentioned but I think I'm right in saying that this version also uses the updated OpenAL dll that is better at avoiding harsh "clicks" on overlapping sounds such as rapid instances of multiple pickups.
Top

Congratulations on release. Glad to have contributed once more.
Top


Redneckerz wrote:Native sprite shadows (Which is a totally unique feature to have)

It is great to have it directly in the engine without having to use Nash's mod but Doom Retro has had shadows for quite a while now.
Top

Great work! The sprite shadows are my personal favourite new feature this release. And while its not listed in the changelog, LOOP_ comments for Opus audio are now also supported to bring it up to par with other audio formats.
Top