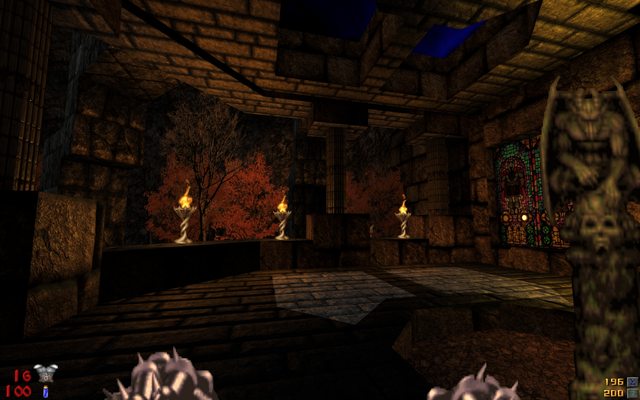 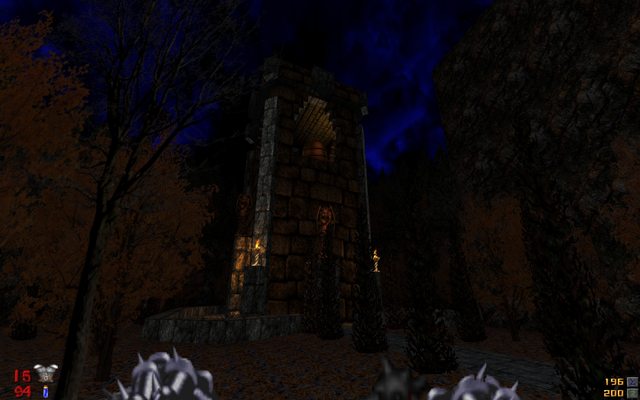 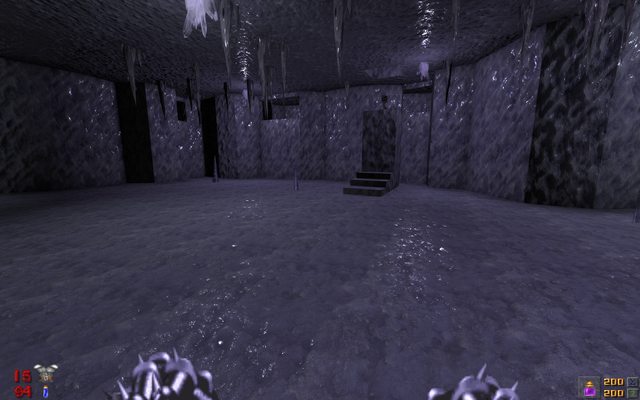 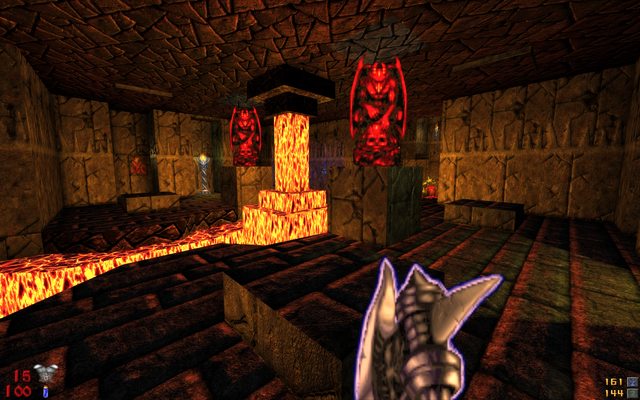 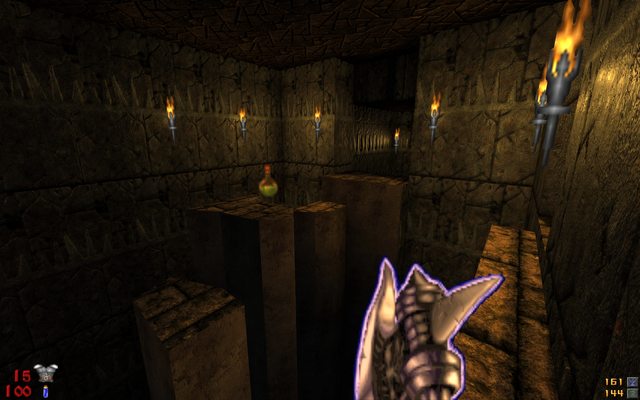 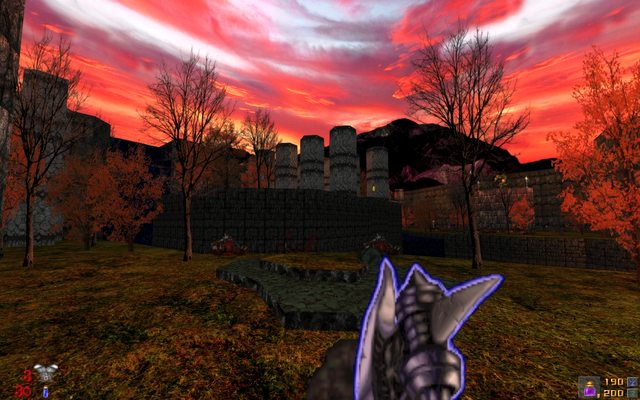 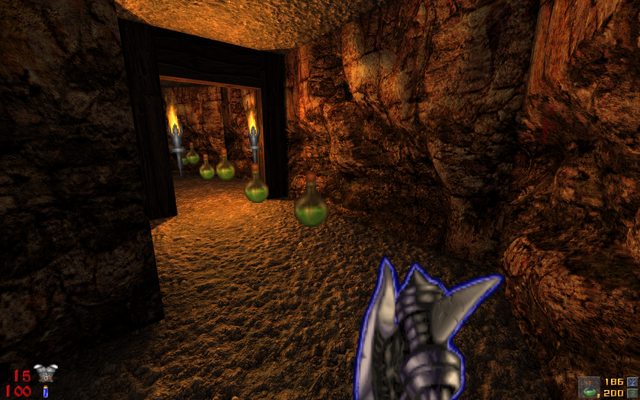 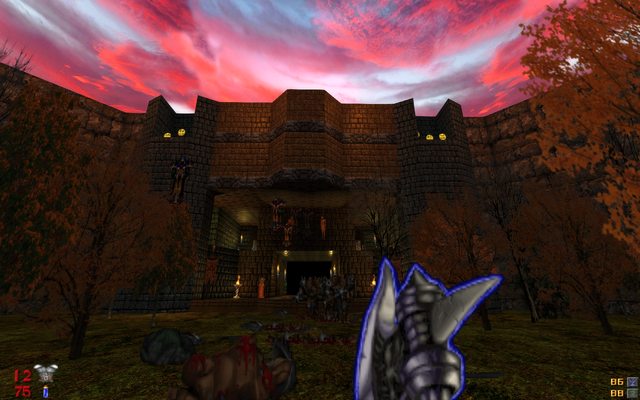 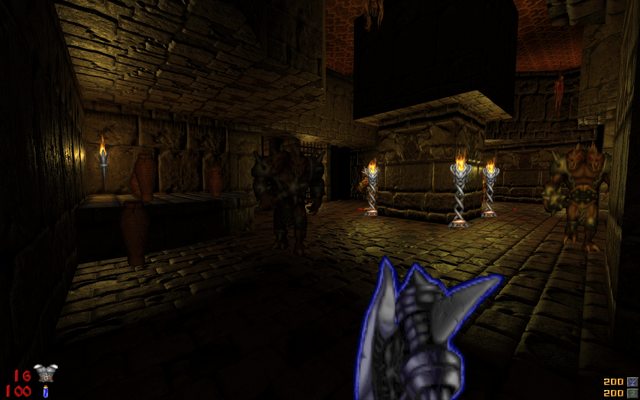 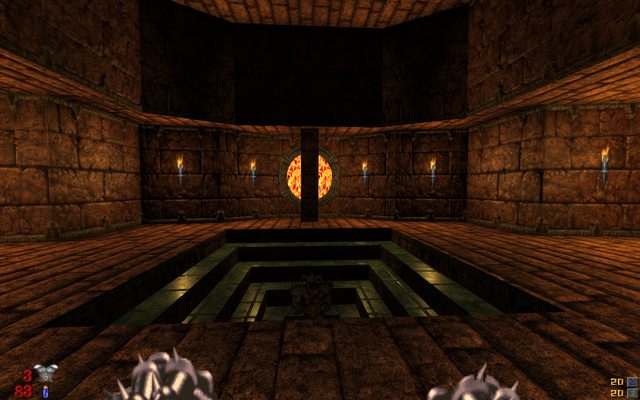 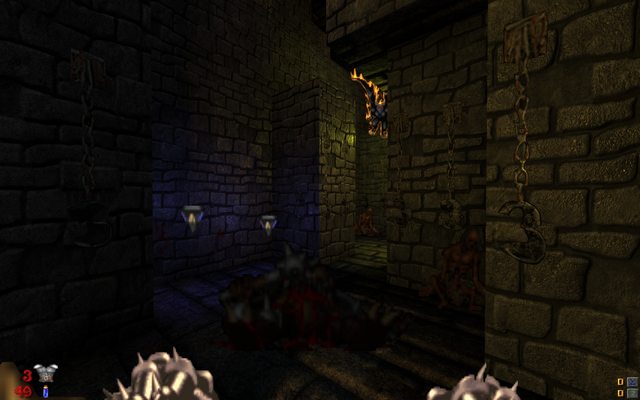 For better compatibility with ohter gameplay mods use this wad file instead HEXENREMADE.wad
Last edited by AndrewMRX on Fri Sep 24, 2021 3:32 pm, edited 8 times in total.
Top

The ice caves look fantastic. As for the stone floors, maybe you could make them less glossy. I don't think old stone surfaces are that shiny.

Other than that, this looks like a very competent and visually appealing overhaul so far.
Top

I'd also caution about making the wood and various ground/dirt textures too glossy, too.
Top

I think it all Looks fantastic to me.
Top

NightFright wrote:The ice caves look fantastic. As for the stone floors, maybe you could make them less glossy. I don't think old stone surfaces are that shiny.


Chris wrote:I'd also caution about making the wood and various ground/dirt textures too glossy, too.

This is true though. Wood and dirt shouldn't gloss...


That said, this is looking extremely sexy !!
Any release date window to entice us? I'd love to go through Hexen again with this new coating...
Top

Aaaawwwwweeesome.. can't wait to finally use PBR with Hexen ..
Already use it in doom and heretic ..looks amazing.
And Hexen mods with PBR would be sick !
Top

This looks pretty awesome indeed. I would agree with not making things too glossy.

Also make sure that individual stones of walls are not too embossed; this kind of thing looks fine straight on from a distance, but looks increasingly bizarre as you get closer with a more oblique angle: the stones look like they should fall out of the wall. Its very dodgy if you look at the right wall on the second image closely (in Winnowing Hall), those bricks shouldn't be able to bear the load of the wall since they jut out too much.

Although less noticable, the same warning applies to floor tiles. A floor is useless if it looks like you should be tripping over and stubbing your toe on it every five seconds. I mean, would you want an uneven floor in your kitchen?

If you've been to a medieval castle or dungeon that still has the original floors (I have been to lots and even worked in one, I'm British and there's quite a few here, lol), you'll see that the floors are usually very worn down. Hell, you can see it in pedestrianised modern areas after 3-5 years of people being there. Such floors SHOULD NOT be sticking out at all, and will only be glossy due to damp or rain.
Top

Some textures is not looking good with low gloss. I am using Normal/Metallic/Roughness/AO system. 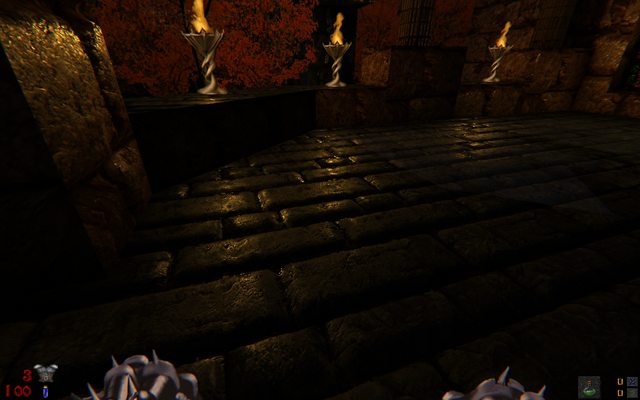 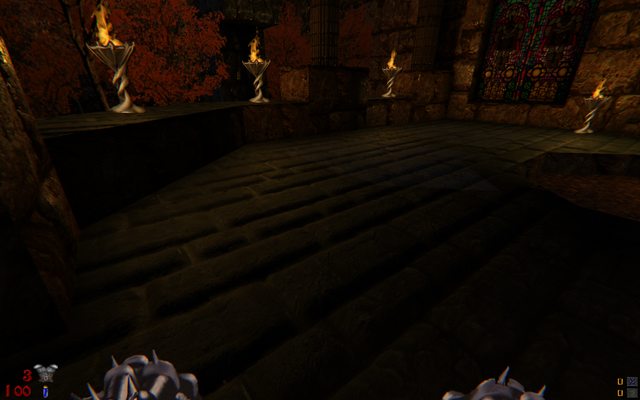 But I can use Normal/Specular only. 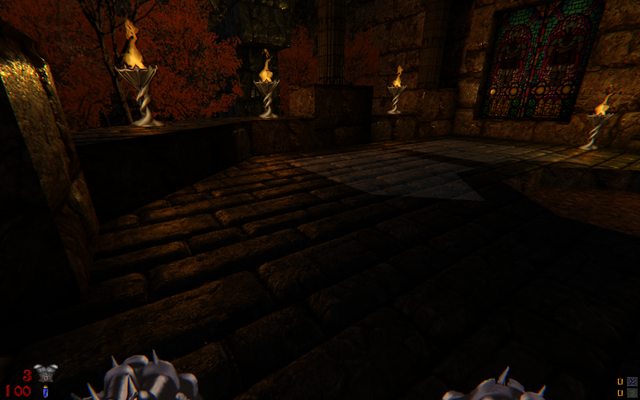 If you critic this, I will remake this one. But i like first variant. 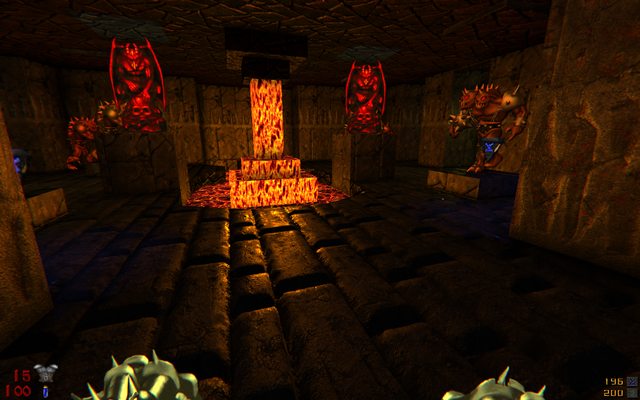 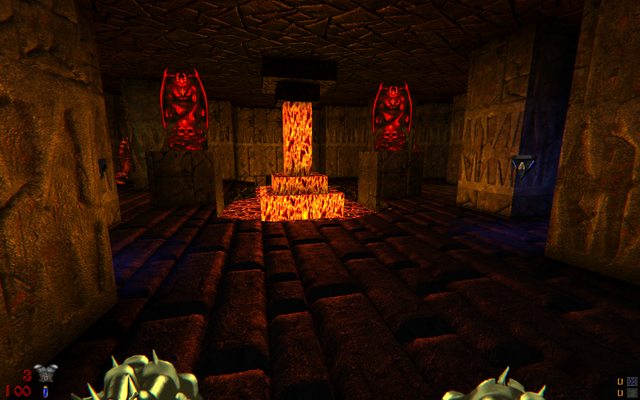 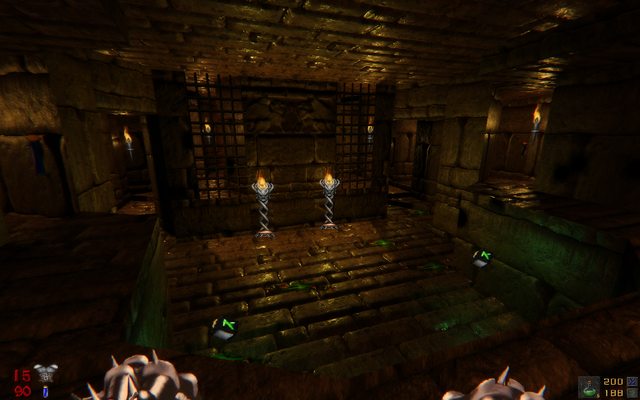 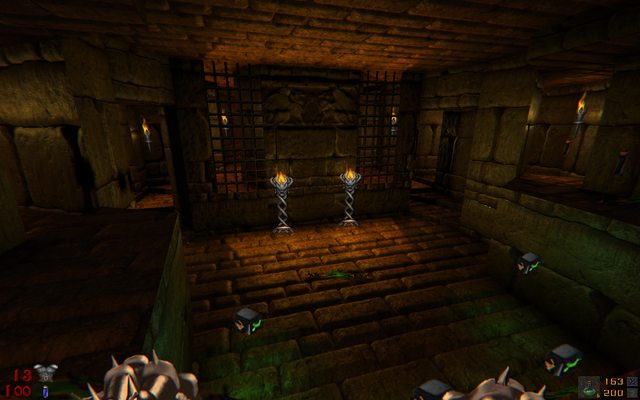 Yep, personally I'd say go with the Normal/Specular option. But I may be in the minority there.

I'm not 100% sure on how PBR works in general; but the whole 'making it somewhat less embossed' comment still applies to all of the images. Maybe 20% or so less. That's actually more important the gloss, though I don't know if that came across when I said it before (or whether its even possible).

Also, seeing as though I'm the Walpurgis author; my main request would actually be provide a textures/flats only version so it can still interface with Hexen gameplay mods like mine, but you shouldn't feel as though thats essential by any means.
Top

You can downsize the relief, if you want. Just reduse the contrast of displacement texture.
I'll leave it as it is
Example. 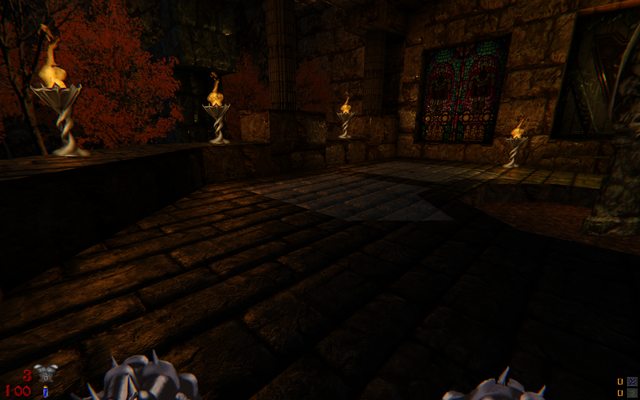 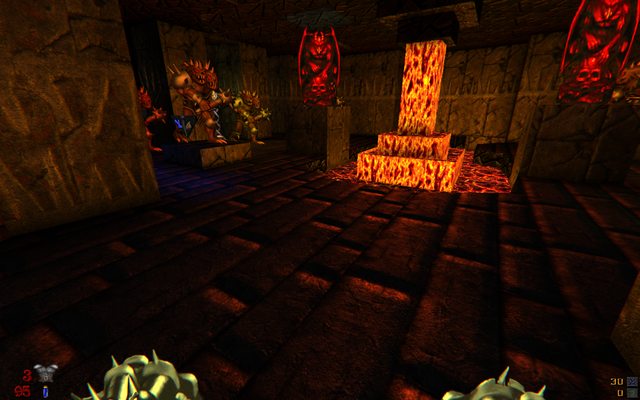 This is more complex variant with normalmap editing. 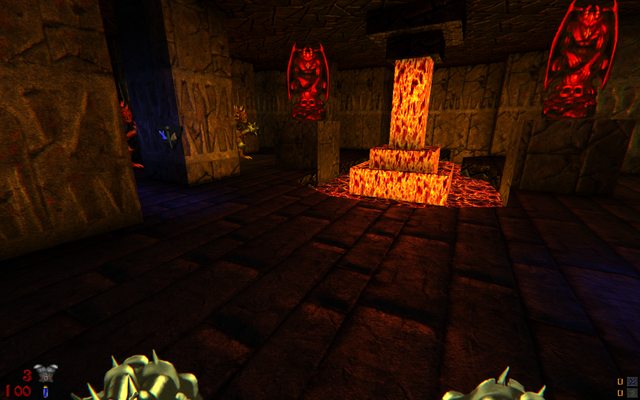 I'am working on GZ4.3.3. I think, i should rework it for newer versions of GZDooM, because Walpurgis doesn't work on 4.3.3

Yeah, I had to move up to 4.4 to use the features of A_StartSound (which are really useful, but in turn kill backwards compatibilty), and then 4.5 recently breaks gameplay mod menus horribly unless you update your code for them, which is turn destroys backwards compatibility again.

Sadtimes; but Graf won't relent of that kind of stuff.

But yeah, those last shots are the best ones.
Top
61 posts