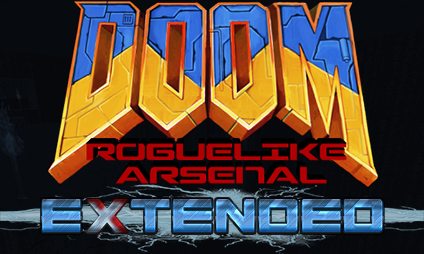 DRLA Extended is an addon mod for DRLA which adds several new classes, items, mechanics and more! The mod features no new weapons or monsters, and is designed to keep the spirit of DRLA intact while adding new ways to play and things to discover. The DRLA Monster Pack is optional but was designed around the adaptive difficulty of the pack.

The Mechanoid is an advanced class that aims to make any weapon viable in the late game. You gain bonuses from weapons that have Mod Packs applied to them (but do not apply if your weapon is assembled into a new one). Even if you aren't currently using them, your current weapon's damage can be increased by modded weapons in your inventory! Depending on which Mod Pack you use, you get different effects. Agility increases Bullet damage, Technical increases Melee damage, Bulk increases Plasma damage and Power increases Fire damage. The exotic mods have their own unique effects. You also gain a small damage boost depending on how many active mods you have.

Some play style examples: Want to focus on bullet weapons? Give them agility mods to power all of them up! Found a sweet unique plasma weapon and want to make it do ludicrous amount of damage? Use your other 4 slot weapons as batteries for your new toy and give them all bulk mods! Don't really know what you're doing? No problem! Just throw mods on everything, they'll increase your damage anyway!

Finally the Mechanoid gets a Mod Pack scanner, which reveals all Mod Packs on the automap for you. Get hunting!

The Nomad is essentially Pistol Start the class. After beating a level your inventory is reset back to pistol only and full health, so don't get too comfortable with your set up. So why is this guy in a mod that focuses on powering up over time? Well the Nomad is a lucky guy. Really lucky. In fact, he gets more and more lucky the more maps he beats (or when your danger level is increased if playing the monster pack). Which means you'll be getting more and more unique goodies the more you play, to help you survive on more difficult maps. Mod Packs also appear a lot more frequently to help you craft some better weapons quickly.

Demonic and Unique weapons are not randomized at the start of each level and could be worth seeking out to add some stability to your run!

The Nano Maniac also has the Ammo Siphon ability, which makes his melee attacks regenerate all ammo types (up to a small cap), allowing him to gain ammo for his transformed weapons in a pinch.

The Phase Sisters allows you to control two classes: The Marine and Renegade. Both characters get their own set of inventory, armor and weapons and each can use the full perks of their classes. However, these sisters are afflicted with a curse, which does not allow them to exist at the same time. To swap characters, you must use a teleporter (either in the level or created by yourself using an item/weapon) or beat a level. In addition the sisters cannot carry more than 4 weapons each, making planning for the future and leaving certain items behind for each sister crucial.

Phase Devices used by the sisters will also not teleport them back to the start of the level, allowing them to manage items and health pools on the fly. Remote Phase devices will still teleport the sisters to the destination set by them.

Sarge is a class who can take any rocket based weapon and mount it to his power suit, allowing him to essentially hold and fire two guns at once! He starts with an inventory item. Using it will pick up any nearby rocket weapons and add them to his shoulder mount (or remove it if he already has one). Using altfire (or a keybind in the options menu), he can fire the weapon as long as he has the required ammo for it. Weapons fired this way also reload almost twice as fast.

Sarge also stomps dead monsters into the ground, preventing them from being resurrected and sometimes revealing hidden items. Bigger monsters contain better loot, but must be gibbed in order to grind them into red paste. The combination of extra firepower and crushing enemies into items gives Sarge great crowd control and sustainability when correctly set up.

DRLA Extended adds new objects to the game world that can be interacted with to give the player new utility and rewards. They will usually spawn near secrets every 2-3 maps. Most will aid you on your run, but some of them may aid future runs and unlock new content! There are also new items that can be found in the wild that occasionally replace old items. 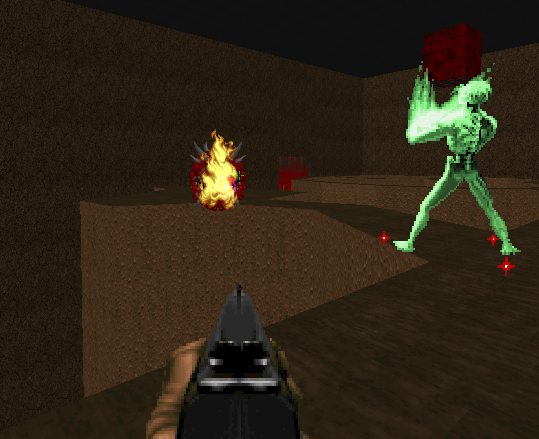 A new mechanic to help customize your build even more, familiars! Familiars will follow close to you and (usually) attack monsters who you target. Each one has a differnet kind of attack, and usually come with a unique ability. Some abilities are passive buffs, others change your attacks or even give you new abilities unique to DRLAX! Once you've unlocked a familiar, it is unlocked forever. If you can find a certain Gizmo, you can summon any familiar you've unlocked to take with you on your journey. 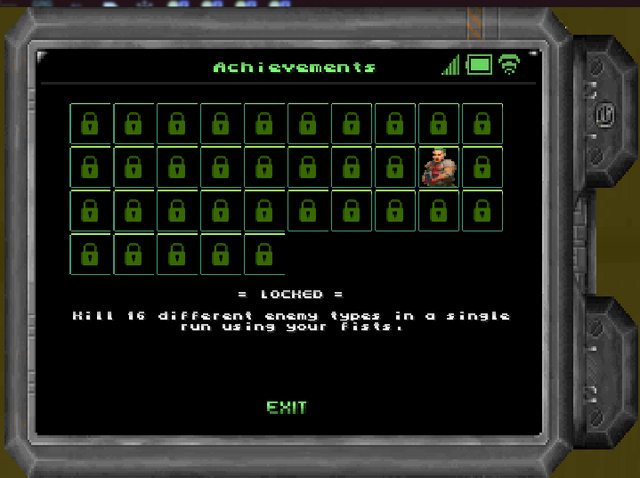 DRLA Extended has some extra options to customize the mod to your liking, as well as some optional bug fixes to the original DRLA (enabled by default). It also includes all the options from by blueprint mod, which allows the customization of when blueprints spawn and toggle which blueprints you've discovered. This is handy if you like to play with forced assembly learning enabled and wish to clear your known assemblies for each run.

You can also find Achievements in the options menu. They are tied to unlocking special familiars. Some of them will keep even the DRLA experts busy for a long time. Happy unlocking!

Very impressive! Glad you made some neat contribution for DoomRL. And Nomad is indeed my guy.

This is such a cool mod. I'm in the middle of a Mechanoid run right now and I noticed that as long as you have a nano mod on one of your weapons, you can sometimes fire a weapon you have no ammo for. Not sure if it's intended, but it's fun.


Chunes wrote:This is such a cool mod. I'm in the middle of a Mechanoid run right now and I noticed that as long as you have a nano mod on one of your weapons, you can sometimes fire a weapon you have no ammo for. Not sure if it's intended, but it's fun.

Sloops! It should give you a chance to not consume ammo, but I guess the way I did it allowed for that

Wow, this is pretty cool, I am surprized something like this hasn't been made until now, so far I really like the Mechanoid! been playing some ObAddon levels with it, only nitpick I have is the HUD face looks a bit... weird? it kinda is the Marine but with a painted over color changing gradient, other than that, it's a pretty interesting character and I've enjoyed my gameplay with him!

By the way, do you mind if I detail a class idea I had while playing?
Top

Craneo wrote:it kinda is the Marine but with a painted over color changing gradient

That's exactly what it is, I didn't want to spend too much time on the graphics and just whipped up whatever was satisfactory for me. You're welcome to offer alternatives

Craneo wrote:By the way, do you mind if I detail a class idea I had while playing?

My idea for the new class is this:
Class Name: Pyromaniac
Ability 1 Active: All hitscan weapons will drop flames on the ground that deal flame damage (alongside the pre-existing bullet damage they already have), as long as the player has a certain ammount of health
Ability 2 Passive: If walking on damaging floors, you receive less damage + get a speed boost, so you can walk faster in these harsh eviroments, maybe something else could happen while stepping in liquids, but not sure what could be added too
Skin Type: PostalDude skin from Zandronum maybe? or PSX DoomGuy skin
HUD Face: Not sure at all about this one, maybe FreedoomGuy?
As for the Mechanoid's HUD face, I'd like to try something for it maybe later, not sure if I'll make something good however.
EDIT: how is this for the Mechanoid's face? I used the Hacx stbar sprite thing, so credits to Banjo Software for that.

Sounds awesome ...
I have a question ..is there ANY mod which makes doom into a REAL roguelite experience? I mean with permadeath and some kind of upgrades after dying ... Maybe even with a mappack specially made for this ...?
Top

Wow I love it! I'll add the alt one to the next build

Finishing the level as a Nomad with a Dedicated Backpack seems to carry its effect into the next level, but not the item itself.
Top

Odd, I can't reproduce these. I tried using GZdoom 4.0.0 too after changing startsound. Are you running any other mods?
Top

Cutmanmike wrote:Odd, I can't reproduce these. I tried using GZdoom 4.0.0 too after changing startsound. Are you running any other mods?

It happend in map01, i have exited while equipping the pistol last i remember i think.
Top

When playing as a mechanoid, met devil arch-vile, when he fired a fireball that clones the main character, an error occurs (Called fromRLCMMClassesEvents.WorldThingSpawned at DoomRL_CMMClasses_0.2.pk3:zscript/drla_cmm/drla_cmm_misc.txt, line 12)