Eight limbs and twenty four shots. You have good reason to be more afraid of her than any demon. That's good.

This mod adds Cordie from the web animation pilot Cliffside into Doom.
She can be summoned from an item in your inventory and will seek out enemies to kill. You can use the item again to return her to your location.
She has a variety of attacks, most of which will drop enemies like flies, from deathly accurate revolver shots to slashing claws, snaring them in a sticky web, and other deadly surprises.
If you ever wanted to even the odds against you, or if you're tired of flying solo, and long for the company of an adorable alternate Wild West inhabiting spider monster, this mod has you covered!

This mod is compatible with different IWADs such as Heretic and Hexen, and works with a variety of mods, including High Noon Drifter!


Spoiler: Changelog
v1.0:
-Everything is better
-Don't bother with the older versions

v6:
-Added NOBLOCKMONST, LOOKALLAROUND, NOTELESTOMP and ISMONSTER flags.
-Cordie is no longer blocked by monster blocking lines.
-Enemies can now target Cordie without being attacked first
-Cordie can no longer telefrag the player.
-Dragon's Breath will always gib enemies if they can be gibbed.
-Cordie now drops ammo for you on rare occasions (Doom only)
-fixed melee attack sound not playing correctly
-Big Cordie's stomp ability will occur less often
-Big Cordie stomp force reduced
-Big Cordie health increased from 1000 to 2200
-Fixed Cordie disappearing after summoning her while Big Cordie is already active
-Added Mini Cordie's missing GLDEFS
-New Heretic/Hexen patches so that Cordie will drop items from the game you are playing

Extra big huge thanks to Skelegant for contributing a lot of code, and for all the encouragement and support.

She's in Doom, shouldn't she be quad-wielding chainguns like Mecha-Hitler?
Last edited by EddieMann on Fri Aug 14, 2020 12:52 pm, edited 1 time in total.
Top

I remember watching that pilot, I liked it but not sure if it went anywhere yet. Although I dunno if it is just me, but she lacks a tad bit or ether shading or maybe outline? I dunno, might try it some time.
Top

Not sure if this is intentional or not, but Cordie isn't actually counted as a monster (missing the +ISMONSTER flag), so as a result, doom monsters can't actually target her.
Top

Untitled wrote:Not sure if this is intentional or not, but Cordie isn't actually counted as a monster (missing the +ISMONSTER flag), so as a result, doom monsters can't actually target her.

Thanks for spotting that, they were only targeting her after she attacks, or targeting the player first.
I'll add that flag, and any other missing flags that are pertinent.
Top

A new version has been released, fixing a lot of bugs and giving Cordie a new ability!

She will now drop ammo for you on rare occasions. This works with weapon mods that replace the standard Doom ammo.
You can now download a patch for Heretic/Hexen that replaces the items she drops to the game you are playing.

Soooo Awesome
Can we also get the new robot girl ??
Top

Got TWO big updates for you! Cordie has been updated with better sprites, and a new challenger enters the fray - Vivian the Shadow Sprite! 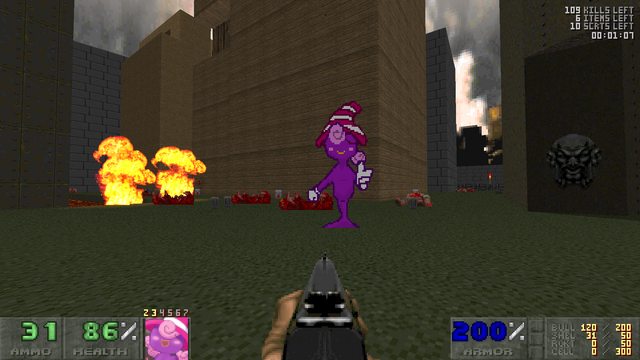 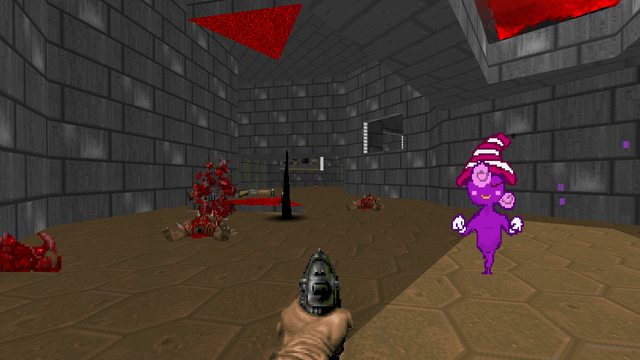 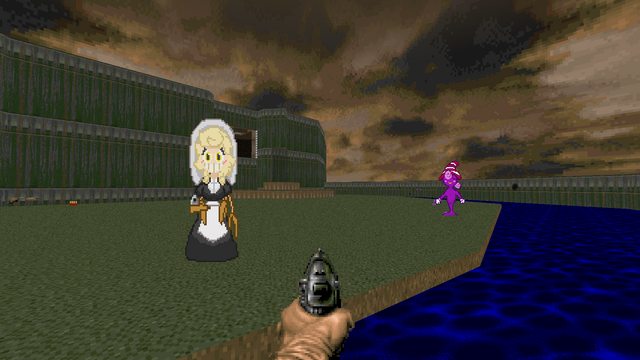 She will spear your foes with tendrils of darkness or put fiery hexes on them! She will also provide you with pickups that give you extra damage reduction!

Download Cordie
Download Vivian
These mods are compatible with each other, or with any other companion mods.
Make sure you are using the most up-to-date version of Cordie or there will be gameplay and compatibility errors.

Soooo Awesome
Can we also get the new robot girl ??

I just recently watched Internecion Cube, and while I like what I've seen of it so far, it's still in a very early stage. I like that Liam Vickers is still making stuff, and it seems that his writing has improved a lot. IC-0N is pretty good but I'm not how I could turn her into a companion. It could be done, but don't bet on it. Also, she kind of scares me.
Top

A companion with the ability to float, teleport around and throw morph projectiles at enemies to turn them into tiny cubes?

Good idea! Perhaps you can open them up and get randomised items! .....or sometimes just spits out blood and gore. "Item conversion failed! Thank you for your understanding!"

You know you might tempt me to make this into a thing. She seems to have two different designs in the animatic and the OST uploads, but I guess the latter might make more sense since it's coloured. Or maybe it's for story reasons that she has skin now? One shudders to imagine.
Top

I have an idea too. It's based on your profile pics.

A companion that is transparent (maybe invisible) and wearing a sunglasses. The attacks are: Medium range force wall push where enemies and projectiles got pushed far away; A short range force slam attack where enemies and projectiles is reflected, with the enemies also got stunned a few seconds; A short-long sunlight beam where you reflected the sunlight with the sunglasses and focus it into a beam that can pierce enemies.
Top

Update: Removed the Mini Cordie from appearing ingame. Cordie and Vivian's attacks have smaller radii and won't catch on corners, ledges and walls.