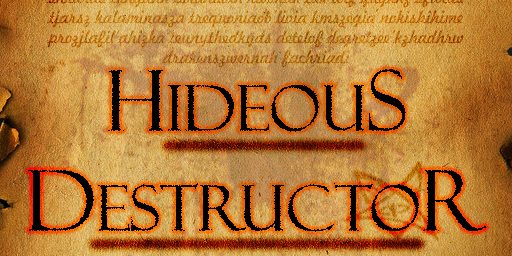 This addon replaces the weapons in the "Hideous Destructor" mod with new magick themed sprites and sounds. No new coding is added, just simple asset replacements. Expect the weapons and items to handle as they were in vanilla HD. Best combined with Josh's Blasters. 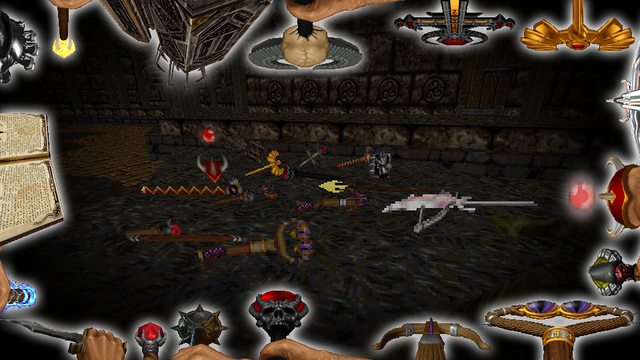 Is there a "comprehensive" download for all of this anywhere? I'd like to download everything, but it's kind of a pain that everything is separated into what looks like dozens of different downloads.
Top

I tend to update some of the packs in case of either HDest version changes or if I wanted to modify small things. Having to reupload the whole entire library everytime I do such an update is a bit too much work for my unfortunately lazy being. Guess this kind of stuff is inevitable when there's a lot available, I'm sorry.
Top 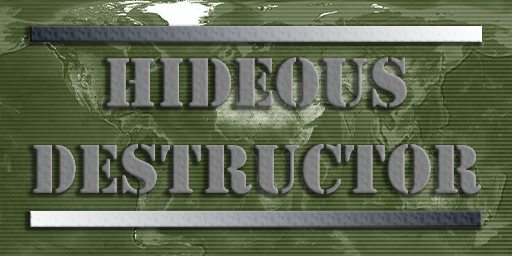 This addon replaces the weapons in the "Hideous Destructor" mod with new angled modern weapons themed sprites (and sound for one weapon, included in the sprites archive). No new coding is added, just simple asset replacements. Expect the weapons and items to handle as they were in vanilla HD. 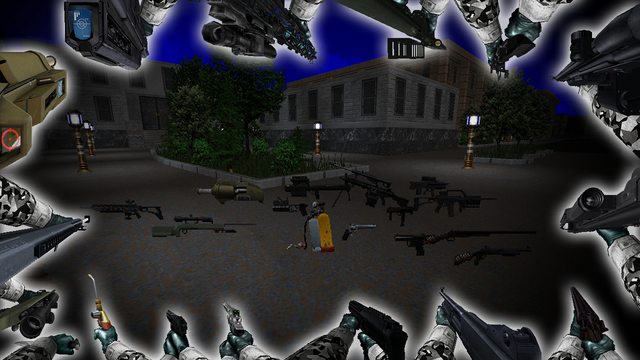 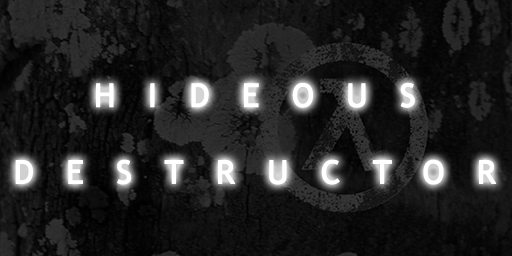 These addons replaces weapon sprites, enemy sprites, and sounds in the "Hideous Destructor" mod with ones that are themed after Half-Life 1 and its expansions. These addons act as just simple asset replacements, and does not add new weapons or alter coding. 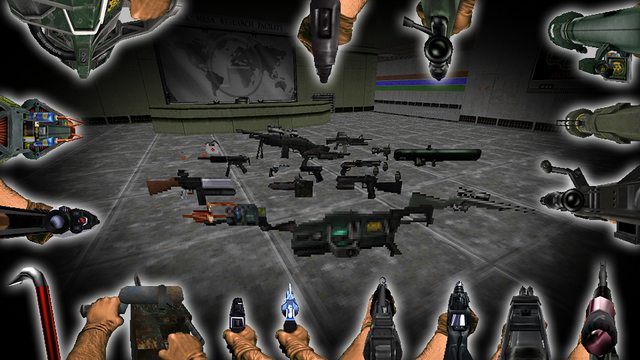 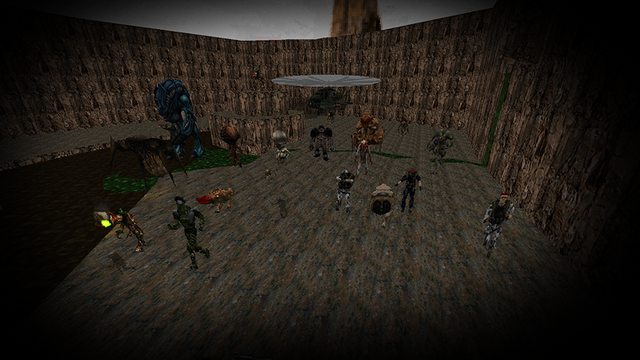 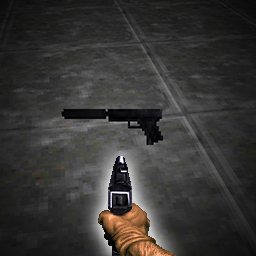 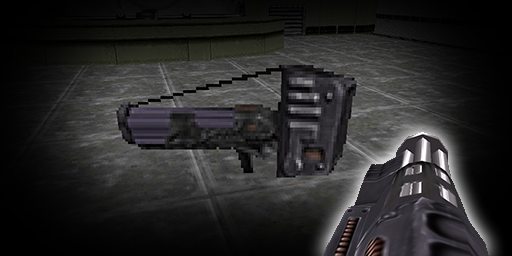 Was waiting for these to come out. Thank you so much for all of the hard work you do getting these to fit in properly.
Top

Updated the WW2 pack. Was inspired to do this while I was playing WolfenDoom: Arctic Wolf. Arctic Wolf itself was sadly an unfun experience for me, with lots of mandatory secrets, arbitrary linedef progression, egregious pointless backtracking, unclear exit points, first timer traps, and lots of repetitive featureless corridors. Others might enjoy it, but I simply can't recommend it to anyone.

Anyways! The update!
Here's an image showing the new stuff: 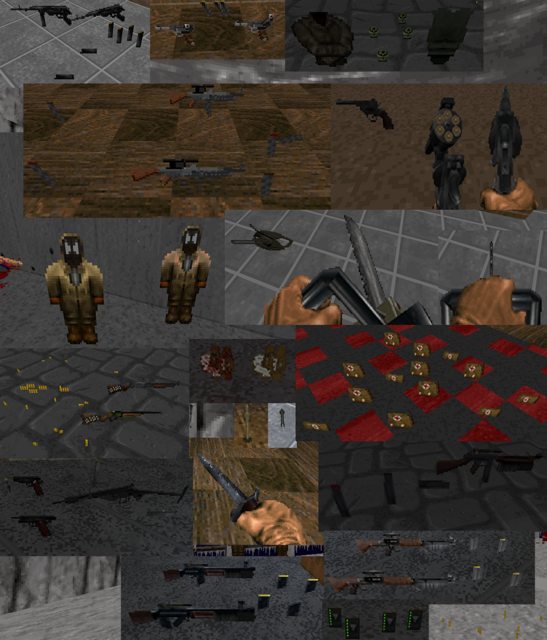 And the changelog details:

- An all new addition to the main WW pack, everyone welcome the Webley, replacing the revolver!
- Another addition is the chainsaw from Heart of Evil. I'm not sure if it's period accurate, but I did replace the stickers for Wehrmacht symbols (that due to offsets, might not even be visible). It'll do for a replacement.
- Saw that the fists sprites in the main WW2 pack were not replaced, decided to grab some old stuff from my BoA addons to replace those. A bit rough since it's done ages ago, but I still like it nonetheless.
- New mag sprites for all CLIPA0-based sprites (pistol/SMG/ZM66/Vulcanette), both in main pack and Variant A. WolfenDoom likes to blank these out, makes for mag searching hard.
- New mag sprites for all Liberator replacements, was a bit odd just straight using the one from the regular pack.
- New slideback sprites for pistols, finally learned how HDest does these. Same thing for auto pistols, you should now notice the extra pixels that makes them different.
- New green armor and blue armor sprites added.
- New berserk pack sprite added.
- New hazmat suit sprite added.
- Recolored the shotgun shells to be slightly more period accurate. Not quite perfect, but I didn't want them to look similarly to the bullets other guns drop.
- New medkit sprites added.
- Replaced HEAT ammo sprite, haven't tampered with the actual rocket sprites themselves, probably in a later update.
- New cell ammo sprites added.

Other miscellaneous releases include an update to the HL sprite pack to properly replace the shotgun shells with red/yellow ones, revolver sound addon for the regular set, and an addon in the WW2 section to play the failure music from Hidden and Dangerous 1 whenever you get yourself killed. I think that's about it.
Top

Thanks for doing these, the Half Life pack in particular is cool.
Top

These are great! The Doom 64 one is my favorite so far, and is perfect for Consolation Prize: Doom 64!

Is the Doom 3 pack still in the works?
Top 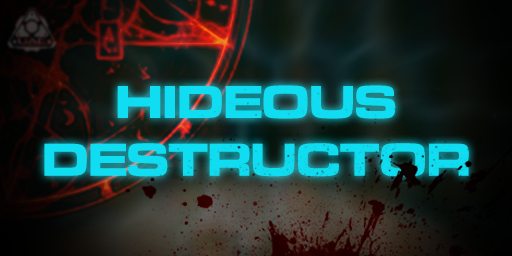 This addon replaces the weapons in the "Hideous Destructor" mod with new Doom 3 themed sprites and sounds. No new coding is added, just simple asset replacements. Expect the weapons to handle as they were in vanilla HDest. 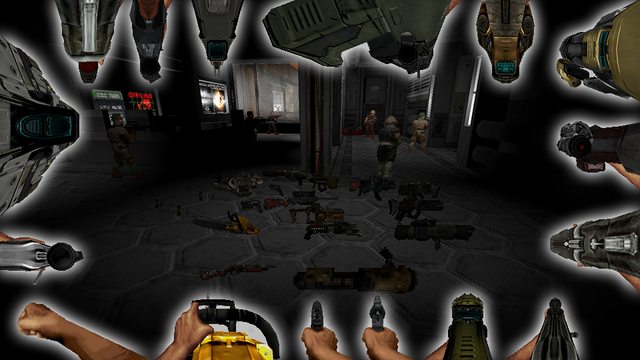 Most of the guns, sounds, and base meshes for the modified guns
- id Software

Revolver (whole different model, no idea how to make a D3-esc revolver from the base models)
- Lashaun

The majority of the sprite packs here is made by viewing available models in HLMV, taking a screenshot of them, then processing them with the usual sprite niceties before ending up with the final sprites. Did the same even with the D3 pack. Without Goldsource models to work on (or as the case with Main/parts of WW2/D64/Magick, have an already prepared sprites set), the D2016 stuff is probably not going to happen.

In other news, I currently can't be bothered to finish any of my in-progress sprite packs, here's a piece of Variant R for the PA set. The links should be back there in the first page, where the original PA section is. 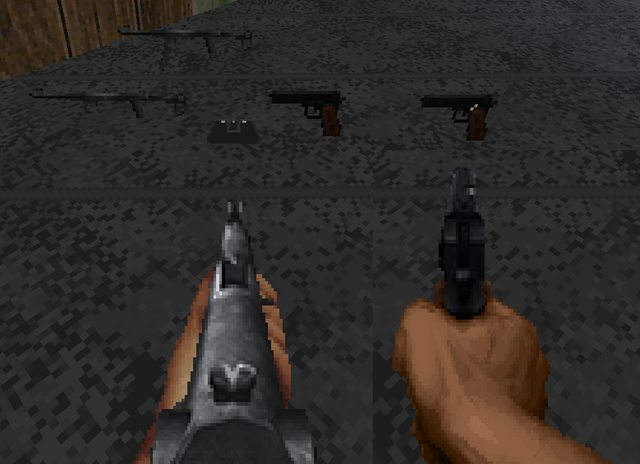 You don’t necessarily need models for the D2016 pack. You could either use the centered sprites from Flakes Doom and MetaDoom or the angled, more accurate sprites from D4D/D4T.
Top

Thanks for releasing a D3 pack, it's my favorite yet! Would it be possible to sharpen the sprites a bit or something? They're kind of blurry, especially the SMG, AR and super shotgun.
Top
111 posts