This is something I worked on for about 5 consecutive hours. It is a combination of Nash's Tilt++, Zombie Killer's footsteps, and a new version of my RealAim script combined with Thief-style leaning. Your camera will tilt and bob in harmony with the sound of your footfalls, all synchronized to bring a heightened illusion of actual concerted bipedal movement.

You probably won't like this if you get motion sick easily or don't like any form of move bobbing or dynamic weapon inaccuracy.

Screenshots won't really do this mod/mutator justice, seeing as it is entirely about the camera in motion.

I intend to expose this thing's terrible guts on GitHub at some point in the future. It's mostly the listed mods stitched together and made to share a couple variables here and there. It's rough around the edges in its presentation, but it seems functional.

Do play around with the in-game options menu for Immerse, as it is unlikely to look good out-of-the-box. For instance, you would use very different settings for something like Hideous Destructor as opposed to Smooth Doom, since the player's movement speed will be considerably different between the two.

This mod contains scripts and code by Nash and The Zombie Killer, so a big thanks to them. I believe I've left comments in the .pk3 indicating who wrote what code, but if my credits aren't up to code just let me know and I will correct the situation.
Last edited by Josh771 on Wed Nov 21, 2018 9:27 am, edited 6 times in total.
Top 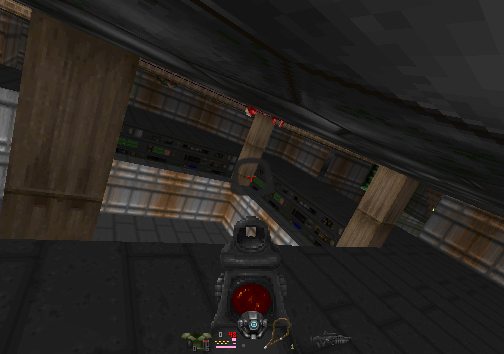 it's perfect! abused camera physics aside, it seems to work pretty great. wish i had something better to say than a good job, though. now that i've had time to properly sit down and enjoy it with with headphones everything just comes together perfectly. fits HD like a glove out of the box, assuming you don't have any problems with motion in general. wonderful job bringing everything together like this

+1 buyer beware on using it with normal doom speed without tweaking the settings, it's pretty violent.

Spoiler:
dunno if it's something you care to/can fix with Episodic-EX compatibility. just kinda curious since both mods seem so completely unrelated. 3.5.0-stable if it matters

just wondering, am I allowed to use this in commercial projects?
Top

Zen3001 wrote:just wondering, am I allowed to use this in commercial projects?

Zombie Killer's code was licensed under the MIT license, meaning you'd need to include a copyright notice and a copy of the MIT license with their code.

For example, Zombie Killer's source files have this notice at the top of them:

Copyright (c) 2018 Benjamin Moir. All rights reserved.
This work is licensed under the terms of the MIT license.
To obtain a copy, visit <https://opensource.org/licenses/MIT>.

You'd need to ask Nash what his position on this is. I don't suppose I would care as long as Nash approved of it; I have tentatively considered the entire project to be subject to the MIT license, but I can't honestly say I'd given licensing much thought.

The Tilt++ code I've used had this comment in it:

Nash Muhandes wrote:Feel free to use this in your mods. You don't have to ask my permission!

He seems to have a generally permissive attitude, but that does say "mods" and not "commercial projects." You should contact him. If he gives permission, then I suppose the whole thing could be used in a commercial project, yes.
Top

Into the auto load you go. Nice job as always.
Top

If you quickly and simultaneously press LeanLeft and LeanRight, then there is a very interesting effect of the roll.
Top

Now that we have this and Sneaky Doom, i wonder when will someone make a Thief TC.
Top

I've fixed the bug that allowed you to lean endlessly or would leave you stuck leaning. The download link in the OP has been updated.
Top

Ooooh! This sounds really nice for my autoloads! Though, im not really a fan of the inaccuracy stuff. Although its personal preference, would it be too much to possibly ask for a version that doesn't affect accuracy and whatnot?
Top

I'm not sure exactly what all of the customization options do in the options menu for the mod, but it seems like you can switch it off. I turned it off in mine as well and I don't notice a difference in aiming.
Top

should be the real aim settings you want off, and that'll give you waht you're after
Top
42 posts