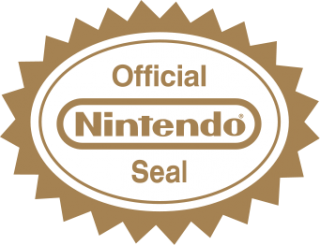 Well guys, inspired by wildweasel and his big secret sounds pack for DoomRLA, Kriegsland had its own pack of various secret sounds, until i got stuck with the mysterious man sound, which fits both the theme and the game itself. Then i posted this on the Kriegsland thread as an separate add-on, and noticed it could serve other places as well, so i thought of selling this fish outside there.

This is just a small mod that contains some sounds which replace the old boring secret room sound. It can be used in most mods (haven't really had problems until now) but it must be loaded last, just to be sure.

If you really want to know what games it has, here's the list (it is clarified which sound belongs to what game in the SNDINFO as well):

Some sounds were edited heavily and some slightly. But nothing that would ruin the root of it. Mostly i gave some reverb, delay and amplifying to them. So go get your copies and make your secrets more enjoyable!

Is it like that in the sndinfo file? I can't get to my pc now.
Top

Yes, it is. Simple text edit of the comment.
Top

Thanks. I am going to fix it as soon as i get some new sounds

Hello. Please can you help me understand how to choose which sound I want to use? There seems to be no option to choose it ingame.
EDIT:Nevermind, I just got the same sound in a row a couple of times. I get how this works now, seems to be randomized. Still, would be nice if you could choose which one to use. Also, Tomb Raider old secret sound pretty please?

Thanks for the suggestion, i'll add it to the list.
Top

Very good, nice. There was a bug in the older version though where one of the secret sounds played very faintly, I'm not sure if you knew about it. I found it later and didn't have the time to post. Also, any chance for a non-random version as well?
Top

Didn't knew about it.

And, what do you mean by a non-random? You say, select a sound and it'll play always? Because i don't think i know how to do that '-'
Top

Yeah that's what I meant.
Top

So umm did you fix the sound effect that was too quiet?
Top

I don't know which one is, but'll make sure they all are in stereo sound. Thanks for reminding me.
Top

No problem. Your mod is on auto-load for all the mods I play that don't change the secret sound. Great stuff