Warning: This mod contains some hidden sexual (NSFW) content. Please do not download this mod if you are offended by such things. -Staff 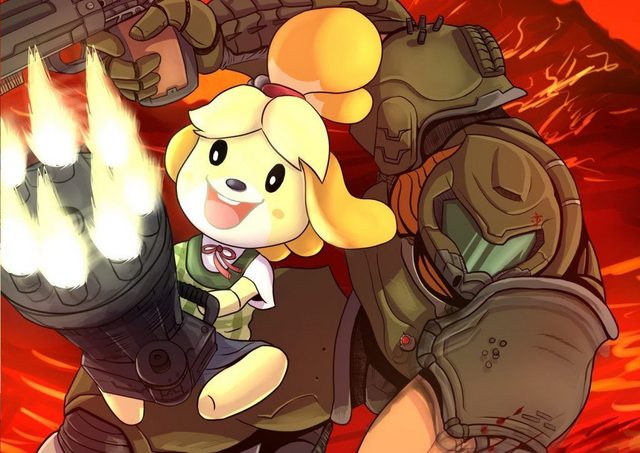 This mod is only compatible with GZDoom.
DOWNLOAD
https://www.moddb.com/games/doom-ii/addons/isabelle

WHAT'S THE MOD ABOUT?
Isabelle from Animal Crossing wants to go on an adventure with you, Doomguy, across the fantastical realm of the doom mod universe!

Spoiler:
Isabelle is a supporting character who is also capable of fighting for you. Isabelle takes no
damage from enemies so you wouldn't have to worry about keeping her alive, she can take care
of herself. She's all strong and independent, capable of staying alive to an all out firefight.
Isabelle would frequently throw items your way, akin to Elizabeth from Bioshock Infinite.
She could throw items such as health, armor, and ammo!

Spoiler:
You can also press the USE key on Isabelle to toggle between her follow modes:

If you move too fast for your companion, she will try to catch up by speeding up! But if

that's not enough, she'd just appear behind you (she may get stuck in walls, but just get

some distance and break line of sight and they will teleport again. Will fix.)

Isabelle would also be seen doing random stuff when she's idle to pass time.
She can also react to your death and ressurection if you cheat!


Included along this zip is a resourcepack for minecraft!
It replaces the texture of tamed dogs to look like Isabelle!
Drag the file into your resourcepack folder and load it! Have fun!

So why'd I make this? To test my abilities.
Naruto memes aside that's true. Unlike the Wolfenstein and Deltarune stuff I've done, the spritework here is made from scratch and not done with preexisting
stuff to edit and base off of.


This mod was made in a haste in a week from the ground up, including all the sprites. All made by me.
If there are bugs and stuff, please tell me, I'd try to patch them out after I catch up with my academics. Love ya'll. Bye!
Last edited by itsmeveronica on Tue Mar 17, 2020 8:17 pm, edited 2 times in total.
Top

You are the best, Good work dude!
Top

I love it! Though sadly it seems some mods that don't use backpacks like Embers of Armageddon make her Ammo cache do nothing. Any idea on how one might fix this?
Top

I KNEW IT! XD Thanks for making this, I was wondering if someone was going to make an Isabelle companion XP
Top

BradmanX wrote:I KNEW IT! XD Thanks for making this, I was wondering if someone was going to make an Isabelle companion XP

Yeah, someone would've. It's me Veronica.
Top

I was honestly considering to make it a fist bump, but it wouldn't look as obvious as the high five where Isabelle sticks her hand up 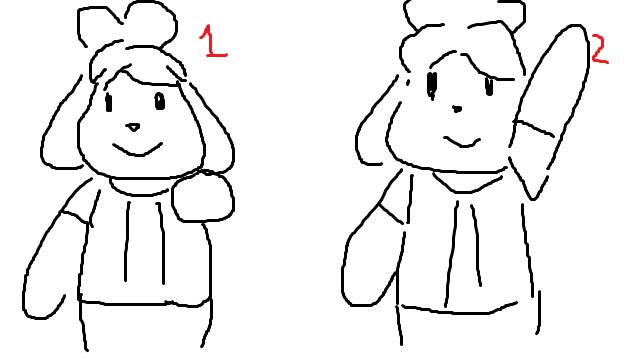 @Veronica This is what I would think if I used Guncaster with the Bishop suit: *punches hand with the force of a loaded van colliding into a poofy pillow of infinite poofness that is her hand*
Top

I just saw the trailer video for the mod, and I like it

I am just excited for the future stuff for this mod and all. Plus, might join that Discord just for fun since I do have Minecraft and play it from time to time.
Top

How would I go about changing what item she throws out? I took a look through the unpacked files, but I have no idea what I'm doing.

For context, I'm just trying to make this compatible with Demonsteele's health system. Everything works if I switch it to vanilla health, but it'd be fun to have her toss me a soda instead. My uneducated guess is that if I could change the item she throws to a vanilla health pickup, it might automatically get replaced? But I don't know what to change or if it's possible.
Top

Can you show me about compatible mods? please
Top
68 posts