THIS MOD REQUIRES GZDOOM 4.7.1 OR ABOVE TO WORK!

Treasure Tech is a Doom Gameplay Mod inspired by the Wario Land franchise, featuring a slew of other elements from arcade games and retro classics.

Play as Chesterfield, more known as Treasure Guy, as he shakes down the forces of hell for their pocket change! Tackle your foes, and throw them into each other!
Collect tons of coins, jewels, strange artifacts, and spend your earnings to power yourself up! Use an array of exotic weapons as you hunt down every last penny on the map!

THIS MOD FEATURES...
-Tackling and Throwing classic Doom Monsters!
-An integrated Shop Menu with a variety of Upgrades to purchase!
-An Exclusive collection of alluring Weapons!
-Over 40 Unique Treasures to find!

Treasure Guy and his Abilities

Spoiler:
Treasure Guy by default takes less damage than Doomguy does, but he cannot carry as much ammunition to balance out all of the abilities he can perform on the fly, and also to balance out
the power of the new weapons that comes with the mod.

Tackling
Tackling is something you can do, and should do, with any weapon equipped at any time. Once you've bound the key, you can fly into your foes dealing significant damage.
- A tackle uses 50 stamina, which recharges at a decent rate. You start with 100 stamina as your default maximum.
- While tackling, you get a defensive bonus. Shrug off projectiles and bullets as you are charging toward your foes!
- You move very fast, so this doubles as a mobility option.
- Jumping while tackling will keep you tackling until you land.

Upgrading your tackle will make you deal more damage, on top of some neat visual effects!
Upgrading your stamina will allow you to tackle more often!

Throwing
Your standard punch is how you stun/throw enemies and objects. Objects like barrels can be picked up and thrown with ease, while enemies have a different requirement.
You must either stun them, which will allow you to pick them up when you punch them again, or kill them with a punch. Enemies can only be thrown or stunned if you have the proper tiered glove to throw them with. Purchasing better gloves makes it easier to pick up previous enemies, and allows you to throw higher tier enemies. Eventually, you can start stunning and picking up Imps instantly if you upgrade this category enough.

Vulcan Barrage
Your alternate fire uses ammo known as METER, which is built up from punching with the primary fire and successful hits with throwing enemies into each other.

This attack lets you punch without throwing or stunning, and the higher the METER is, the faster you punch alongside doing more damage. You can tear through crowds of low tier enemies when it is at a high level! You can also use it when the METER is depleted, but you won't punch very quickly.

Ground Pound
Separate from the stamina meter, the ground pound ability has it's own meter which builds up slower than the tackle. This attack can only be used if you are airborne, so if you have jump enabled you can use this more often. When activated, you will slam into the ground, causing an explosion of force knocking back enemies surrounding you, and probably killing a few. Directly landing on an enemy will deal major damage! There are no upgrades in the store for this ability.

AND A WHOLE ARSENAL OF LOVINGLY HAND SPRITED WEAPONS! 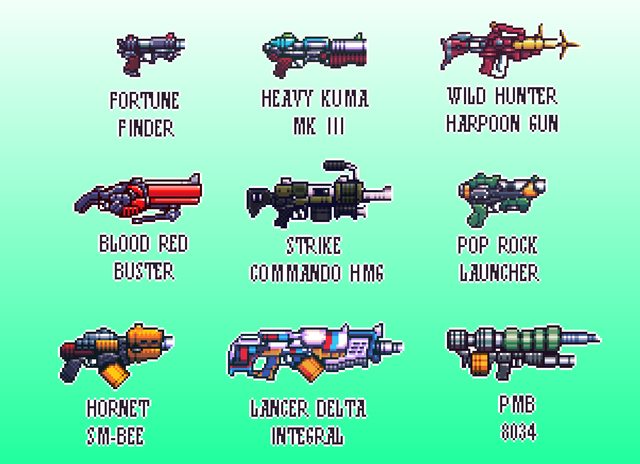 Treasure Tech prides itself with having an exotic array of weapons! From your MEGA CLASS Fortune Finder sidearm to the pile bunker/cannon PMB8034, you have quite the dangerous armory at
your disposal! Check the in game manual for more information about each arm!

THE MOD COMES WITH A TUTORIAL, AND A FULL GAME MANUAL INCLUDED!
Tutorial map is intended to be used with Doom2, but will work with Doom1 with some errors.

Much more information is included there! Try both of them out!

THIS MOD IS NOT MEANT TO RUN WITH CUSTOM MONSTERS! RESKINNED ARE OKAY BUT WILL HAVE SOME GRAPHICAL ODDITIES! NOT INTENDED FOR GORE MODS!

Liked Treasure Tech? Want to throw something my way as gratitude? Completely optional, but- 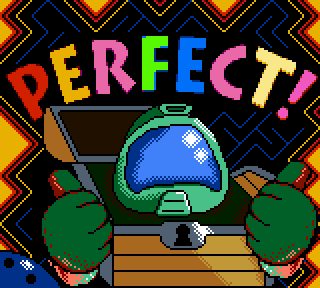 Keep an eye on this one guys, I'm very excited for the release
Top

I've been following Hyper since the very first iteration of the project and i'm excited for this to come out, don't miss it guys!

Woah, this looks really fun to play.
I'll definitely keep my eye out on this one.
Top

Hell yeah! I've been listening to the whispers of this here and there and getting super hyped.

Looking forward to the release.
Top

Welp, shit, replying just so I can keep my ear to the ground! A Wario Land doom game? Sign me the hell up
Top

Ah, nice, a forum thread at last. I'm glad you're still working on this and I greatly look forward to the finished result.
Top

looks very nice when its done gonna play it
Top

Is it just me, or is the Hornet gun supposed to be a Daytona USA reference?

is possible to plays with some monster mods ?
Top

Also I forgot to mention but the Chibi hudface is absolutely adorable and I love it.
Top

Been looking forward to it for a while, can't wait to try it out~
Top

I love the Wario Land inspiration! Can't wait to try it out!
Top

Man I have a ton of nostalgia for Wario Land (4 specifically - it's the reason I got a GBA!). I can't wait for this to be released!
Top

Wario Land 3 was my favorite GBC game as a kid. This will scratch the itch.
Top
150 posts