Terrestrial Weapons Beta 5: Up Your Arsenal!

Terrestrial Weapons Beta 5: Up Your Arsenal! 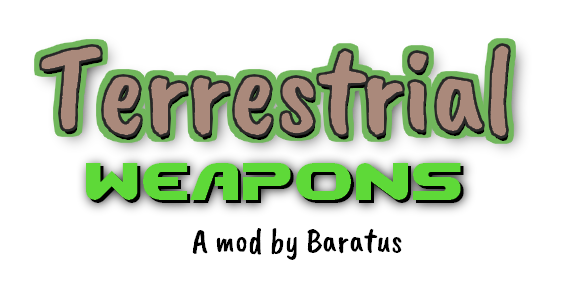 After playing dozens of hours of Terraria I decided to try my hand at trying to replicate the feel of some of the weapons,
starting with the straightforward shooty-bang guns and escalating towards all powerful ancient relics of destruction,
while still having the same weapon strength and balance of Doom, instead of Terraria's exponential power curve.

This fun little project has been in and out of development over the past year and is essentially a playground for me to
make stuff in DECORATE that's hopefully of good enough quality for other people to enjoy. Which is kinda fun.

What's in this mod?
-Weapon replacements for every slot, plus a few more!
-Alternative weapons to collect! Pick and choose to suit your playstyle!
-New sprites and sounds, with some minor edits by yours truly (full credits included below!)
-Non-automatic guns fire with each pull of the trigger! (Sorry autofire fans.)
-Tactile animations and weapon feedback!
-Compatible with any monster pack or levelset, even Icon of Sin encounters!
-Made for and tested with GZDoom 3.6.0. Zandronum support not fully implemented. 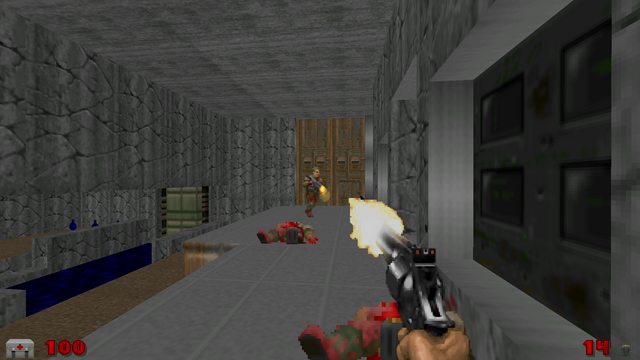 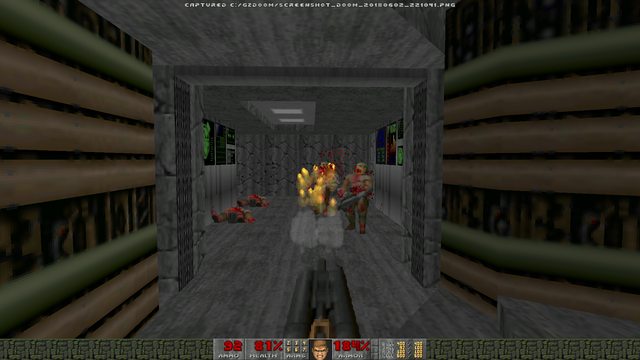 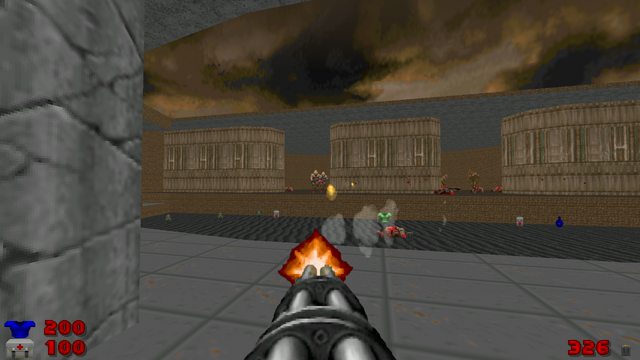 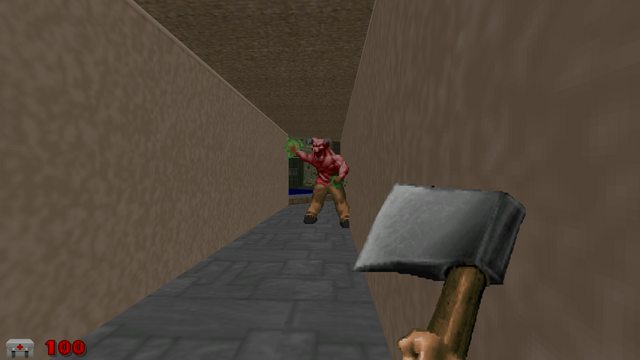 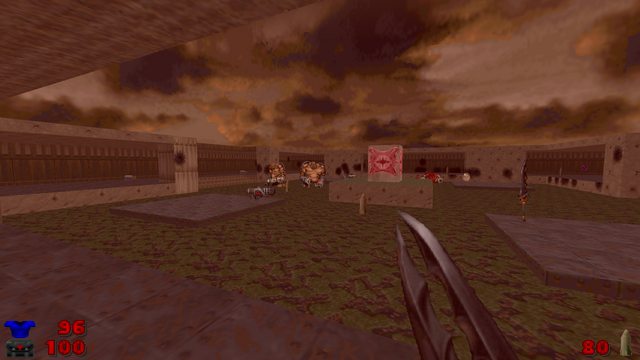 v0.2
-All weapons now have custom sprites. Pistol, Boomstick and Blunderbuss have improved sounds and animation.
-Boomstick and Blunderbuss have "refire" sounds to indicate when the weapon is ready.
-Terra Blade damage toned down a LOT, not that it makes much difference.
-Terra Blade and Terratoma have different pickup sprites.
-Plasma Repeater has slower spinup sequence.
-Shiv still has no sound when hitting an enemy, need to code that in somehow.
-Terratoma projectiles explode. Uses 15 cells instead of 3 rockets, cuz that wuz dummb
-Some other stuff I probs forgot, anyway guns should all look and feel better nao

DISCLAIMER:
I do not own the majority of custom resources in this WAD. These were taken from
Realm667, spriting threads and some projects by other authors.

If you see any of your resources in this WAD taken without proper credit and/or
permission, please contact me. Thank you.

Shiv:
Sprites from Powerslave, ripped by Xaser
Sounds by Baratus

Hatchet:
Sprites by Mike12 and scalliano
Sounds by Baratus, from Hexen by Raven Sofware

Blunderbuss:
Sprites by YukiHerz, downloaded from Realm667
Sounds from Reelism by Kinsie

Uzi:
Sprites by Cory Whittle, downloaded from Realm667
Sounds from Half-Life 1 by Valve

Spectre Staff:
Sprites by Eriance and zrrion the insect
Sounds from Raven Software

DISCLAIMER:
I do not own the majority of custom resources in this WAD. These were taken from
Realm667, spriting threads and some projects by other authors.

If you see any of your resources in this WAD taken without proper credit and/or
permission, please contact me. Thank you.

Also, ever wanted Heretic to feel more of a visceral power trip? Feel free to check out my previous mod, Heretweak!
Last edited by Baratus on Fri Dec 14, 2018 12:05 am, edited 13 times in total.
Top

Really fun and simplistic (in design) weaponset, it was super fun testing this and playing it again, it's only gotten better! I can't wait to see how this grows over time!
Top

Jimmybro* has done a pretty damn fine job here, all the weapons feel very nice to use, and for the most part everything is lovingly balanced to feel and act like its Vanilla counterpart, or better. Very cool stuff. Only thing that's missing still are new sprites to replace the rocket ammo pickups.

*for the confused, he's my brother IRL
Top

Spoiler: nitpicks
- Undertaker could be a bit more animated, it feels a somewhat lifeless. I like pinpoint accuracy, though.
- Blunderbass offset set a bit too right. Reloading feels like arbitrary delay.
- There may be problems on some maps with Terratomere because it's dangerous for player in close combat. In cases when map has confined space and expects BFG usage.

This is a really neat weapon set, and I've been wanting to see Terrarian weapons in Doom for quite some time, so it's nice to see this come out. Though the Shiv sprites leave a lot to be desired, and I feel the "pull" effect of the custom punch with the melee attacks feels awkward here.

The hatchet is great though!
Top

Will different types of ammo be implemented in this mod? This mod is really interesting.
Top

Simple and plain mod, but satisfying. Especially the sound effects and the smoke effect. Also That BFG replacement is my innermost favorite. However would be more lovely if the melee weapons can hit the enemy at close range without killing myself. Other than that, I love this!
Top

See changelog in the first post for full changes if you're so inclined.
Top

Bullets should be faster and have a little more impact to them, I wager. I would suggest some of terraria's saucier guns like these for your mod:

I'll even get the actual terraria sound effects for you if you need it.
Top

Terrestrial Weapons Beta 3 is out! After the release of Beta 2 I continued tinkering with the mod for a little bit and wanted to save up for a big new update with more weapons and an entirely new playerclass. It didn't quite pan out as planned as I kinda ran out of steam, so I thought I'd upload the most up-to-date version of the mod for people to enjoy.

I may add the new weapons in if I think the mod is doing well enough.

No joke, when I saw the preview picture, for a second I thought it said something like "Terraria weapons."
Top

Two of my favorite games together. This is a really good mod, although I hope to see more strange weapons from the Terraria.
Top

Re: Terrestrial Weapons Beta 4: A quality of life update

What's this? An update?

Wayward soul that I am, I happened to take a look at this old mod that I haven't touched in 6 months, and golly gee willikers it was in dire need of plenty of improvements. Improvements that I, now 6 months wiser and more skilled in DECORATE, have now made. So...

Beta 4 of Terrestrial Weapons is here!

Almost all the weapons have been tweaked to be better, fancier and more fun, which is the ultimate goal of the mod. Hope the changes are welcomed and enjoyed.

Re: Terrestrial Weapons Beta 4: A quality of life update