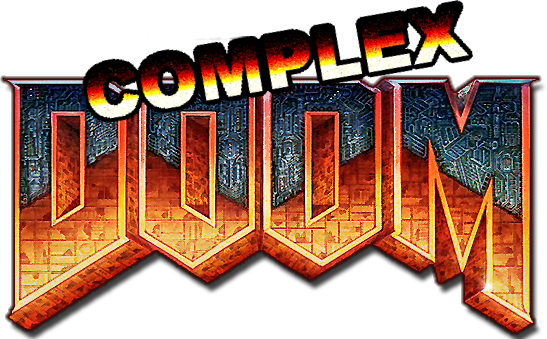 This is a randomiser mod which changes a boatload of stuff but keeps to the original vanilla-like gameplay.

Some info on it:
-Each monster has typically 3/4 tiers where a random tougher monster will spawn in its place.
-Armor and Spheres have a random chance to spawn a stronger type/powerup.
-Weapons have been redone and feature reloading.
-There is an inventory system to make use of items/powerups which are randomly dropped by monsters.
-You can toss grenades and mines with weapons equipped.

There's plenty more in it but its been out for so long players probably know what its all about.


Spoiler: Latest release changes (v27b2)
(+) Fixed an oversight on the SSG & QSG inspects. The animations couldnt be
cancelled with altfire, now they can.
(+) Improved the QSG reload animations a bit more by adding some extra frames,
its a little bit less clunky now.
(+) Tweaked Railgun zombie, at longer ranges it takes him longer to "aim".
(+) Changed the player marine Rocket Launcher skin sprites.
(+) Players can now use the Reload key. Altfire still works as before so this
change is optional. Again, this was requested for some time.
(+) Players can now replace their armor with better armor. Before, when you were
holding say, 250 green armor, you couldnt pick up blue armor. Now you can.
This goes the same for green armor and if you are carrying 100+ starting
vest armor or even no armor (armor bonuses only) at all.
(+) Tweaked Armor.SavePercent on the three major armor types, buffed them
slightly.
(+) Added another CVAR, players can now toggle the weapon fire screen shake
effect by using "cd_disablescreenshake". 0 is default, shaking on and 1
disables it. It can be toggled in the Mod Setup menu or through console with
the command.
(+) Players can now individually toggle the Effects Throttle during online play
instead of it being a forced serverside setting. Note to offline players, set
the global setting to offline in the Mod Setup menu if you want to use Effects
Throttling.
(+) Added a CVAR to disable the Marauder spawning on zombies, "cd_nomarauder".
By default this is off so he will spawn as intended.
(+) Added yet another CVAR, "cd_keeppistol". When enabled this allows players to
keep their Pistol when the Revolver upgrade is taken. Also, the Revolver is
its own weapon actor now instead of being integrated in the Pistol decorate.
(+) Player crouch sprites now work.
(+) Changed Weapon Upgrade Box a bit, you now have to actually press use to open
them. Made some new sprites for it too and it has a looping sound so its
easier to find amongst corpses.
(+) Upgrades now have messages appear, telling players what weapons are needed
for whatever upgrade they touch also if they already own an upgrade.
(+) Fixed ammo items moving around after they are picked up and respawn. However,
for this to work the item respawn DMFLAG MUST be enabled on whatever port you
are using, where as before it was not needed. Enable the item respawn DMFLAG
through the port and have the mods "cd_ammorespawn" CVAR set to 1.
(+) Fixed the Radsuit moving around after it respawns.
(+) Very slightly reduced the Terminator Minigun heat gain during firing.
(+) Replaced the placeholder Quick Hands perk sprites. Also, the perk is now
known as Adrenaline. Gives the same effect (increased weapon switch speed),
I just renamed it to something more fitting.
(+) Added a new perk, Scavenger. It allows players to get a bit more ammo from
all non-dropped ammo pickups. This doesnt include Grenade, Mine or Demon
ammo, though I can change this at any time. Also, both Backpacks are not
affected by this either.
(+) Added another new perk, Toughness. Once grabbed it will give 10% resistance
to all damage taken.
(+) Added yet another new perk, Restoration. It allows players to gain a little
extra health from Stimpacks, Medkits and Health Bonuses.
(+) The way perks are gained is either a Annihilator or a Demolisher (tier 1
bosses) will drop a Perk Globe with 50% chance. The Globe is breakable by
damaging it and the perk it drops depends on which perk is shown when the
Globe is broken.
(+) Perk indicators now show up on both HUDs when they are taken.
(+) Added one last perk, Frenzy. When held it allows players to deal 10% extra
damage.
(+) Fixed a multitude of minior issues and oversights thanks to WaTaKiD testing
stuff.

Seems okay. 5/10 wish more monsters had their attacks aligned up with their sprite's 'weapon' arm and less gore that looks silly when it's spawned on liquid flats.

Edit: Also, on the latest version of Gzdoom, the BFG (the normal one) is completely broken: The weapon fires normally, but doesn't remove ammo from the magazine, allowing for infinite firing.
Top

I can't test right now, so I wanted to ask if the performance toggle now works in GZDoom, because prior versions achieved this via CVAR manipulation, which GZDoom doesn't allow, unlike Zandronum.
Top

and I thought that guy who say "complexdoom updated to version 27" smoke some really strong weed...
Top

I can effectively say that the Assault rifle's upgrade is 120% useless in its current state. I'd say make the grenades impact-based, instead of acting like the GL's grenades, just to make it different and possibly useful in situations where you're directly attacking a monster. (Also make the grenades ACTUALLY visible, I couldn't see the projectile if I wasn't on top of it.
Top

iSpook wrote:Seems okay. 5/10 wish more monsters had their attacks aligned up with their sprite's 'weapon' arm and less gore that looks silly when it's spawned on liquid flats.

Edit: Also, on the latest version of Gzdoom, the BFG (the normal one) is completely broken: The weapon fires normally, but doesn't remove ammo from the magazine, allowing for infinite firing.

I still need to tweak the redone blood effects, yeah.

Thanks for pointing this out, I'll have it fixed for next release.


DabbingSquidward wrote:I can't test right now, so I wanted to ask if the performance toggle now works in GZDoom, because prior versions achieved this via CVAR manipulation, which GZDoom doesn't allow, unlike Zandronum.

Yes, you should be able to toggle it via the mods menus (ESC > Mod Stuff).

As for the ARs GL, I'd say having the bouncy grenades is more useful than impact based ones, but I can change it to impact for a few versions and see what feedback I get in-game.
Top

awesome to see an official thread

I've been using this pretty frequently whenever I play doom in the last few years; you've done an awesome job on this. has anyone made any maps specifically for this mod before?
Top

Honestly, I have no idea. If there are maps out there, I haven't been around to see them.
Top

I played a lot in this mod during multiplayer! That's a good thing that we have an official thread on this mod, congrats and good luck!
Top

Good to see a thread like this is up and running, because I’ve had a question for the longest time. Is there any reason that most of the reloadable weapons (Handgun, Assault Rifle, Rocket Launcher, Grenade Launcher, etc.) reload with one bullet less than max when reloaded from empty? Has it not been brought up before, or is it a feature?
Top

Great decision on updating it again sire, this is such a great mod together with the LCA .it's a perfect match like an ice cream and a cone nvm about that hope you keep updating it and also looking forward for new set monsters, i know there's an LCA for that but you know it would be good to have a run with hardcore monsters but not on the same level with the leg monsters.. more power sire!
Top

Lazorinc wrote:Good to see a thread like this is up and running, because I’ve had a question for the longest time. Is there any reason that most of the reloadable weapons (Handgun, Assault Rifle, Rocket Launcher, Grenade Launcher, etc.) reload with one bullet less than max when reloaded from empty? Has it not been brought up before, or is it a feature?

It's intentional, had a ton of confused players about it, heh. It's known as one in the chamber. If you notice when reloading from empty on one of the weapons that has it, its slightly different from reloading with ammo currently loaded. (ie the assault rifle reloaded from empty, Doomguy will pull the charging handle back, with ammo loaded he doesnt).

Though it is a bit goofy on the likes of the RL and GL, I always kept it in because more shots are better.

Hi Daedalus, big thank you for that update.
I got an idea here, I think icons for Weapon upgrades and perks should be changed, am still thinking about the weapon upgrade ones but for perks you could use DooM 64 Megasphere (The one with DooM Guy's helmet), as it reassembles our hero and gives him extra "Powers" , i know it's just cosmetic stuff but current icons look kinda out of place. I always liked that everything in Complex was DooMish and fitting together like a jigsaw puzzle. I mean, spheres never tell you how the work you just memorize them, you could use different colors for different perks. As for weapon upgrade icons, maybe rocket ammo boxes with pictograph of weapon they upgrade.
Top