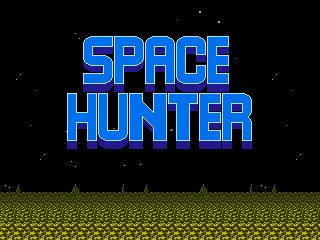 So after a few months I've finally gotten around to finishing this project up, Space Hunter is a gameplay mod heavily inspired by the NES Metroid. Combat is focused around using the Hunter Rifle and its multiple beam modes to blast everything in sight into tiny pieces, your primary beam weapon can upgraded a few times and there's a few stacking upgrades as well. You also start with 20 missiles for the rifle's (upgradable!) missile launcher, so if you're caught in a situation early on where your beams aren't cutting it, switch to your missile launcher and paint the walls with hellspawn. You could also lob bombs at them, as you have regenerating supply of those, and they'll be your best friend going through megawads, seeing as they can stunlock the toughest monsters with ease.

I also have a trailer for this if you're interested!

This mod has been tested on both the latest versions of GZDoom (3.0), 1.8, as well as Zandronum 3.0, so there should be no issues running it!

MAKE SURE TO BIND RELOAD AND ZOOM, ALSO CHECK THE HELP SCREEN FOR A QUICK RUNDOWN


And finally, have some screenshots: 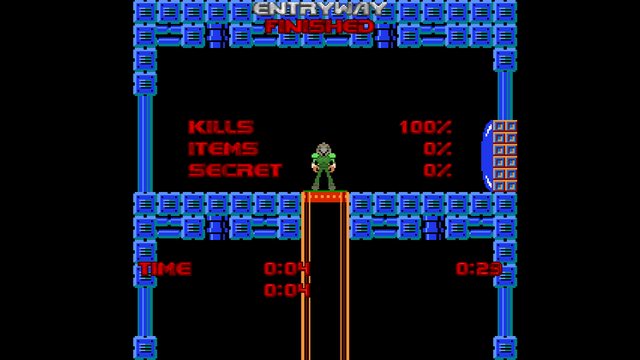 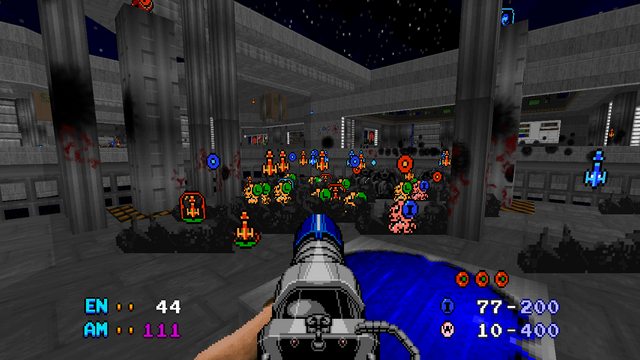 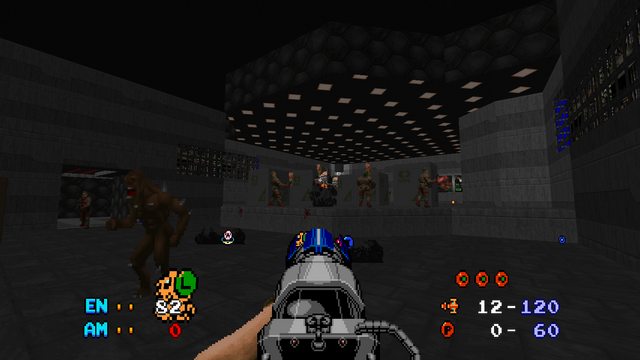 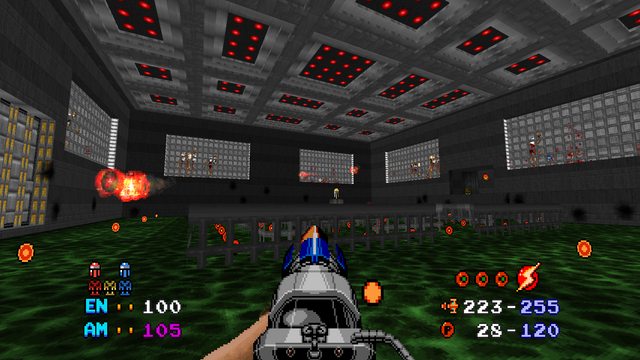 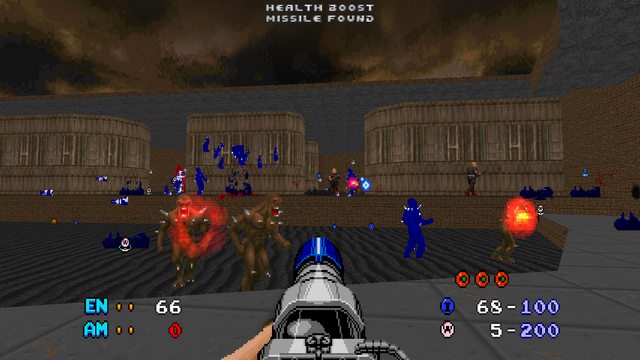 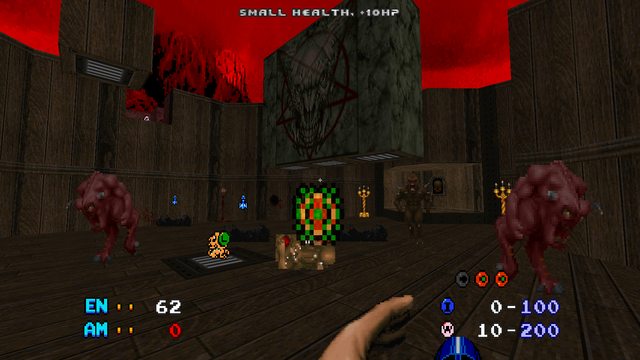 Spoiler:
V1.2:
+sped up the autofire for all beam weapons (I was getting sick of hammering the fire button and I'm sure you guys were too)
+sped up bomb throw animation
+sped up rate of fire for magic rod
+increased silver arrow damage
+you can now manually disable the ice beam with the use item key
+added a CVAR to disable Nazrobe spawns on chaingunners
+added a CVAR to disable Nazrobe wand drops

v1.1:
+using a standard screw attack consumes less charge, meaning the player can use it a little more frequently
=missile and plasma beam can no longer be fired infinitely if you hold fire as you run out of ammo
=Former human weaponry buffed
=imps throw fireballs more often
=Made beam projectiles slightly more narrow
=increased movespeed of pinky demons
=increased movespeed of cacodemons
=wolfenstein SS damage and movespeed increased
-can no longer "store" a sparkshot if you hit altfire while screwattacking
-sparkshot cooldown starts later in the animation, meaning a longer wait period after firing

Wow! That looks like the perfect companion piece to Contra Doom. Do you plan to make an optional Metroid music addon as well?

Anyway, I am a bit confused with the mod's mechanics: what is Weapon Zoom supposed to do? What are the "W" and "P" counters for? Also, I noticed pressing the Secondary Fire key does not seem to do anything, yet causes nearby monsters to become alerted. I do not mind having to figure it all by myself, but still a more detailed readme/guide would be much appreciated.
Last edited by JohnnyTheWolf on Thu Jun 01, 2017 6:56 am, edited 5 times in total.
Top

This is fantastic.
Top

Oh look it's the new Cacoward! I love everything about this.
Top

Nice, congrats on the release! I'll have to give this a try soon.
Top

this has my interest, for sure.
Top

Neat! I love the unique little niche you've carved out here. Definitely something different from anything I've seen elsewhere.

It's interesting and all, but I have a few complaints about it:
1. Almost everyone these days uses the secondary fire, so why not make use of it for the bombs instead of reload?
2. Once we get the Ice Beam we are forced to spend it before being able to use the Power Beam, which is bad. Imagine if you were forced to use all your Plasma and Rockets before being allowed to use the Chaingun in Doom, for example.
2.1 For this, I'd suggest taking the Metroid Dreadnought approach, where each weapon slot is a beam.
2.2 Of course, if this presents problem for the Missiles, just move the Missile Switch to Reload! Simple.
3. Feels like the Power Beam is a bit thicker than it should. For example: I couldn't shoot the Shotgunguy behind the Red "doors" in Doom 2 Map02

I like the vibe of the PWAD though.
Top

I've played for a while and it's definitely one of my favorite gameplay mods, great job!

I've paired it with the EGA Doom palette (https://www.doomworld.com/idgames/graphics/ega_pal) and it looked quite good Bug found: if you keep holding the Primary Fire to deplete your missiles you'll be able to keep shooting forever. Seems there's no limitation to refiring. Only happens with the missiles too.

And in case you need to know: No, didn't use SV_InfiniteAmmo 1 and that CVAR doesn't work with these weapons. Nor does SV_FastWeapons (changing this to 1 or 2 actually makes the weapons SLOWER)
Last edited by tsukiyomaru0 on Thu Jun 01, 2017 12:59 pm, edited 1 time in total.
Top

well, that's an easy choice, at least: get a bunch of Metroid tracker music! though the style of the soundtracks might be a bit unfitting for this type of gameplay, what with the bunch of ambient loops and such.
Top
60 posts