This mod is explicitly compatible with a myriad of IWADs and monster mods. You can add support for your own monsters using the LITHMONS format.

This mod was created because I felt that there was a severe lack of RPG-lite mods for ZDoom, such as Kyle873's DoomRPG – but more toned down on numbers.
Lithium has been under development for five years. Thanks to everyone for playing, testing and giving feedback, I hope you all enjoy it as much as I've enjoyed making it.
I am open to suggestions for balance, additions, world-ending monstrosities, etc. I want to make this mod as polished and fun as I can.

Public Discord server here in case you want that; also a hub for other projects of mine and several other developers.

The mod has three unique player classes: Marine, Cyber-Mage, and Dark Lord. They all have unique arsenals, upgrades, and mechanics. 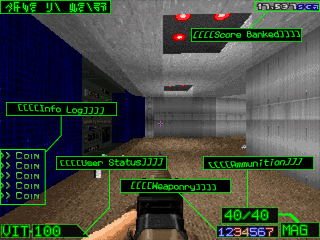 As Marine, you play as a cybernetically enhanced soldier sent by a military on Earth to destroy demons which have invaded from another dimension.
You are given money ("Score", abbreviated scr) for completing your objective and as compensation.
Working in concert with a large tech company, you are supplied with upgrades for your weaponry and augmentations. 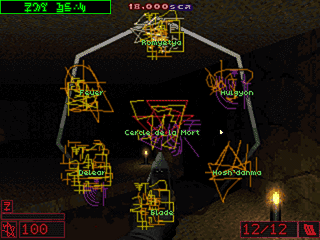 As Cyber-Mage, you play as the spell-casting pawn of a corporation/cult, seeking freedom in the confusion of the demon invasion.
You may acquire spells (sometimes referred to as "methods") and use Mana acquired from dead enemies to highly increase your combat effectiveness. 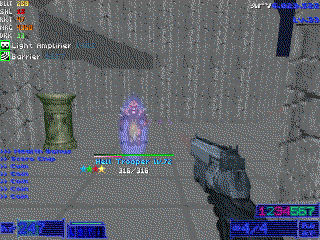 As Dark Lord, you play as an intruder from another dimension, hell-bent for closure.
For how slow you move and how heavy your weapons are, you find yourself having little trouble slaughtering demons fluidly by the hundreds. 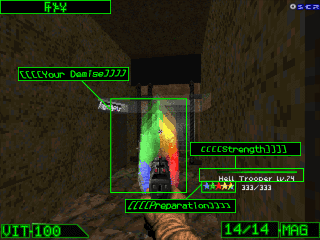 Be careful, though; Hell is not a kind dimension, and has sent its best to destroy you and your efforts...

All of the player classes have a core set of features involving cybernetics and information: 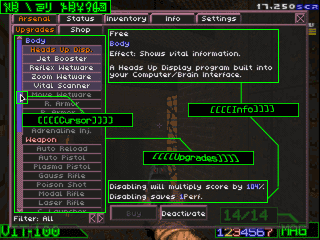 You are augmented with a Computer/Brain Interface, or C/BI for short.
The C/BI allows you to purchase upgrades and ammunition, view information on things you've found, review statistics, change game settings and more.

There are four categories of upgrade:

Body upgrades, which improve your movement, defense and information.

Extra upgrades, which are silly, expensive upgrades for fun.

Downgrades, which impair your ability to play at the "benefit" of gaining additional score. 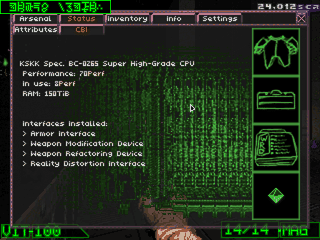 Your Computer/Brain Interface can itself interface and be upgraded with various PCBs and external units, its CPU and RAM can also be upgraded.
Unfortunately, such items are far too expensive and dangerous to buy. Maybe there's another way to acquire them... 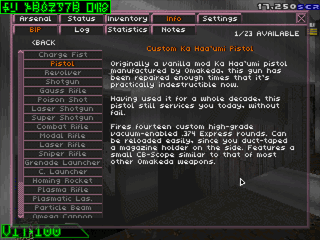 The Biotic Information Panel (or BIP) gives you access to descriptions on things of which you've found, and anything relating to them, as well as letting you access mail and statistics. 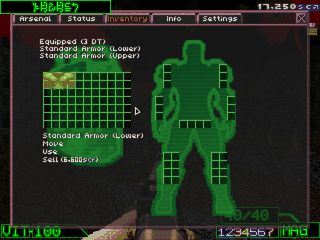 It seems like there's some things you just don't want to pawn off or use right away, so your Inventory allows you to carry around armors, accessories and more to use or sell whenever you please.


Spoiler:
A mod which has just the damage bob from this mod, usable with anything else 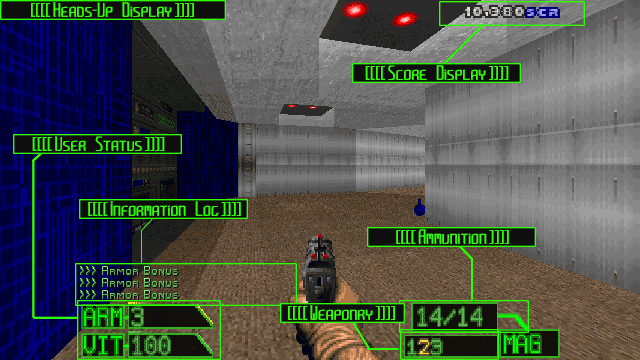 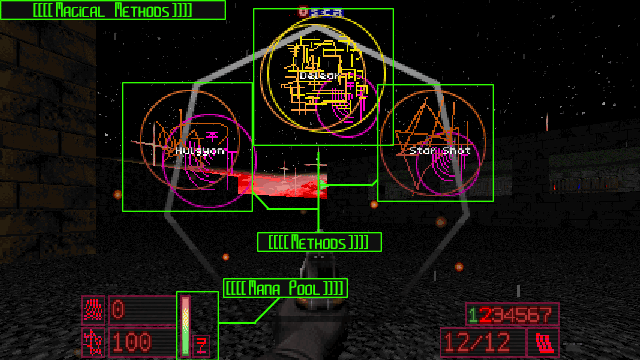 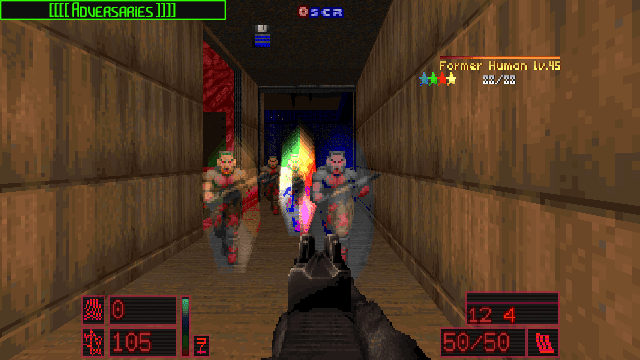 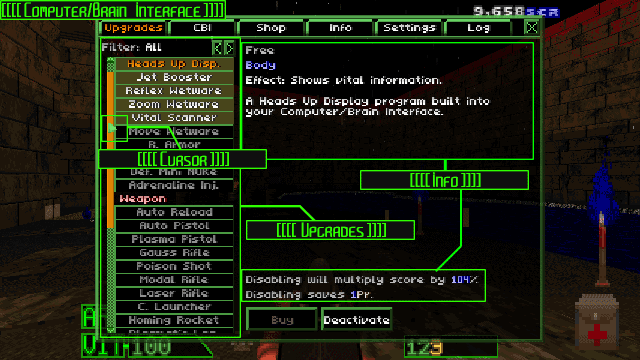 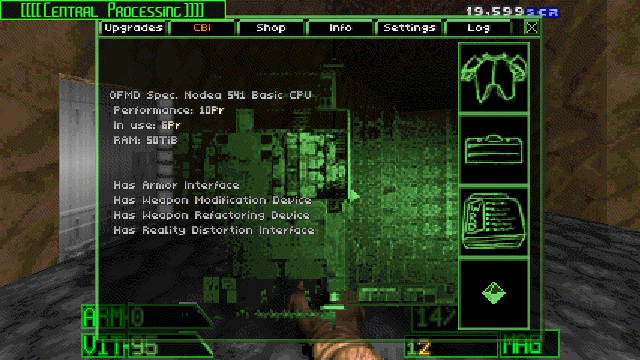 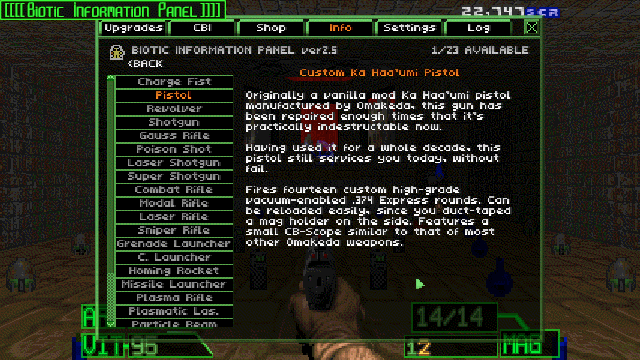 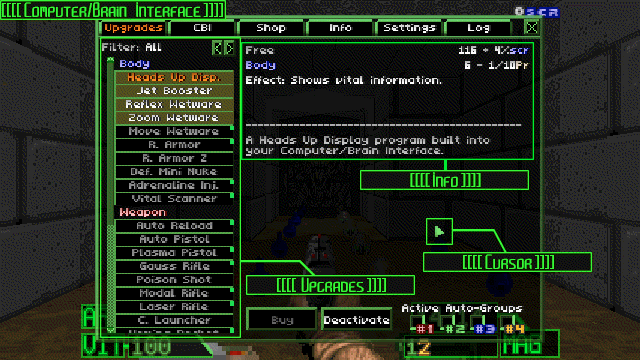 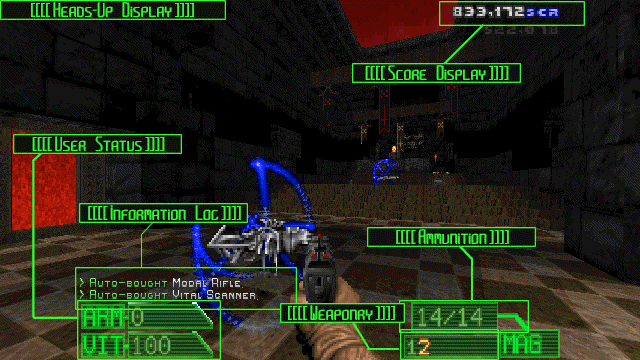 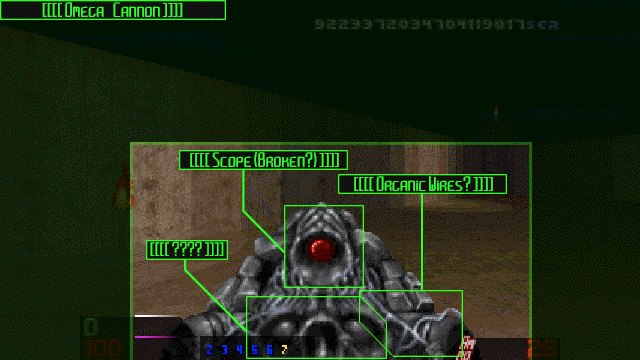 This weapon was developed in another dimensional plane, where magic is still usable.
Employs an extremely complex magical pattern buffer that takes in condensed demonic energy and spits out whatever it pleases.
The pattern buffer that yours has is an explosive cannonball, which can steamroll pretty much anything. Comes with a CB-Scope, but it isn't usable for some reason.
This weapon was acquired by your employers via the black market group "Cid" for a hefty price. Take care of it. 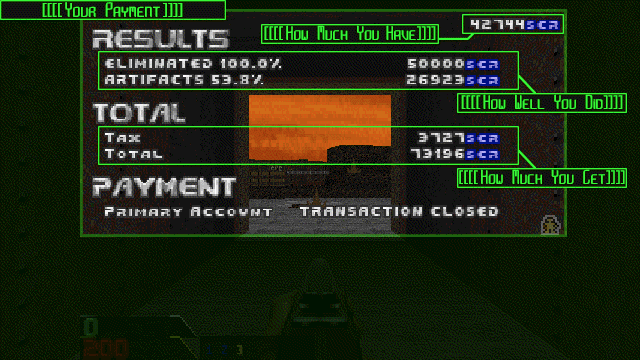 If you're going to help us in our war on the demons, we're going to compensate you as best we can.
We're transferring Score to your account for finding artifacts and eliminating the demonic threat, but also for clearing out areas.
When you do well, eliminate all threats, find everything you can, we'll give you a small bonus.
This bonus is not tax-deductable, unfortunately. 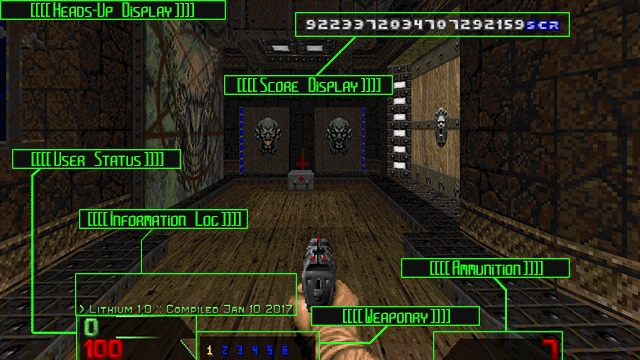 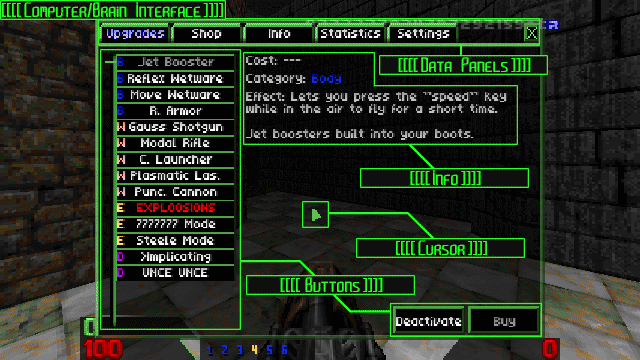 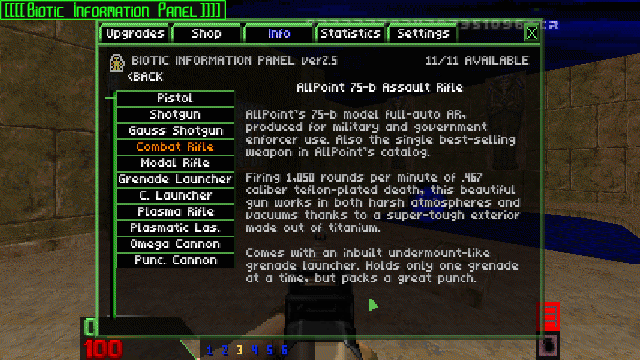 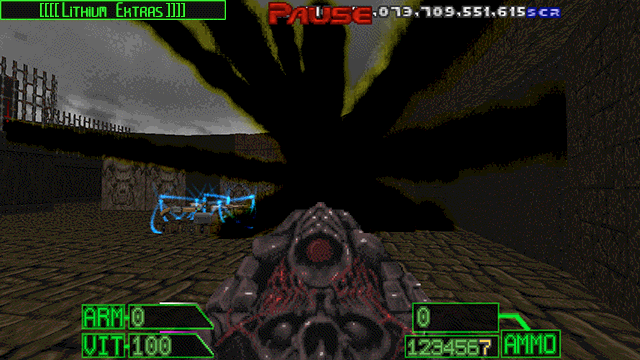 I am also here to confirm that this post is 100% accurate, Lithium rocks
Top

Hi! I haven't played much, but theres a serious pet peeve of mine in this: you changed where my shots go so that the little crosshair dot i have on my hud is wrong. i don't know of a way to change or fix this, i don't understand what the purpose of doing such a thing is in the first place, and its very frustrating even when playing without my little dot because my reptilian brain has been trained to think "the dot was here, aim here" and end up shooting the ground between myself and the target, causing my tiny little mind to go into primal confusion. Much distress!

Other than that this is indeed a very good mod! I like how you start with some CYBER-TECH or whatever activated already, and playing without them on can be a kind of challenge run. I also like how extremely detrimental the detrimental mods are.

LIKEWISE. I FIND THIS MOD TO THE THE TOPPEST NOTCH OF MODS AND YOU SHOULD ALL PLAY IT.

This Mod has been a joyful experience for me to play. This is Fantastic....
Top

Oh hey I remember this, and the >implying mode I told you to add.

It's still the best
Top

adun87 wrote:Hi! I haven't played much, but theres a serious pet peeve of mine in this: you changed where my shots go so that the little crosshair dot i have on my hud is wrong. i don't know of a way to change or fix this, i don't understand what the purpose of doing such a thing is in the first place, and its very frustrating even when playing without my little dot because my reptilian brain has been trained to think "the dot was here, aim here" and end up shooting the ground between myself and the target, causing my tiny little mind to go into primal confusion. Much distress!

He didn't change where the shots come from, he changed where your eyes are; in vanilla your eyes are actually located somewhere in your torso, IIRC. He put them in your head, which seems nice from a logical standpoint but for the reasons you just described it's more than a little jarring. You get used to it eventually but it can still be something of a problem when you're trying to shoot through windows and what feels like a clear shot instead hits the windowsill.
Top

Sorry about that. I miscalculated where the eyes go.
Release Candidate 3 released.

Without further adieu, Version 1.0 has been released, and I'll be working on adding more features for 2.0!

Further ado. This is a totally sick looking mod by the way and I'm gonna have a good look at it as soon as I finish definitely not being a lazy asshole today.
Top

The mod is... interesting. Is the crosshair oddity intended to simulate the bullet traveling from the actual muzzle location to the point of aim?
Also, are Imps supposed to run around at sonic-shaming speeds? I can't tell whether a lot of the things I'm seeing are bugs or simply uncommon design choices :/

EDIT: The downgrades are great, I just wish I could actually get any upgrades within the first 2 or 3 maps of a WAD...

EDIT 2: Ahh, now I see. The first bit of a play session with only the pistol is pretty miserable, but it picks up DRAMATICALLY once you get the gauss shotgun or anything beyond the standard shotgun, and gets much, much better.
Last edited by silentw on Tue Jan 10, 2017 8:12 pm, edited 1 time in total.
Top

This i just...really fun to play. I have no words for how much fun I had from simply getting from map 01 to 08 in Doom 2 with it.

The only thing I can think of that would make this further awesome is a super shotgun replacement. I got no issues with the shotgun becoming a perfectly accurate automatic railgun thing, but I think I'm no the only one who wants to see either a sawn-off or crazy full auto shotgun.

P.S.: I'll come back when I get Torgue mode, cuz that sounds like the SHIT.
Top

Havent had fun with a Doom mod like this for a while, it has been a blast using this mod to replay some old WADs;
Pretty Impressive that this is just a RC meaning it will just keep growing, a job well done, and a damn fun one to play with.
Top
681 posts