This should work with absolutely any mod you run it with, regardless of load order, without modifications.
If you don't know what the original 10x.wad is, it's a mod that multiplies the amount of enemies in each level by 10.
Make sure you have the latest development build of GZDoom or ZDoom before playing! Besides, What could possibly go wrong?
Top

And after that moment, YukesVonFaust was never heard from again
Top

Besides, What could possibly go wrong?

Not sure if it's my cup of tea to play, but I'm curious what sorcery you used to make this work across mods. 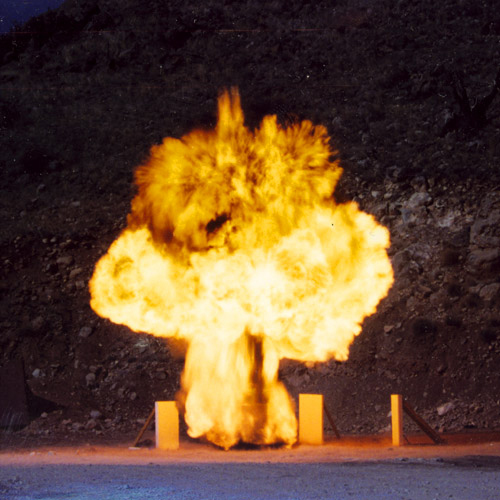 I build my own machines, I make sure they don't go off with an "earth-shattering" kaboom.

I can't even imagine Nuts 10x; my starts to stutter even on some FreeDoom maps with 10x and BD.
Top

Gollgagh wrote:I can't even imagine Nuts 10x; my starts to stutter even on some FreeDoom maps with 10x and BD.

I took the honors of doing it for you. Nuts 10X with Doom64 monsters (I don't think I'll touch Aliens/Brutal Doom, even without 10x it's uber-slow).

No, those are not after-images you're seeing, they're monsters overlapping monsters. I'm sure I could've waited until it raised further, but I didn't feel like waiting for the ~150sec per frame refresh.
Top

NeuralStunner wrote:Not sure if it's my cup of tea to play, but I'm curious what sorcery you used to make this work across mods.

I have an actor called "10xu_RG" (10x Universal Radius Give) which has a 0-tic NoDelay frame that calls A_RadiusGive with some specific parameters.

There is also an OPEN script which will spawn the 10xu_RG actor at 0,0,0 in order to make the mod work. It also constantly checks if new monsters have been spawned, and spawns 10xu_RG again if they have, so that monsters are still multiplied if they are spawned through ACS scripts or other means.
Top

Definitely gonna give this a few spins in Samsara and Wrath of Cronos : P
Top

That's what I thought! Sorcery.

Pretty neat though. Seems like I ought to try it out, now, just to appreciate how ingeniously sorcerous it is.
Top

Just tried this with Contra Doom. Works like a dream.

Or was that a nightmare?
Top
50 posts