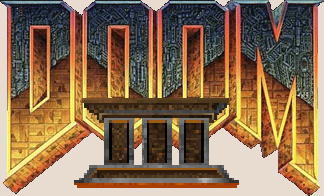 About
A fanmade DOOM modification that attemps to simulate what a truely DOOM 3 should be like. It follows a story that was never done in DOOM modding, what if Earth was abducted just like what happened to Deimos.

Promo image with no other purpose than having fun. 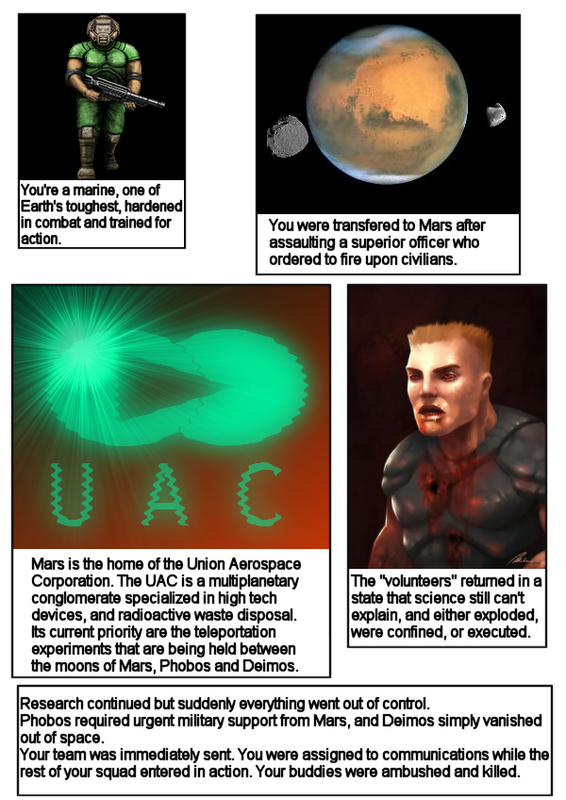 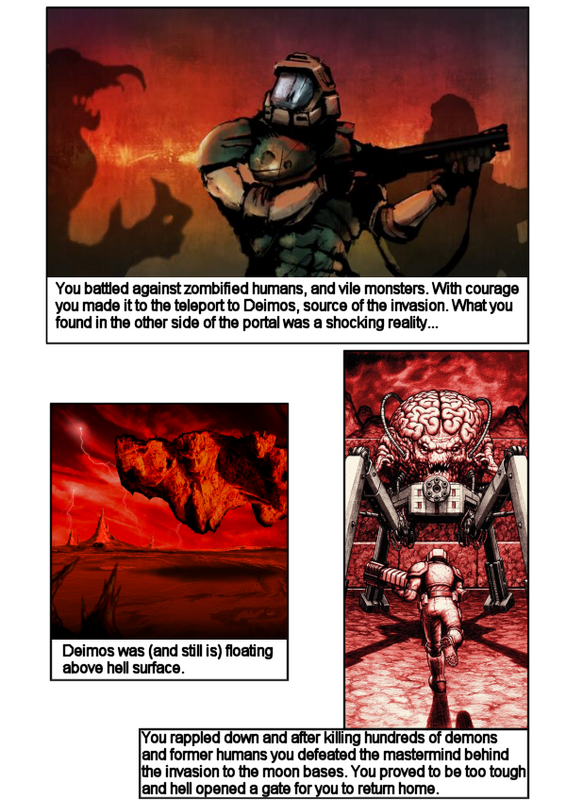 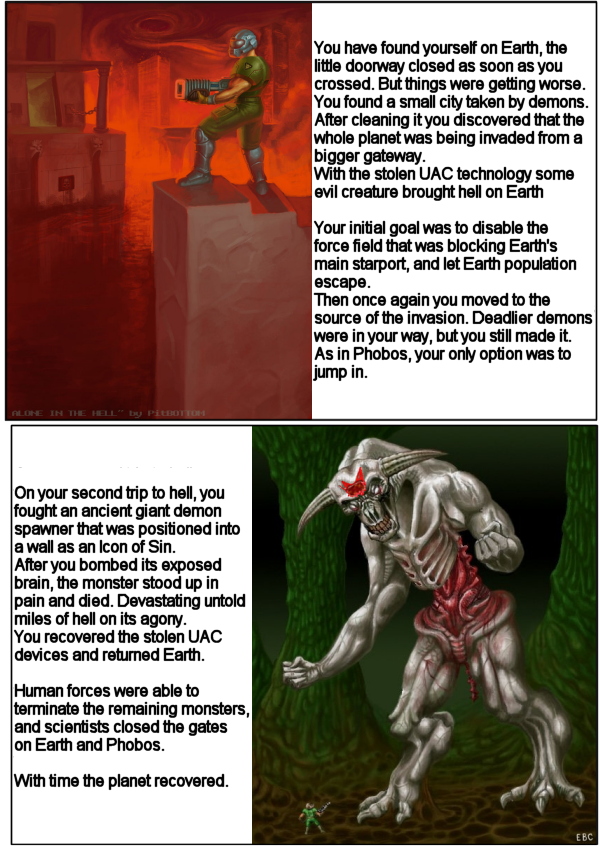 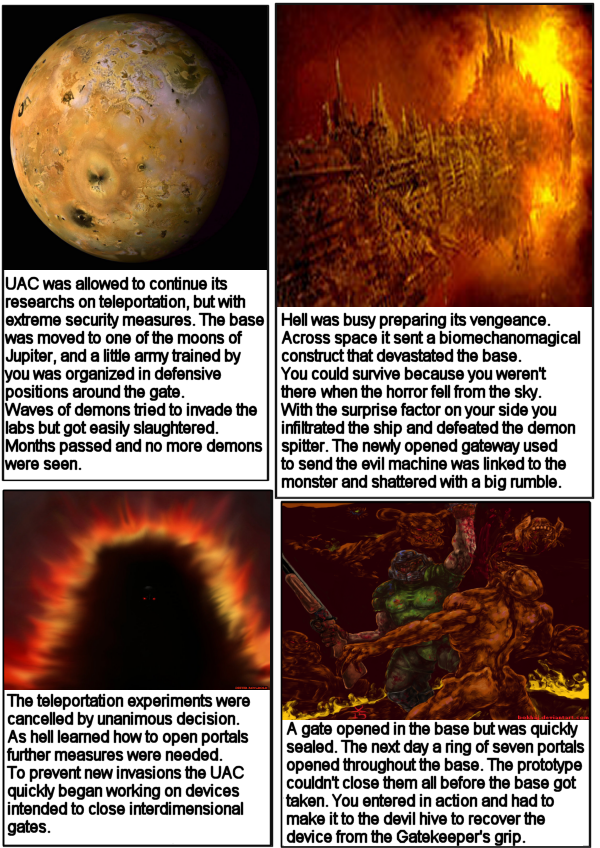 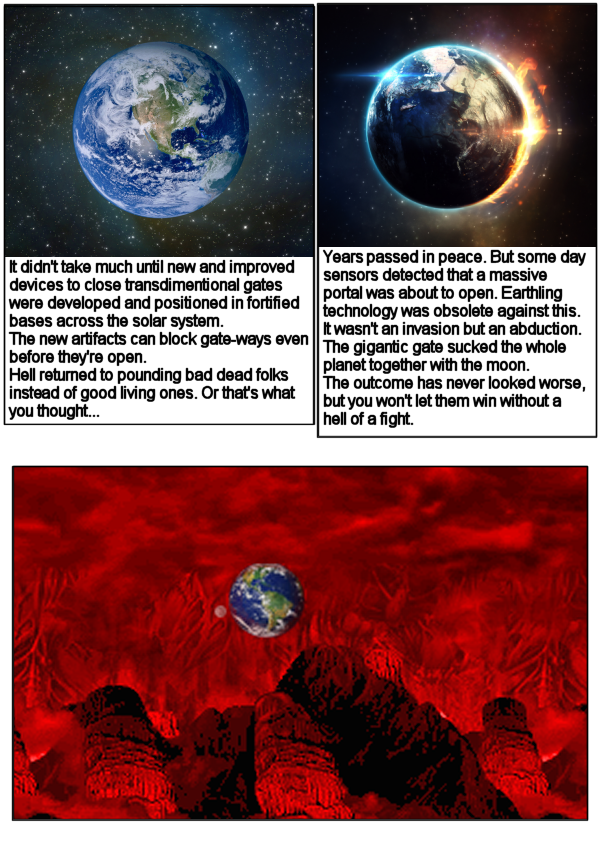 Screenshots
https://imgur.com/gallery/LgK90y5
Please note that some of them are outdated

Spoiler:
-Four new 17 maps episodes.
-There will be an extra deathmatch episode.
-New monsters, some from existing resources but with all new decorate, and some truly new (not shown on the screenshots).
-New weapons.
-New power-ups.
-All new skill 6 "Suicide Mission!". Like Nightmare but with sharper enemy AI and some extra effects. Designed mostly for coop/survival.
-Oldshool "YOU ARE HERE!" intermissions that show your progress through the episodes.
-New titlepic, m_doom, credit, help, endpics.
-Over 2000 compiled textures from "new texture thread", other sources, and a few new made by the team.
-Designed for zandronum compatibility.
-New music compiled from different sources, hopefully we avoided overused or easily recognizable material.
-Deathmatch support.
-Coop and skill settings

The monsters (some of them):

Spoiler:
-Former Human Lieutenant: SSG Zombie.
-Former Human Ranger: They belonged to a military elite.They retain their gun disarming skills and will make you taste your own medicine.

-Forgotten Souls: If you were curious about the zombiefication process these Lost Souls cousins will give you the answer if you let them get too close. Troll tip: If you want to ruin a coop game, let these kill you and enjoy how your zombified self unleash chaos,
-Nightmare Imp: Deadlier Imp variant.
-Nightmare Spectres: Deadlier Spectre variant.
+Tick: slippery spamming insectoid from hell.

-Krampus: Deadlier Mancubus variant.
-Wraith: After so many years dealing with teleports hell finally learned how to spawn teleporting demons.
+Bruisers: Vicious hell gunners that will avoid your attacks and chase you with a rain of red plasma balls.
+Vagary: Telekinetic female spider demon.
-Hunter: Powerful demons spawned with the sole purpose of hunting you. They can temporarily increment their strengths, turn invulnerable, and stop the time. Watch out, they are smarter than the average demon and will predict your moves while attacking you.
+Brain Commander: Hell was not idle. These monsters are the result of years of evolution in robotics and genetics. To neutralize them you can destroy the puppet or kill the puppeteer.

-Mini Icon of Sin: Positioning the Icons of Sin required centuries of work, so hell developed a more versatile way with the help of bio engineering. Don't let the word "mini" fool you, these are as powerful as the original thing, if not more.
-Warper: Reality warpers that mutate the environment into hell. They can also regenerate, and more. There's no demon as chaotic as this one.

+ Only found on second episode.

Spoiler:
-Grenade launcher: Deals the same damage as the rocket launcher but its projectiles bounce on walls, its explosions kick the target further than regular rockets. The set back is that it has a slower rate of fire.

-Minigun: A faster version of the chaingun. Its drawback is that it takes a moment to reach full speed, and is less precise.

-Tactical Sub Machine Gun: Multiuse hand gun designed to be used with any kind of ammo for a variety of effects and maximum amunition conservation.

-Gaus Rifle: The newest addition to the ground military weaponry. It fires an explosive plasma burst at light speed.

-Fire Axe: Designed for a variety of situations, the Fire axe is the best tool to show off your melee combat skills. You can either hit with it, or throw it at targets. Doesn't look too deadly until you pick up a Berserk pack.

Spoiler:
-The Artifact: These artifacts of hell were created combining necromancy and the hearts of Hunters. With these you can increment the damage you inflict, turn inmortal, or stop the time.

-Dark Claw: A nice piece of necromancy that always comes in handy. With this severed demon claw you can resurrect dead enemies and make your own undead army. Hurry up because once activated the power will not last long.

-Unmaker: Ancient weaponry from hell designed for wars between demons. It doesn't use ammo but be generous with the trigger because its power is time limited.

-Hell parasite: A symbiotic parasite that extracts life from victim and transfers part of it to the host (you). It doesn't matter how much you let it eat, the creature dies after a while.

-Demon armor: This piece of hell armament is very similar to that used by Revenants. It adds extra resistance to your armor and automatically shoot homing rockets to nearby targets. Once its out of ammo the cannons are dropped but you retain the aditional armor until it gets damaged.

Spoiler:
-Super Serum: This serum of the super human not only heals the user from any physical damage, but temporarily increments both running and punching speed. The effect is limited in time but combinable with the Berserk pack.

-Ammo Chest: The definitive source of ammunition. It contains enough ammo to replentish all your weapons but you can only discharge it once.

-Health Station: As a way to reduce staff UAC created easy to use Health stations.

-Hellish armor: Provides a boost to your armor, bigger than that of the Spiritual armor (Armor bonus).

Download link:
Demo was removed, the new release will be the whole thing. Expect it in 2021.


Spoiler:
NOTE:
This mod is designed for Zandronum with doom2.wad as iwad (it will have problems with plutonia.wad or tnt.wad).

If you find it too dark, try "standard" sector light mode, and fog mode off.
Happy demon hunting. If When you find bugs please post them here.
Last edited by Vegeta(dw) on Mon Aug 08, 2022 10:47 am, edited 46 times in total.
Top

I am looking forward to this one. Best of luck on your project.

Thanks a lot, I missed the DOOM 2 part of the story, now it's there.
Top

This interest me
Top

Looks promising! Should it be "Earth in Hell", though?
Top

Damn I'm hyped ! It's a fanmade sequel but it sure as hell doesn't feel like it. All these new monsters feel interesting, especially the Hunter and the Warper (the idea of Hell engineering demons just to kill Doomguy is badass like "Fuck, if he messes with our plan, we'll fail again, we need a DoomKiller"

JohnnyTheWolf wrote:Looks promising! Should it be "Earth in Hell", though?

I'm referring to it as Doom III (the way it should have been).

As it is, chronologically Final DooM is DooM 3 (Making the actual DooM 3 DooM 4, and the new DooM DooM 5... MY HEAD) that just a couple of infamous modding teams threw their PWADs on a disc and had id sell it.

This is indeed interesting
Top

It truly is. I must say that a mod that takes place after DooM II, but before DooM 3 (?) is a big gap filler.
Top

SoulCircle wrote:It truly is. I must say that a mod that takes place after DooM II, but before DooM 3 (?) is a big gap filler.

Well, Doom II and Doom 3 aren't in the same timeline, so I don't really think we can compare them timewise

Even NuDoom is yet another timeline !
Top
91 posts