Please don't put requests here! They have their own forum --> here. Thank you!
35 posts

(Almost) Everything that I've messed up with, it'll be in here. Don't be surprised if I post a few things here and there in the forums and you don't see 'em here, since I want this space to have only finished stuff that I feel I can't polish anymore (however, feel free to make changes in whenever you may want, but keep in mind that credits are not only appreciated but encouraged.)

Expect this place to be poor in content for now. Also don't be surprised if I happen to miss some credits in a couple of things because no matter how much I put effort in preventing it, I keep forgetting about things relentlessly

. Feel free to bash me and point it out if I happen to miss anything no matter how small it is, and I'll change it in a sec.

Extremely weak, still doesn't know how to float and move around properly (it's a baby Caco, duh). Expect to blow him down in one SSG shot.

Stats are the same ones that osjclatchford suggested, I wasn't expecting it to post this little cutie before including it first on a personal project, but eh, things worked out in different ways so I took a plan B.

If you happen to like Splatterhouse (and why wouldn't you? It's a fine ass game!), you just can't miss these. These monstrosities are quite unique, not only because of their looks, but you just wait and see when you kill one of them and one of their comrades passes by...However, don't alarm since every once in a while they don't have enough luck to give an oozed hand to their fallen comrades. You better think twice when you encounter a group of these baddies in a closed area.

(By the way, each colored version includes an alternate "dormant" version for more variety)

Even before making an account in the forums, I had bookmarked these baddies that were done by Globe more than a year ago, and now that I have enough tools in my hands I could finally make them real. When I was preparing this monster I noticed that the sprites weren't done using the Doom palette in mind, therefore I took the time to make both truecolor and Doom-palette versions of the monsters, while respecting the good effort that Globe put into these dudes, so feel free to use whatever you may like more.

If you happen to like revenants (heh) you'll absolutely love these! Those who have played id's mobile game Doom RPG will surely remember these fellas, but this time they aren't as weak as their handheld counterparts.

First of all, the Fiends have received an upgrade in the form of two cylinders in their backs with a rather mysterious blue liquid which somehow grant 'em the power to shoot the cacodemon's fireballs in rocket form!

Secondly, the Ghouls (not to be confused with the vocally emotive flying heads) have been submerged in a lugubrous pool filled with nothing but the blood of fallen Barons of Hell, which after a long ritual emerge from the depths of it revitalized and filled with the unstoppable need of taking revenge of those who defeated them in the past.

One of my long-term goals when it comes to Doom modding is the materialization of a PC port of the first Doom RPG game, and what a better start than creating two revenant variants which were quite required for the community in general. Before these, only the Vore existed as an alternative for an enemy with homing/tracing projectiles, and I guess we all are familiarized with her already

, so feel free to give her a rest and try these instead.

A not-so distant relative of the Hell Warrior, the Black Panther is known for being one of the noblest servants of Hell's cause, but kept its own distance from any conflict, until now.

Yesss, I know, yet another baron reskin, but I'll be honest, as soon as I saw the chance, I just couldn't let it pass. If you want to give more variety to your WAD, feel free to use this fella, he's as strong as a regular Hell Knight.

A revenant. Packed with a Jetpack. And he's pissed off. Run.

What was arguably the most talked thing after the Doom reveal at Quakecon, done for the ZDoom engine a day later. I just couldn't let the chance pass me by. Jetpacks with Revenants are next on my list.

-Empty (for the moment)-

-Empty (for the moment)-

ParanoiaScape is a Pinball game for the PlayStation, exclusively released in Japan in 1998, published by Mathilda (probably a one-time studio) and developed by Joji Tani (Screaming Mad George) also known for his work in Predator, Jack Frost and Nightmare on Elm Street 4. 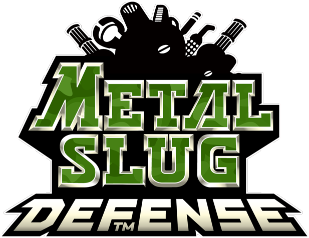 [Partial rip; HUD sprites and menu graphics (If you happen to be looking for a full rip, perhaps you should take a look at The Spriters Resource).]

And like I said, feel free to do whatever you want with this, if you include it in anything I would thank if you let me know about it, and don't forget that credits are not only appreciated, but encouraged.

Disclaimer: If you've downloaded any stuff of this post from another place, you've most likely got delicious malicious code

or someone forgot to ask me about rehosting my works!

. Either way, be sure to do a double-check or compare the content of both sources.

oh yeah, i found it! get a friend with searcher!
Top

so someone did do it in the end! he's still far too bubba and cute to kill imho though...
Top

Bump, Swamp Zombies added. Thanks to Globe for spriting them, we need more Splatterhouse-based monsters in Doom, y'all!
Top

adding a red eyes and again, add a bright swamp green blood's gonna much looks like a splatter house based monsters. well, just sayin' but that's going to me more scarier then biggy man.

and uhh, making of biggy man is not going to be pretty easier.
Top

DEFINITELY going to use these!!!!

If you permit me i want to use theses zombie's sprite.
Top

If you permit me i want to use theses zombie's sprite.

Read up. They're by Globe.
Top

Awesome stuff, you should submit this to the Realm667 repo

I might see if I can rustle up something for one of those Swamp Zombies. That red one gives me ideas.

Tormentor667 wrote:Awesome stuff, you should submit this to the Realm667 repo

Thanks for the suggestion, but I might prefer to submit something which I've actually made rather than someone else's work; however, I'm not sure about what's the opinion of the rest of the guys around here regarding these two monsters, so if you guys think these are actually worthy of being suggested in the realm667 repo', I can change my opinion.
Top

So I played around with the Red Swamp Zombie and I think I made something nice. I don't play around with DECORATE much, so let me know if there's any hiccups. Warp to Doom 2 MAP25 to see it in action.

I may be using the green swamp zombie in my own project, because it is awesome and can totally fit in there somewhere. If I can manage to adjust the color to something sand-like, I'll definitely be able to fit in in the first few levels I've got planned. Will totally credit you for it, obviously. Great work!
Top
35 posts