Projects that have specifically been abandoned or considered "dead" get moved here, so people will quit bumping them. If your project has wound up here and it should not be, contact a moderator to have it moved back to the land of the living.
57 posts

Hi, here's a little showcase of what I've been working for the last time.
Plans are to make this a story driven RPG with partly open world, lots of NPCs and stuff.
The setting is based on original czech RPG world Asterion with some quite original things. Setting will not be a pure fantasy, but I want to make somehting like Strife did (fantasy with sci-fi things).

For now, I want to make smaller and more detailed maps.


what has to be done:
- lots of things

Here are the screens from WIP map3 - City of Erin, also known as City of islands. The city's been established by the colonists on great number of islands. It's one of miracles of the world of Asterion. 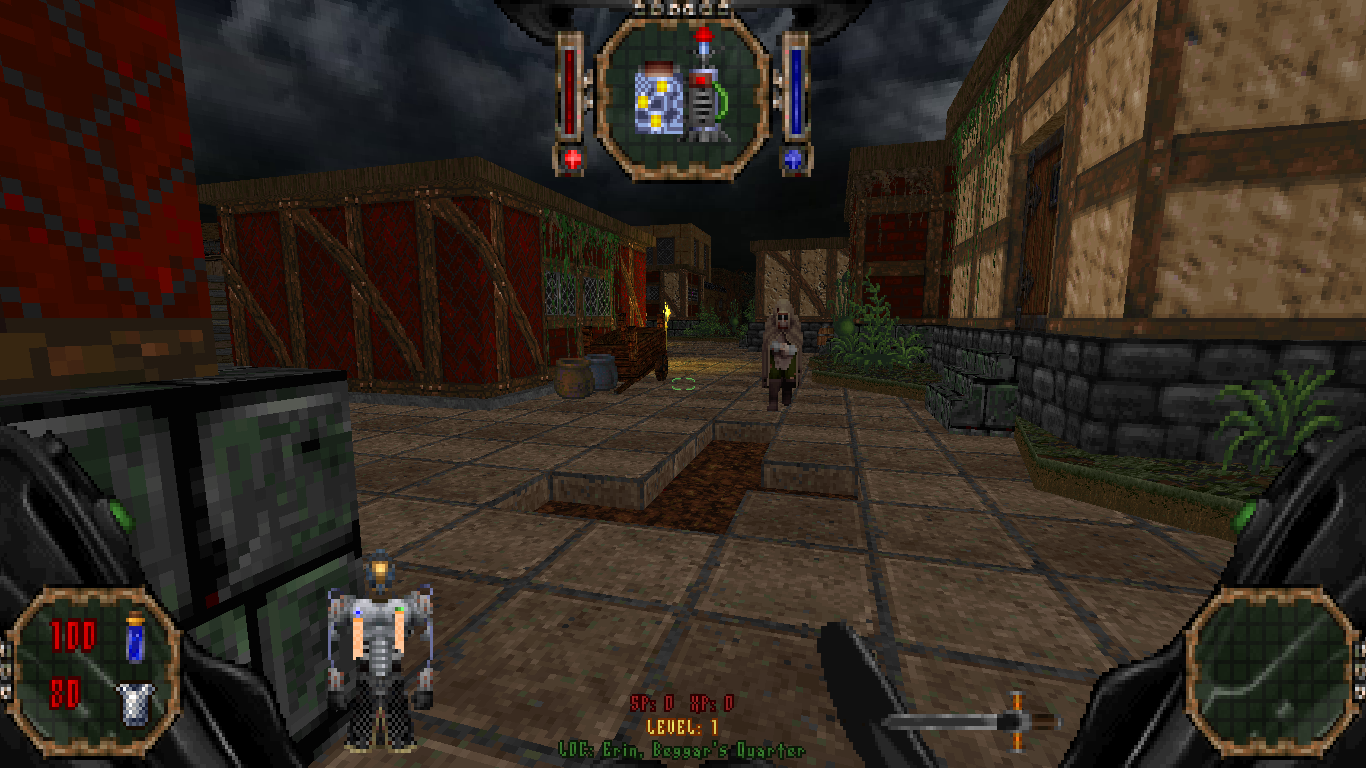 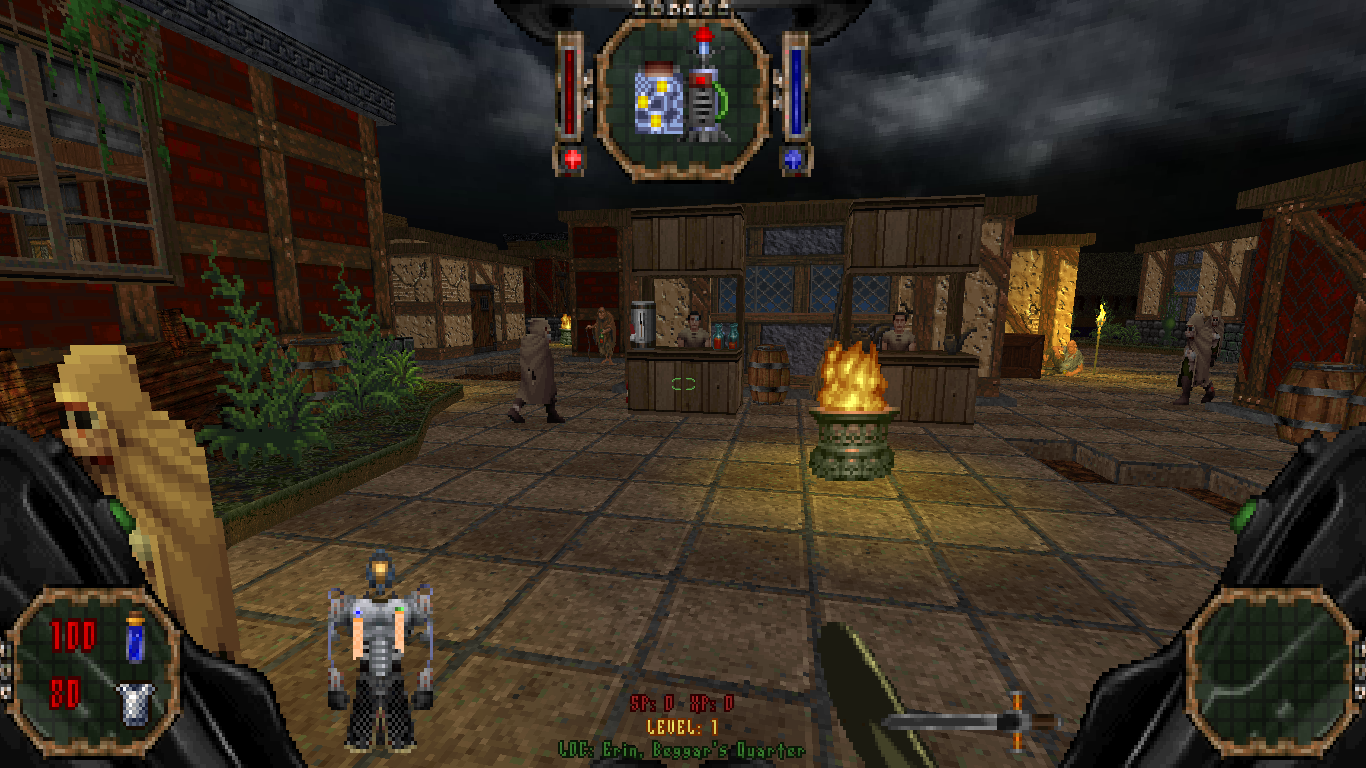 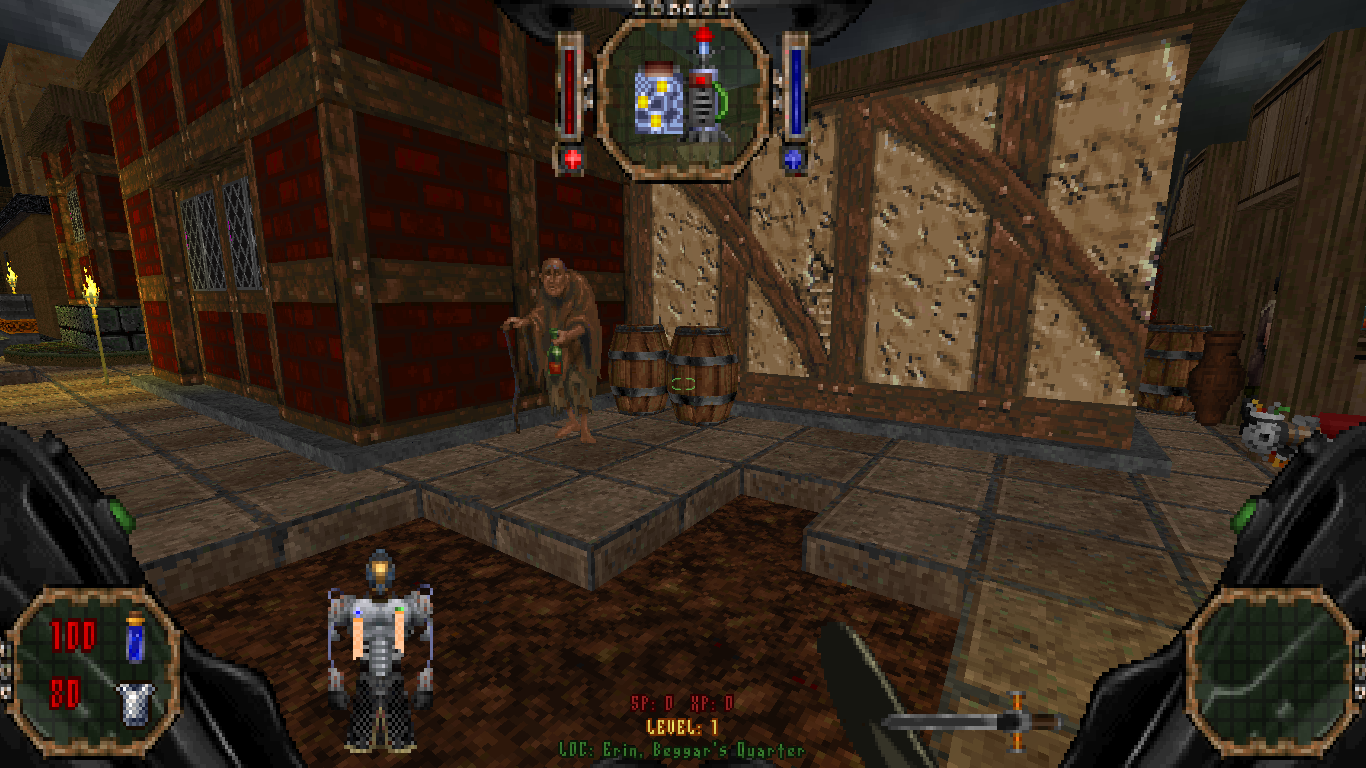 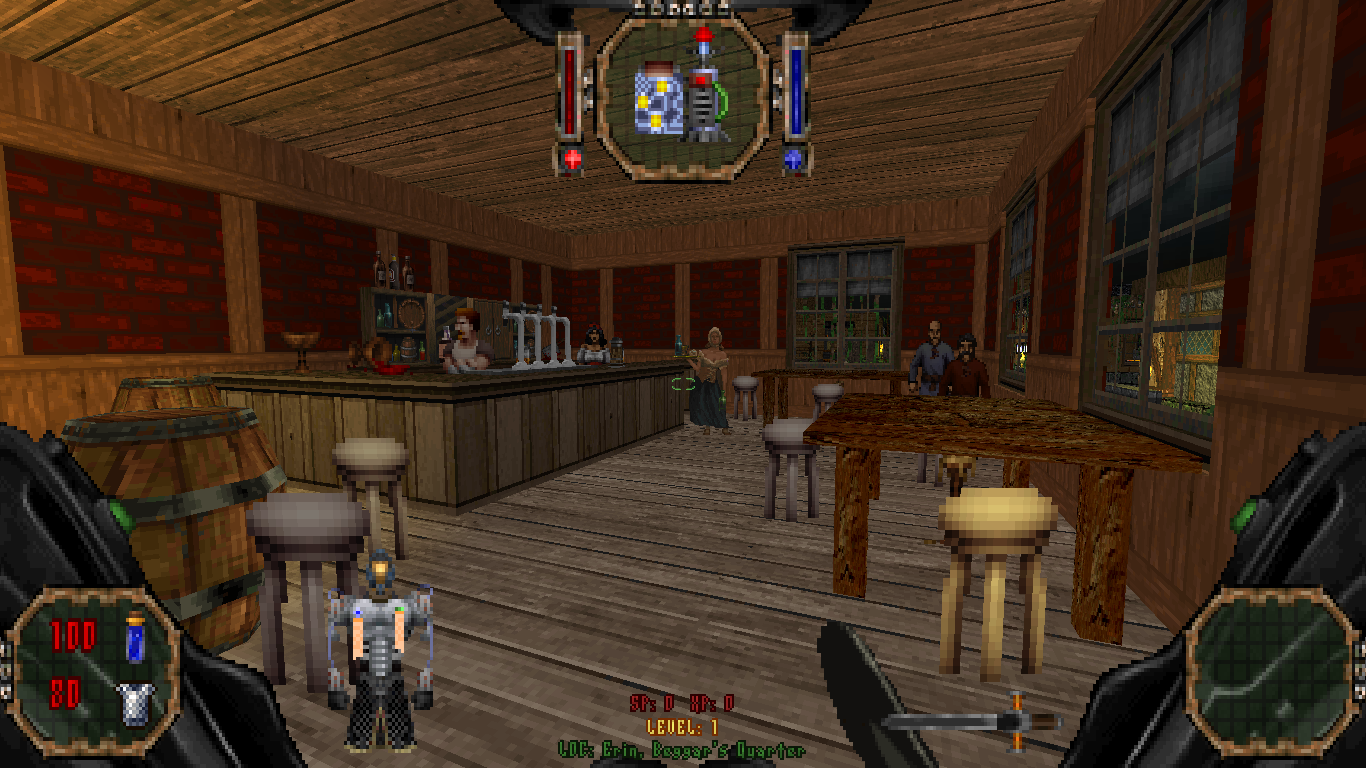 The Temple of the Seventeen 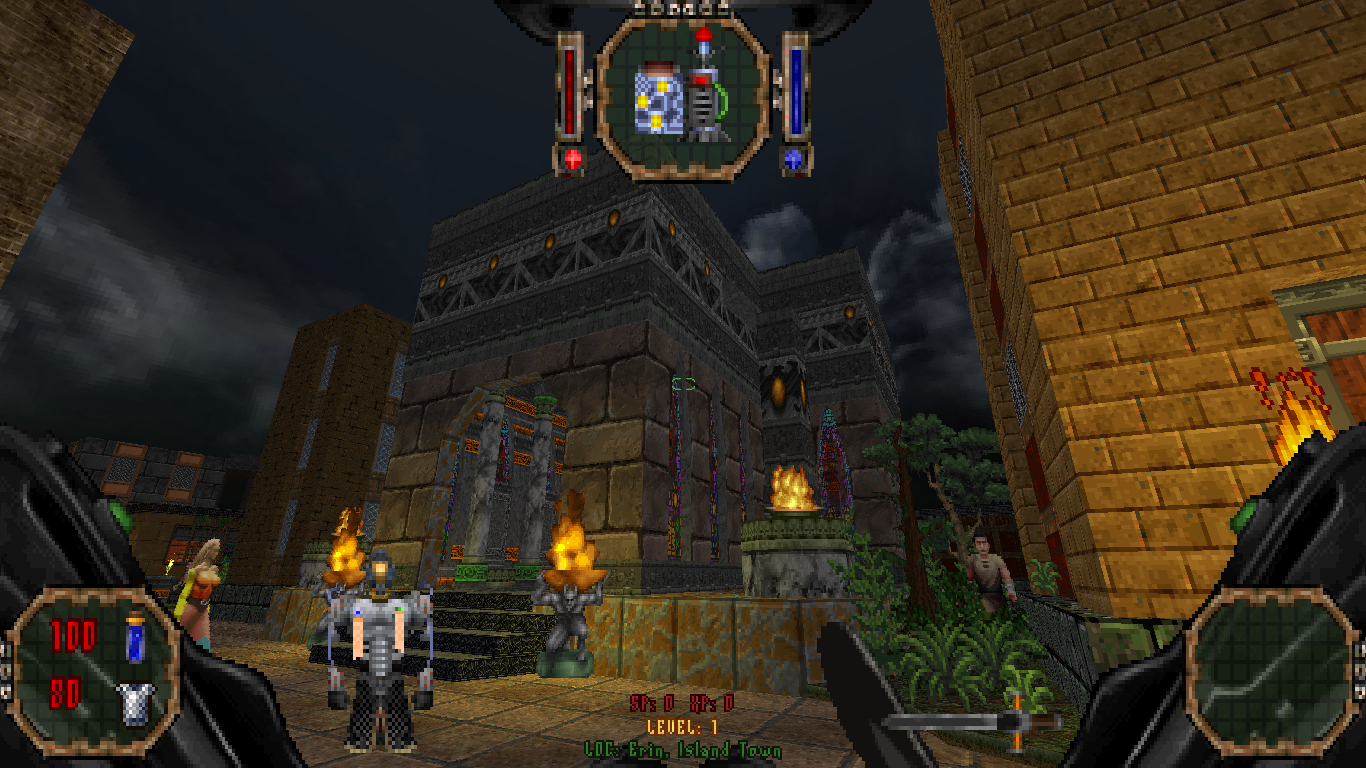 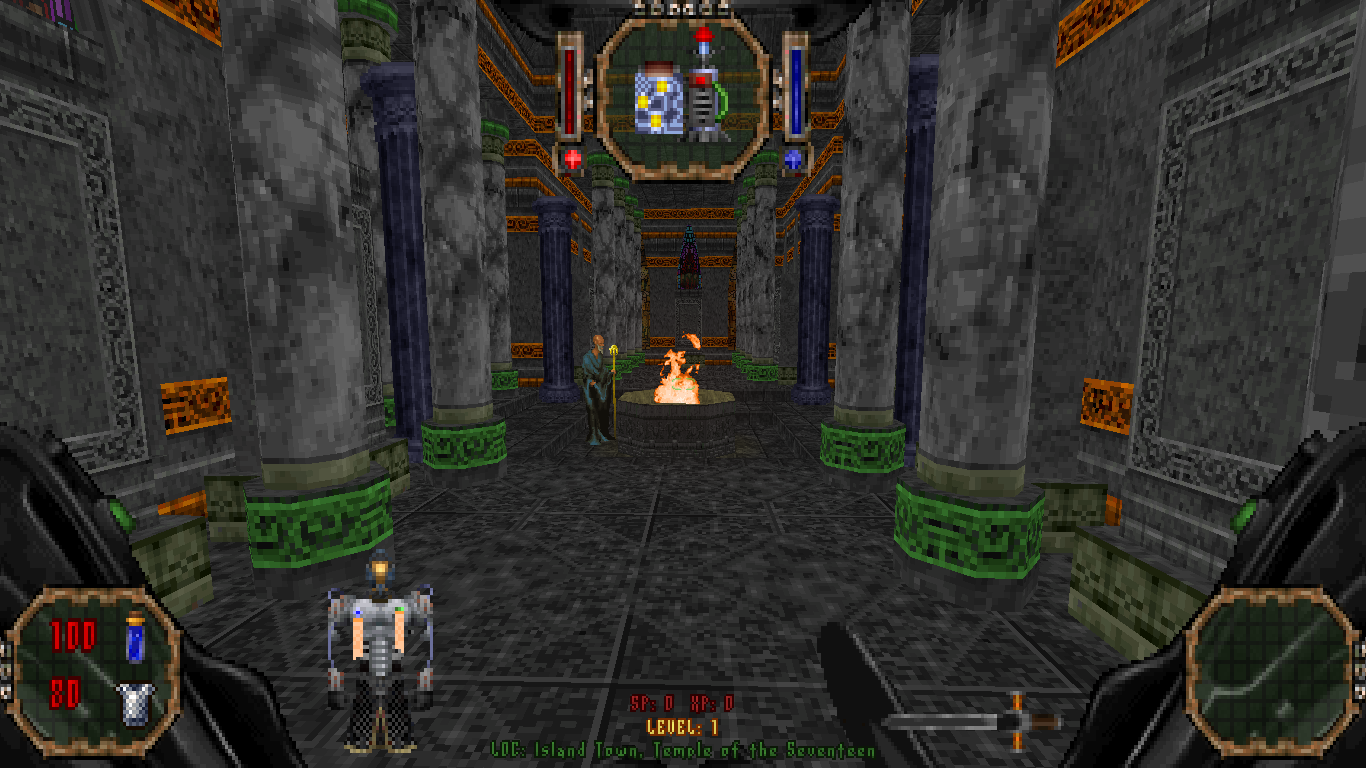 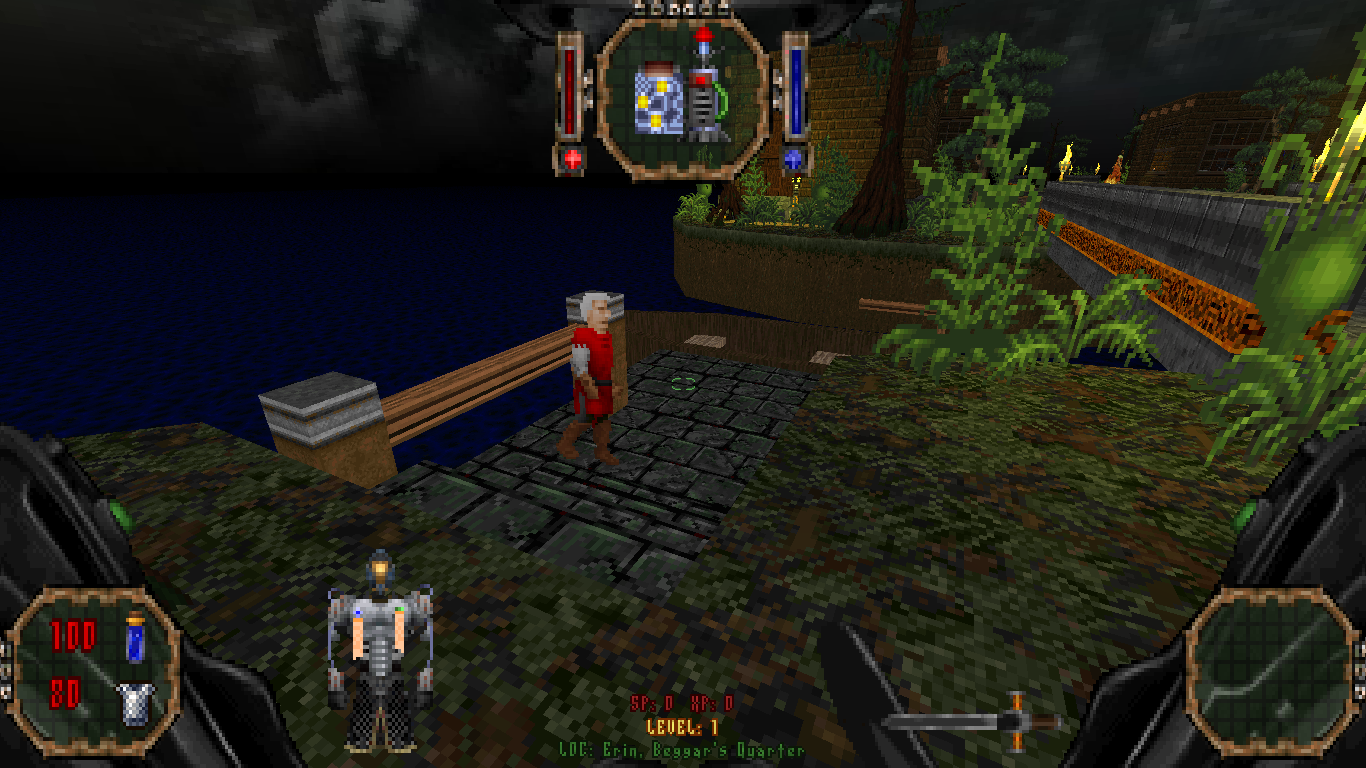 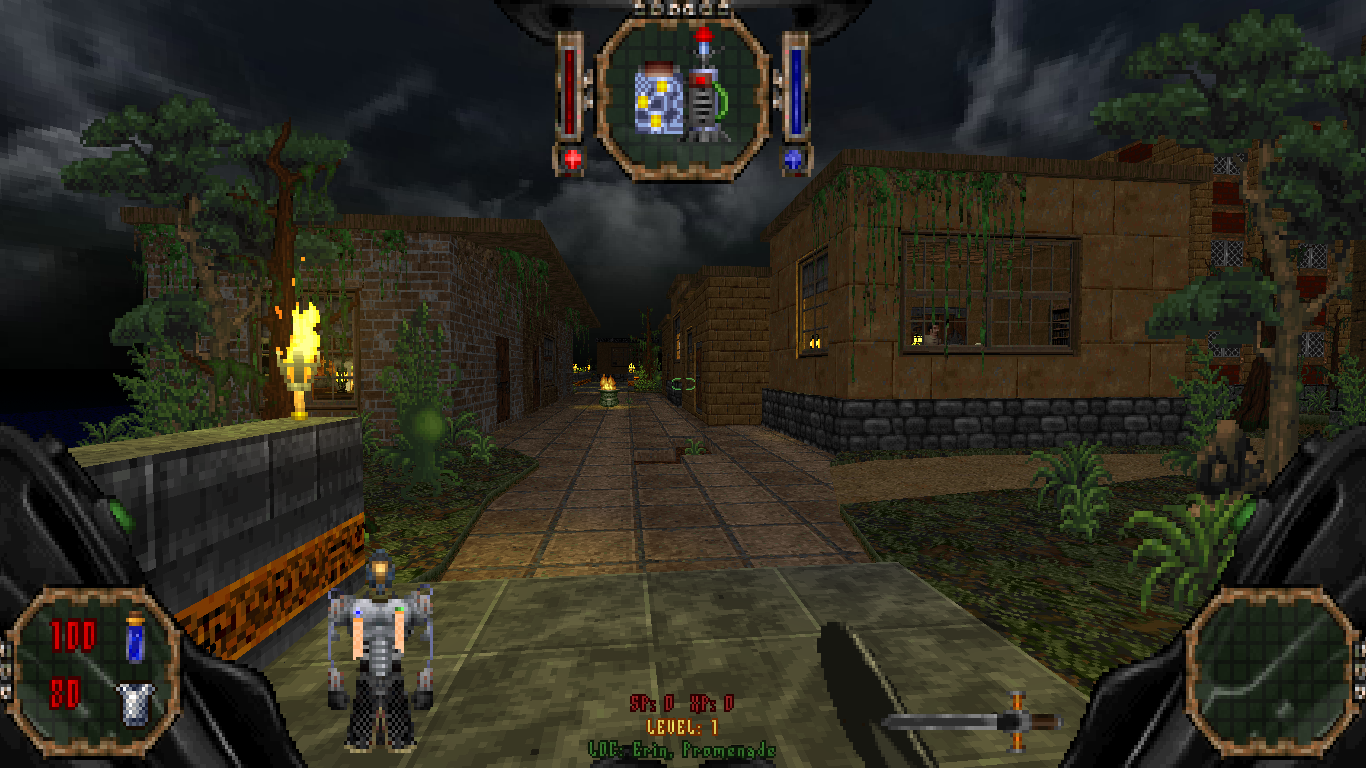 One of local butchers in his shop 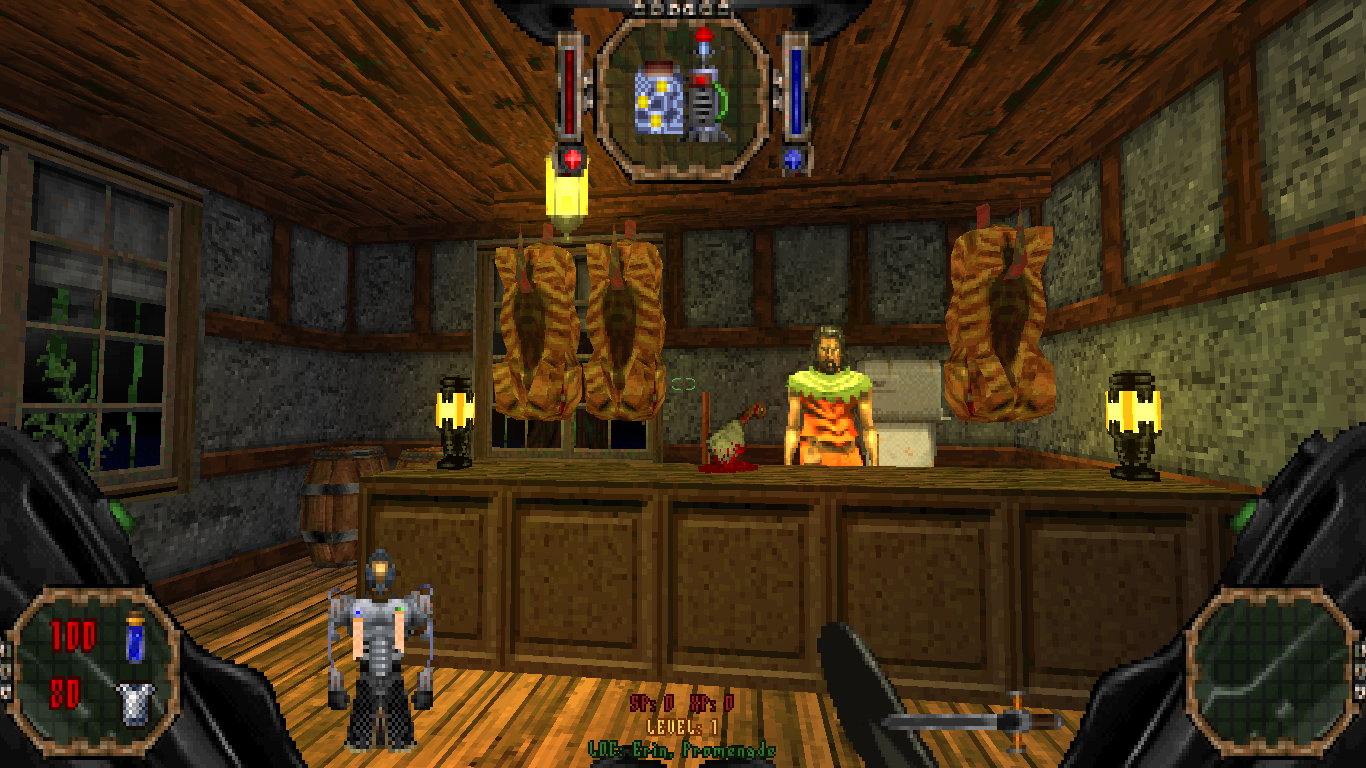 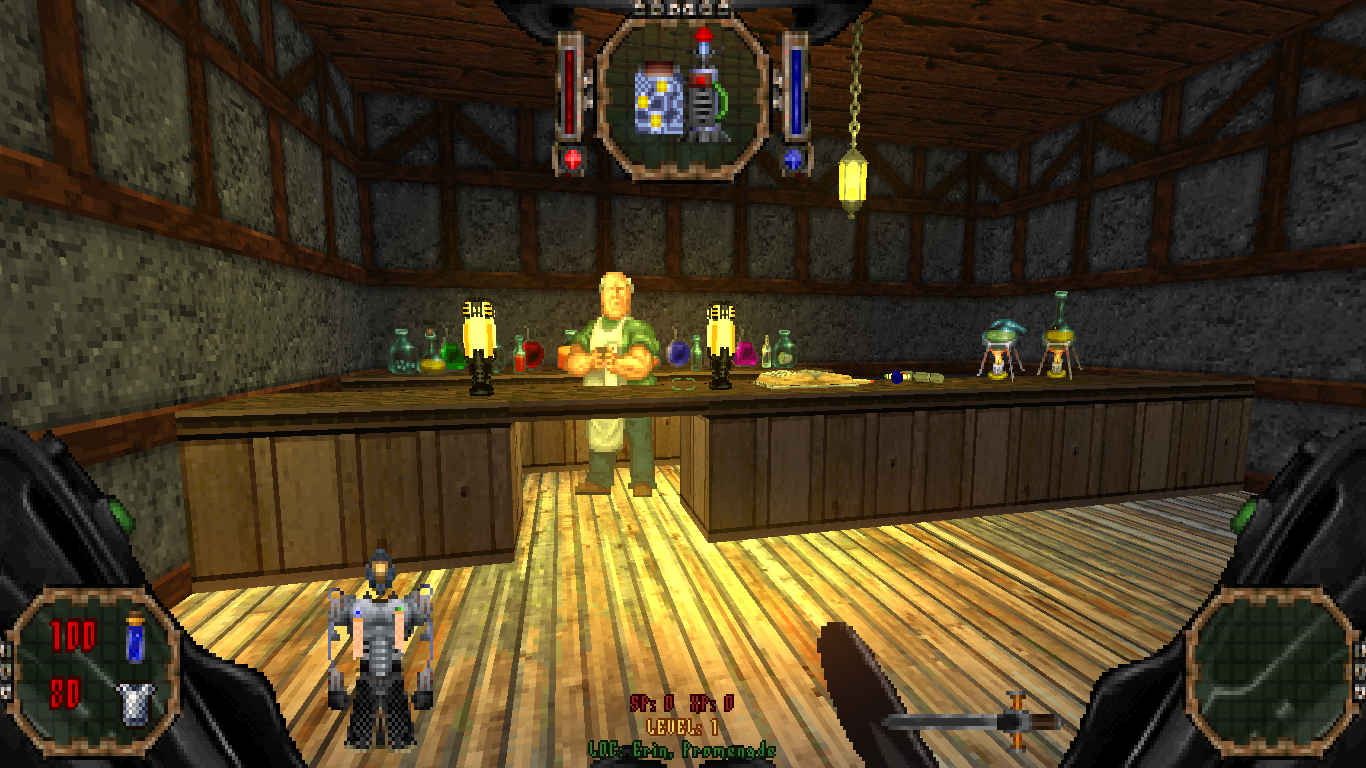 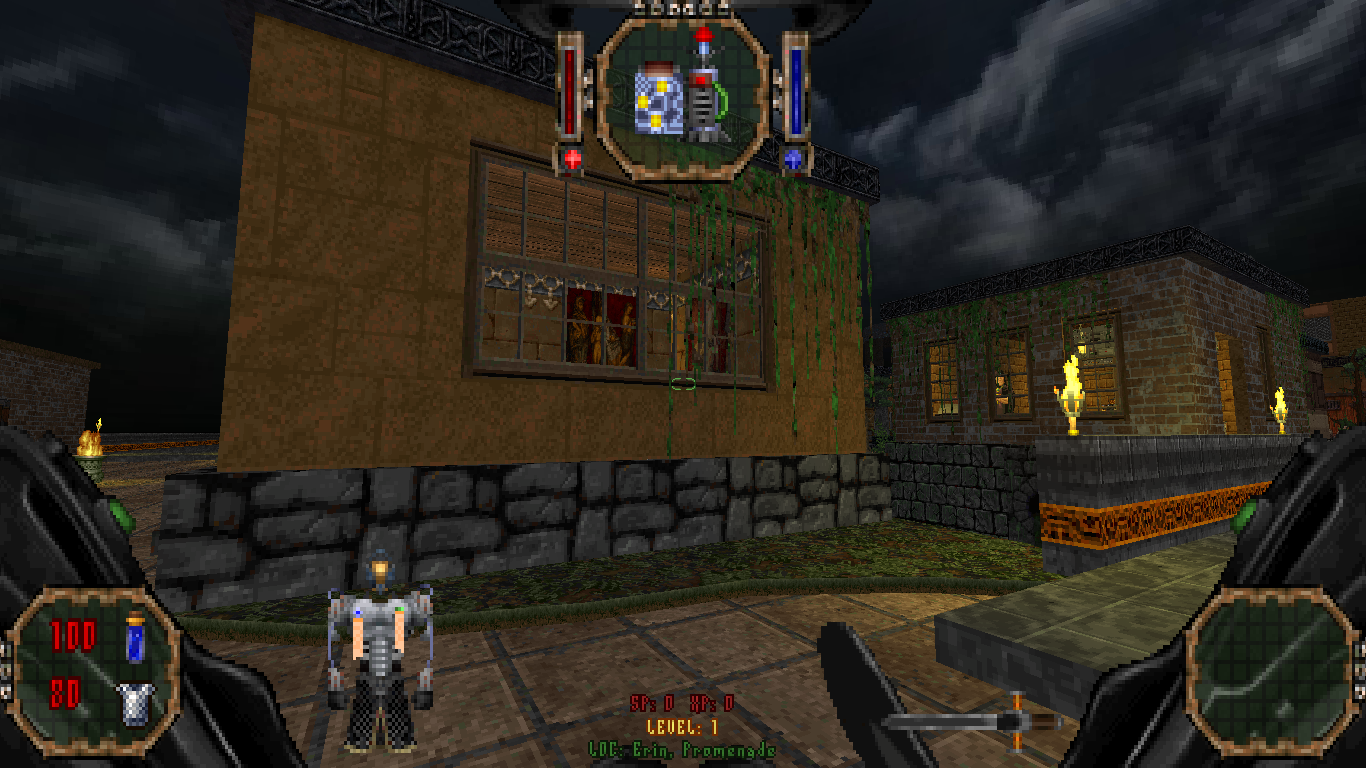 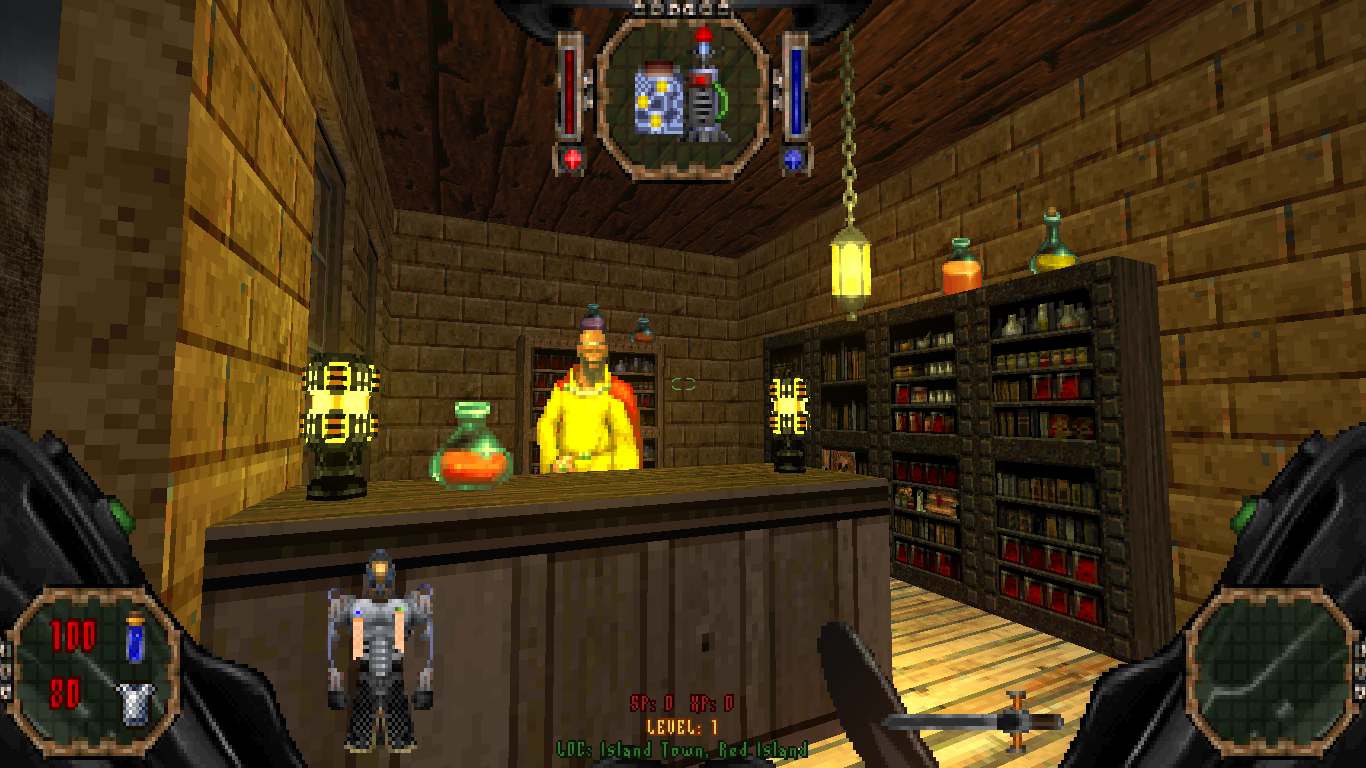 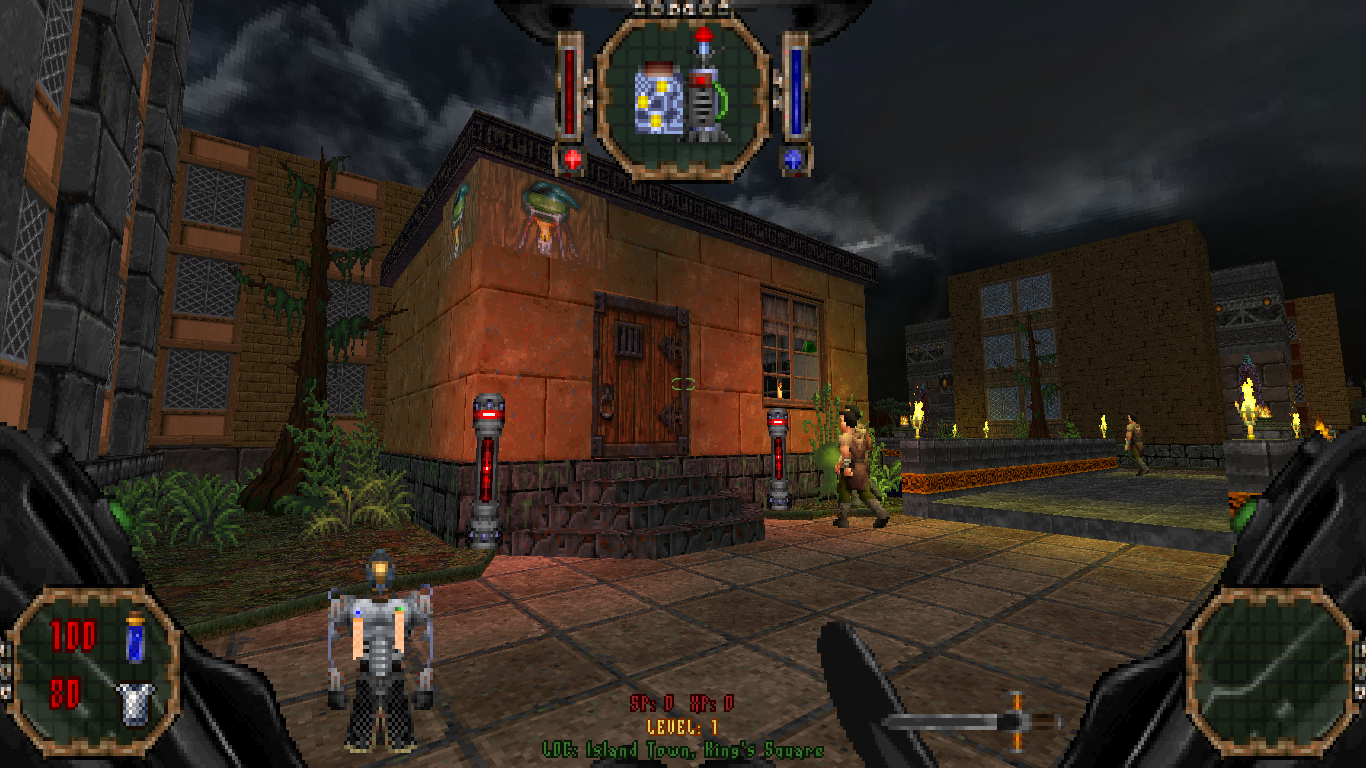 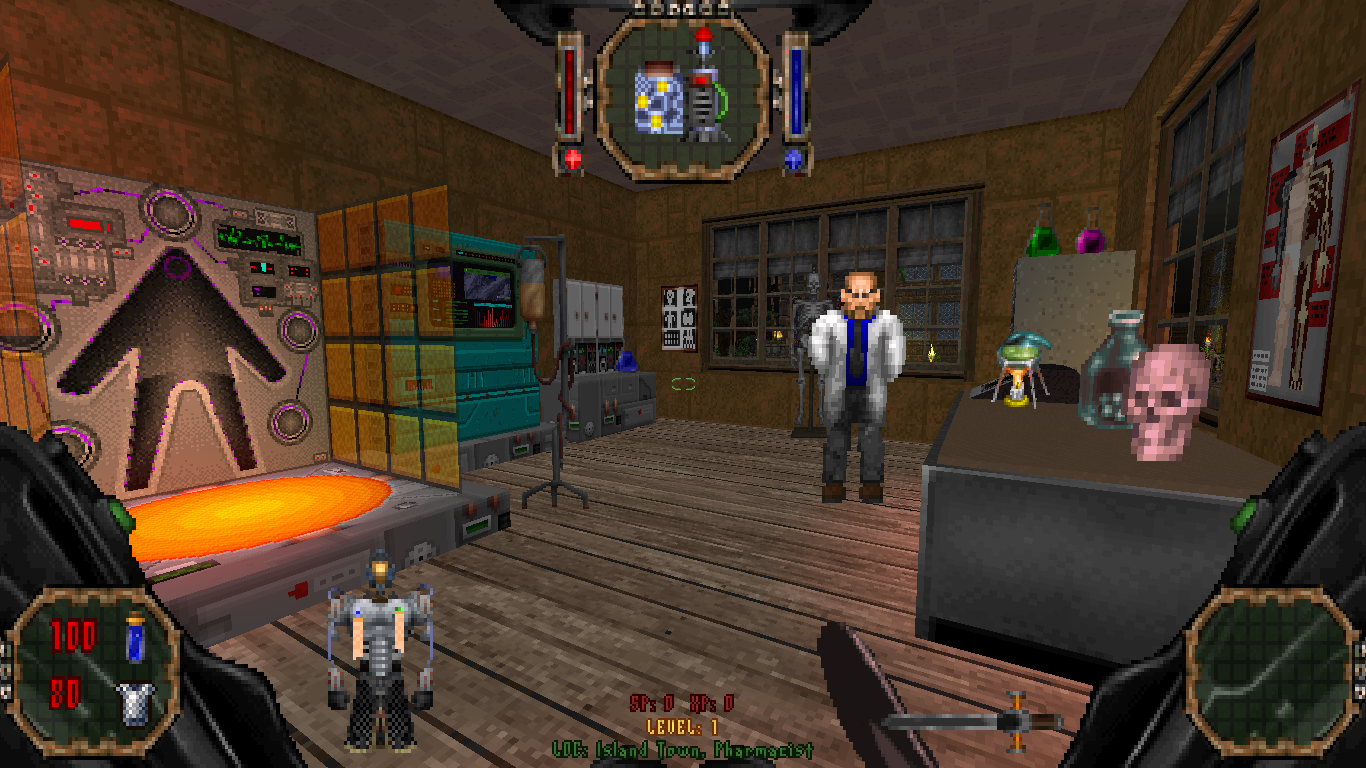 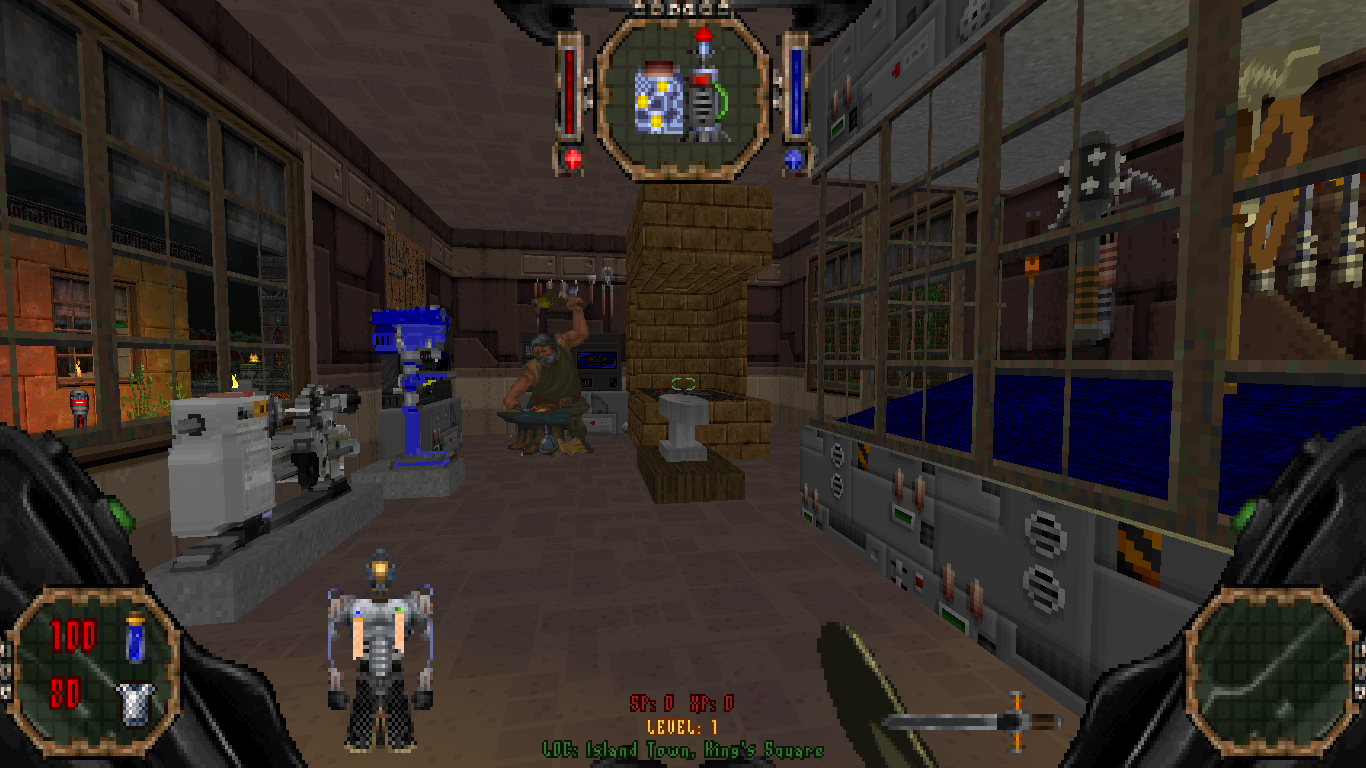 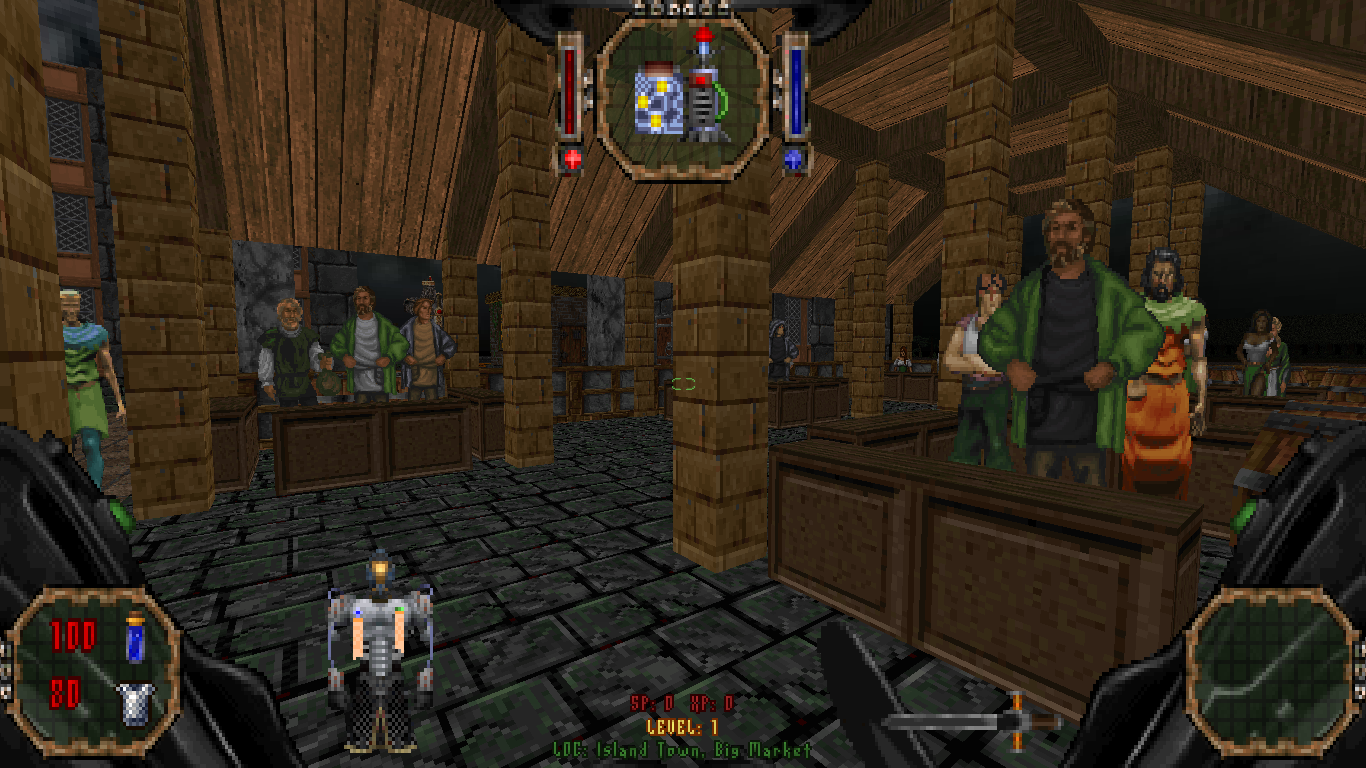 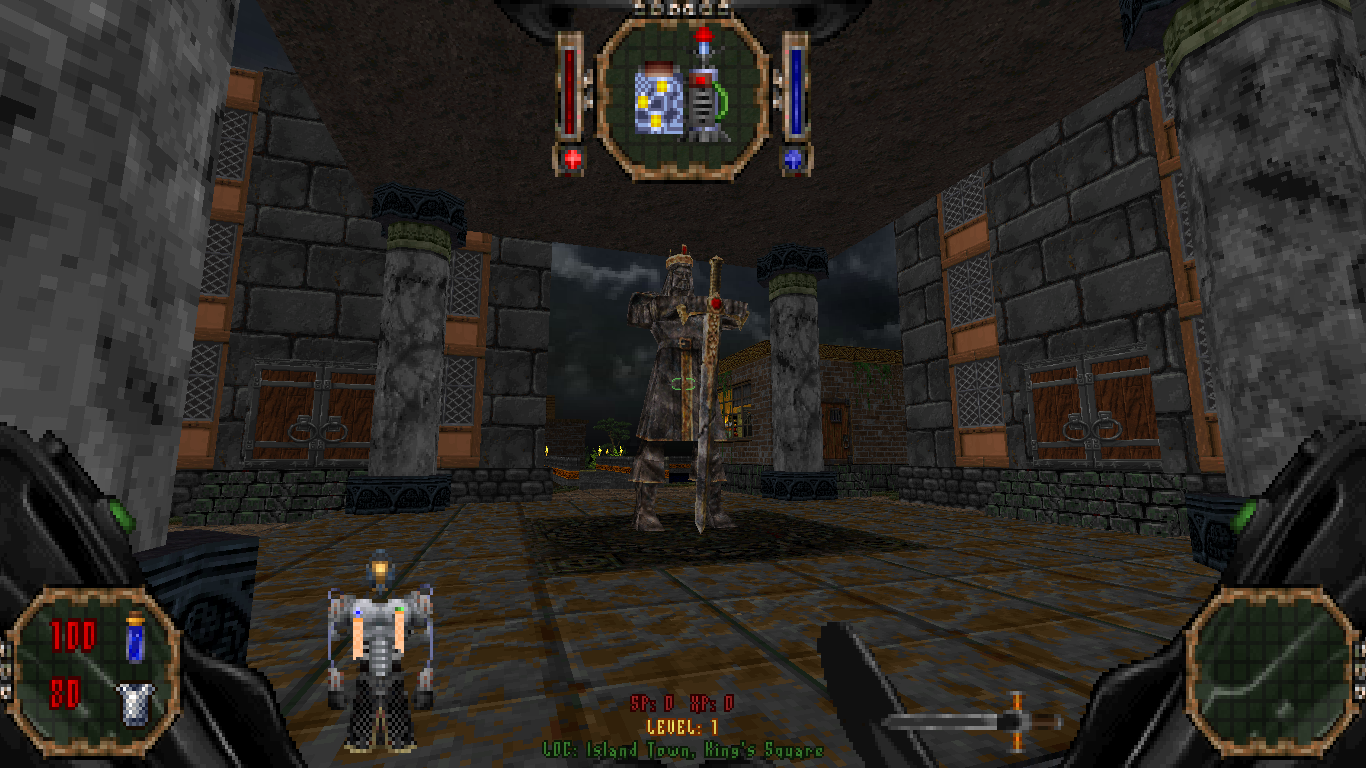 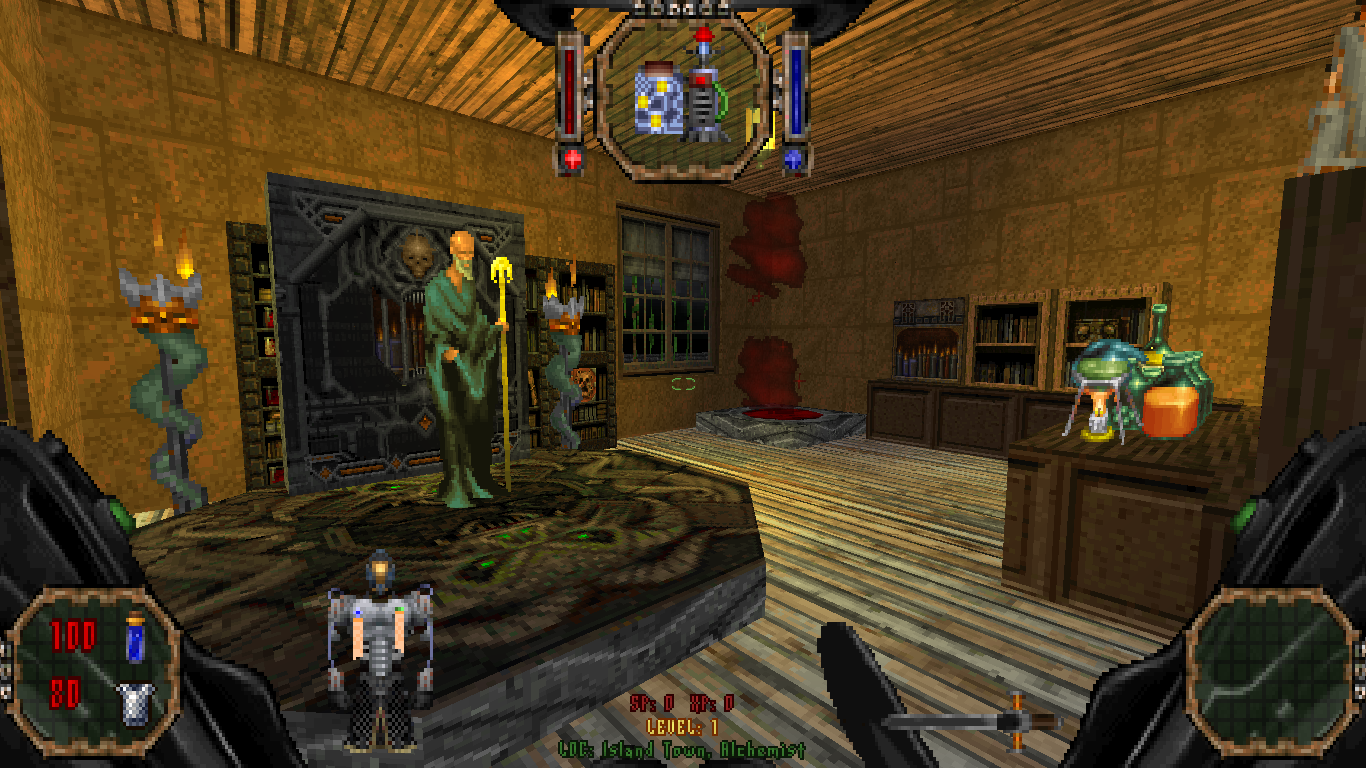 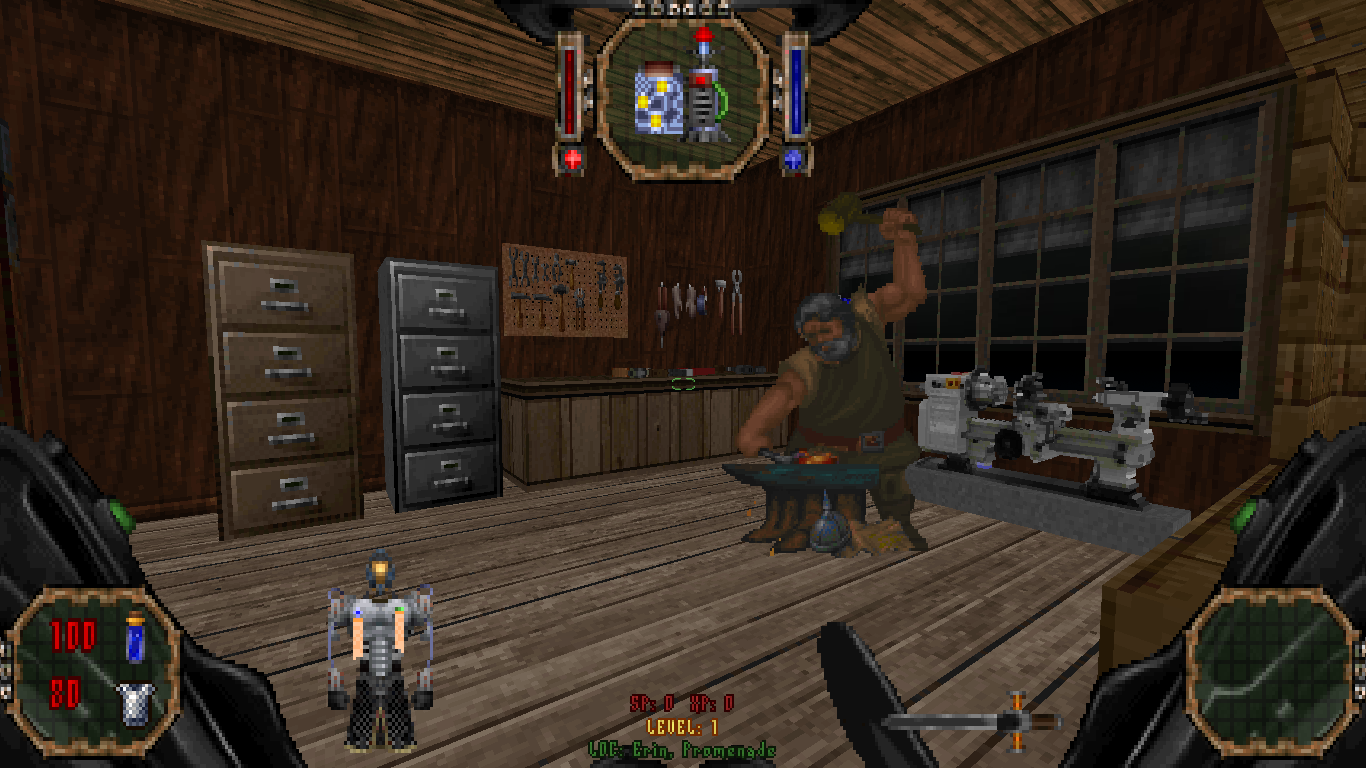 overlook of the yet finished city 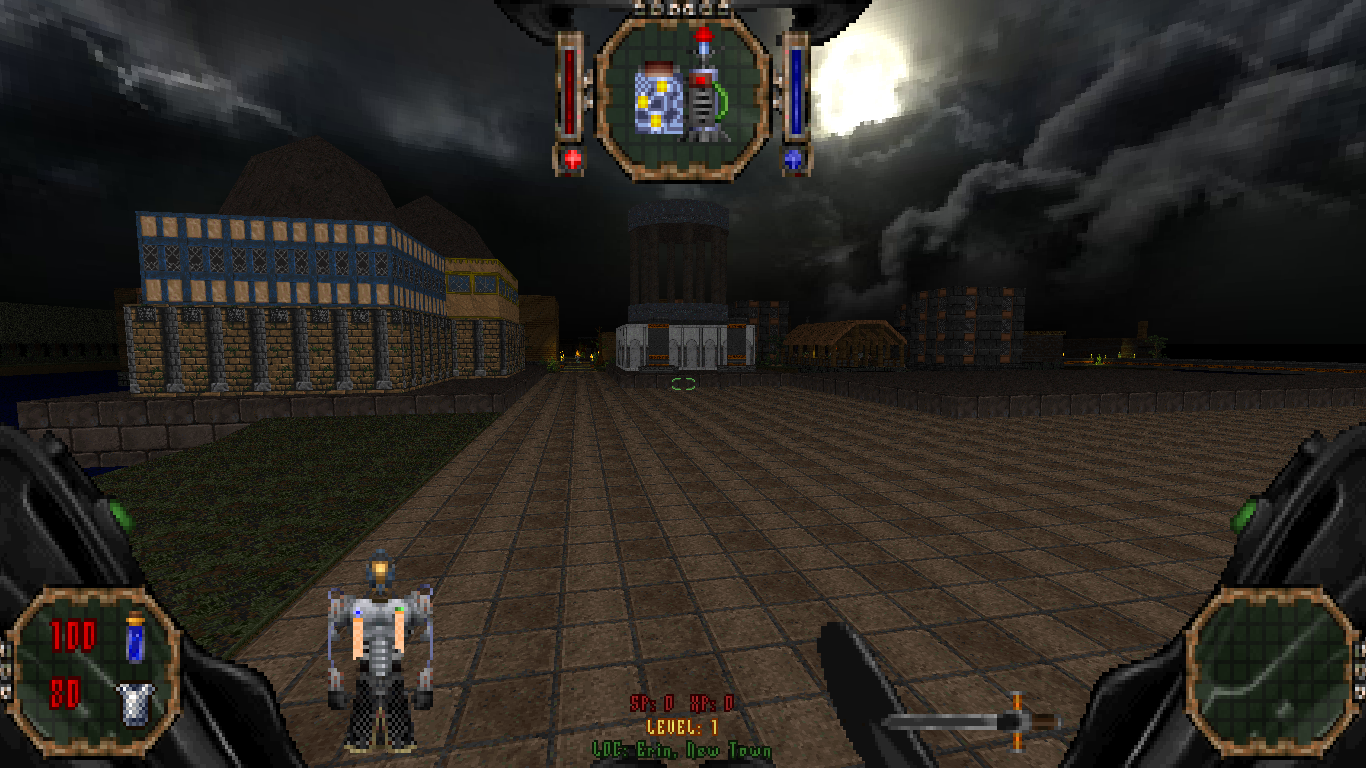 and a dead man's end! 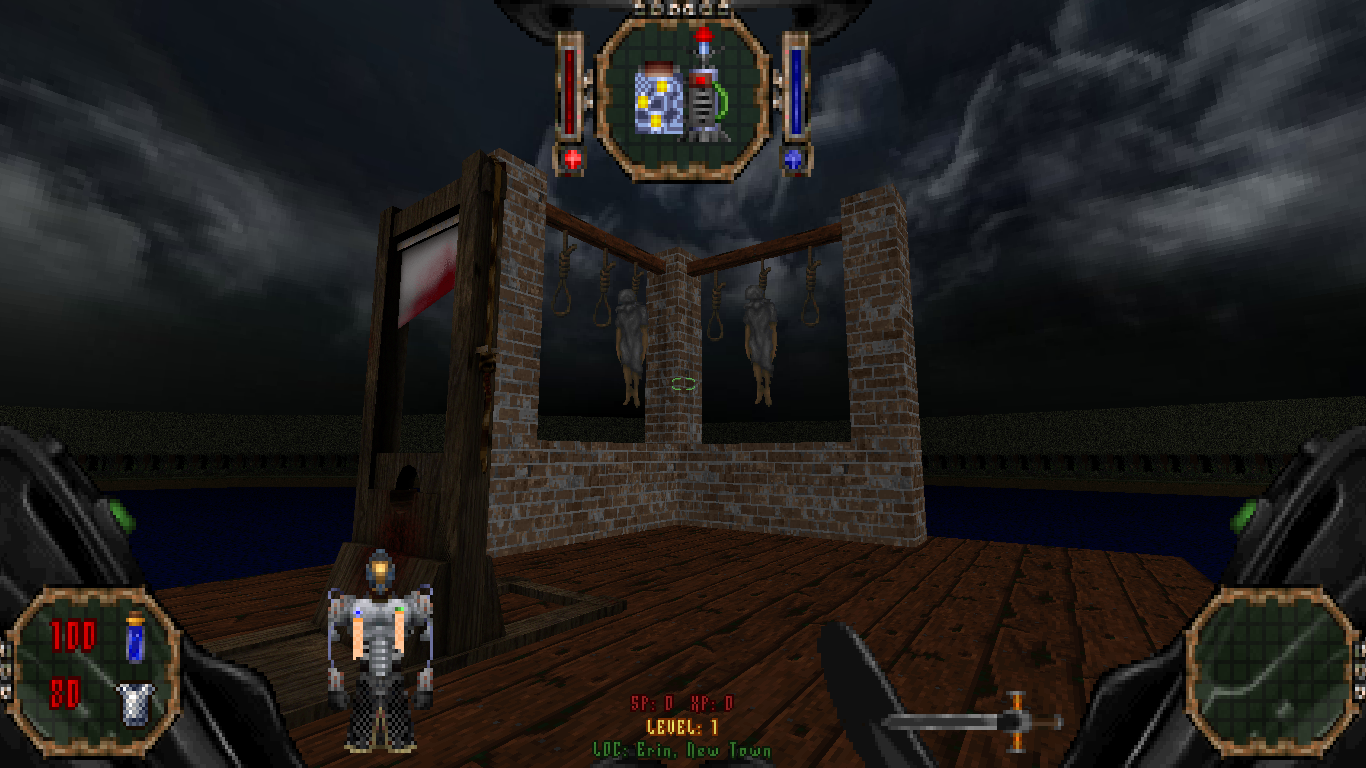 Wow! This looks neat, I like the blend of strife and heretic which gives It a unique look. I also like all the 3-d voxel models too!

Can't wait to hear more about It.
Top

"Hmm, this looks cool. Kinda like Hexen meets Strife... nice textures there... ohh 3d meat decorations, neat..... wait. Is that a scientist??? And the blacksmith has a lathe?!?!?!"

Real interested in what you're doing here. Would be cool to have swords meets firearms, if that's where you are headed.
Top

Yes, that blacksimth has a lathe (taken from daggerfall - daggerfall has insane amount of sprites) and I'm already preparing second scientist (the scientist sprite is little bit special, since it has rotations).
Top

This is look nice bro!)
I love strife theme and quests
Top

Noticed that you have used some 3d models which I have managed to rip from Hexen 2, such as the wooden cart, wooden barrels or King's Statue

This looks promising, just don't forget to give proper credits once you'll done with it (not necessarily needed but I like them

Hi ozy...Well, these models are not from you. While I was looking for models, I ripped them myself.
Top

And here we go, a little update

As I said, this project will has some RPg flavour included.
And with RPG comes stats. RPG games have some kind of menu, so player can raise his stats, once he has free points. gzDoom engine lacks any kind of this system. So I had to either create a (probably) ACS menu system, or find other way, how to allow player to raise his stats. And so I found other way. And as I realized, it pretty similar to what Inquisitor III has shown. So no, I have not copied the system used in the InqIII, I just developed something similar

So, player has a special room, where he can raise his stats. Screenshots will say more. Player will have special inventory item to return to this place, from anywhere (teleports and custom teleportDests are great thing


Spoiler:
Player will start in this special location. The computer upfront will be used to generate the basic stats (using d6 roll). The beggar to the right is 'The Guide' 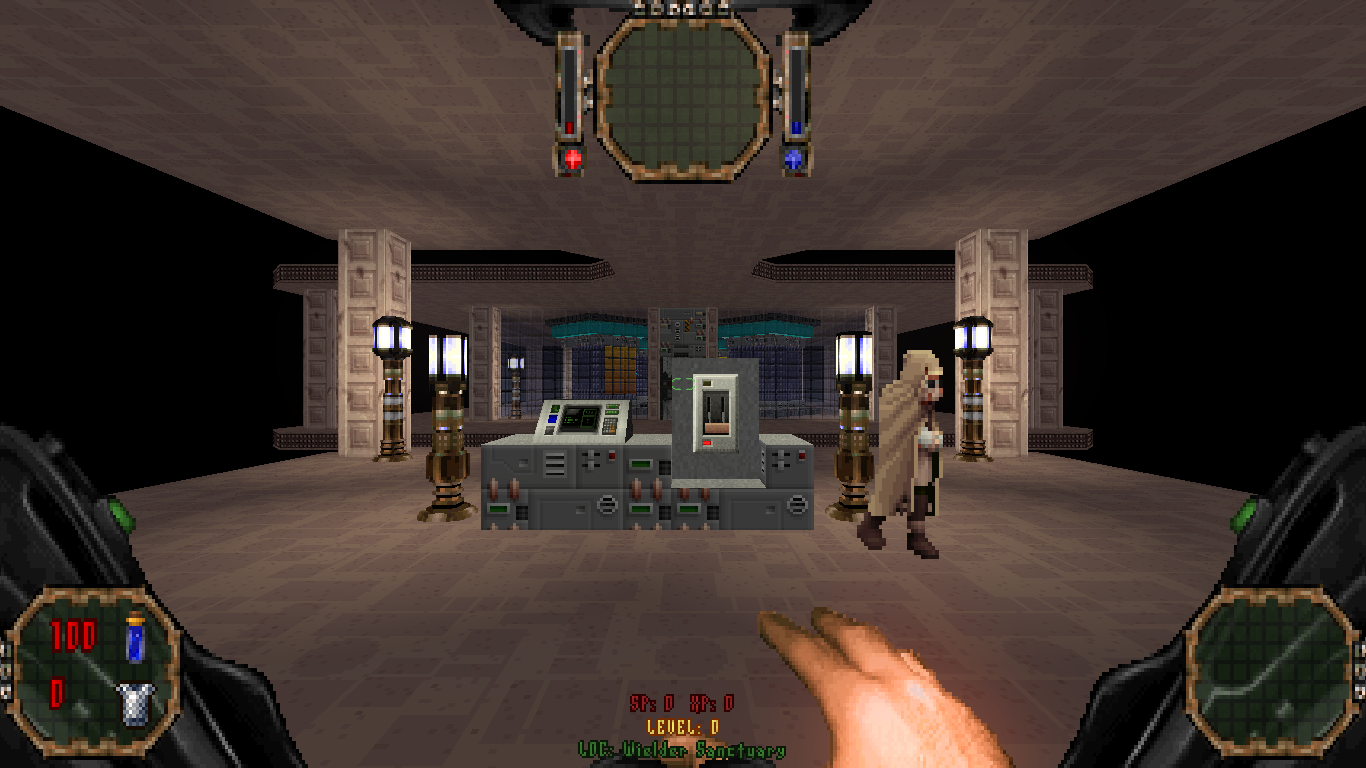 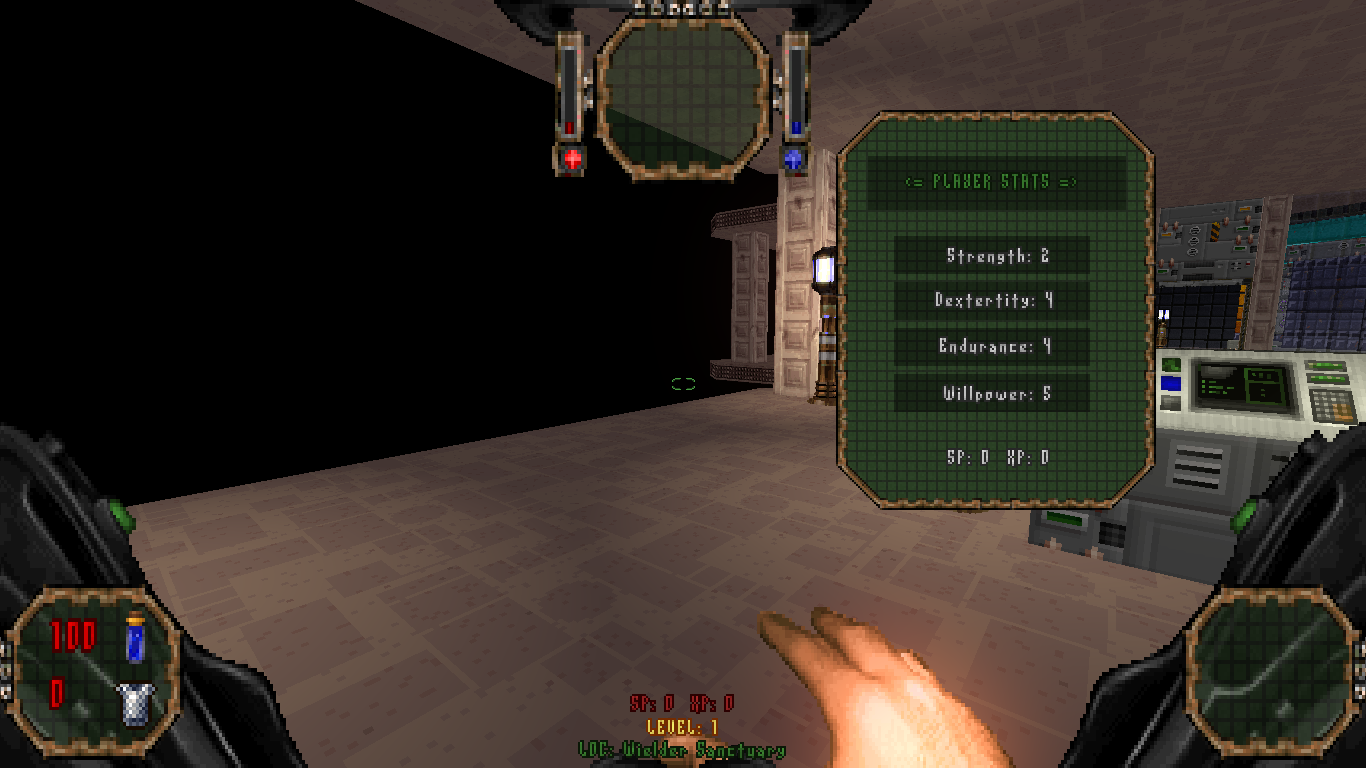 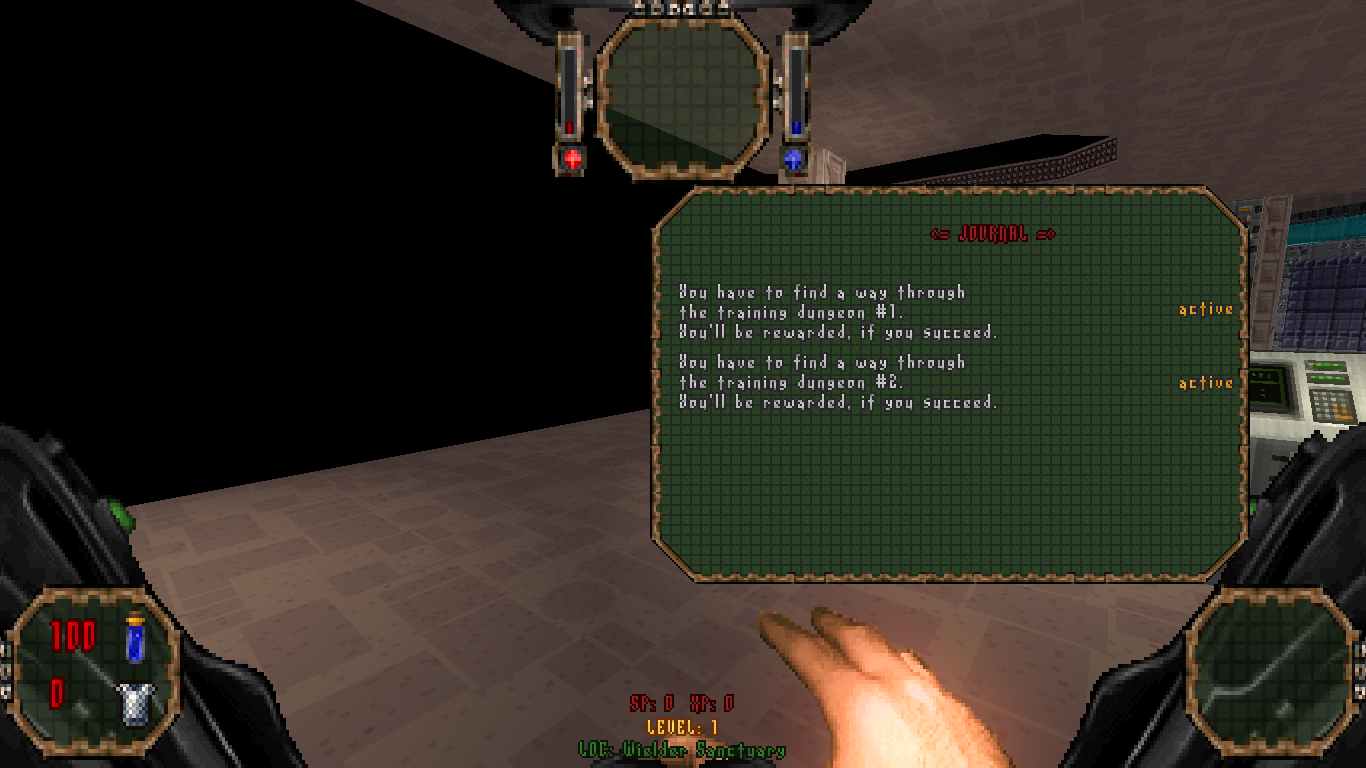 This is the place where player will be able to raise his stats, once he has free stat points (acquired each leveup). 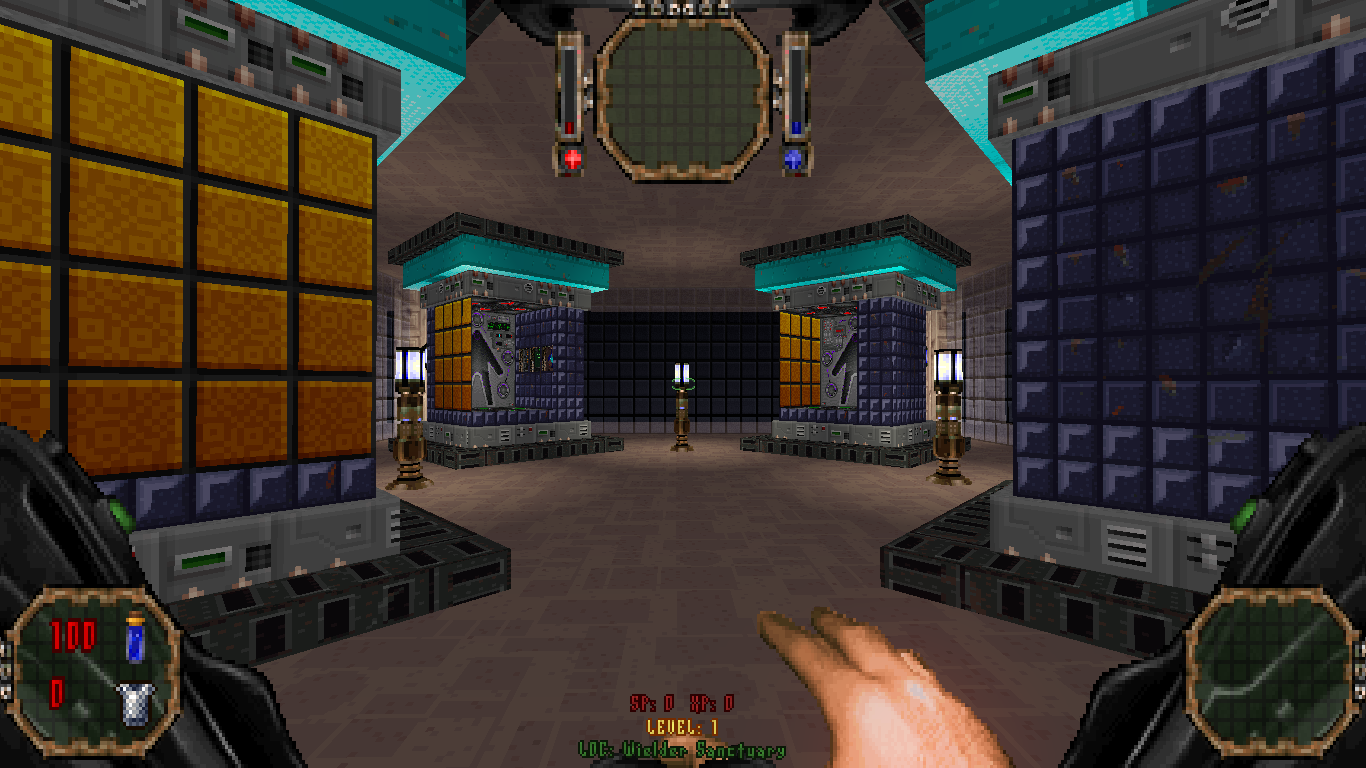 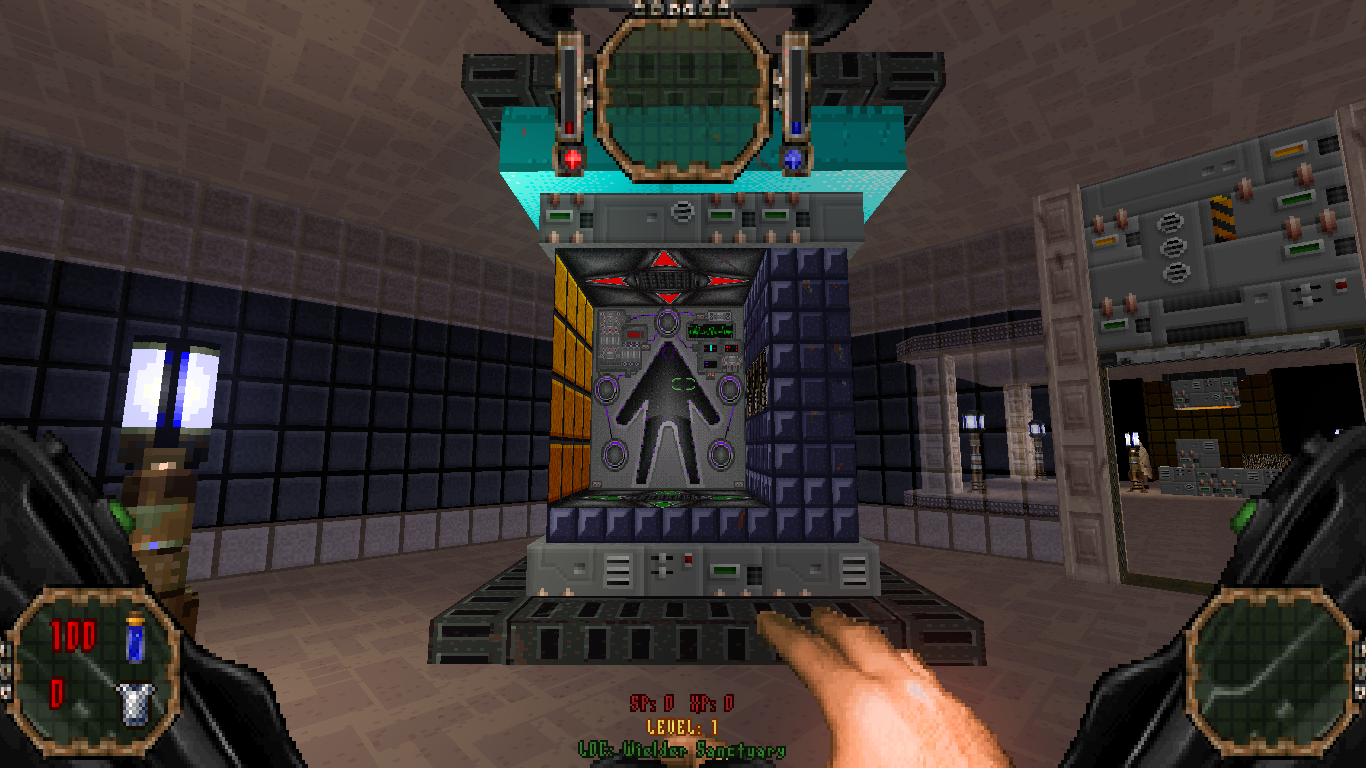 Statraising interface. Swicth on the left is used to 'load' the current stat value, switch on the right is used to raise and save the new stat value (ACS - no animdefs, since the switches have around 6 frames). 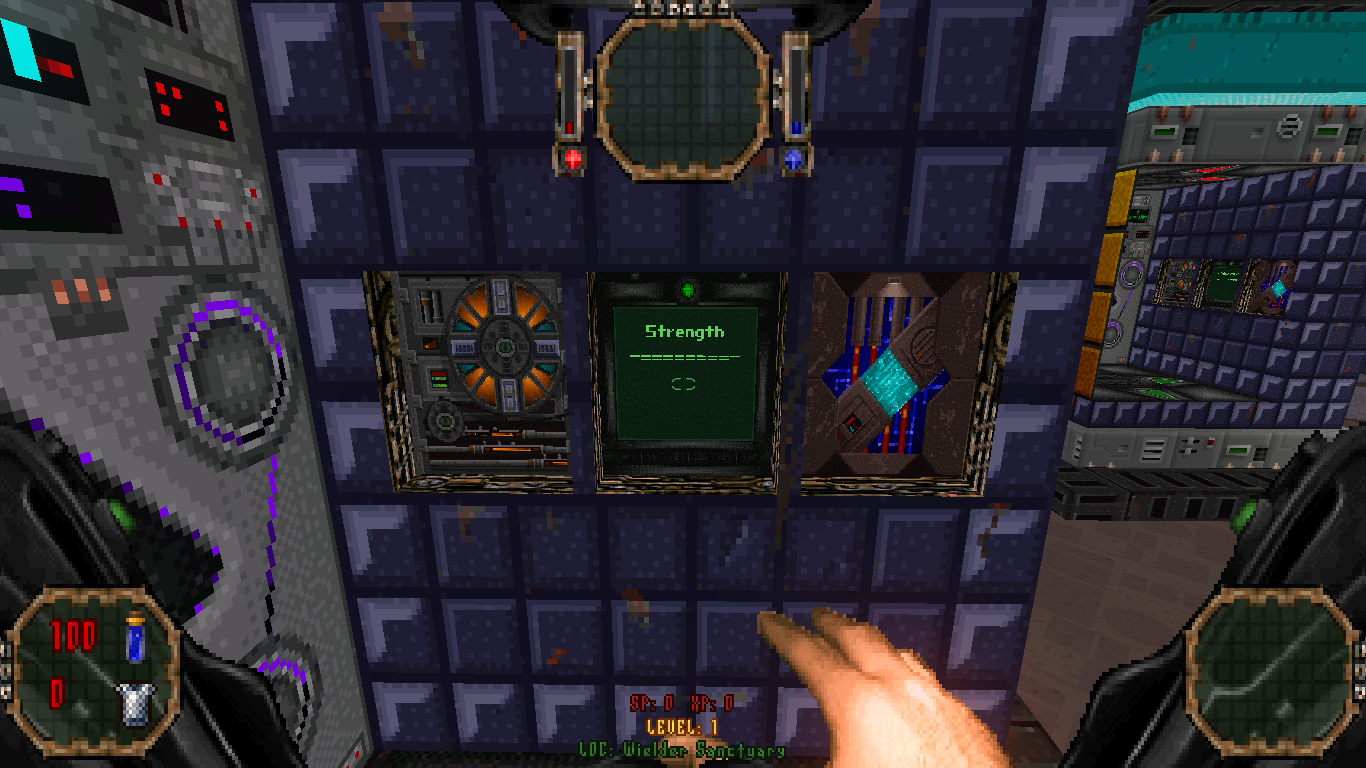 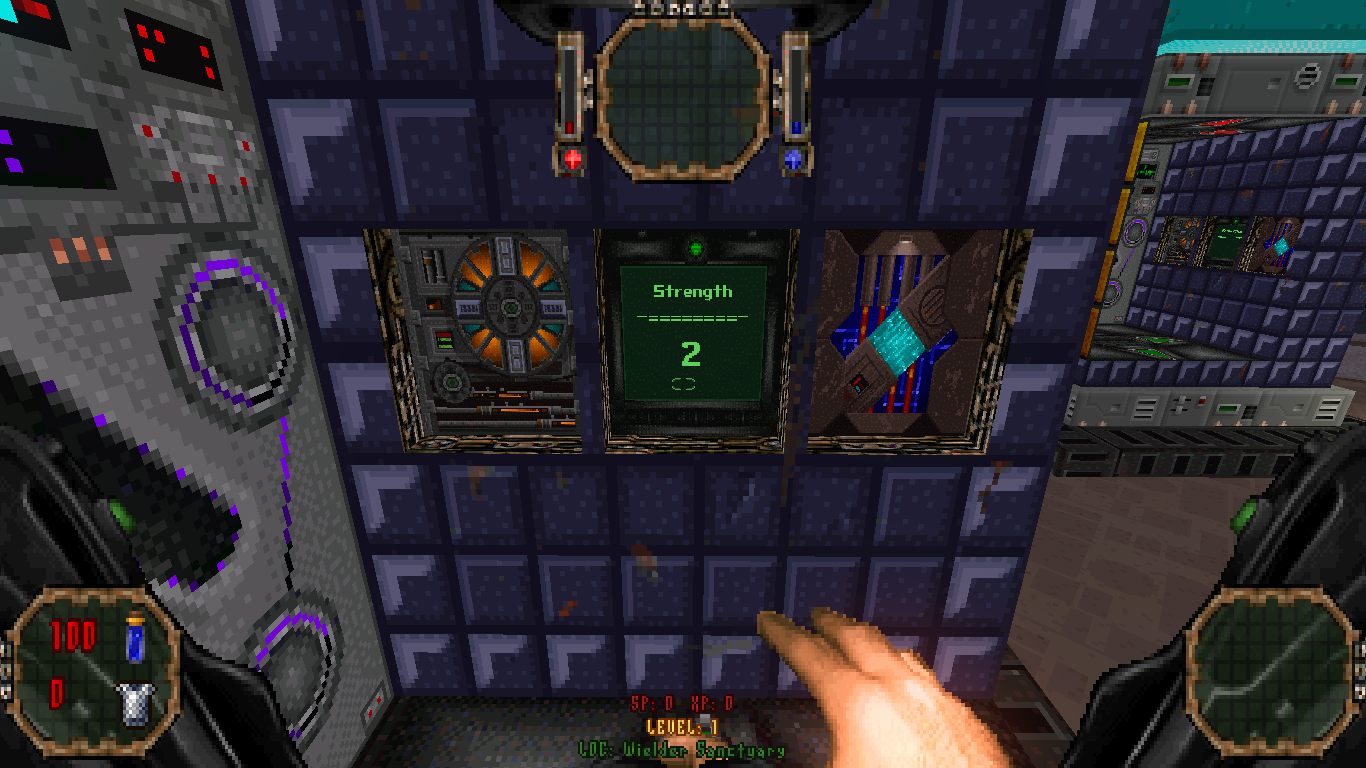 Hmm, some cool ideas there.

Might wanna shrink your images a touch though. Even my stupidly large LG television doesn't show the entire thumbnail without reloading in a seperate page.
Top

Large images (like 800 px plus) don't always display properly on the forum.
Top

Sooo, we got here a small update.

I have mastered some of small ACS skills, so we got:
CODING:
- working ACS compass included as library (fully standalone), switchable via KEYCONF; thinking about some kind of quest pointers to make things little bit easier (MAYBE)
- working rpg system with dynamically assigned XP points from mosnter kills (based on moster health)
- working stats raising system using special room (present in each map - I simply cannot teleport player between maps - but thats not the issue at all)
- working quicktravel system using decorate&acs
- working dialogues using ZSDF&acs (pretty nice, scripts could be called from dialogue script, even args could be assigned)

Well, that's quite nice for a month of work

some gameplay footage:
Map#01 outdoor areas. Map's called "Wielder Snctuary", I wanted to make feeling of a rock castle, something like this :


Main player's a Wielder. But I don't want to spoil anything from the story of world, so you have to play it, once it's released. I'm on good way of releasing a demoversion soon, so wait and be prepared. I just have to write some conversations, finish some scripts and add sounds. Yes, sounds are the biggets problem.

So, here's the video:
https://www.youtube.com/watch?v=qnsEQt-RxN0

Loving the environments in the first video.

This is looking pretty sweet, I know projects like this are better if it does not get rushed so yeah i wont be upset if i have to wait a while before i get to play it , even if i have to wait 10+ years so long as everything works and there are no problems I can be happy with that.

With that being said. I Love it