We can't magically figure out what it is if you're going to be vague, and if we feel like you're just wasting our time with guessing games we will act like that's what you're really doing and won't help you.
6 posts • Page 1 of 1

I dunno, seems to be working for me. 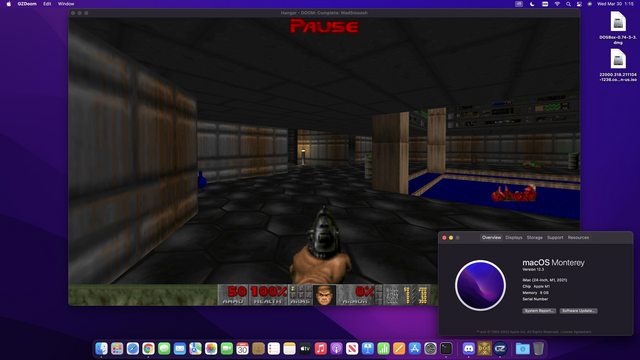 What version are you running? What kind of Mac is it? And what's the OS?
Top

GZDoom 4.7.1, Macbook Air M1, macOS Monterey 12.2.1
I'm checking it by watching projectiles (as they emit the most noticable and beautiful dynamic lights when it works). 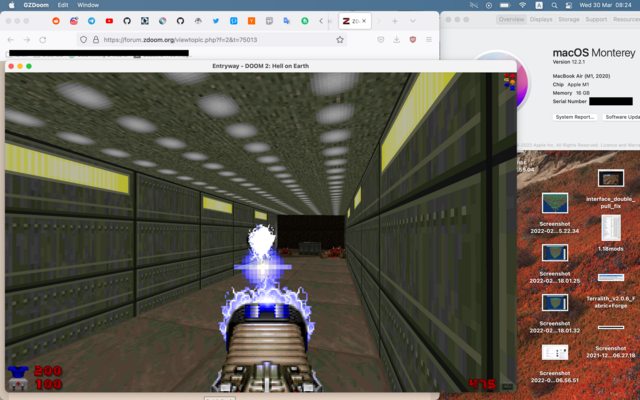 Try entering "autoloadlights 1" in the console and restart GZDoom.

By default the light definitions are not loaded because they likely will (and often do) clash with dehacked overrides.
Top

Rachael wrote:Try entering "autoloadlights 1" in the console and restart GZDoom.

By default the light definitions are not loaded because they likely will (and often do) clash with dehacked overrides.

Thanks, fixed the issue for me! I'm pretty sure I didn't have to do this on my older PC, maybe it's also about earlier GZDoom version though.
Just a personal opinion, would be nice to have this by default or at least make it easier to figure out.
It's not clear how anyone could find this setting without asking devs or submitting bugreport first (which also requires knowing these lights are possible).
Top

This should be in the menu AFAIK, if it's not then it definitely needs to be made available there, because neither Mac nor Linux has the option in the startup dialog.

Unfortunately the startup dialog on all OS's has been effectively deprecated in favor of a more cross-platform solution for a very long time (i.e. no significant work will be done on them - the Windows one only changes because it's easy to change and most GZDoom users use Windows anyway) - however such a solution has yet to materialize.
Top
6 posts • Page 1 of 1