Some of the textures I am working on for ZRift. Heightmaps are manually drawn, then converted to normal maps. Then once all done I will be moving on to creating PBR and maybe Specular for them.
You do not have the required permissions to view the files attached to this post.
Top

Enjay wrote:Both look good. Personally I prefer the bigger, chunkier one but, like I said, both are good.

the bigger, chunkier pistol model, reminds me of a very cool weapon known as a bolt pistol (fires miniature rockets) from a universe known as warhammer 40000

JUST tried this for the first time... without chasm levels, this is an insanely cool way to get a chasm vibe on a rando mapset

then I saw the chasm levels... they need work and do not do justice to the real chasm levels atm... I had to fix a modeldef error (keys: unknown frames, fixed it by using frameindex 0) in SLADE before I was even able to load the maps, some of the maps do have much potential though... and many of the textures used in the chasm levels were nice

however, I do understand that the levels are WIP atm
Top

Here is the latest version of what we now call "ZRift Classic". This is the maps from the original Chasm, monsters and weapons. Me and Hal are currently re-working the base mod. The plan is to create entirely new maps, and do enhanced versions of the classic maps. Once Furyweb is done with the pbr textures, these will be implemented in both classic and future versions.

Since we are re-working the mod, ZRift Classic is not compatible with older versions, so make sure you use the three PK3 included. You can however use both the monster pk3 and core pk3 on their own (just note that some monster replacements might be a bit odd if used outside the classic map pack).

wow... this takes me back to when I first tried chasm as a kid... the magic is preserved... thanks for that!
Top

At the moment I am not only re-creating the original maps, but I'm also working on "enchanced" versions of them. The idea is that you will be able to play either classic or enhanced. Right now the enhanced versions are mostly the same maps but with more height difference, and a couple of expanded areas. Two of the images are of the first medieval map, but I've created a second storey for all the houses, to give it more height and dimension.

Me and Hal also talked about expanding the enemy rooster, and I'm porting some of the Hexen 2 enemies to ZRift. So far I've focused more on the Egypt themes monsters, since enemies with that theme seems to be more difficult to find good models for. These enemies will feature more promptly in completely new maps (which I'm also working on atm), and there will be several completely new enemies made by Hal. I've included a gif at the end of the image list of the Hexen 2 mummy, make sure not to miss that one. The challenge is to find 3D models of monsters that fit Chasm, and doesn't look too out of place. I was thinking of maybe adding some Quake 2 soldiers to the modern themed maps, but I feel like they have a too distinct look to them. 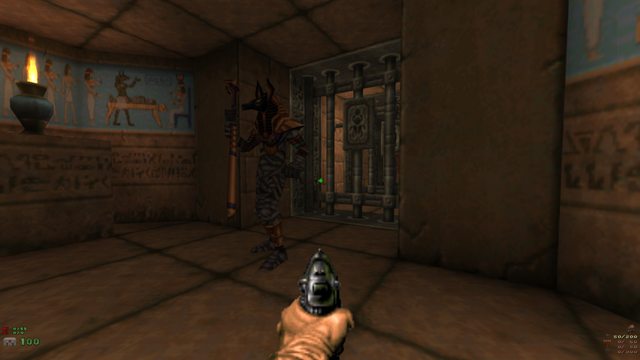 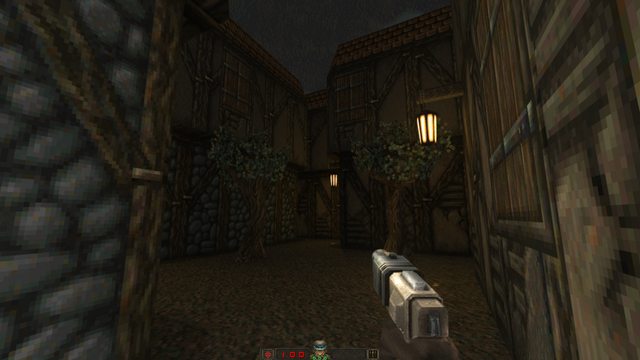 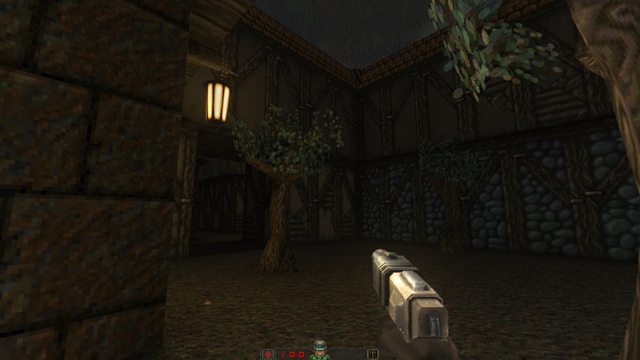 this is very awesome- keep up the good work
Top

This project is pretty much on hold right now, but I figured I'd post the latest version of ZRift Classic (and the other link is no longer valid).

RailedRobin wrote: ↑Tue Feb 22, 2022 2:02 pm This project is pretty much on hold right now, but I figured I'd post the latest version of ZRift Classic (and the other link is no longer valid).

I've mostly fixed all of the bugs levels so far because a load of triggers weren't working correctly in the original, making it impossible to progress.

I've added a few bits to it like a few rooms and script triggers, and also enemy placements from Hexen and Quake to the original maps.

Aside from that. Nothing much to do with the code or the maps have really changed. Aload of it seems to be mostly true to the original despite being rough around the edges with the prefabs blending in with the textures and the missing models.

(I'm not too good with coding and ripping assets from other media atm so I'm doing baby steps with Map Design.)

In the future I am planning to make my expanded version of the original 16 map set + the 3 level addon and 16 more levels + 3 more to go with it, making 8 levels per episode.

Episode 1 will have the expanded Mongs and use of the HL textures.

Episode 2 & 3 will be using Hexen/Blood textures and hopefully Quake. As well as the monsters from Quake and Hexen. (Hopefully somebody knows how to add dismemberment to monsters.)

Episode 4 is also expanded, however the ending of killing the worm would suck you into the portal resolving the cliffhanger from the original.

Spoiler:
This time teleporting you to the prehistoric era which would feature monsters from Carnivores and a few from the addon with a Turok/Quake vibe to it.

I hope to learn how to rip enemies and prefabs from Chasm and Carnivores as far as I learn. This time giving a good total of 38 Maps. And hopefully 3 Secret maps.
Top
54 posts