Captain J wrote:EDIT: Also have fun cuz i drew something for ya and the original game

Somehow I missed this. This is really really cool.

As to some of your other points: Yeah the explosive rockets work best against buildings, so if a mission needs you to destroy a building taking some along is a good choice.

Re voice taunts: The original game had them. They are really bad. Maybe I'll include them as an optional feature.
Top

As my work on Ashes Afterglow is winding down (but not done yet) I've been going through IA again and picking up where I left off.

First mission of the 2nd operation can now be completed, even if its not 100% finished yet. Bunch of new textures are in and some new decorations as well.

Have a look if you want: 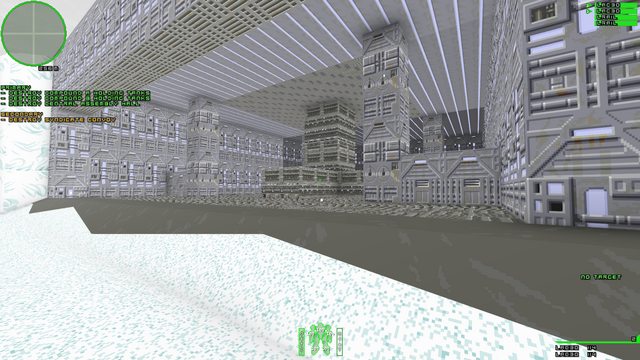 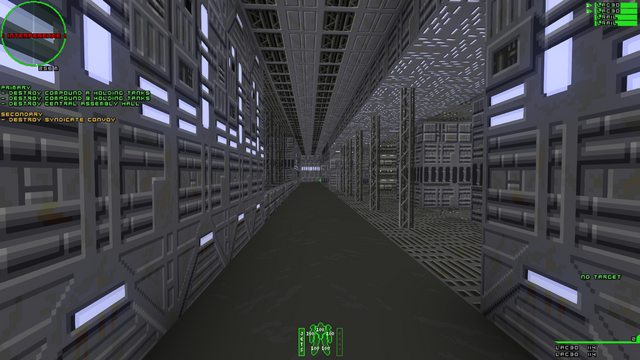 But now we come to an ugly point that I've been dreading. Friendly AI. Oh boy. To get it working (in a non half-assed way) with the way units are currently designed would take a nasty series of kludges on top of an already rickety pile of spaghetti code. So some redesigning is necessary, and I think it can be done in a way that preserves 80% of the work already done. But it's still going to be painful and tedious. To be fair to myself I had no idea what I was doing when I started this project.

If it works the way I'm hoping, it will open a bunch of new possibilities for the AI generally and should make some simple squad commands for friendlies pretty easy to implement. Note that this isn't going to go much beyond "follow me, go here, attack this thing".

So that's where this thing sits for now.
Top

Is this map arctic? I think so and it looks absolutely large. And about Friendly AI, would be nice to consider to color them differently to prevent the friendly fire. You're working real hard and i salute you!
Top

Still chipping away at it. Update beyond the spoiler.

Spoiler:
This video shows the new sim mode and also the friendly AI. WIP there's a lot of rough edges in both.

Sim mode lets you play missions with randomized spawns or in a survival wave mode. When you beat a mission in the campaign it unlocks for use in the sim. You can customize the number of spawns, the chancres of particular enemy units spawning and for wave mode you can specify how much you want the difficulty to escalate between waves.

Ally units can be under your control, but for the campaign this isn't always going to be the case. For now you can issue a basic move command and also an attack command which works on enemies and also random object in the environment so if you want to use your boys to deforest an area, you can do that. Enemy units still tend to focus on you initially, but this is an unavoidable consequence of the way the built in functions behave. I have another change that'll make units more egalitarian in their target picking. Also note there's no way to tell from looking if a unit is friendly or not, and no indication of what a unit is doing orders wise. This will change obviously but I'm not sure right now how I want to go about it, whether friendlies should have unique reskins or just a floating widget over their head.

Other stuff on the go is the projectile optimization as performance suffers when there's a lot of stuff flying around. I'm not sure what exactly to do about it, though I am tinkering with some ideas. 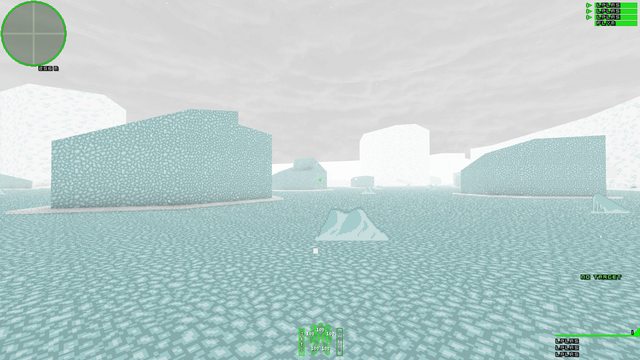 Also started the 2nd mission of op2. It ain't much but it's honest work.

Sounds exciting! I hope we can have some massive battles if performance allows it.
Top

The companions in game looks actually fictional and fine! But i somehow hope they can have some kind of personal coloring because i could might mistake them as enemy.
Top

I like this. looks way better than the mech themed mod i'm working on.
Top

Cherno wrote:Sounds exciting! I hope we can have some massive battles if performance allows it.

Depending on the size of the map, a few dozen units going at it runs without any major issues. There is a lot inefficiency so I think that number can be increased with a bit of effort.


Captain J wrote:...i somehow hope they can have some kind of personal coloring because i could might mistake them as enemy.


Yeah I get confused as well. I think I'll give allied units unique colors and some kind of floating indicator over their head.


Hor1zon Str1der wrote:I like this. looks way better than the mech themed mod i'm working on.

You mean Deadtech? Or are you working on something else? If you mean Deadtech it's kind of an apples and oranges comparison. The projects are doing vastly different things lol. 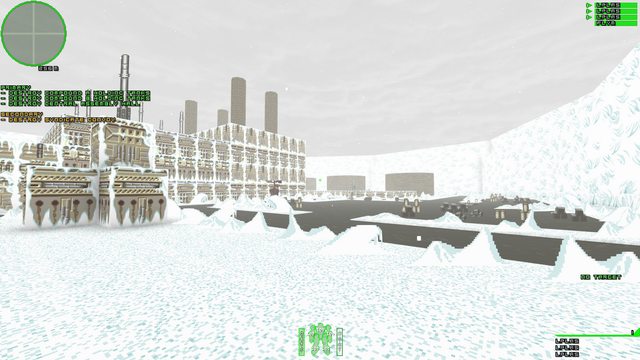 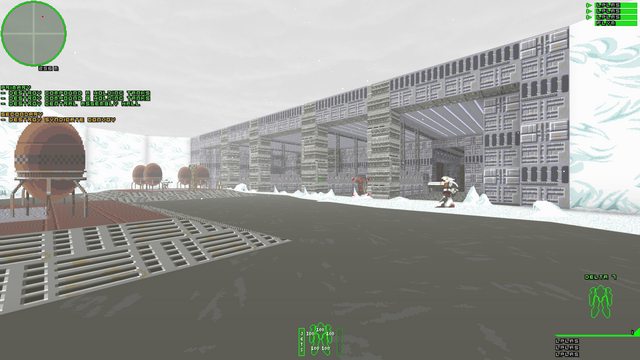 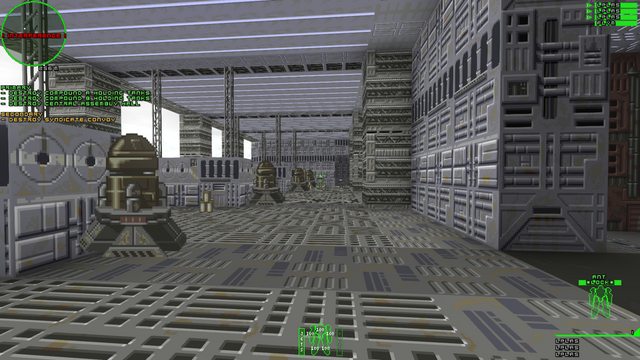 New props are in, including some animated ones. I think these are going to require some tweaking since some of them don't loop very well. This is probably a consequence of how things were done in the original game. You can cover up a lot of janky visuals if your game runs at 320x200 (or even less lol).

A bunch of new weapons and their effects are in. There are a few more I'd like to add before I consider the list of weapons complete for demo 2. I'm messing around with balance too but undoubtedly there's going to be a lot of further tweaking to do once demo 2 goes live. There are going to be some new modules as well, including different types of armor with benefits and drawbacks.

Projectiles optimization went well and things run quite a bit more smoothly though there are still some situations where a lot of stuff flying around can lead to minor frame drops. There's more to be done there.

Other than that have crushed a few nasty bugs that have crept in and fixed some stuff that's been broken for a while. The next big ticket item is going to be mid mission rearm and repair which will take the form of modules you can call down from the air. This will be available in the campaign depending on the mission parameters, and it'll be added as another customization feature in sim mode.

Not Deadtech, I've got like, three or four mods I'm working on.
Top

Played through the demo and this mod's Certified Rad already. The tracers, particle effects and building destruction especially are pretty gat dang cool. Can't wait for the full release!
Top

Hello, update beyond the spoiler.

Spoiler:
First some shots from the new operation. 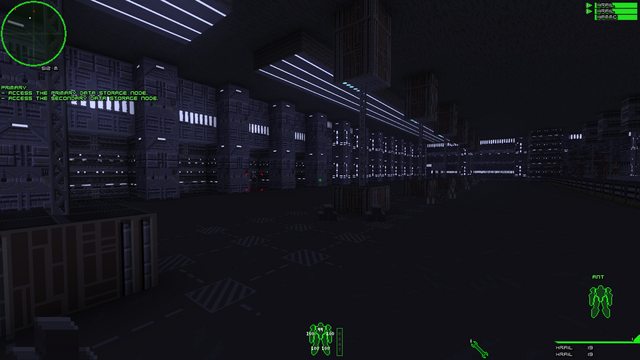 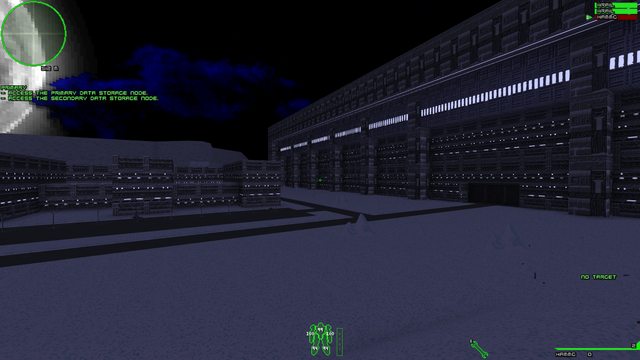 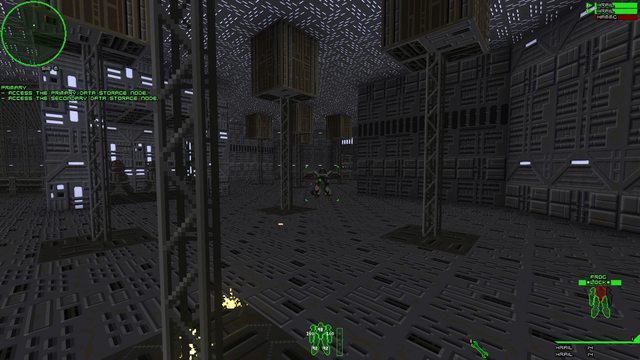 It's fully playable right now (in both campaign and sim mode), all it really needs is a balance pass.

I've also finished the bulk of the work on mid mission support. Depending on the mission you can call down a limited number of repair and ammunition modules which will fix and rearm your mech (up to a certain limit). In sim mode you can set a custom amount. There's also an artillery support option which is good for knocking down buildings and shredding enemies if you time it right.

A number of new weapons and modules have been added. Most substantially changes have been made to the way armor is handled, allowing for different types that have their own benefits and drawbacks. Some work has also been done with jumpjets, and as a bonus the UI now actually displays information about them. 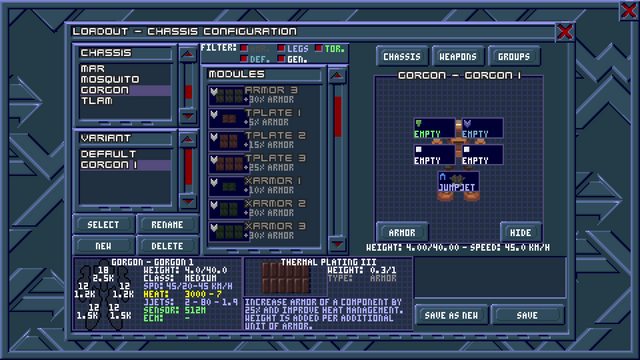 Wow a picture of the UI so exciting!

I dug back into IA to try and find some other actor palettes, and my hunch re this was correct. Every environment in IA had its own special actor palette, where I had initially assumed it was just a translation of the one palette I had. It's cool that the machines in the original would have camo schemes that blended into the environment, but from a gameplay perspective it's kind of annoying to have enemies blend in like that. So while I've rigged up a "skin" system that allows a unit to have a different appearance, this will be used to designate specific capabilities. Eg, friendly mechs will have their own skin, and elite enemy units will have another.

Here's what friendlies look like. Note that this is a punched up version of the OG "mountain" palette where saturation and contrast have been boosted. 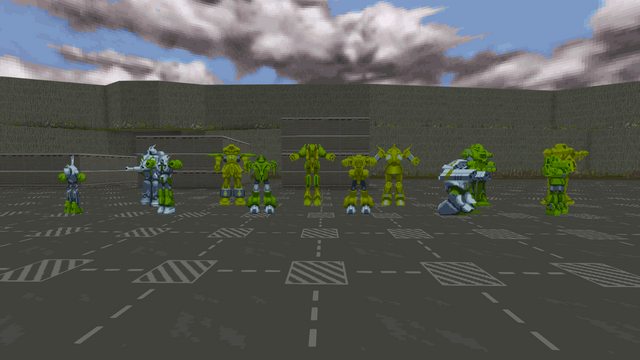 In closing, pretty much all of what I wanted to have ready for demo 2 is done. What remains is sanding off rough edges and crushing a lot of bugs.

The grey mech color looks good! The green is a bit too snotty for my taste

Gorgeous coloring on the mechs. Also i really like the pic of new maps too!
Top

This will hopefully be the last update before the new demo. 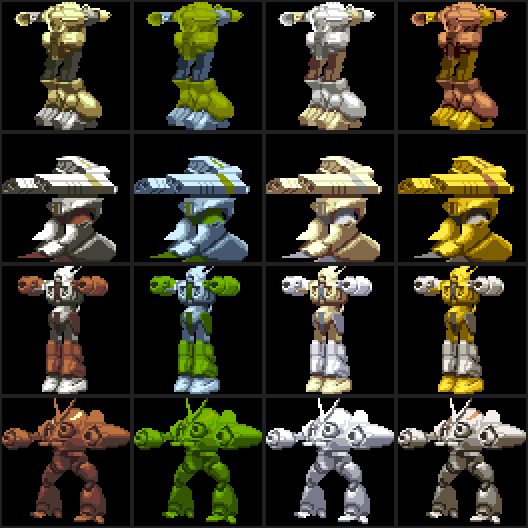 Here's a quick look at some of the alternate color schemes I've dug up.

Skins are more or less done, and the new colors in the game right now also have their own properly debris and such.

All props have also been gone over and have appropriate effects and debris tied to them. 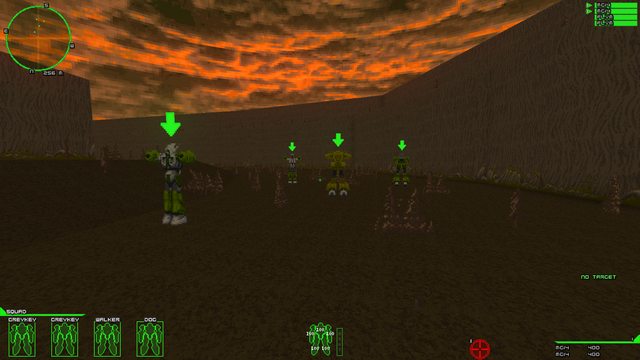 Here we see your squad in game. Note the new selection markers above their heads and in the lower left corner. They can be selected individually or as a group, and for convenience there's a new "follow" command in addition to the generic "move" and "attack" command.

Also note the new compass ring around the radar display.

Some other stuff:
-Yet more new weapons and modules.
-Water is now actually water. When in water you gain a small bonus to cooling, and fire can no longer spawn underwater. Missions can also set global cooling effects, so in the arctic missions you get an overall bonus.
-ECM level is now properly noted in the UI. There has been a small change to how sensors calculate lock on time to avoid ridiculous values.
-Crushing and ramming has been tweaked. You can now goomba stomp small vehicles properly, and sufficiently heavy mechs will plow through obstacles without much effort.

So whats left?
-A few new modules I want to implement.
-A couple of nasty bugs that need to be crushed.
-Unsure about this one, but I'd like to get sensors working for NPCs. At the moment I'm still not sure of what the best way of doing this is.

This is a pretty thin update, but a lot of what's been done is unsexy bugfixes and other behind the scenes stuff.