Seems like I haven't started a thread at all in here.

This is a thread for my project "Lost civilization". Hopefully I've achieved something unique and memorable what has never been seen before. Won Cacoward 2019!

Boom-compatible. So you can easily play it with your favourite gameplay mods!
Tested in GZDoom, prBoom+.
Freelook allowed. Mapinfo support (crouching and jumping disabled)
Multiplayer, only player starts (not tested).
Mapslots map01 - map21 + map31 (31 being inaccessible without codes, hadn't ideas to complete it)

Story: A civilization was collapsed as people got into religion of "ignorant egoistic idiotism". Genetically modified cattle and food turned the people and animals to agressive zombies. But there were few survivors. How they weren't affected?

When I try to include screenshots it only gives me this error message: "Your message contains too few characters."
[Edit: looks like it accepts 4 screenshots] 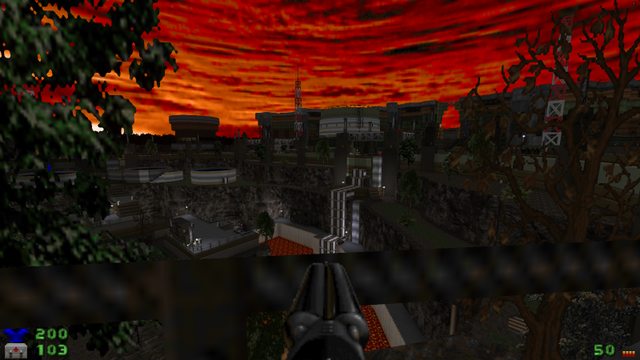 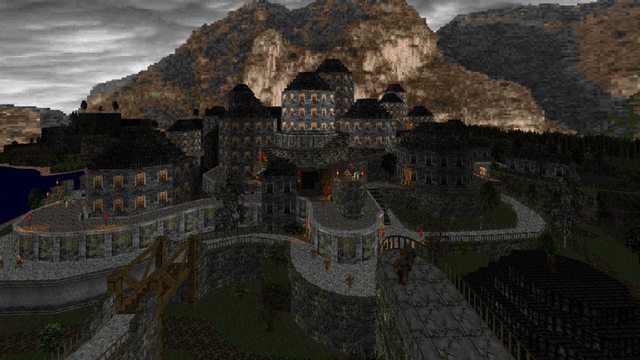 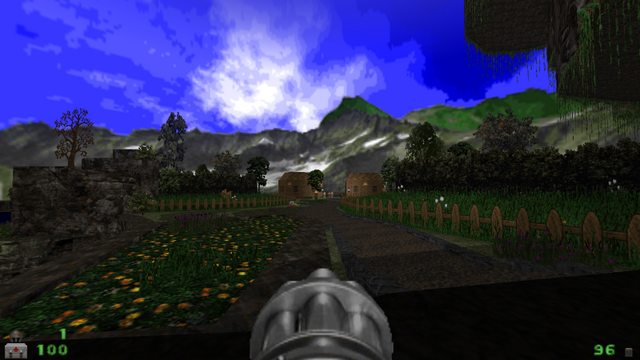 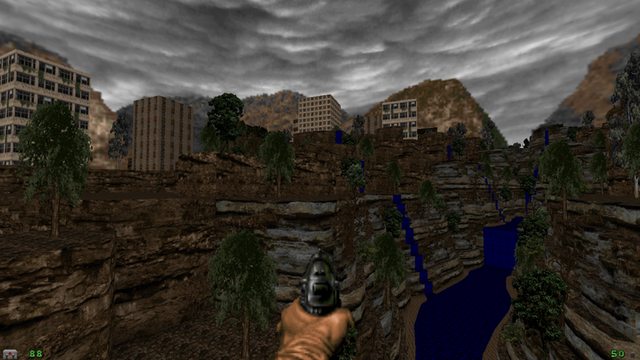 This is one of my favorite Doom level sets of all time and one I find myself coming back to frequently. If you ever have plans to make a part two, I certainly will look forward to playing it. <3
Top

Nems wrote:This is one of my favorite Doom level sets of all time and one I find myself coming back to frequently. If you ever have plans to make a part two, I certainly will look forward to playing it. <3

Thanks! Yes, I have plans and I've already started on developing the next version!

One level down: Loved it. This should be fun to the finish!
Top

I played through in 2 player coop with: the Naku-Naru weapons which I thought would match with the theme of the maps (they did very well), brutal doom monsters-only as I'm a bit tired of the vanilla roster's traditional moveset, and a resurrection/lives earned through monster kills system while refraining from saving and loading at any time during a level (only at starts).

We had an absolutely brilliant time splitting up throughout the non-linear levels and having to trek to each other to pop off a resurrection if we didn't have lives to spare. A demonstration: brother dies elsewhere in the map "Can you come get m--" switches to spectator view "Where are you at?!?" "I don't know lol" https://clips.twitch.tv/CleverAstuteSpiderKappa We would constantly discover routes the other person had missed and it was like a giant game of show and tell, bringing them to the interesting secret or key location. Then the map would bring us back together as we ventured through the multi-key doors and switches, or where the level converged on a slaughterfest or boss. The pacing as you swapped between smaller maps and complex maps in addition to what seemed like a gradual increase in overall complexity throughout the episode was well done.

Best Maps
MAP07 Lost in the Forest - Gosh did I love trekking through the thick brush, getting ambushed, and later traveling overhead in sections you never even noticed! This one's my favorite!
MAP15 Mansion - We were both happy with the separate entrances we each were working through, only to later find there were a lot of ways you could approach this. Just really nice design.
MAP20 Ending - No explanation needed really.

Neutral
MAP08 Castle - What felt like maybe too much empty open space, felt a bit like generic slaughtermap, and then a slightly claustrophobic castle.
MAP10 Nightmare - The early sections felt a bit too simple and linear, but the back half with the dark corridors/bridges and the overhanging vines gave a really nice vibe.
MAP11 Nightfall - Hard to put my finger on it but it didn't seem to stand out much.
MAP12 Suburb - Much like Nightfall, didn't blow me away.
MAP19 Division - The beginning felt uninspired/boring, but the middle section gave us some nice Serious Sam vibes, and the final section was well done. A bit thematically disconnected overall.

As a disclaimer, I guess I'll put it as someone else did, this is more of a relative ranking within the wad and all of the levels are really quite superior in the grand scheme of things. Looking forward to part 2!
Top

vitriolicv wrote:One level down: Loved it. This should be fun to the finish!

Thanks! What did you like of the rest of the maps?

Thanks for the feedback! It's always rewarding to read and important to know what is liked, what not. Nice you liked forest-map! It was quite labour intensive and I was afraid everyone hates it because they got lost in it, heh. I was about to remove fort and prison, but there was feedback on fort being atmospheric so I kept it, as it is a small map after all. And then the prison already had connection to the lab so I kept it too.. I hope I have time to check those gameplay videos. Those are very valuable. I've paid too little attention to the multiplayer aspect. It kind felt overwhelming as I would had to test all maps many times again. And well I didn't have even opportunity to that. But at least, you shouldn't get stuck on any area if you respawn at start. For LC2 I would have to make a multiplayer only version as the version I'm making has zscript in it. I have to think about it when I get something finished.
Top

I really had fun playing this wad, the maps are just superb and sometimes I couldn't help but stare at the beautiful landscape and buildings

p.s this might be unrelated but my fav map is The Mansion

shimotsuki_yumi wrote:I really had fun playing this wad, the maps are just superb and sometimes I couldn't help but stare at the beautiful landscape and buildings

Thanks! I enjoyed building them

shimotsuki_yumi wrote: p.s this might be unrelated but my fav map is The Mansion

It's not unrelated, It's always nice to know which maps are liked and which are not

Key highlights for me in this megawad were the tiny, secluded safe spots for almost every map. It's so nice that you could get away from the massive sprawling landscapes filled with monsters, into a room that is cozy and provided nourishment (I played this with Treasure Tech btw).
Top

Kalsonic wrote:Key highlights for me in this megawad were the tiny, secluded safe spots for almost every map. It's so nice that you could get away from the massive sprawling landscapes filled with monsters, into a room that is cozy and provided nourishment (I played this with Treasure Tech btw).

Thanks for the feedback

Yeah, tried to make pacing interesting. So to have quieter moments, hordes, spikes on difficulty and those safe places.
Top

Really the only problem I found with this mapset was the music. Otherwise mind = blown
Top
12 posts • Page 1 of 1