cubebert wrote:1. I absolutely LOVE the blood and gibs that's in SWWM! It's so splattery, for lack of a better word, and it's very satisfying to point-blank gib an enemy. I especially love how additional blood decals are generated on walls and how the ceiling blood creates small blood droplets. Excellent work, Marisa!

Considering how "half-arsed" the blood and gore is (I even directly suggest people to use Nashgore instead), I'm glad to hear someone likes it.


cubebert wrote:2. I like using the Spreadgun, since it's essentially a one-handed shotgun, but for the next major update, could there be an option to dual wield them like with Caleb's sawed-offs? I understand that there's already the Explodium Guns and making animations for 3D models isn't as easy as working with sprites, but I think that it would be a nice option for additional firepower.

I'm afraid making it dual-wieldable would overcomplicate things, due to how the current inputs work for just one of them. Dual-wielding, by design, is only reserved for slot 2 weapons (will also be true for future DLC).


cubebert wrote:3. Correct me if I'm wrong, but the 3D models utilize the Unreal Engine's model format, right? I'm interested in hearing the technical reasons for using that format instead of the .MD3 or .OBJ format used in many GZDoom mods. In a way, it gives the mod Unreal-esque vibes that I can appreciate (I know that the mod originated as an Unreal mod, but having that in GZDoom is nice nevertheless). May I ask what tools you use for the models?

There's no specific technical reasons, really, it's just for the sake of authenticity, and because I've been working with the format for years so it's what I know best. I use Blender for most of the creation work (with an add-on for the model format), and my own UMesh Tools for additional tweaking in post.


cubebert wrote:4. I don't want to jump the gun on additional storylines/missions for the Demolitionist, but would you be open about doing non-canon stories? For instance, you could add Ancient Aliens compatibility and have it not affect the mod's plotline.

Can't happen, Demo-chan lacks the respiratory system to smoke the pipe with, therefore this would logically prevent the events of the whole WAD from happening.

The only other storyline currently planned is for Sunder, once it's completed.
Top

Is SWWMGZ intended to be Chex compatible?

I just played episode 3 and, although it worked for the most part (and I thought it suited the game quite nicely), the final level didn't work. Chex3 uses skull keys in the final map (they look like jewels or something) but with SWWM loaded, the skulls were back and the blue door didn't recognise it (the regular (non-skull) keys used in earlier maps were not replaced by SWWM versions). I assume the other key doors in the final map are similar but I IDKFA'd to get the keys when the blue door didn't open so I can't be certain.

After completing the map, the end of game exit text mentioned a spiderdemon. So I guess that SWWM doesn't have Chex specific text either?
Top

It's not intended, nope. In fact, it should theoretically warn you about it during launch with a big message.

Oh, I didn't see that warning. It was either hidden by the startup screen, or I wasn't paying attention. Probably the latter. I'll check when I get home.

Anyway, like I said, it actually worked for the most part and rather suited the game. So, it's maybe something to consider for future updates?
Top

I've noticed when I play this with OpenGL renderer (not OpenGL ES to clarify) I get really weird glitchy models for the arms/weapons. Any idea if this is a bug or something else? When running in Vulkan, everything works fine.

Couldn't get a gif or video going yet, but got a screenshot of the starting pistol a little glitched/squished. When the weapons go to their idle state, they disappear. I've tried using both the "latest" link and the "1.1.43" link on the OP. 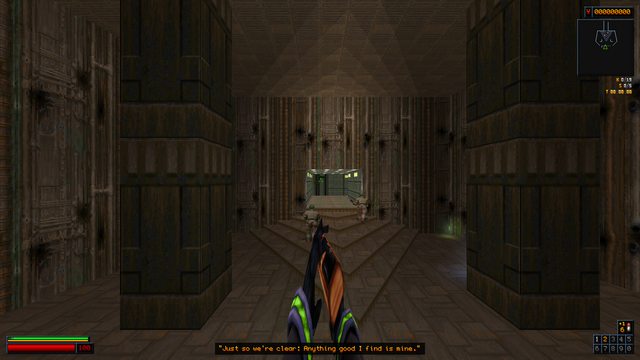 You'll have to complain to your card's vendor or whoever to get that fixed, probably best to remain using Vulkan unless there's something absolutely requiring you to remain on OpenGL. (Like for me, I can't use Vulkan because the texture modes are broken in it and I can't get nearest neighbor filtering unless I disable all mipmaps, which I do not want to do)
Top

This is a known AMD issue that affects GZDoom globally, regardless of mod. The only solution is to use the Vulkan backend.
Top

Guess that's what I get for installing an unofficial driver update, since it worked fine before. Thanks for at least letting me know its on my end.

EDIT: Big surprise, after going back to official drivers it works fine in OpenGL.
Top 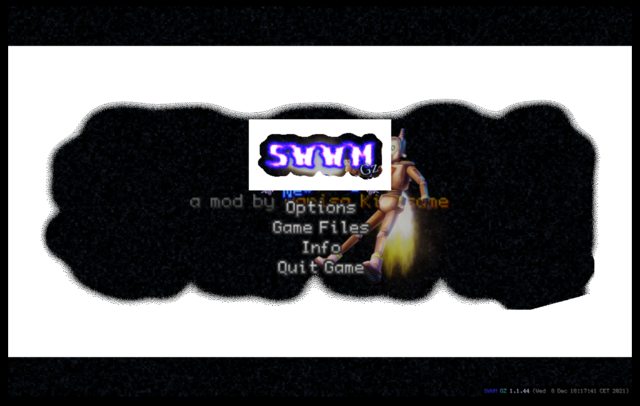 i updated SWWM recently and this is new, is there a way to solve this ?
Top

Ah, ye olde driver-specific GLSL behavior. Guess I'll have to look into this.

Edit: The fix is trivial. Unfortunately, I am in the middle of working on the 1.2 update, so the master branch is not getting any updates until I'm done.
Top

Well heck, I update too and it happens here as well.

None of the other shaders are broken (from what I can tell atleast) though so that's fine!
Top

oh its just the main menu ? you sure ?
then its no problem.
Top

Previously, they were going to add that, but they changed their mind.
Top

KynikossDragonn wrote:Well heck, I update too and it happens here as well.

None of the other shaders are broken (from what I can tell atleast) though so that's fine!

I managed to reproduce it on my laptop, so this is clearly an "old Intel" issue that doesn't affect more modern iGPUs. The issue is with the shader requiring one last call to clamp before returning the final texture, due to some weirdness of alpha blending.
Top
490 posts