You can also load it into other mods by adding "include NOSLIME.CON" alongside all the other CON includes.
Top 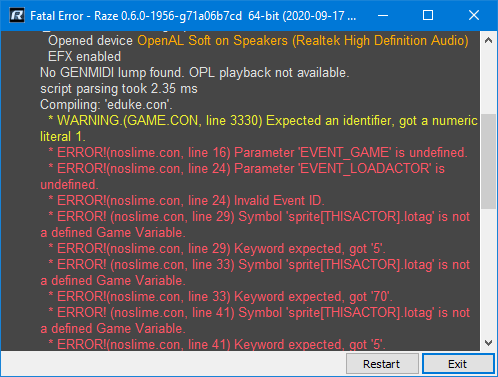 This mod does not work with the impending 0.7 release of Raze, and will likely never work with Raze again. Sorry to disappoint.
Top
2 posts • Page 1 of 1