Josko wrote:Would be awesome if there was a hotkey option for the "fuck you" fist altfire so you could flip off a monster while equiping a weapon and shoot it right after!

Because it always stuns Monsters, I think being able to spam it like that would be somewhat game breaking. Having to switch between weapons gives the monsters a chance at least.

Josko wrote: The chaingun shooting really slow in the beginning kinda ruins it, would have been much more useful if it fired fast right away instead in my opinion.

I'm not sure more ammo management is a good idea. Since the unmodified chaingun has slightly more power and drains the ammo so fast, the 3 second spin up is a good compensation. Further more dual pistols with armor piercing rounds should satisfy your instant bullet attack preference. The upgraded pistol pretty much makes the chaingun obsolete, which is why the chaingun has the pulse rounds upgrade to make it a useful weapon against fire based monsters.


Josko wrote:One thing I really missed was Throwing Grenades. I think throwing grenades with a quick throw hotkey would be awesome! I'm thinking of Johnny Doom, in that mod the grenades are just perfect, maybe you could copy that.


Josko wrote:Reaching level limit at Rank 21 felt a bit dissapointing, I wish you could continue to level to Rank50 or something because you reach max level pretty fast. By level 10 on Maps of Chaos Overkill I was Rank21 with 100.000Exp.

I have been meaning to do that already, just never got over it. However when playing slaughter maps, it is recommended to set xp and power node giver to low.
Top

------------[Version 2.4 - News]------------
Doom Exp v.2.4 has some exciting new features that I am proud to announce to you. You will see new things like the
Halloween Special mode, an extra life system, new voxel models and some new offensive-/defensive-oriented upgrades.

Voxels
The existing sprites for the orb pickup, power node container and loot boxes, have been converted into full 3D
voxel models. Embrace the oooooh and aaaaaaah looking models since they are pretty rad. 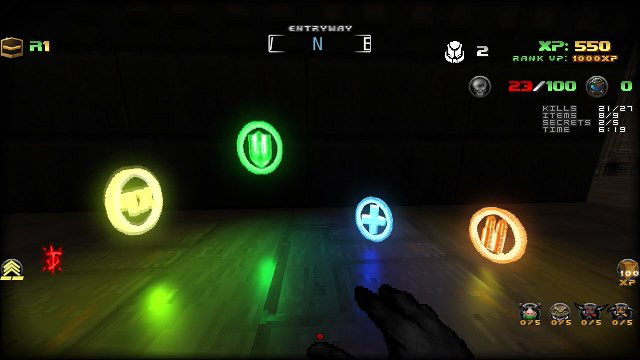 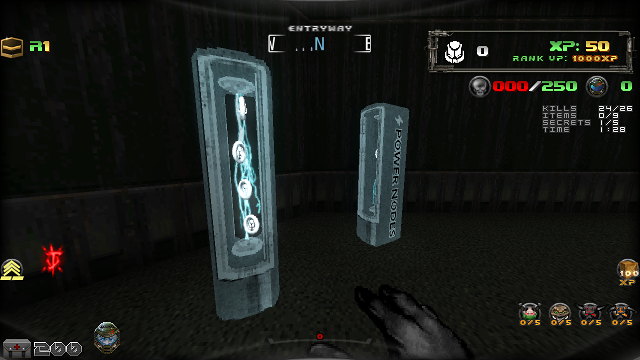 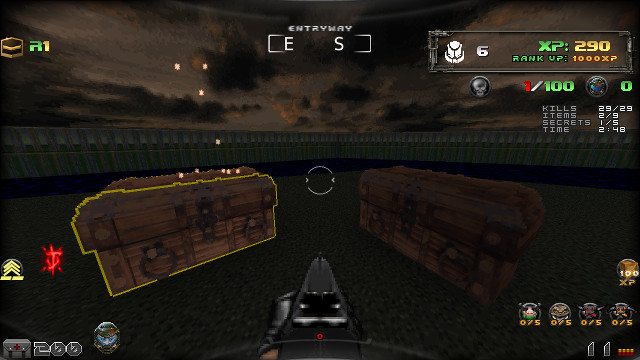 Extra Life
You'll be able to have this option turned on or off. You can also set the kill amount for when the player earns an
extra life (100, 250 or 500). As long as the player has an extra life, you will enter into a death state when killed
but dramatically resurrect again, causing a radial explosion to clear the path when being surrounded by hordes
of monsters.

Halloween Special
As posted in the previously, you'll be able to turn on the Halloween Special mode in the Monster Management
Menu. With it enabled there will be some pumpkin props replacements and random pumpkin throwing skeleton
spawns that can happen at anytime while killing something or breaking the props. Furthermore you will also be
fighting Cacolanterns, Bats and Spiders.

Some props will get replaced with laughing witches or crying little girls. Get too close to them and you'll be in
for a surprise.

Feel free to join our discord server for exclusive info or to share your thoughts and suggestions.
If you are experiencing problems you might get a faster response there as well. Also get early access to development builds of the mod.
Last edited by Officer D on Wed Oct 21, 2020 3:12 pm, edited 1 time in total.
Top

I had an issue with the dev build: the replacement monsters remove TID and assigned scripts from existing map monsters, breaking some triggers.
I've managed to work around this so far, but it would be nice if you could fix it. I will go and try to report it on Discord. Have a nice day!

P.S. I started to work on a hub/arena hub map for the RPG maps, I will be sure to post it as soon as it's done.


Is there an ability to somehow preserve the character between WADs?
Top


Stores are now the only way to get upgrades. You can sacrifice a certain amount of your extra life kill counter to summon one or enable rare spawn chances on the map.

The screenshots were captured with bloom enabled, which made the soulsphere look like a freaking neutron-star. 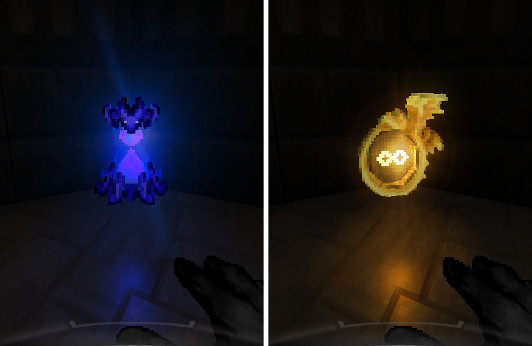 this mod has improved so much over the past few months, just redownloaded it after having not played since March. All the original problems I had with it have now been solved. Been playing it with the Doom 2 Reloaded megawad and it's absolutely wrecking me, in the best possible way
Top

It has indeed gone trough a lot of changes. A few problems still exist but nothing that really ruins the experience. I am glad people are enjoying it just as much as I am. Christmas special is coming soon and will again include more improvements.
Top 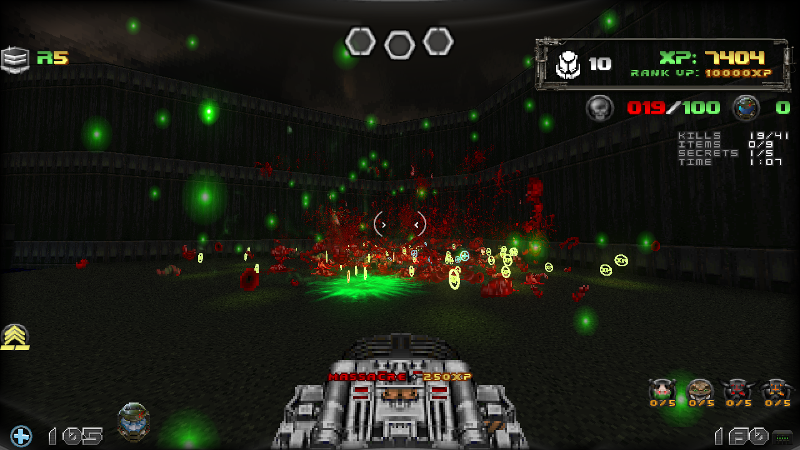 But I must ask, did the chaingun get reworked? Because I never liked how it took so long to start fire, should fire fast from the start!
Top

Indeed it did, as mentioned in the changelog. There still is a small spin-up delay but it is no longer something you would consider to be slowing down gameplay.
Top

Indeed it did, as mentioned in the changelog. There still is a small spin-up delay but it is no longer something you would consider to be slowing down gameplay.

So I killed a Baron of Hell with chainsaw and this happend:


The Baron of Hell is dead, and in that state and I can walk through him and shoot through him lol. Strange bug. I also use mk-crits mod and Corruption cards mod.
Top

That is odd indeed. Does this always happen when killing a baron? There is a possibility the additional mods are causing this. I was not able to recreate that bug on my end.
Top

I suspect it's that crit mod I'm using that's causing it, but not everytime, only sometimes. No idea why it does though lol, never had any issues with it when playing Aeons of Death for example.

Also it's not only Barons, I noticed it happend with hell knights and Revenants aswell! And Demons too.
Top
142 posts