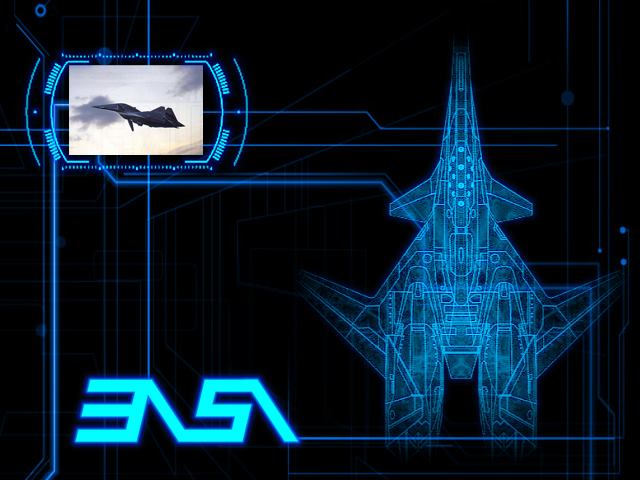 But my game called (EASA) is the continuation of my aircraft project called (3D_ACE)
This is the second generation of my group of projects
that seek to create The perfect combat flight simulator game.
One that any fan of the great (Ace combat)
could only dream of playing.

Lookin' good! I'll admit I'm not big into flight simulators, but I'll gladly try out anything that creates something totally different from Doom in GZDoom.

thanks for your comments.

MFG38 wrote:Lookin' good! I'll admit I'm not big into flight simulators, but I'll gladly try out anything that creates something totally different from Doom in GZDoom.

One of the objectives of my group of projects is to draw the attention
of people who are not necessarily fans of flight simulators.
I hope more people can see the full potential that (GZDOOM) can give to everyone.

I am also a follower of the famous franchise of (Ace combat)
but I always wanted them to add some improvements to their games.
but since that did not happen, I'm going to create those improvements
myself to meet my expectations and also those of any other fanatic.

Finally I can show everyone this demonstration of the third
generation of my group of projects.

Now I want to give everyone more details of the game. Some of these
details I already know can be implemented, and others are ideas that
I still could not add. And to summarize all the details of the game,
I will tell you that I am mainly inspired by 5 games for consoles
that have already existed for several years.

Spoiler:
1 - Ace Combat [1 to 5 +INFINITY +Ace Combat x].
How not to take into account the most important franchise in this genre of video games.
There are many things that I can borrow from their games. And there is also much that
needs to be improved. I have to say that the new (Ace combat 7) has added many new things.

2 - Great theft auto [san andreas]:
In my opinion, the most legendary type game (Open World) of all GTA. From this I want to have their
flight physics with cars. I want the player to be able to edit their aircraft like in the garage
(wheel arch angels) and I definitely want the game to be full of secrets and cheats.

3 - Gran Turismo [4 & 6]:
Another great exponent in the world of video games but this one is focused on cars.
From him, I want his system of improvements with details and realistic adjustments that only
apply to the vehicle you selected and not to all the copies of that same vehicle.
And I also look for the graphic quality that all their deliveries have been able to achieve
in each era of the video game.

4 - Shinobido [Way of the ninja].
I try to play (tenchu) but Shinobido is much cooler than that other one.
From this game of ancient feudal Japan. I want the player's inventory system.
I also need your mission system that reuses small but detailed maps.
And possibly I hope to be able to imitate his system of creation of armament.

5 - Mobile suit gundam extreme vs [+FULL BOOST +MAXI BOOST +GUNDAM VERSUS]
From these giant robot games based on the famous Japanese anime, there is an infinity
of new sounds and futuristic laser effects, weapons and unimaginable equipment,
game mechanics that change with each character and a deep, frenetic and very
challenging game system.

I also found a new control and propulsion system that will greatly increase
The performance of both the controls, and the game in general.
And until I install that Great control system. I will not be able to
add or create anything else for the moment.

For more information about visit the (dodopod) forum.
Here is the link to your forum: ([ZScript] 6 Degrees of Freedom)

Why create a new thread for each new iteration? Would posting in and updating the existing thread(s) not be more convenient?
Top

MFG38 wrote:Why create a new thread for each new iteration? Would posting in and updating the existing thread(s) not be more convenient?

sorry but I plan to create 3 forums dedicated to my 3 generations of projects after that
I will not create more until this last generation ends. and that will happen very much in the future.
the other games already existed for a long time and that is why I was able to create in a very short time each new forum.

although I should have updated my first forum.

Please from now on use a single topic for a single project.

Your 3 topics have been merged together.
Top

Rachael wrote:Please from now on use a single topic for a single project.

Your 3 topics have been merged together.

Thank you very much for merging my many forums.

from now on all the advances of my project I will only publish them here.
Top

If you ever have a project that is completely unrelated to this one - then, feel free to start a new thread.
Top

Is EASA/OzVision out yet? All I see is downloads for 3D_ACE. I wanna try the shiny new version, dammit!

JohnnyBGetgoode wrote:Is EASA/OzVision out yet? All I see is downloads for 3D_ACE. I wanna try the shiny new version, dammit!

if the time allows me, the package that will have the whole generation of (EASA)
It should be available to all by the end of this month of July.

while with the third generation called: (OZ Vision)
he lacks many things so that he is finely finished.
so at the moment it will not be available.
Top

The package containing the complete generation of (EASA) is ready and anyone can download it now.

I hope it works good on any computer.

I am updating my forum in (DoomWorld) and I hope to present new content soon.