Marisa Kirisame wrote:Why would each vendor have different glsl syntax?

They all write their own compilers and they want to be like Microsoft, inventing their own standards as they go along.
Top

The main problem is incompetence. The standard was poorly defined so everybody did the needed extensions their own way.
Fortunately for Vulkan saner heads prevailed and the defined an assembly-like representation with a reference compiler. In general, when compiling shaders, it is strongly recommended to test them with the Vulkan backend. If that works, it should work everywhere, if that doesn't work on some OpenGL driver it's a compiler bug that needs to be reported.

Regarding Microsoft, the biggest problem they were facing over the years was that they needed compiler extensions to handle native Windows features, like structured exception handling. Good luck getting that into a compiler like GCC or Clang. Combine such a problem with a CEO like Steve Ballmer and the result is inevitably problematic. Their more recent compilers are magnitudes better in terms of compliance than what they had been producing in the two decades before.
Top

I can't tell for sure if there's more...
Top

Looks like a typo, I patched it up.
Top

Marisa Kirisame wrote:Looks like a typo, I patched it up.

Thank you so much, Marisa! It worked!

thank you for this! im playing around with it now and trying to give everything a survival horror feel, and combined with dark ambient music it seems to be doing the job. I feel my settings could be better though, so if you have any suggestions please let me know, thank you. im hoping to get a look like this as close as possible (the guy is using ReShade, I know.) :

I've kinda been neglecting this thing, but I do at least plan on pushing a new update soon-ish once I'm finished doing some clean-up.
Top

I couldn't get these shaders work with gles renderer on both 4.6.1 and 4.7.0 , I assume they only work in full ogl renderer ?

I couldn't get these shaders work with gles renderer on both 4.6.1 and 4.7.0 , I assume they only work in full ogl renderer ?

You are correct. Screen shaders do not function in the GLES renderer.
Top

I have finally pushed the new update. Hope y'all enjoy this absolute nonsense. 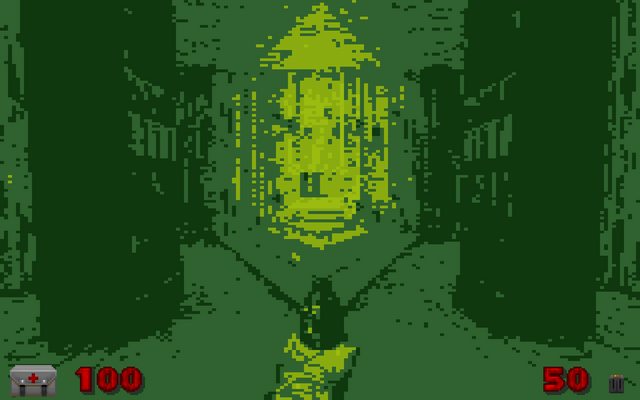 Thought palletization wasn't enough? Well, now you can also add downscaling on top of it, for that true retraux feel.

There have also been some other notable changes:
Top

Hey, i love the shader! Since this is a port and you know what you are doing, would it be possible do port this to reshade?
Top

This is fantastic, thanks for making this

Woe is me because I do enjoy the Blur & Sharpen part of the BlurSharpShift though ':)

Note: I was testing the film grain and I think the grain speed might not be working? Not seeing a difference no matter the value.
Top

It's more noticeable in the pattern artifacts caused by the two-pass grain. Really depends on the magnification adjustments of each layer.
Top
28 posts