Greetings fellow Doomers, I've been working on a little something the last few months! 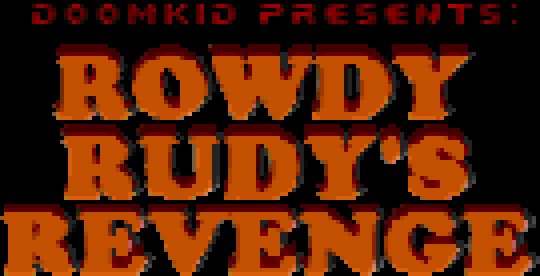 When it was founded in 2055, the UAC was a force for good.
Their research led to the development of teleportation, extreme advances
in medicine and leaps in interstellar travel.

In 2080, the leader of the Cult known as 'The Protectors' spoke to
then president of the UAC. There was an instant change from that day
forward. The president suddenly announced a new project to open a
gateway to the so-called 'spiritual realm'. Some employees of the UAC
questioned this decision and left, however many remained. As time went
on, less and less time and funding went towards egalitarian causes and
more was funneled into the Spiritual Portal Project.

Rudy and his brother Jamal are ex-marines, doomsday preppers and
conspiracy theorists. While the UAC and The Protectors have tried to
keep quiet about their recent project, a few have inflitrated UAC
bases and leaked information. The Protectors and the UAC had plans
to finally open their 'spiritual portal' in the middle of the city.
Jamal went to the site, armed to the teeth, but was brutally killed
along with several hundred others when their attempt to open
the portal failed, resulting in a massive explosion. Since then
there have been reports of almost zombie-like people wandering the
streets and attacking civilians, many of them dressed hoods and capes
worn by The Protectors.

Rudy is overcome with anger at the loss of his brother. Using his
knowledge of UAC operations, he makes his way up into the hills
to a secret base. He plans to take them down by force and kill
anything they throw at him, avenge his brother and save the world from
any more destruction caused by the UAC or The Protectors. Ultimately,
he must find the heart of their operation and destroy it.

While Rowdy Rudy's Revenge remains largely a classic-Doomy experience,
there are a number of changes to enemies and weapons. Here is a detailed
list so you know what to expect when you play.

Weak Chaingunner
HP: 60
Only drops a clip rather than a chaingun. (Sprite created by HorrorMovieGuy)

Blind Pinky
HP: 150
He cant see but he sure can smell. (Sprite created by HorrorMovieGuy)

Toxicacodemon
HP: 400
This little bugger makes his way into a lot of my wads. Spits a Baron's toxic ball.


There's also a bayonet weapon and repeater-rifle instead of fists and a pistol. They
both deal more than twice as much damage as their original counterparts and the rifle
is 100% accurate! Perfect for all the snipers out there.

The texture resource used here is "High Resolution Textures w/o the High Resolution",
converted by 40oz with thanks to Kurikai for maintaining the JDTP. Various graphics
have also been lovingly borrowed from Freedoom, mainly a few HUD elements. The weapons
are from blackglov.wad by Grimm, the Alpha Dooms and Complex Doom, with further edits
and recoloring done by myself. The playpal lump comes from the original DBZ Doom.
Various graphical resources were borrowed from older versions of Skulltag.wad.
The HUD sprite of Rudy's face was based on Zharkov by Xaser with recoloring and further
editing by myself.
The mapping, dehacked work, endoom screen and many various graphic edits were done by yours truly.

Well, what are you waiting for. Get fragging!

Please let me know what you think, all feedback is greatly appreciated!
Last edited by Doomkid on Mon Jan 07, 2019 6:19 am, edited 2 times in total.
Top

Hoo boy, this was a damn fine wad

If classic Doom gameplay was what you tried for, you did a damn good job. The level design definitely gives me the nostalgic vibes of classic ID maps, although the theme, weapons and enemies reminds me of Duke Nukem 3D. Ah, hell maybe that's just me. I gotta mention the sound aspect too - we got kinda dorky considering the setting, but pleasant new midi's, and MEATY new sounds for the weapons. I have to say though, this wad has kicked my ass raw. In my overconfidence, i started with the 'extreme' difficulty, that sat in place of 'ultra violence' I started off without ammo and, as ashamed as I am, I died almost immediatly, for my melee play is uh... less than perfect. Even after killing the imps I died multiple times, mostly due to lack of ammo. Switching to 'hard' helped a lot though, as it removed a couple of enemies and placed a vital ammo box near the entrance. I will replay it on 'extreme' later though, my goddamn pride demands it!
Top

I thought that forcing the player to start with the bayonet might be controversial, so I was sure to add ammo near the start on every map on the hard setting, but I get what you mean about the pride thing! I appreciate the post

So I played through the first 5 maps so far and I really like what I've seen. I really like the former human sprite replacements, and the chaingunner variants which look awesome!
The custom sprites looked great, the new textures looked great, the map layouts were fluid and open and the combat was well executed. I think this works very well as a short map pack and am eagerly looking to finishing off the rest of the set.
I'll put together a detailed map by map review later when I complete the set.
Top

Cheers Voltcom, I'm looking forward to hearing your thoughts whenever you finish up

So I've completed the entire set of levels and enjoyed it for the most part. I think the ending music was the perfect ending to the insanity which manifested itself over the last 4 maps. If you'd like I can PM you my notes I'd made on each map.

I enjoyed the interconnectivity of the maps and especially how diligently the maps made the ending visible right from the start. There was a very strong Doom cosmetic which seemed to me what Doom2 would have looked like it kept the same texturing standards as E1 of Doom. Also, the openness of the maps made for some great maneuverability and I found myself strafe running imp projectiles and baron fireballs while firing volleys of plasma into my foes quite often.

. There was one specific encounter on a lift,which brought me up against a group of chaingunners & an
archvile (which seemed very cheap.) But other than a few minor gripes this was a blast to play and it ran great. So yeah, another job well done!
Top

Thanks so much for the detailed response! I'd love to hear your notes for each map, that would be super helpful to me

This looks like an honest-to-goodness "classic" DooM map set. Downloading now, and will report back when I've played it.

[EDIT: And, of course, I missed the other glaring reference: The one pertaining to Chunga's desire for retribution.]
Top

ReX, I am so glad there there's someone in the community who catches all my Zappa references.

If you decide to leave some feedback, I would love to hear it!
Top

Doomkid wrote:... someone in the community who catches all my Zappa references.

That's because I'm an old geezer who (sort of) grew up on Joe's Garage ("It was a Stratocaster with a whammy bar"), Apostrophe ("I saw a handsome parish lady,
make her entrance like a queen."), Zoot Allures ("The flies all green and buzzing ..."), Sheikh Yerbouti ("Sort of drifted along into S&M"), Chunga's Revenge ("Would you go all the way for the U.S.O.?"), and so many more.


If you decide to leave some feedback, I would love to hear it!

Working on it. Nowadays I just have these brief periods of free time, and I'm gearing up to playing Rowdy Rudy's Revenge when I get a chance.
Top

Hey fellas, just wanted to let you know this is on idgames now!

Nice to see a veteran of the community return! This is a really fun mapset that can be played through very quickly. It definitely evokes an era of early DooM Modding such as STRAiN, Hell 2 Pay and the Darkening, where the DEHACKED work and texture reskinning gives the WAD a sense of its own identity while still preserving solid and timeless vanilla DooM gameplay. I played through the whole mapset on Skill 3 (Hard) and didn't find it all too difficult. The maps were fairly easy to navigate and included a few tough challenging fights, but the very generous ammo supplied in the maps make it smooth sailing, at least until the later levels. Overall the gameplay is very fun and the maps are interesting. This actually one of the first vanilla doom mapsets I've played in a while and it was a breath of fresh air. It goes to show how far doom mapping and modding has come along, but at its core, DooM is still a kickass game, and sometimes you don't have to reinvent the wheel to create a good experience.
Top

Only here for two things: to play the mapset and to say that Hot Rats is my favorite Zappa disc.

I've tried Mothers's first album, but... i couldn't. Maybe i am not ready for it yet.
Top

Thanks a ton Baratus for the kind words, I'm happy that you had a good time with it!

GAA1992 Hot Rats is a brilliant album, their first one is kind of cheesy by comparison, but there's a lot of humor to it as well. I also absolutely have to recommend Overnite Sensation, Joe's Garage, Chunga's Revenge... I'll stop myself here or else I'll list 15 albums!
Top

I also highly recommend the remastered & repackaged "Apostrophe/ Overnite Sensation". Double the goodies, double the fun. Phenomenal social commentary in songs such as "I'm the Slime" and "Cosmik Debris", and funny-as-heck songs like "Montana" and "Don't Eat That Yellow Snow".

But staying on topic: DK, sadly, my day job has kept me from playing your "Triple R". But it is at the top of my play-list.
Top
18 posts