Projects that have specifically been abandoned or considered "dead" get moved here, so people will quit bumping them. If your project has wound up here and it should not be, contact a moderator to have it moved back to the land of the living.
36 posts

Seen some WIP footage on Discord channel. And i gotta say, you really nailed the whole... I mean all the style of Wolf3D ports have! The Custom Intro and the intermission briefing was great. I also love the fact that you actually can pick up dead guards' helmet and actually use it as a real protection.

Spoiler: But except some unusual changes. Such as:
- BJ does not grunt when get hit.

- Is it me? Or the overall enemies are sluggish than usual? Even Officers are quite slow unlike the original counterpart. But for some reason, Guards would shoot you insight instead of give you the warning.

- You can eat the bread to gain 1% of health, but you can't drink from a pool of blood when your health is down to 15%.

- The damage of the Missile Launcher is quite underwhelming than Flamethrower. Even guards take two missiles to kill.

- Speaking of Flamethrower, the projectile's explosion is rather big and barely transparent, blocking the view quite often. I know it was in the original port, but can you at least animate it a bit faster?

- I hope the enemies has their own distinctive sound effects. Officers has the same sound effect as Guards have.

- Thanks to SS dropping fully-loaded Machine Gun and the Backpack, the ammo shortage is not really a thing. Therefore, making Machine Gun's ammo-saving role quite pointless.

- Bosses' alert and death sound does not ring throughout the background. What i'm saying is that the bosses seem don't have both BOSS and BOSSDEATH flags!

- The episode 1 intermission has a typo: it's "nerce gas".

- Metal Door closing sound effect is not powerful enough just like in the original port. I thought it was great for the ambient tho.

- Secret Wall moving sound effect loops quite weirdly. I think playing it just once is enough!

I absolutely love this project. Keep it up!
Top

Let me know what you think about the new SMG graphic and if I should use it or keep the old one.
Top

Finally seeing that classic machine gun in HD. Nice job HD-fying it! Tho it might need the classic firing sound effect and smaller casings. Casings looks unnecessarily big and thick.

Maybe this will help?
Top

SMG - I'd go with the new one definitely.
Top

I like the new SMG, but I would personally go for the original.
Top

Set up a poll for changing the name of this TC to something much better.

Let me know what you guys think and maybe later on I'll set up a discord.
Top

i voted for the first one:)
Top

JoeyTD wrote: Let me know what you think about the new SMG graphic and if I should use it or keep the old one.

You can do the menu switch option, as usual. By the way, I would have completed this with an MAC's pistol, since it is also a direct rework of the original.
Top

JoeyTD wrote: Let me know what you think about the new SMG graphic and if I should use it or keep the old one.

You can do the menu switch option, as usual. By the way, I would have completed this with an MAC's pistol, since it is also a direct rework of the original.

If you got the code and are welling to share that, I could add that in.
Top

When I start a new game I just get regular stock DOOM levels. 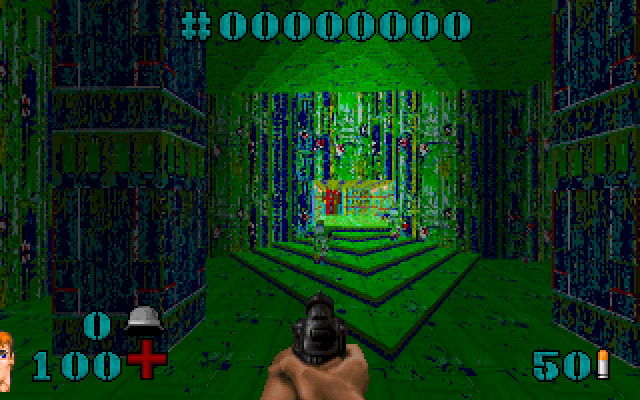